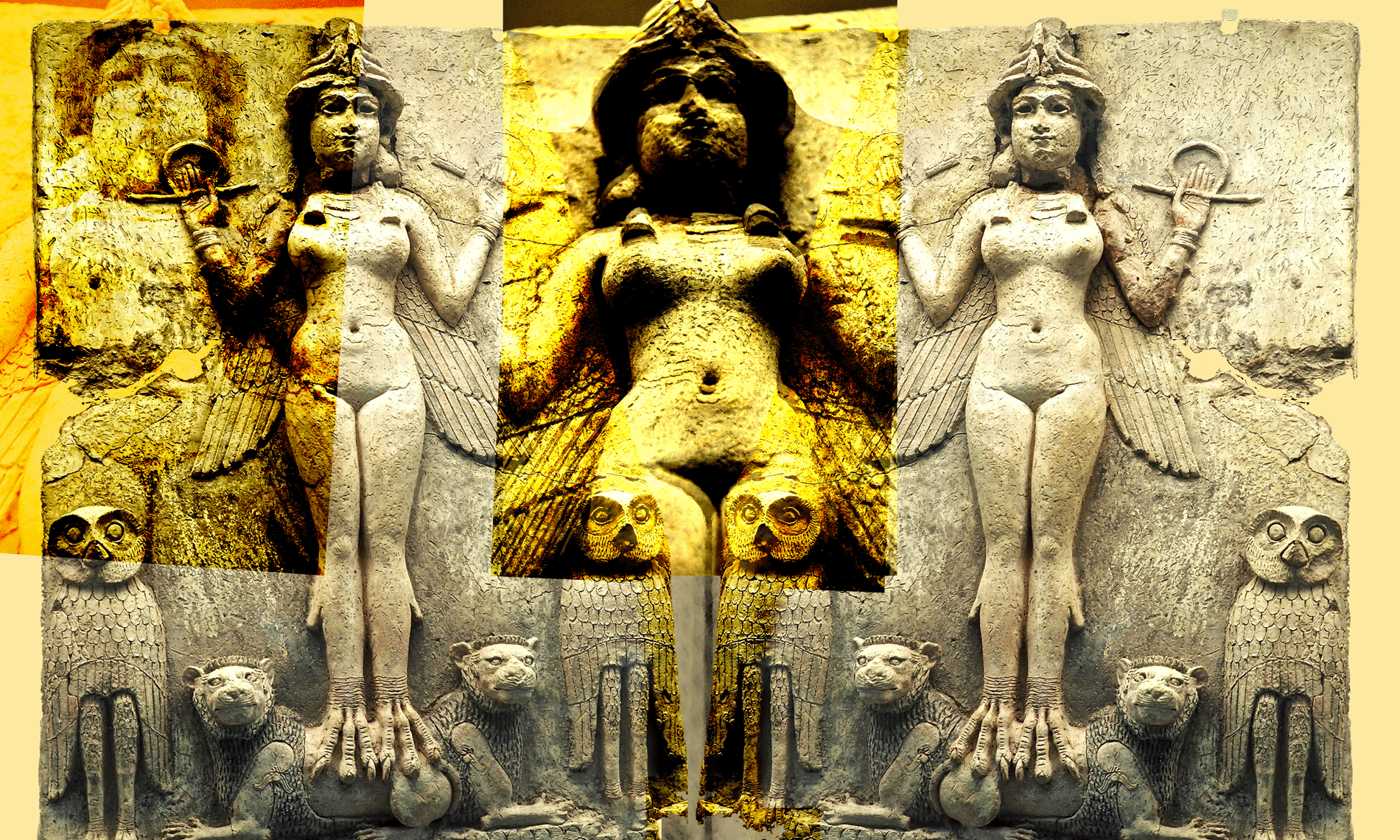 The former gods are all right. Their way. But the former goddesses are much more interesting. We were created, pampered, nourished, educated by goddesses. Our humanity, fifth of the name, began with a long matriarchy. A very, very long female supremacy, oh yes.

Ereshkigal, the “Lady of the Great Earth” is the goddess of the world of the dead, the Mesopotamian Hells. Prince Nergal gave her a son. Apart from this love story, not much is known about the female patron of Grand En-Bas.

What does Ereshkigal mean? We could break it down into phonemes of the original language, but Google Trad put me on another track: Bengali. It is one of the Indian languages, the one we speak in Bengal and Bangla Desh. In Bengali, Ereshkigal is written: ইরেশ কি গল্ and means: What the hell? It can also be written: এর এস কি গল্ which means: What’s new? Kind of a joke or fresh new track? Wait and see.

In Turkish, these phonemes mean something else: er (private) esk (old) igal (occupation). In Estonian, igal = all. Which evokes something like: Former secret mission (of general interest).

Very different from Christian hell, Mesapotamian hells seem to be an interior space where the dead are held. These hells were first called KUR or The Mountain. Subsequently, they were relocated underground, but retained the name of KUR. They are under our feet and we call them the Mountain … Why?

Let’s see. K UR, this name indicates UR, the origin of the Gods before, and UR, the first city of the gods on earth. Why does (k) ur mean the Mountain? For the same reason that the Greeks located the domain of the gods on Mount Olympus. The theme of the god on the mountain is a recurring myth on all continents. Because to go to the Gods, you first had to climb a mountain. This is due to the flying machines of the gods before, which could only take off from a height, a truncated pyramid, a level mountain … I discussed this question in detail in The Thrones of Solomon.

The idea to remember is that in the past, to go to the gods, you had to go through the Mountain, while now, you have to go down to Lady Ereshkigal. 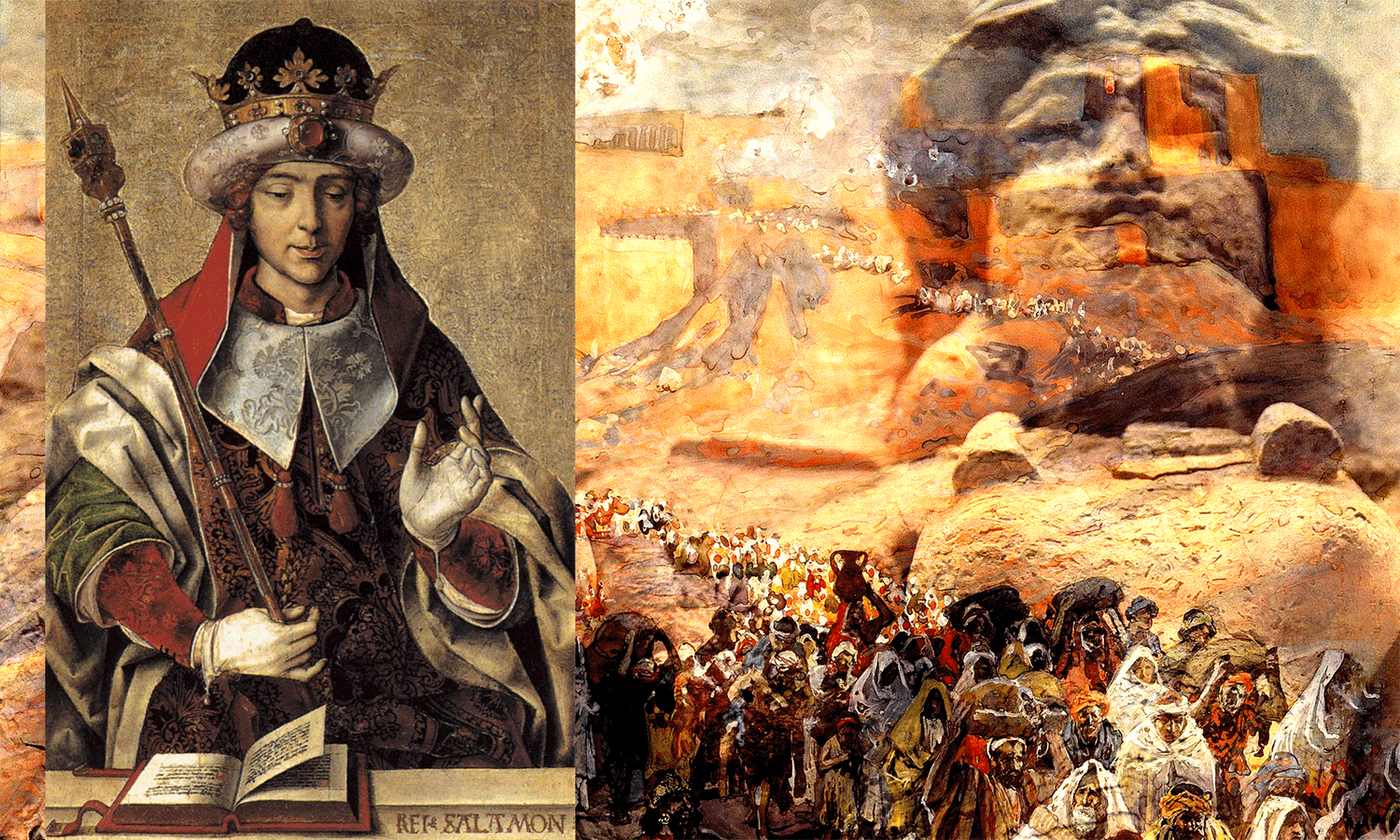 It is present in stories such as Inanna’s Descent into Hell or Nergal and Ereshkigal or in the Hymns to the Temples. She reigns in her palace named Ganzer, assisted by some infernal gods, but cut off from all relations with the living on the surface and the gods above. Thus we deduce it from a few snatches collected on his account at random from the cuneiform tablets.

Ganzer, in German, means whole / entire. What is an entire palace? A large palace? Or an airlock that gives access to the entire universe? For now, let’s limit ourselves to these speculations. Here we know the name of her palace,Thus we know the name of his palace, but we do not know what her activity as Reine d’En Bas consists of. Does she take care of the dead in her care? Not really. She explains to her lover that if he does not come down to join her, she will restore life to all the dead who will come to invade the earth. This threat decides the poor transi, Nergal, whose name means in Swedish: The one that a girl draws down. (Ner = down; Gal = girl).

The Swedish language suggests that Nergal is Hyperborean. There is every likelihood that the legendary Sumerian corpus is a relocation of events that took place further north, in Hyperborea and on Celtic lands.

But this mytheme means that the dead really are. Ereshkigal therefore has nothing to do to take care of them, they are dead. Big difference with Christian hell, where the dead are very much alive, where sinners have their loaves roasted and their balls straddled by polymorphous perverse bastards, like the Catholic clergy. But then, what does Ereshkigal occupy her time with, all alone in the midst of maccabs? Not to mention the smell, she must have been pissed off at a hundred cents an hour. Especially before her lover comes downstairs to do stuff and a kid on her. It occupies.

Ereshkigal sang all summer
Winter came, she is worried
About the place she had to live.
She went to cry misery
At Inanna her heart sister
Begging her to lend her
Her palace to survive
In these fucking Hells.

Inanna would not be selfish
She believes she is a dish.
-Is this all you really need?
She said to the cheeky bitch.
-Would you give a bit to eat?
Anything to dress and change?
Could you lend me any crew?
A maid in her home on the range?
And a coachman and a groom,
Roaster, lackey, miller, jockey
A thousand bucks for the mass …

Inanna turned and showed her ass.

Ereshkigal is a great lady who doesn’t worry about details. We call her the Lady of Grand Land. Why ? Because Grand Land is its domain. The basement. If the Earth is hollow as many ancient texts claim, that makes a lot of room inside. Hence Grand Land.

The Mountain down. The Very Grand Place opens onto infinity. Not figuratively, but literally. Under our feet, in our Mother’s womb, there is a passage. A Stargate. An airlock to Elsewhere. A White Bridge that shines with all the desires of men.

It is not a single door, but seven in a row.

Ereshkigal is the Guardian of the Threshold. For all the dead on this planet, it is the obligatory passage to the rest of our post-mortem adventure. This is her job where she excels. And by dead I mean those who have known initiatory death. Those who have passed the hard course of Arcane XIII. Who have known awakening. It is about that threshold. The one-way journey that tears us away from the earth’s gravity to make ephemerals of us that the wind blows around at will. Attracted by the bright light, we burn our wings on all the headlights of the wreckers.

Grandmother Ereshkigal is the Grand Guardian of the obligatory passage. Of the desired bottleneck. Of the narrow gate. Of the eye of the needle.

Humility, always and again. If you are nothing, no one can stop you from moving forward.

The god Nergal falls in love with her and goes down to join her in hell. To achieve this, he must break seven doors, says the legend. What I see there is the mytheme “the seven doors“. Which makes me want to go further. Much further.

I am not a scientist. These people cultivate certainty on the ground of approximation. I try to reverse it. Faced with the facts, traces, proofs, concordances, concomitances, faced with all that supports this other history deciphered day after day, I do not cry victory. I just believe without believing it. 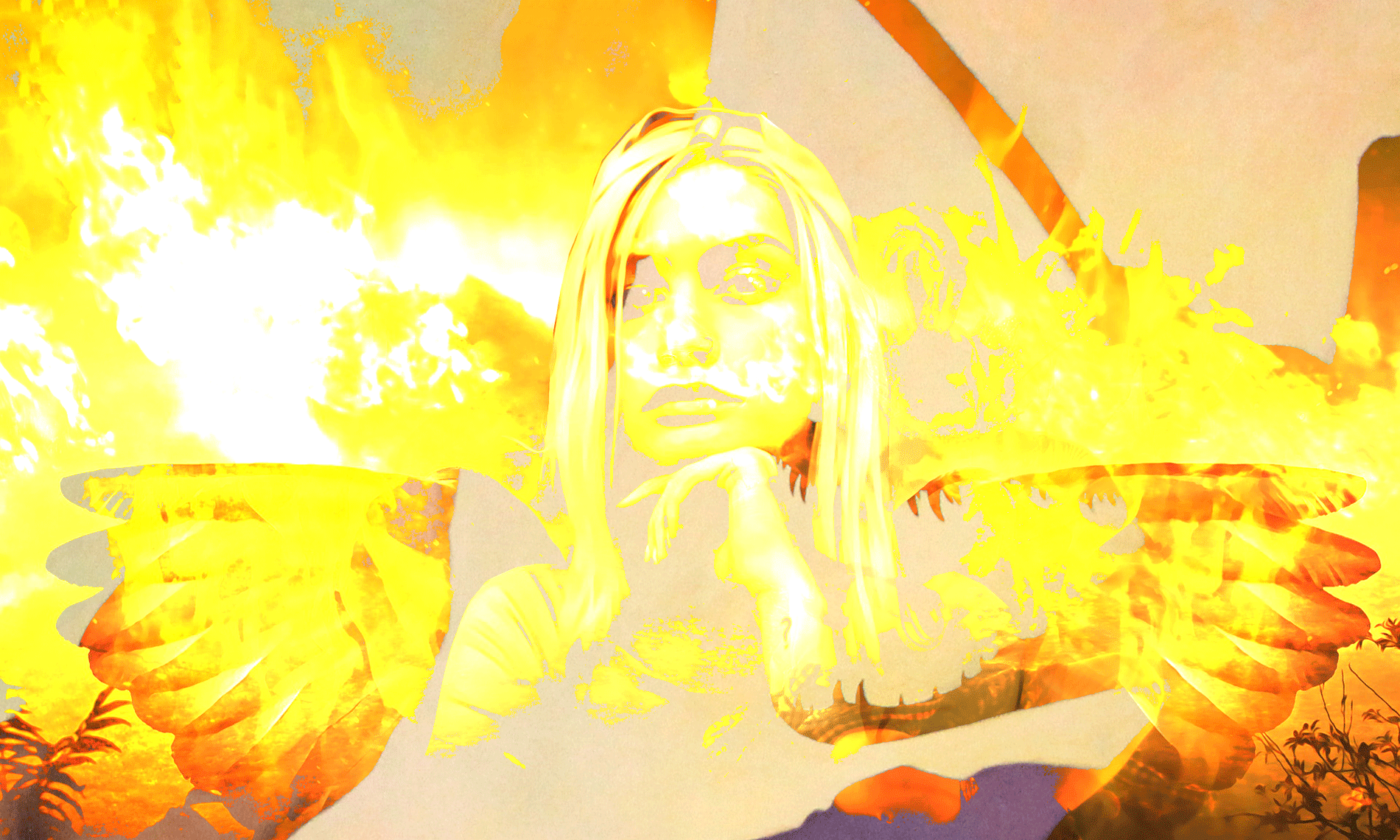 The first is the Wooden door. Whoever pushes it with a light heart manages to move it alone.

The second is the Iron gate. He who pushes it with an offered heart is ready for the transference.

Opens at three the door of the Heart. He who can tear his heart out sees the end of his misfortune.

Fourth door is named Virtue. Will open with a sharp cry. Thus opens the V of Virtue.

Fifth door is called Anger. Whoever breaks out will relax the atmosphere.

At the last, give up your very life. Give up your ultimate hope. With this renunciation, become what you are: a duck down that the wind deposits on the Lake of Time.