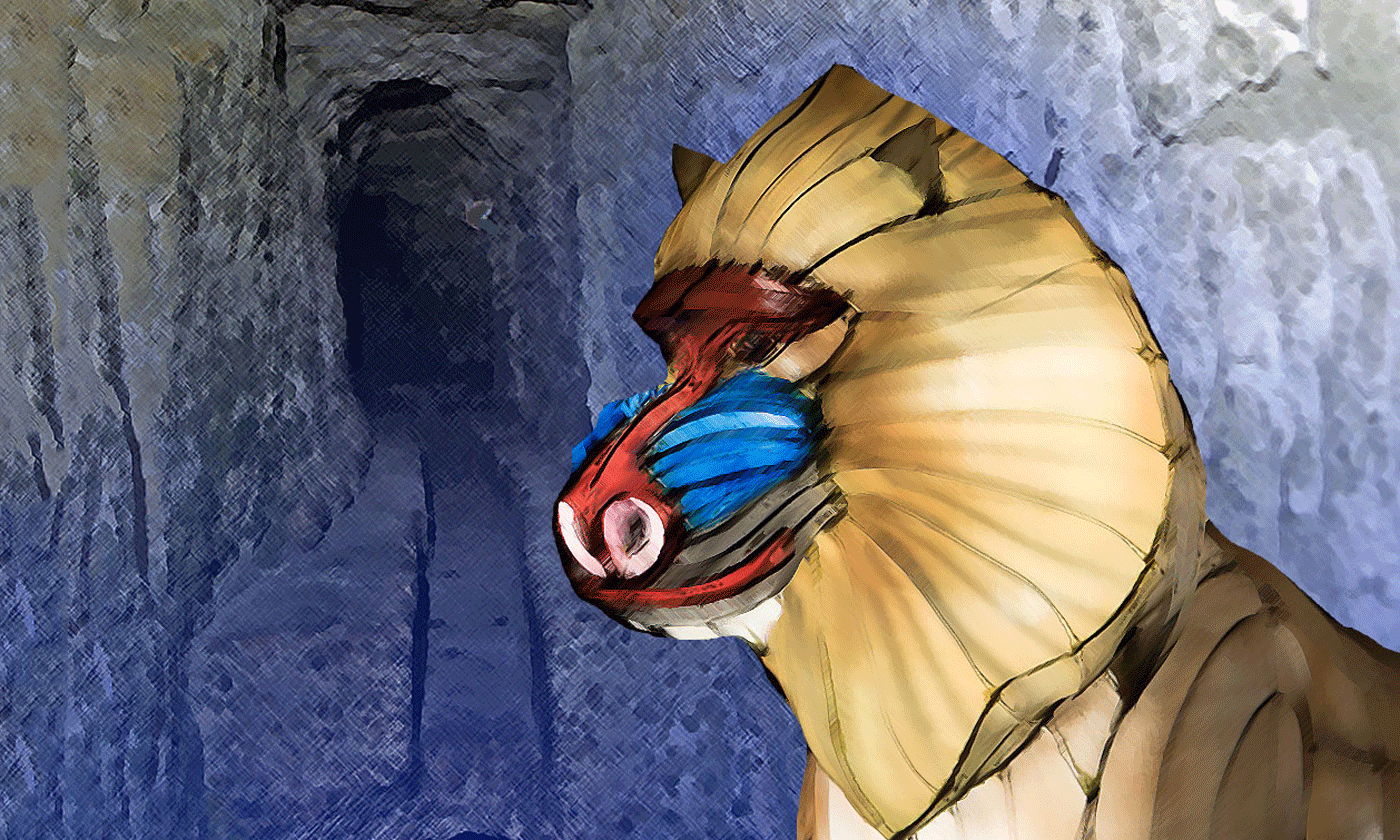 Teutates is the name of the main Celtic god. And Teutates is simply TOTH HADES, Toth the baboon god of the Egyptians, and Hades the god of the Greco-Roman Hell, this world which is under our feet.

As the friend Alain Aillet explained to us, it is even possible that the god Toth is not involved in this affair. Teuth or Tioth or Tuath, in the original language, means the people, “those of”, as in the expression Tuatha De Danann, Those of the Goddess Dana Ann. That could also be translated as: The Sons of Notre DameOur Lady, since Dame AnneLady Ann is entirely contained in Dana Ann.

Thus, by the way, we learn that the French cathedrals which for the most part are called Notre Dame, were not designed and built in honor of the Virgin Mary, but indeed in honor of the great goddess Ann, or Ana, who was later masculinized in Anu, the main god of Anunna. That we could very well write Anu Anna. The Romanesque and Gothic cathedrals were not intended to praise the mother of Jesus, since it seems the invention of Jesus is later than their construction.They were dedicated to the great goddess, who is called Anna, Notre Dame, Hathor or Isis …

Churches, crypts and cathedrals were athanor, machines of enlightenment. Please do feel and compare Hathor and Athanor. The pedauques or cagots built them for this purpose: to promote the rise of energy, in the eye of the labyrinth when there is one, or in the choir of cathedrals, always surrounded by a walkway with adjoining radial chapels, walkway that was always filled with a crowd of walkers pilgrims, practitioners come to do their devotions, but also merchants, entrepreneurs, shopkeepers, various traders who came there to meet their customers and close deals. All this people kept on walking aroud.

This incessant parade made the energy rise in the choir where the bishop and his clergy gorged themselves. Pilgrims and practitioners, all pious people and believers, did not come to kneel in the nave to pray to a murdered god, but to receive the supreme grace, the gift of Isis, namely the awakening by lightning or by the vril energy. That’s why they preferred to walk, to attract the grace that came from Isis. The nave, for this purpose, was not encumbered with any chair or bench. We wandered freely around the Emperor’s houses. This is the exact translation of basilica, term derived from the Greek basileus, ie emperor.

Do not think I lost my thread. I hold him tight. The art of the storyteller is to take by the hand, or rather by the ear, a public under the charm that is taken step by step on the paths of “seeing“. For this purpose, it is essential to set the scene. Here, speaking of cathedrals, the decor that everyone has in mind is nothing less than inexact. Fabric of mischief and untruths whose frame is tight. How do you expect me to tell you about Teutates or Toutatis, the main god of the Gauls, if you do not feel in your fibers that cathedrals owe much more to the old Gaulish religion than to the new three-headed religion, Christianity – Judaism – Islam?

Three heads for one religion? That’s what I feel. For me, the three religions of the Book are cousins, even half-sisters. As often, it is their close proximity that feeds their resentment and fuels hatred of each other. It is rather piquant to note that this sterile and counterproductive tragedy probably has no other origin than the common necessity of all three to erase the memory of the previous cult, the Old Religion of the awakening, dethroned by these three religions of falling asleep.

Teutates, who are you? Well, even Wikipedia is forced to admit that he is above all the boss of reincarnation. As such, Teutates reigns over the underworld, which was then not perceived as a place of penance and suffering, but on the contrary as the only possibility of survival, even of reincarnation. The three new religions do not believe in reincarnation. Judaism does not believe in the immortal soul or in paradise. Should we see a progress of reason? Must we say that the Gauls were indecipherable naive? Should we roll in the rationalist excess that the so-called Enlightenment has imposed in Europe? The reader will judge.

In Celtic mythology, Teutates is the one who judges the dead and decides the reincarnation they deserve or better, if they deserve to live forever in the territory of Aballon, territory where we find apples like his name. ‘indicates, and in all seasons. In the inscriptions, Teutates is only associated with that of Mars: Marti Toutati. We find this type of inscription especially in the island of Brittany where there are inscriptions dedicated to Mars-Toutatis and where it seems that his cult is widespread. (source)

Crossing a ditch of misunderstanding, I took advantage of one of my stories to make Teutates the patron of the world from below, the god of Hell in the Greco-Latin sense of the term. What is above is like what is below. There is another world within this one / The border is inside and the fear stops here. When I wrote this song, I was thinking of the astral plane. This world I wanted to talk about was the world we all carry within ourselves. Now I do not really hear it that way anymore. (source) 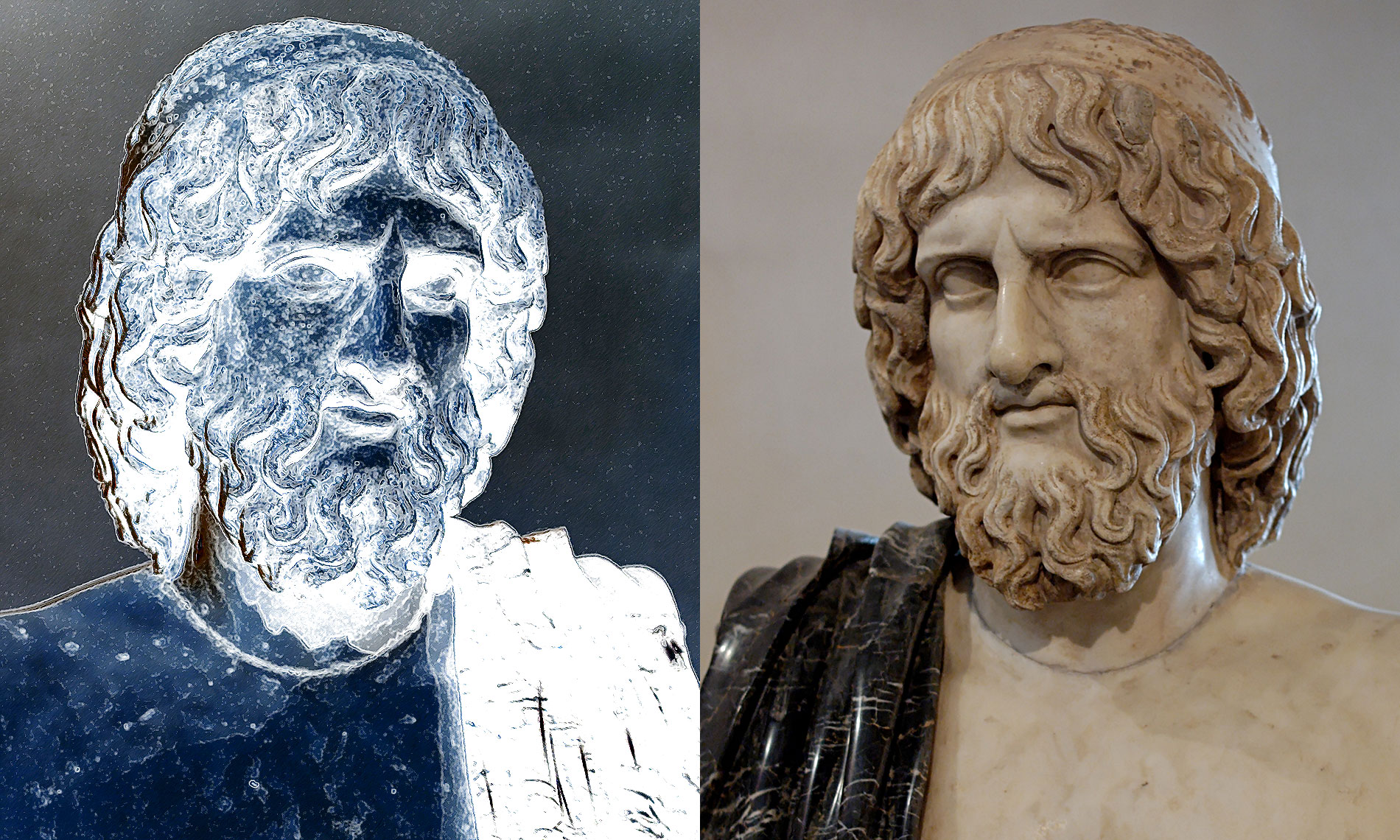 His name is quite something. Teuth Hades. The Inner People. Those of the Earth Core. Hades is the Greco-Roman god of hell, this land of the dead, under our feet. Hades is the god who reigns over the underworld where the shadows of the dead stay. (source) In Greek mythology, Hades is a chthonian divinity, elder brother of Zeus and Poseidon.

As Zeus governs Heavenand Earth and Poseidon governs the Sea, Hades reigns under the earth and for this reason he is often considered the “master of the underworld” (source) Elder brother of Zeus and Poseidon. Recall that Zeus reorganized on Hyperborea, while Poseidon reigned over Atlantis. It is therefore logical that their older brother also had his empire, distinct from the other two on which he reigned supreme. this empire is the hollow earth, the world under our feet.

Let’s see now what to think of good old Toth. “Thoth is the messenger of the gods, and worshiped everywhere in Egypt as the god of the moon, master of letters and sciences, inventions, spokesperson and archivist of the gods. He became the god of wisdom whose broad knowledge was associated with magic, music, medicine, astronomy, geometry, drawing and writing.

Endowed with all knowledge and all wisdom, he is the inventor of sciences and arts: arithmetic, surveying, geometry, astronomy, divination, magic, medicine and surgery, music with string and wind instruments, drawing and especially writing, without which humanity would have run the risk of forgetting its doctrines and losing the advantage of its discoveries.

As an inventor of hieroglyphics, “Lord of divine words,” Thoth is often also called Semsu, “the Elder”, as the first of the magicians, his disciples, who boasted to freely enter the crypt where he had locked up his books in magic, in which they made a point of deciphering and learning “those formulas which command all the forces of nature and enslave the gods themselves”. It was this infinite power which his followers attributed to him, which gave him the name of Thoth, three times very great, which the Greeks assimilated Hermes Trismegistus.

The texts often give him, as companion, Maat, the goddess of Truth and Justice, but in no temple do they find them assembled; On the other hand, he is known for two wives, Seshat and Nehemetayay, “the one who wrings evil”, who form with him, at Hermopolis, two triads of which the gods are Hornoub son for the first and Nefer Hor for the second.

Thoth served as arbiter between the gods. In the legend of Osiris, he protected Isis during her pregnancy and healed her son Horus when Seth snatched his left eye. Later Thoth was identified with the Greek god Hermes in the form of Hermes Trismegistus (“Hermes three times tall”), a form in which he remained popular in medieval magic and alchemy.

Thoth was also a god of the Hereafter, who recorded judgments on the souls of the dead. Sometimes it was Thot himself who weighed the hearts of the dead against the feather of Ma’at in the room of the Two Truths.” (source)

Still a god of the afterlife? Unless it is from below? You noted that he was doing his scientific books in his crypt. And his disciples knew the secret access. But it looks like two drops of water to the tale of Aorn and his Memoirs of Overseas! Toth the Deep. Another god of the basement. But is he a real god? No, protest Alain Aillet. Toth is a people. Who is called the Elder, ie AHN, would say Alain Aillet. The people who belongs to this planet. They were here long before us. They are the people of the depths, those who know everything, those who have taught us everything, mathematics, astronomy, writing, science, music … Toth Hermes, these are the ones before, that I call well unduly the former gods, and who are not more gods than you and me. But not less gods either! 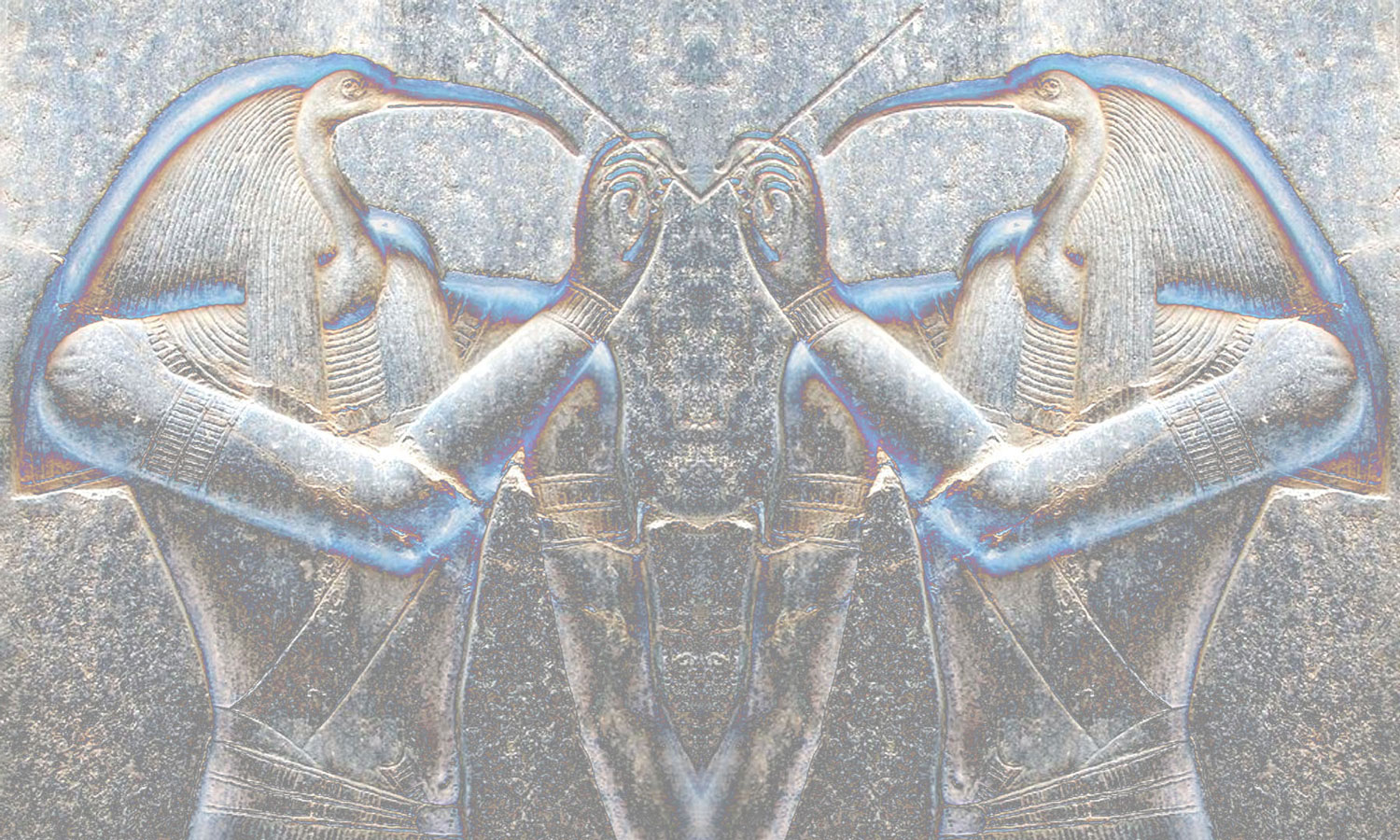 Subsidiary question: why is Hermes appointed Trismegistus, the three time big one? Because he is three times taller than us. Take the size of humans from prehistory. They measured around 1.5 m. Three times their size gives us the size of the elder people. These giants were more than 4 meters tall …