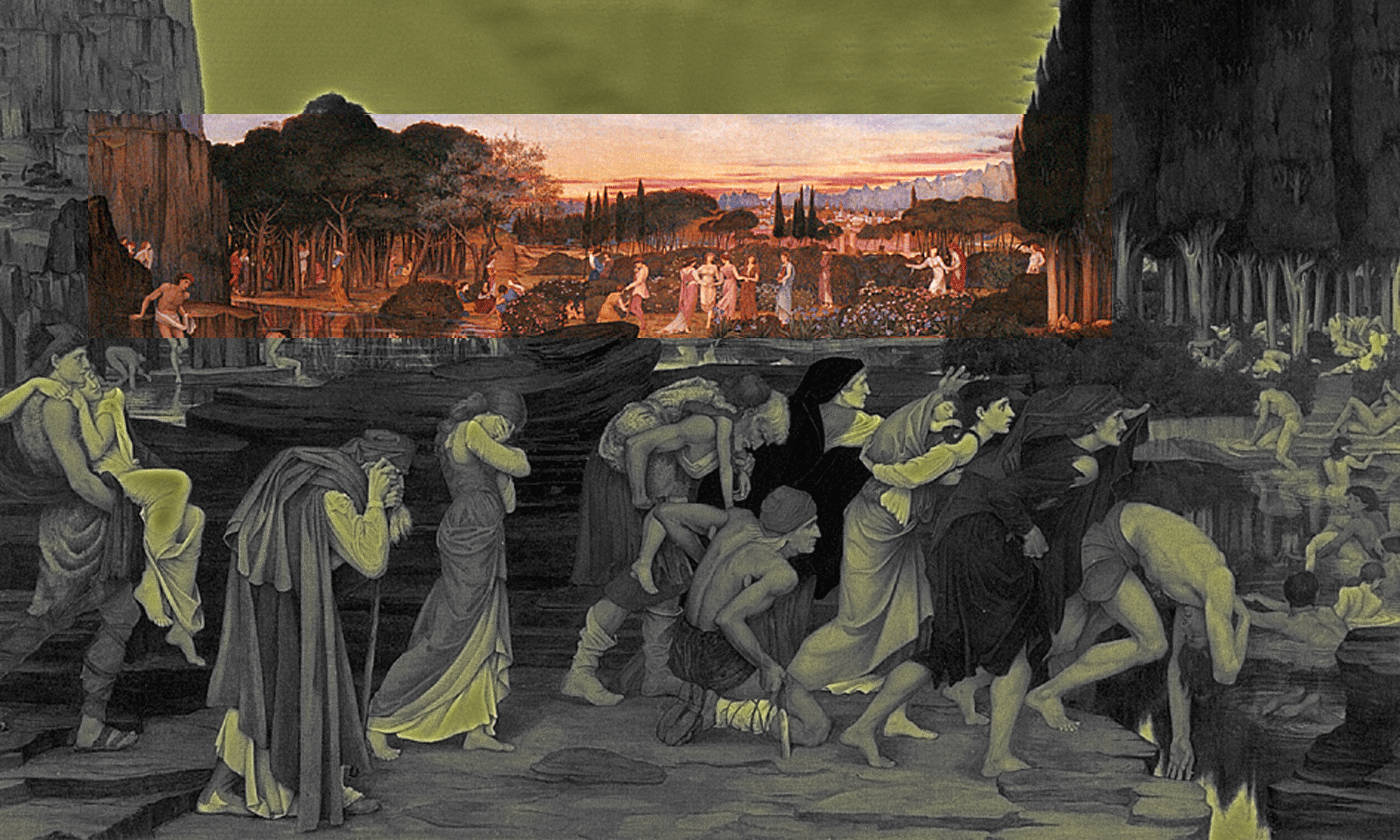 In Greek mythology, I told the story of the god Orpheus who will seek his beloved in the world of the dead. Hell and the world are connected, tells this legend and some others of the same ilk.

The fact is very present in the ancient world. Many legends and stories say that the passage between the two worlds can be done easily in both directions.

I believe that this world of the dead is like ours. How could Eurydice be dead, since she is divine in nature? Indeed, Eurydice is a dryad. “Dryads are, in Greek mythology, nymphs (minor deities) related to trees in general and more particularly to oaks.” (source)

Not being a god myself, I’m still in love with dryads. With Ronsard and Idéfix, I cry when a beautiful tree is felled.

Look, lumberjack, stop the arm a little.
You are not throwing wood down.
Can’t you see the blood, which drips by force,
Of the nymphs that lived beneath the rough bark? (source)Pierre de Ronsard Elégies, XXIV, Contre les bûcherons de la forêt de Gastine – translation Xavier Séguin 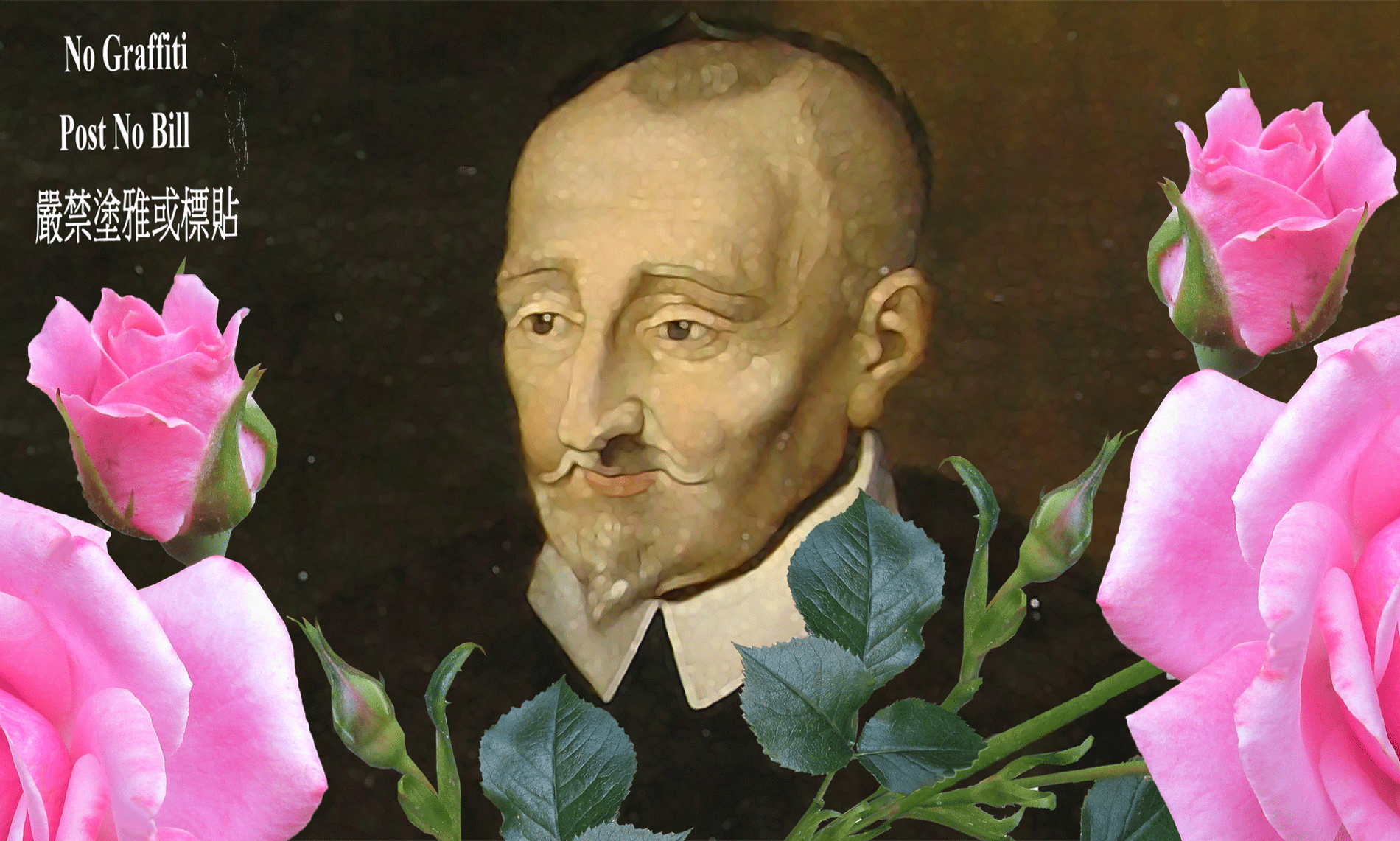 These nymphs, goddesses of the trees, are the dryads. Eurydice was one of them. One of two things: either Eurydice is not dead and in this case the Underworld is a world like ours where she is held captive, or the gods are mortal, which in my opinion is more than possible. But this is not the subject.

As for me, I am convinced that hell, or rather the Greco-Roman Hells did not designate the land of the dead. It evoked this world under our feet, Agartha of legends, Sidhe of the Tuatha De Danaan, Amenta of the ancient Egyptians,  Abzu of the Sumerians, Macuxi of the Amerindians.

We could even add Atlantis of Plato, since the philosopher believes that this island is engulfed in the Atlantic Ocean. This proves nothing, because the old Plato has accumulated the misunderstood: the myth of the cave, the sky of intelligibles, the logos, it seems that the student he has been did not understand the teaching of the Druids.

Greco-Latin hell is not a place of death, but of life. It is one of the three worlds in which humans can live. Over each of these three worlds reigns an almighty god. Our world is ruled by Zeus God. The world of the sea is under the orders of Poseidon. And the underworld administered by Hades, who is called Toth Hades among Egyptian priests and Teutates among the Gauls.

We have seen that Poseidon had a successor: Atlas ruled Atlantis after the death of his father. Becoming king from father to son is therefore a divine institution, which humans have piously imitated, as they did for all others.

The very basis of our human civilization is woven with gold thread, the divine and universal rule taught to us by the ancient astronauts, superhuman visitors from the star Alcor, in the constellation Ursa Major.

If these three worlds are indeed inhabited by the living like us, why then did the Greeks and the Romans make them the abode of the dead? The answer is very simple. The underground world hides secrets that cannot be revealed to ordinary people. Not all living people who venture there can get out. Not seeing them return, the ancients supposed them to be dead. 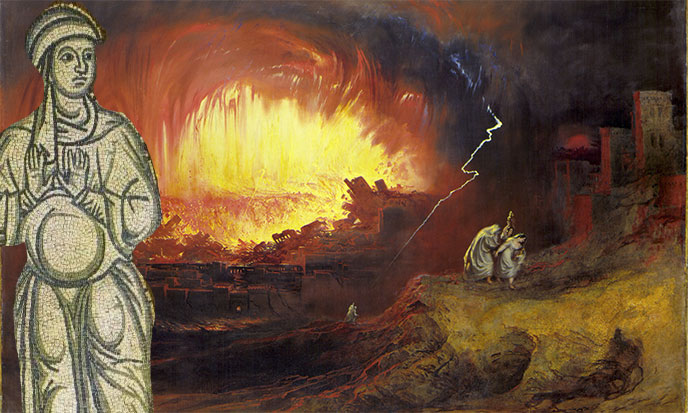 There are at least two other mythological occurrences of this prohibition on turning around when leaving a sacred place. Or dangerous. We remember the biblical episode of Sodom, when Lot’s wifewife of a lot? turns around despite the formal ban given by Yahveh. She sees Sodom in flames and the radiations of the divine explosion transform her into a block of salt.

Very far from there, in popular culture of Japan, there is also the episode of Narayama. Palme d’Or at Cannes in 1983, The Ballad of Narayama by Shohei Imamura recounts this terrible Japanese custom which consisted in abandoning the ancients in the West Mountain as soon as they were too old to help with household chores.

Having become a burden for their family and the community, the old people had to go to the top carried on the back of their eldest son. Arrived at the top, the son brought down his parent and abandoned him on the spot, with the prohibition to turn around. The film details each aspect of this custom and feeds a reflection on letting go which makes us understand many things.

The parallel with the myth of Orpheus in hell is striking. In both cases, it is the real world of the living opposite to the religious world of the dead, or its antechamber in the case of Narayama. Except that the old people who die on the West Mountain never come back among us. So we go out as we want from Greco-Latin hells …

I believe that the hell of the ancients is a world like ours. I believe that superior beings live under our feet, in the gigantic depths of our planet. I believe that the world of Toth Hades or Teutates has been populated since the dawn of time. Our humanity did not yet exist as this underground world was already inhabited.

Better than that: I believe that all the planets are hollow, like their satellites, and that they offer a much nicer environment and biotope than their surface. And much safer, more discreet, better protected.

Do you want me to tell you? Humans are looking for a habitable planet near another star, so necessarily very far from us, almost inaccessible, while a vast world is sleeping right under our feet.

A completely landscaped world, with a vast ocean of fresh water, a central crystal that diffuses a soft glow, sufficient to grow fruits, trees, harvests, crops, pastures grazed by gigantic herbivorous dinosaurs that our scientists hold missing for 60 million years and potatoes. 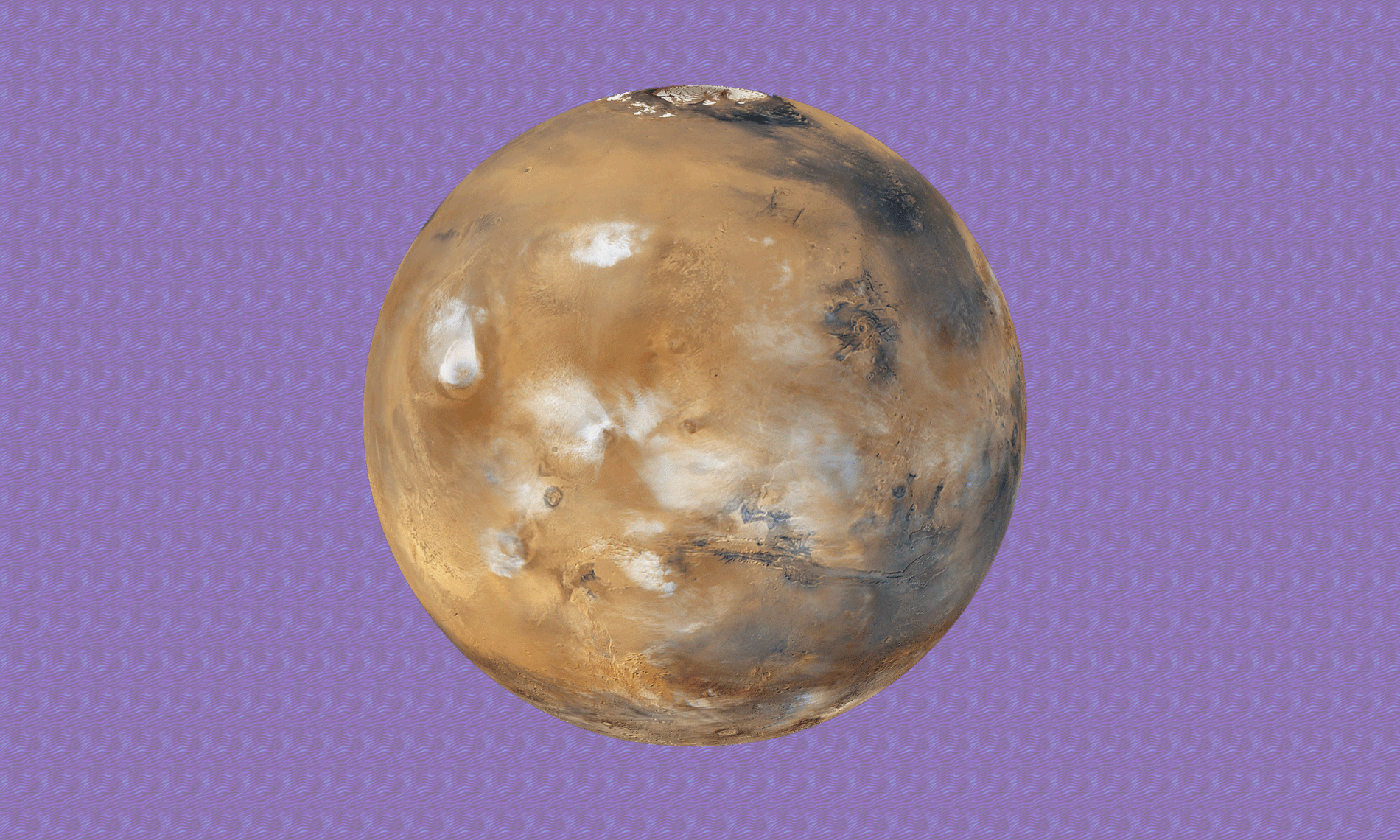 Rather than crossing space for months to terraform a sterile pebble dedicated to the god of war and the month of sleet, my human brothers had better look under their feet, in the belly of Gé. Yeah, they would do better. It’s teeming with life in there.

The question is: will they want us? Do they want to endure an invasion of human locusts? There are many of us on the surface. Squatters on the rooftop.