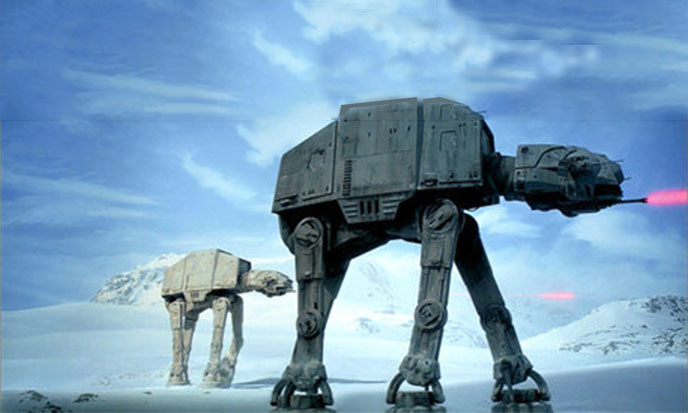 The MazdeanMazdaism is the ancient religion of Persia, now Iran legendary corpus also contains his myth of Noah. But this time, it is of a different type. His enemy is not the flood, but the ice age.

The Evil Spirit Of Winter

He is called Yima, and the god Ahura Mazda warns him in the same terms that Yahveh did for Noah, or that Vishnu did for Manu, or that Enki did for Atrahasis. The structure of the myth is the same, but this time, the motives are different. “Upon the material world a deadly winter is about to descend, which will bring with it a killing frost. Upon the physical world will descend the evil spirit of winter, and snow will fall in abundance. Because of it, the three kinds of animals will die, those living in wilderness, those living on mountain tops, and those living in deep valleys, sheltered in their barns.

I advise you to build a varsubterranean enclosure where you lock up representatives of each animal species, large or small: cattle, beasts, men, dogs, birds. And you will not forget the burning fire. You will make water run. You will put birds in the trees along the water, in the vegetation which is eternal.

You will put there specimens of all plants, the most beautiful and fragrant ones, and all the most succulent fruits. All these things and creatures will not die as long as they are in your subterranenan shelter. But do not put there any creature deformed, crippled, mad, wicked, perfidious or jealous, nor any man with bad teeth, or leprosy.” (source)Vendidad, cited by L.Tilak, The Arctic Home in the Vedas, 1956 What happened exactly? How to interpret, and especially how to date the facts that are narrated in the myth?

A prince of the previous civilization, Ahura Mazda, chooses a single man that he has produced genetically. He advises him that a cataclysm is threatening, and this time it is an ice age that will beat down on the world. How can he expect it? Would he be responsible for it? In any case, the usual scenario unfolds step by step, with minor variations: as usual, thanks to one of his creatures, the pseudo-god preserves genetic diversity on Earth.

But this time the specimens are not stored in an ark, but in a var, underground shelter. To face a long winter that recalls the last ice age. In this case, these facts have gone there over a hundred thousand years! This version of the Noah myth is probably the oldest known. It establishes the existence of human civilization that distant time, and the existence of agriculture and livestock 90 000 years before its official appearance!

In truth, this raises more fabulous legend of an insoluble question. How were these people and animals could live so long in the land? How do they lit? And plants, what sun made them grow? And benevolent God who saves a good man every Apocalypse! With some variations, the principle is the same every time. One imagines that to resist fire, the “god even before” invented another shelter. Var could have been the case, apart from the lack of oxygen during the furnace.

Specimens are not stored in an ark, but in a var. Anyway the principle remains the same. We can imagine that to withstand fire, the ‘former god‘ would have invented another shelterThe var would have done the job as well, only would have lacked the oxygen supply. Thus, on several occasions through the multiple disasters that have beaten down on our planet during the Neolithic Age, civilized beings have intervened in time to save what should be saved.

Without their informed intervention, would there still be life on this planet? What kind of life? With which genetic diversity?

Are they ready to intervene again, as the deus ex machinathe god coming from the machine of ancient theater? Wouldn’t it be better to rely on our own strength? While we are witnessing the extinction of a very large number of living species, the helplessness overwhelms us. A bank of genotypes should be created urgently, like the seed bank that the Swedes have buried under the ice. Until the thaw, which is progressing a little every year.

Another question points out. Today, scientists are not unanimous on global warming. So how could have the ancient gods foreseen the flood? Have they provoked it? The hypothesis of the straightened earth and of an eternal spring does not exclude an alternative scenario: the former gods owned an arsenal of mad power, and the weapons, as appalling as they are, are used sooner or later. Would the ancient gods have blown up a bomb, nuclear or other?

Nothing looks more like an ice age that a nuclear winter. Is the last ice age the unfortunate result of a generalized conflict? Have dust darkened the sky for more than sixty millenia? From atomic origin? Eruptions, earthquakes, submerged continents, were some of these disasters of human origin? Did the civilizations  that precedeed us have a sense of proportion or disproportion? Given the convincing evidence of nuclear explosions in the Antiquity, the answer might be positive. Undoubtedly, Rama and his people possessed the nuke bomb. According to the Mahabharata, they would even have made explode several of them.

No surprise. The weapons, as terrifying as they can be, are made to serve and bombs are to explode. The Ramas and their distant ancestors had an arsenal as deadly as varied, and planes to drop bombs, and well armed enemies.

Who are these people? Astronaut gods or terrestrial supermen? Why would they have been able to stop in time? And we? Will we be smarter than they were? And what god will warn us of danger?

This warning from a civilized being to a savage still shows something else: before the beginning of the ice age, there were already civilized people, with an impressive technological past.

Before the beginning of the last ice age, ie more than one hundred thousand years ago. For how long have civilizations developed and destroyed each other?

To those who say: “If there had been advanced civilizations, there would remain traces of them”, I advise to change their glasses.

The traces are so numerous that ignoring them all
is no longer short-sighted but insincere. I’m afraid no glass can correct.