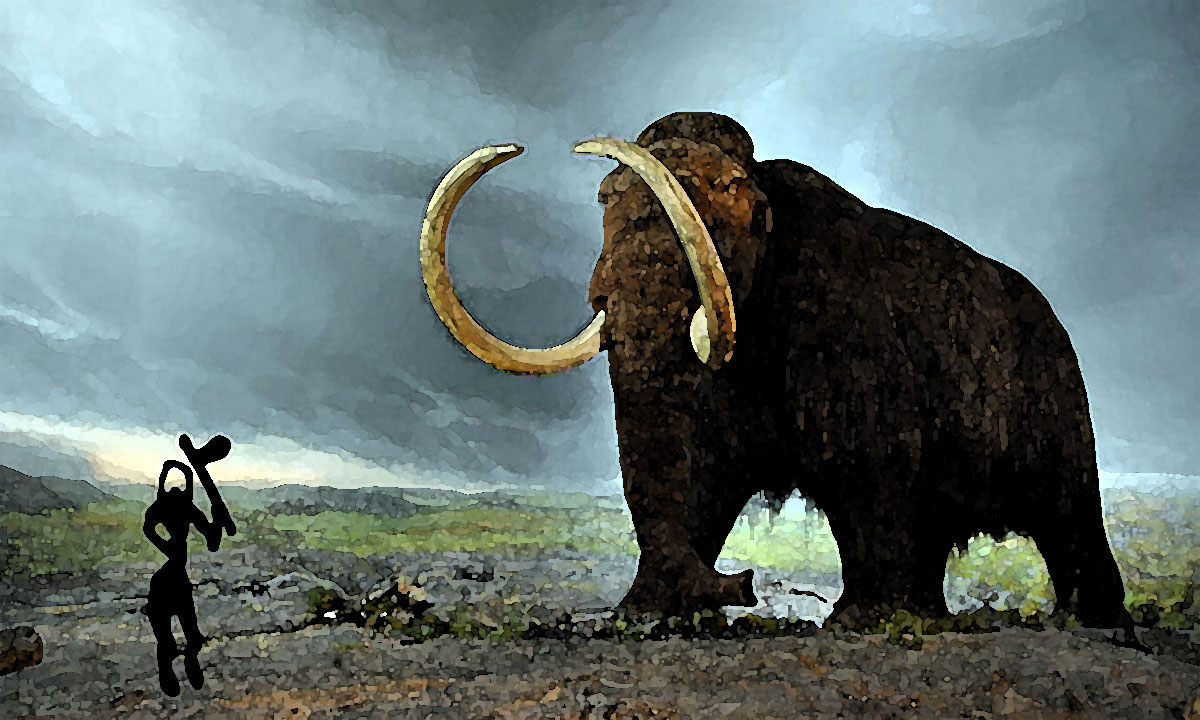 In this remote period, wild Europe was populated by peaceful tribes. Of white race, sometimes black, they lived like the old Indians of America lived, so I call them the Indians of Europe.

After the ravages of the flood, all the traces of the Atlantean civilization disappeared from Europe. The rare survivors had no choice but to return to the Stone Age. Barely clothed, armed with axes and knives, bows and arrows, they returned to the wild and live their lives freely in the vast forests of the West. Here they are Indians of Europe.

Suffering from the ‘Mad Max effect‘, they did what many others had done before them to ensure their survival: hunting, gathering and wilderness camping. We know that under extreme circumstances as these, the disappearance of writing, history and prior knowledge occurs very quickly: mostpart is lost in three generations, ie two centuries. Yet two thousand years of savagery had passed since the flood: the Europeans had forgotten the arts and ancient techniques of metallurgy, engineering, mechanics, medicine.

Without engineer nor researcher nor architect, the Indians of Europe had developed the cult of effort, the contempt of pain and death, and the fear of the divinities. Their three main gods were goddesses: the goddess of lightning, the goddess of volcanoes, and the goddess of raging waters, embodying the three calamities which so often  they had to deal with. Goddesses and not gods, because the Neolithic saw the prolonged triumph of matriarchy, before the appearance of male power.

These European Indians had forgotten everything about the civilization developed before the flood. This explains why, when the civilized Atlanteans arrived from America in their longer boats, the Indians of Europe took them for gods. Especially since the same scenario already took place a few millenia before in America and would repeat a few millenia later.

Imagine the culture shock: civilized men vs barbarians! A romantic version of a similar meeting was given by Jean-Jacques Annaud’s film « Quest of Fire », from the novel of J-H Rosny-Ainé. We can see hairy hunters fascinated by other men, beardless, with white makeup, knowing agriculture, metallurgy, pottery, and the art of lighting a fire … That is to say, all the expertise brought to mankind by the “former gods.” The described period is probably earlier, but the culture shock is the same.

A Climate of Peace and Amity

Nothing says that this type of meeting has not repeated hundreds of times during the endless human history! Rosny-Ainé, with the vision of poets, has entered the Memory of the World. In “The Mystery of Atlantis”, Edgar P. Jacobs also mentions the presence of brown skin savages living in the borders of the Atlantean country. The Neolithic Age is often characterized by a climate of peace and amity between the clans and the peoples. A proof is the total absence of fortifications around the Neolithic villages in western Europe.

The only fights, incidentally impressive, were caused by the former giants – or their descendants – greatly weakened by a weight too heavy for their great bodies. It took many wars to get rid of it altogether. Without the providential help of a new deluge, at the end of the Bronze Age, the giants would still have long continued to poison our existence. 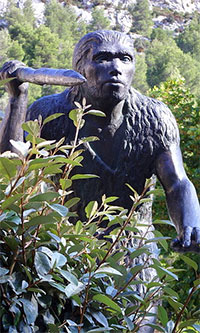 In the snowy Europe of the Bronze Age, the survivors of the Ice Age, of the Flood, of the thaw and the various disasters that followed, returned to barbarism. They lived inland, deep in caves of the last Ice Age. With the thaw, they became semi-nomadic, according to the custom of hunters-gatherers. They will be called the Cro-Magnon men. They were fabulous picturing artists, as evidenced by the cave paintings of Lascaux, Niaux, Pech-Merle, Altamira, Rouffignac.

These artistic achievements do not show a primitivity of savages hardly come out of the bestial status.

The purity and the elegance of the lines are confounding. They show an elevation of spirit, an inwardness and a subtlety that place their authors poles apart with the apes. For those who got the luck to visit Lascaux in its original version, a certainty is established: the people who produced those images is a great people. His spirit soars high in the sky and takes us up.

How not to see in it the culmination of a longstanding artistic culture? Appeared about 40,000 years ago in Europe, the Neolithic artists are supposed to be the first specimen of Homo sapiens, hunters-gatherers with almost simian manners. If so, the apes would be better artists than the men! Watching their works, we may doubt of the alleged barbarity of Cro-Magnon men. Every culture has not been abolished by the flood, other human groups had retained much of their civilization, like the Atlanteans.

It is not necessary to mention the help of gods or other extraterrestrial scientists who would have educated them. These powerful civilizers are men from a civilization before the flood. Without doubt they were a larger size than ours, they certainly had a huge knowledge. But they were not gods in the modern sense. Simply more evolved men.

They lived in peace among the savages, white-skinned aborigines like them. In another article, I describe them as demiurges. It is possible that they were the designers of the fifth humanity, ours. Yet let us beware of confusing gifted geneticists with gods. It is also possible that these higher beings came from the stars, as many mythologies claim. On this last point, I changed my mind since 2012, date of the publication of this article. Too many clues indeed made me think that the Atlanteans and the Hyperboreans were visitors from the Big Dipper, more precisely from the Alcor system.