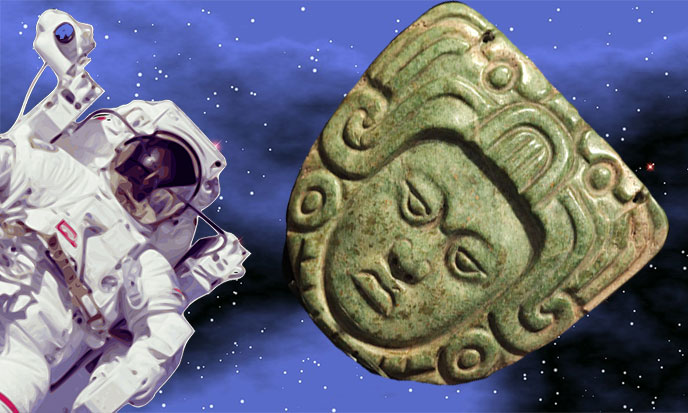 Were the Olmecs astronauts? U.S. Astronaut Gordon Cooper drops a bombshell: yes they were! According to Cooper, the most ancient people of Mesoamerica had specialized knowledge in astronomy, but also in astronautics.

The Olmecs demonstrated quite a long experience of stargazing, but also real practise of interstellar navigation! Of course, most of the archaeologists and proto-historians are going to shrug before this inappropriate intrusion on their territory. One more! Yet all the facts which will be stated on this page may be verified. The personalities who express themselves on these issues are not mindless. Thus, the ancient U.S. astronaut Gordon Cooper was surprised by the extensive knowledge of the Olmecs in terms of Astronautics. “Particularly when you remember the Olmecs have disappeared millennia ago” he says. During a study trip in Mexico, the ancient U.S. astronaut had opportunity to study Olmec site of La Venta among several others. 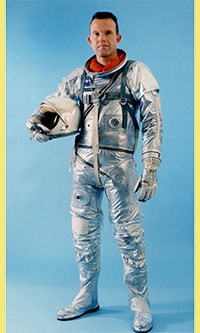 “The Olmecs were the first of four great peoples of Central America who competed, without knowing them, with Greece and Rome. […] We have found many hieroglyphics. They were quite close to those of the Egyptians, but the Olmecs used syllabic signs to form images. The statuary brought to light at this site included both representations of supernatural beings and humanoids. […] Among the findings that intrigued me the most: the symbols and navigation methods based on the sky which, when translated, turned out to be mathematical formulas used even today for navigation. There were drawings of constellations, some of which were officially discovered only in the era of modern telescopes. For me, I have a feeling that these mysteries from Antiquity could be attributed to ancient astronauts coming from another world. Some of these issues dated back as far as the prehistoric megalithic circle of Stonehenge.To navigate by following the stars, the Olmecs were using the same means as the Egyptians and the Cretans of the Minoan at the same time. […] However, it is assumed that they had never met. The stars used for navigation in these civilizations still exist. These are the same as those used by Apollo to go to the moon and come back. […] All this makes me wonder: why some signs of celestial navigation if they did not travel towards the stars? This extensive knowledge of navigation had it developed at the same time at three different locations in the ancient world? Otherwise, how was it transmitted from the Egyptians to the Cretans and to the Olmecs? And if it had traveled thus around the world, the reason would say it had been helped. And if these people had received an external assistance, who helped them?” (Source)Leap of Faith, Gordon Cooper

The answer, Mr. Cooper, is the question. What advanced civilization could teach those different people? One can not help recalling Atlantis, a people of high technology, travelers of stars.  Strangely, this is exactly in these terms that the ancient Sumerian tradition describes our creating gods, the Anunnaki.

World Map of Nineveh, British Museum – On this map of the Sumerian sky, some researchers have seen evidence that people knew space navigation, as alignments and astral marks only justified from a non-terrestrial perspective. This hypothesis corroborates the thesis of Cooper who sees in an Olmec people of astronauts nation. The Olmec people … or their Atlantean instructors, large interstellar travelers? Atlanteans, Anunnaki or other Rama’s empire, it has been necessary that a people of space travelers taught the Olmecs what stars they had to follow to go… to the moon! These early civilizations were familiar with the space, obviously.

Yes, these Olmecs knew far more about the interstellar travels that our cautious archaeologists are willing to admit.

And these former men had a great mastery not only of the observation of stars, but also of the great astral cycles with an astounding accuracy. This is a very specialized knowledge about the internal structure of our galaxy which led them to the development of the famous codex, attributed alternately to the Aztecs and the Maya, but the earliest trace is Olmec.

We assume that it is a remnant of a more ancient knowledge, i.e.that of the Atlanteans, who had a thorough knowledge of much of our galaxy, the Milky Way.