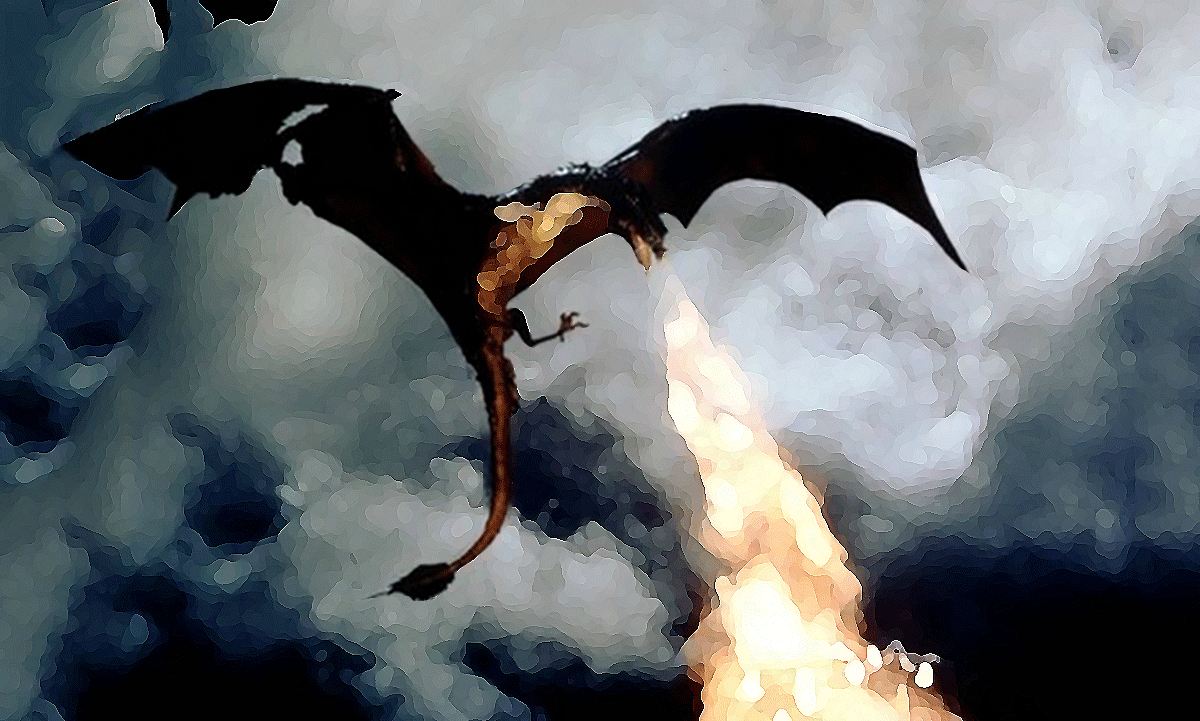 These fabulous stories speak to all of us, young and old. They evoke a world of wonders and enchantments that is no longer accessible. Not accessible to the large number, in any case. I have always felt in these tales much more than mere appearance.

The imprint of tales

If the shape is beautiful, the background is not less. These stories for the little ones are pure wonders. Initiation texts describing just situations. Doors opening on wide avenues of greenery in forests more sacred than temples. Windows that open onto perspectives flowered with a thousand graces and adorned with heroism. A paradise that is not lost to anyone: it sleeps softly in the hollow of our beating hearts.

Tales and ancient legends act on the depths of the unconscious by printing situations or initiations that it is up to everyone to understand when the time comes. The teaching tales of Sufism work on the same ground.

Without knowing why, the child who hears them remembers all his life. One day, during his journey, a situation or an initiation revives distant memories deeply burried in him. He understands that he once received a gift thanks to these tales, and now these legends give him back his love. 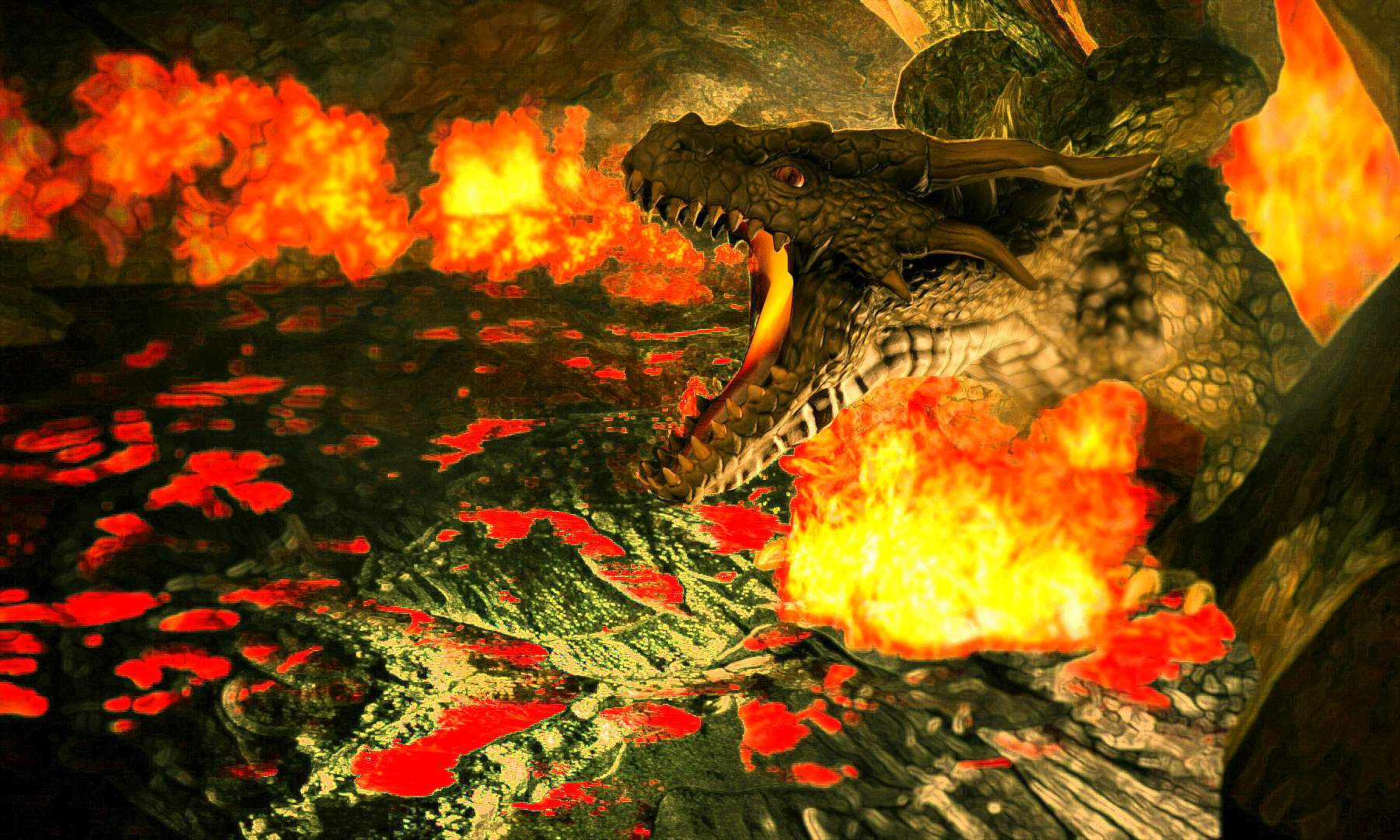 The inner child who watches over me believes that tales and legends of childhood have the same initiatory power as the shamanic way of Castaneda or the esotericism of Steiner. The vernacular tales, popular culture, the oral culture of fireside gatherings has survived to TV and to the virtual network. Forget the screens, forget the writings, see me as I am, see the old-fashioned storyteller, your hand in his, amen. See the ancestor who welcomes you by the fireside, me who nothing more surprises in my rocky garden facing the Breton sea.

And the guardian, by the way? In our medieval legends, the guardian is sometimes the terrible dragon who watches at the foot of the tower where the princess moans. She awaits the prince charming who will put an end to his torments. As for you, noble knight, you will deliver her. As soon as you saw it, you liked it. Your heart is a prisoner.

Hmm! Like a Sufi tale, this story is a lesson. This famous tale also tells something else. An image beyond words. Let’s decode, if you don’t mind. The ego dragon, do you know? So tell me. Who then locks up the princess? The dominant ego or the dominant male? Who of the two dominates the weak, helpless and veiled woman? His bearded beard, pathetic and narrow-minded baron, the Bluebeard ogre? Or rather her failing ego which has undermined self-confidence?

Cry, beautiful one. You have no worse enemy than yourself. You are your most stubborn, vicious and effective enemy. He knows you so well! Don’t take my word for it. Checked. Hunt in you. Do not look for its reflection in the puddles. Only a wooden mirror will send you the image of the green dragon that burns in you. 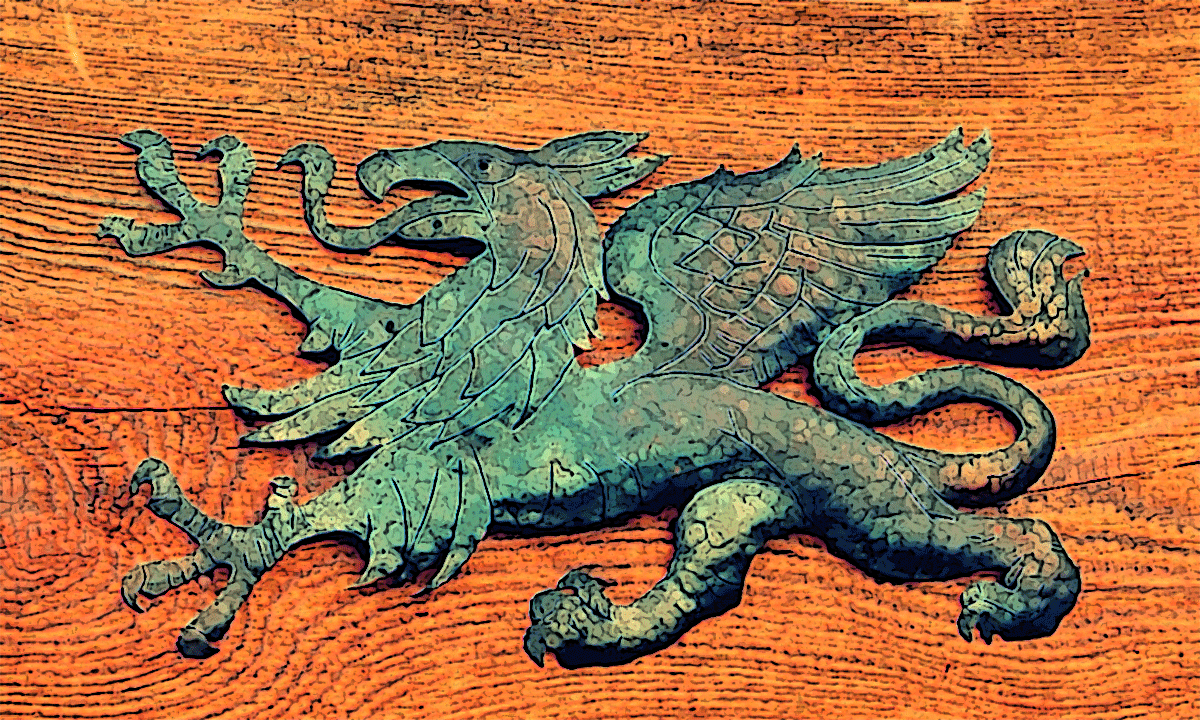 Green hope? Or too green fruit? Wait, tend towards, avoid setbacks, heart upside down. You carry within you the detestable dragon, monster of sufficiency, obscene blistering, unhealthy excess, vain and ugly shadow, well of hatred, with the evil wind which takes you away.

Casteneda prefers to surround himself with little tyrants, much good may it do him. The most demanding tyrant is in you – is you – ie the other you, the one who knows what is going well and what is wrong. You don’t listen to it. You live only for yourself. He knows it, he sees it. He is dying of love while waiting. One day, tired of the disagreement, this tyrant will leave you. He will leave on his side. And you will die.

If you listen to the tyrant who mistreats you and who does not let go, if you follow his law, if you keep quiet, if you keep him in you, you will become better, sharper, more powerful. The task is easy for whom the result remains indifferent. Only the effort deserves reward. Let the warrior accept with indifference …

Failure teaches a thousand times more than success. Victory feeds the ego, failure develops the qualities of a warrior. He gets up, learns, grows. He starts again, tries again, hoping no gain, acting right like a knight in fair fight.

The Guardian of legends is this ferocious ego that pushes you and bumps you. Listen to him roar and groan at leisure but let him cry. The ego aims badly. Do you want to get rid of it? Kill him and you will die. You can only mow it, twist it, push it, chase it, keep it at a distance like Saint George did, threatening with its lance the wrathful dragon. 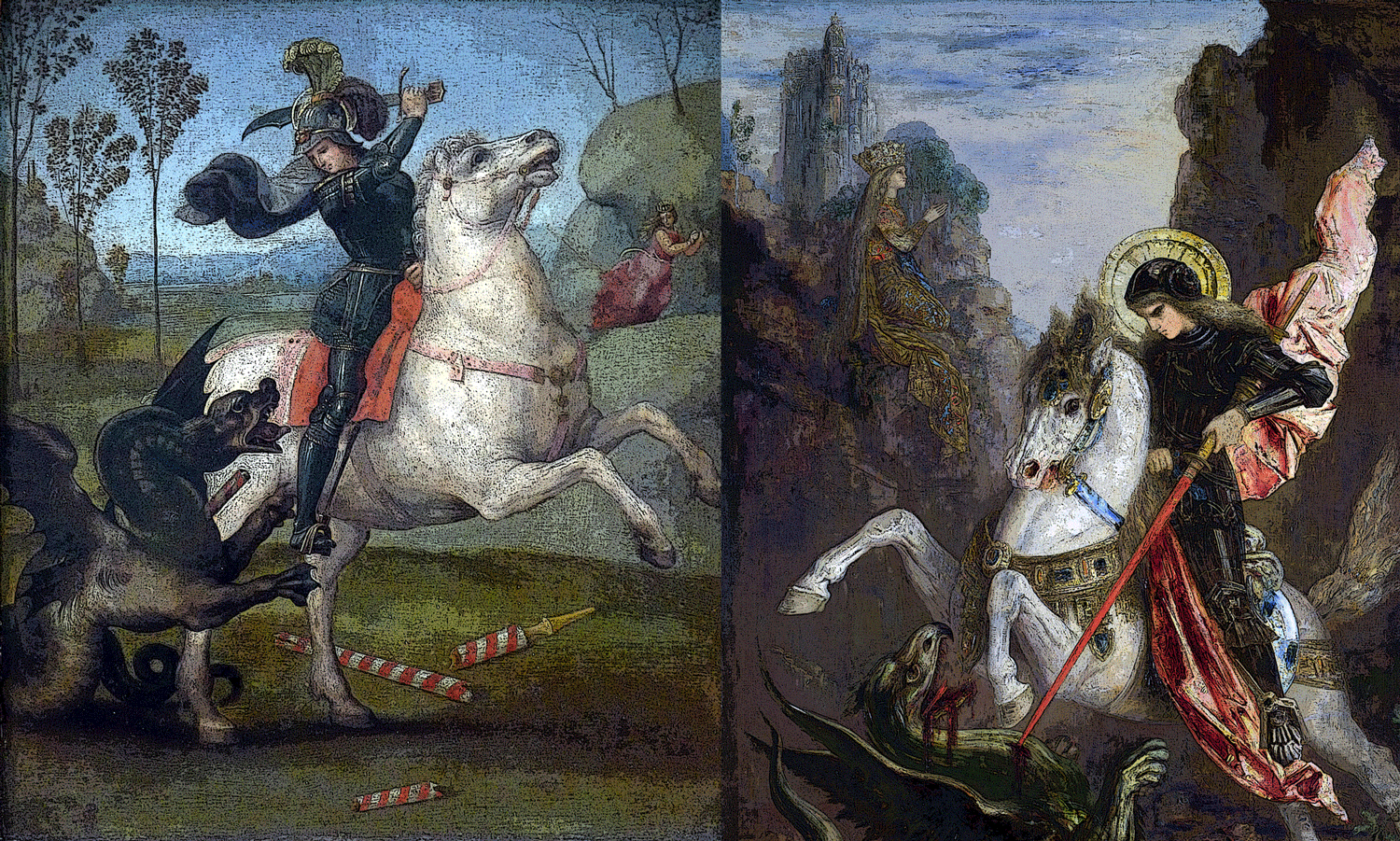 For us humans, the ego always comes back. It is glued to our mortal body, it flies our wings, it glues us with zeal. Constantly it tangles us.

The triumphant ego, threatening dragon, anger and torments, the ego from within nevertheless lets you go. Just love. Let the fragile flower and its sublime scent bloom in you.

It thrives so well and smells so far that the dragon falls asleep. He can pass for dead but he snores loudly. When the ego sleeps, love dances the waltz, the Argentine tango, the languid slow and the naughty java.

My friend, if your ego gets in your way, leave your dark mask. Smile at me, come out of the shadows. Put your rapier back on. Go drink at the river. Your disappointments of yesterday change into prayer. Be strong. Your ego is sleeping. Tune your heart in major chord.

And remember there are several interior guards. Because there are several fights to undertake. Several doors to open. Several worlds to explore. The stages of the interior path are described by the major mysteries of the Marseille tarot, or initiatory tarot. At the threshold of each of them, you will meet its own guardian. He watches over the drawbridge and the heavy door. He won’t give you the key without fighting. 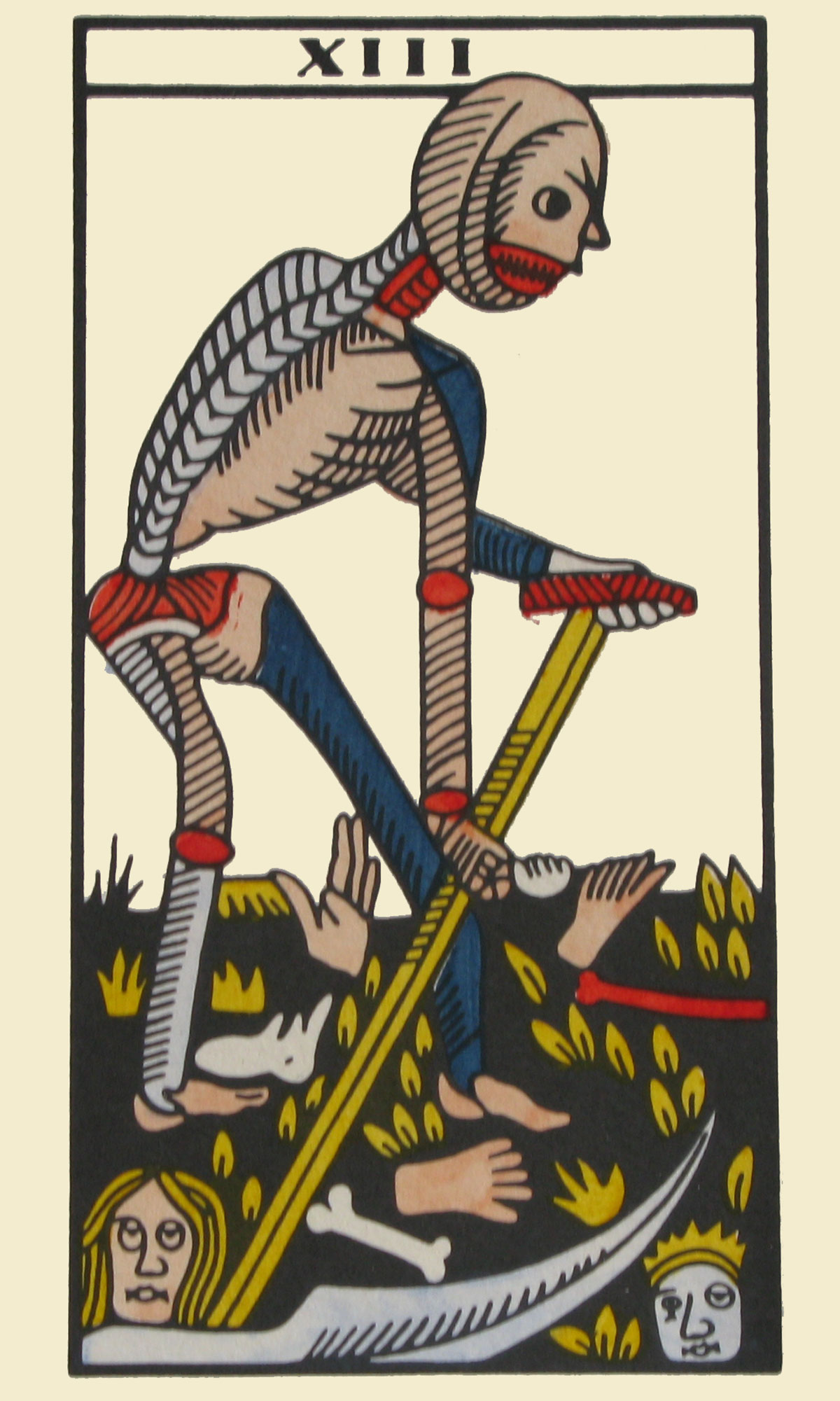 Because there are two you. The little one, the dingy, the dominant ego, the one who allowed you to survive and make your place in the sun, the one who was useful, and who is futile.

And then there is You, your embodied double, your true Person, your perfection, your soul. A fight begins, for the first it is lost in advance, but he does not want to resolve it.

Then he dies, finally. So you think you are dying. Awake, you’re alive. It’s just Arcana XIII. An initiation rite that the Middle Ages called the Mysteries of Isis, or the Little Mysteries.

It’s about exploring the depths of your subconscious. To visit the blockages from your childhood, to release the energies they mobilize.

Between the clear consciousness and the depths of the unconscious there is a good layer of vibrated concrete with inclusion of flint. Behind, there are dreams. Power. Self control.

It is a question of breaking this yoke to reach the torments and the delights of the emotional zone.

And ultimately, to enter your inner light. Live in your fortress. Rule over yourself. Vibrate in unison with the vibrant universe.

This hard screed, this solid concrete, such is the last guardian. The ultimate. Perhaps the most difficult to defeat. Especially if you use your nails …