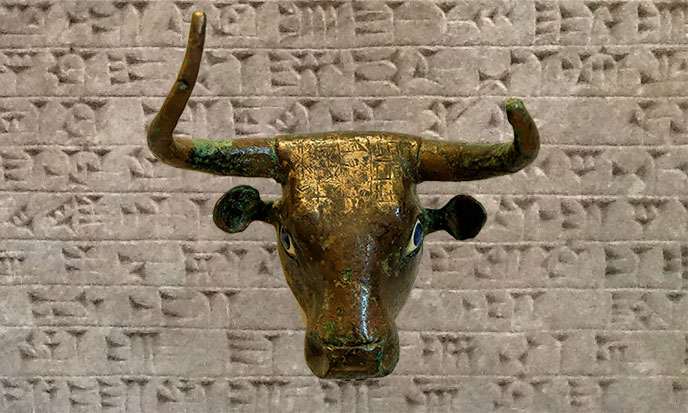 The odyssey of Rama profoundly marked the dawn of our history. If the West has forgotten everything, some people still cherish his memory. Here’s another source that reflects the fabulous saga of Ram: the tradition of Islander Druidesses of Sein and Avalon.

During the Era of Lion, Western countries acted the transition from traditional matriarchal society that is corrupt, which has allowed the emergence of patriarchal model under the charming authority of Rama.

At that time, women were uncontested master of mystery and magic. They possessed clavicles and arcane, they could read in the ledger, they led humanity on steep paths of magic. Great was their authority, great and dangerous too.

Dominated by pride, they gradually lost contact with the Invisible which became at the same time the prerogative of the Druids. This sacred function may not remain vacant, this is a secret law of life. Incredulous and ferocious, the Druidesses wanted to resume their authority through violence.

Concocted by these female devils, strange diseases appeared and decimated the human, male preferably. The Black Death was on white people. Another version of the Saga says it was lung disease, but the two symptoms may have been present.

A young druid had shown a singular gift for cures and potions. Ramos was his name, aka Ram, which can be translated “one who knows” or “spirit of peace”. His knowledge of the virtues of medicinal plants was amazing because of his young age.

As Setanta aka Cuchulainn, Ram came from Hyperborea, because he was the son of god and god himself, as Jesus will say much later. Hyperborea, the enchanted island in the northern sky, is also called Nibiru, the wandering planet.

The Greeks called it the Garden of the Hesperides, for there grew apples of gold, ie oranges, fruit that does not exist on earth. This is actually not a magical land floating in the sky, but a mother ship type Black Star from Star Wars, done in heaven. Here lived the gods, and with them some humans, elected officials who served and entertained.

In the Bible, it is the garden of Eden, where early man lived in the company of gods until they displease them and make clear. Here we recognized Adam and Eve. 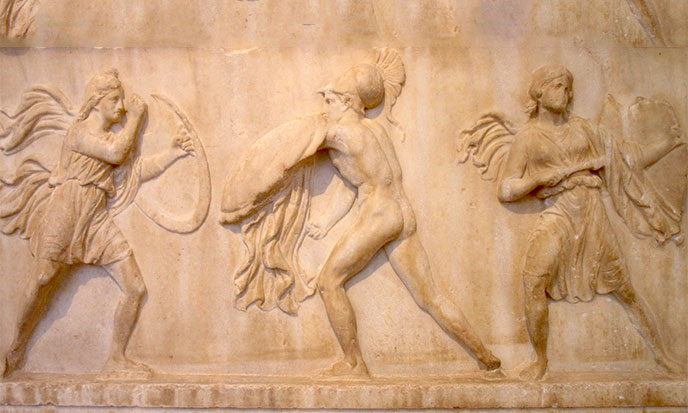 Fallen from Paradise, Adam settled in Middle-earth, the New Atlantis with its capital Minas Tirith on the now engulfed Dogger Bank in North Sea. Second capital Edinburgh or Castle of Eden is still the capital city of Scotland.

Minas Tirith is also the origin of Rama, who came from Hyperborea as Adam did. Are they one and the same person? It is not impossible, if you believe that the Indian tradition called an isthmus Adam’s Bridge or Rama’s Bridge, as if they were one. It is even likely, if you consider the name of the Muslim fast, Ram Adam.

For the convenience of the story, I will continue to name him Rama. Very young, he had visited the northern countries, initiated by the wizards of the cold wild. Then he went among blacks in Central Europe to study the intricacies of their powerful sorcerers. It is even said that he studied with marabouts in Africa. Everywhere his modesty and wisdom made miracles and priests willingly initiated him into their magic. Back home in Middle-Earth, the young Ram concocted an herbal remedy wtih mistletoe that eradicated leprosy silicosis in no time, to the amazement of all, to the great satisfaction of healed, to the chagrin of Druidesses.

Easily elected Chief Druid healers, ie as military leader, as it is one of the roles of the druid, the young Ram enacted a first step that made him even more popular among the people, while increasing in the same proportion the fury of the Druidesses: he forbade human sacrifices and other bloody sacrifice. 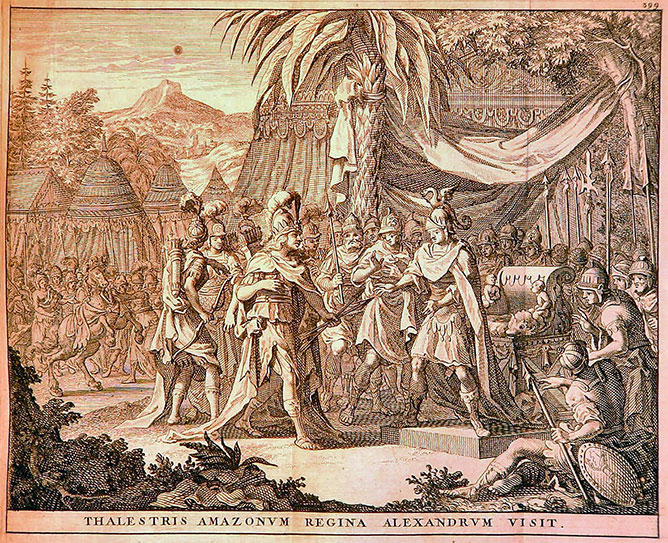 Ram emigrated more like conqueror than exiled with a several million people circa 8000 BCE. He crossed Europe, reached the Caucasus and the Taratha, the gateway to Asia, where he found strong allies among Celts, former prisoners of war of black people who had gained their freedom. These people followed the law of Thor. Their meeting with Ram took place in a country which took the name of THOR-RAM or Touran. Thus was born the first empire of Ram, called I-RAM or Iran. He established his provisional border in Afghanistan, it followed the path of the Ram or Jam river.

“One of the great wonders of the medieval world is a very tall, heavily ornamented minaret nestled in a green valley at the edge of the Jam river in what is now Afghanistan. Often called the Minaret of Jam, the monument was almost a millenium ago illuminated by a torch at its top, and surrounded by a thriving town with small industries and outlying farms. Some archaeologists believe the region around the Minaret of Jam was once called Firuzkuh and was the summer capitol of the Ghurids, a Muslim empire in the 11th and 12th centuries, that spanned all of what we know now as Afghanistan as well as parts of eastern Iran and northern India.”

Ram then seized Egypt, an old Atlantean colony to which he gave the constitution known as RAM or HAM MON, the Law of Ram. The Black Pharaohs submitted themselves to his law and Ra continued his conquests.

Meanwhile another army marched on India. It defeated the black people by winning a long and painful siege in Ayodhya which opened the doors of India. The suite is found in the Ramayana, which means the race of Ram. But the empire doesn’t stop in India.

Then Ra seized Egypt where there was an old Atlantean colony to which he gave the constitution known as the RAM or HAM MON MON, law of Ram. The Black Pharaohs submitted themselves to his law and Ra continued his conquests.

Meanwhile another army marched on India, defeating the black people by winning the long and painful siege of Ayodhya that opened the doors of India.

Rama pacified the entire subcontinent extending the influence of his immense empire to Tibet, to Ceylon, to the borders of the empire of Naacals where the floating island Mu stood in the middle of the ocean Pacific.

But the empire does not end so quickly. Much of China, Malaysia, the Philippines, Indonesia and even Australia were part of his planetary field.

The continuing is in the Ramayana, meaning The race of Rama. But the episodes of Rama Odyssey were relocated in India, where the young Rama was born, which is not true, as we have shown. This process was often seen in ancient times, number of legends were adaptated to the countries and continents.

The very name of Ram is English and links to astrological era of Aries, which certify a Celtic origin. In truth, Rama is neither Indian nor European. He is from the mother ship of the Aesir gods, a huge island-vessel called Hyperborea or Walhallah, the Valley of Allah. When the Greek poet Nonnus recounts the saga of the Indian Bacchus, he also makes us relive the race of Ram.

So many ancient legends and myths are dealing with this prominent figure of unknown past, one could hardly believe. Now that you’ve been warned, you will meet him everywhere.

Ram came to the extreme limits of life, imposing in his states the pure doctrine of the Hyperboreans. And Ram disappeared from the world leaving behind him a worldwide fame of justice and of magnitude.

And the ancient Druidesse with evil powers turned into Sleeping Beauty: her life long she awaits prince charming, handsome Rama that will not come.

When awake, she will know that her powers are not from Rama or from Adam or from God or from Allah but from herself.