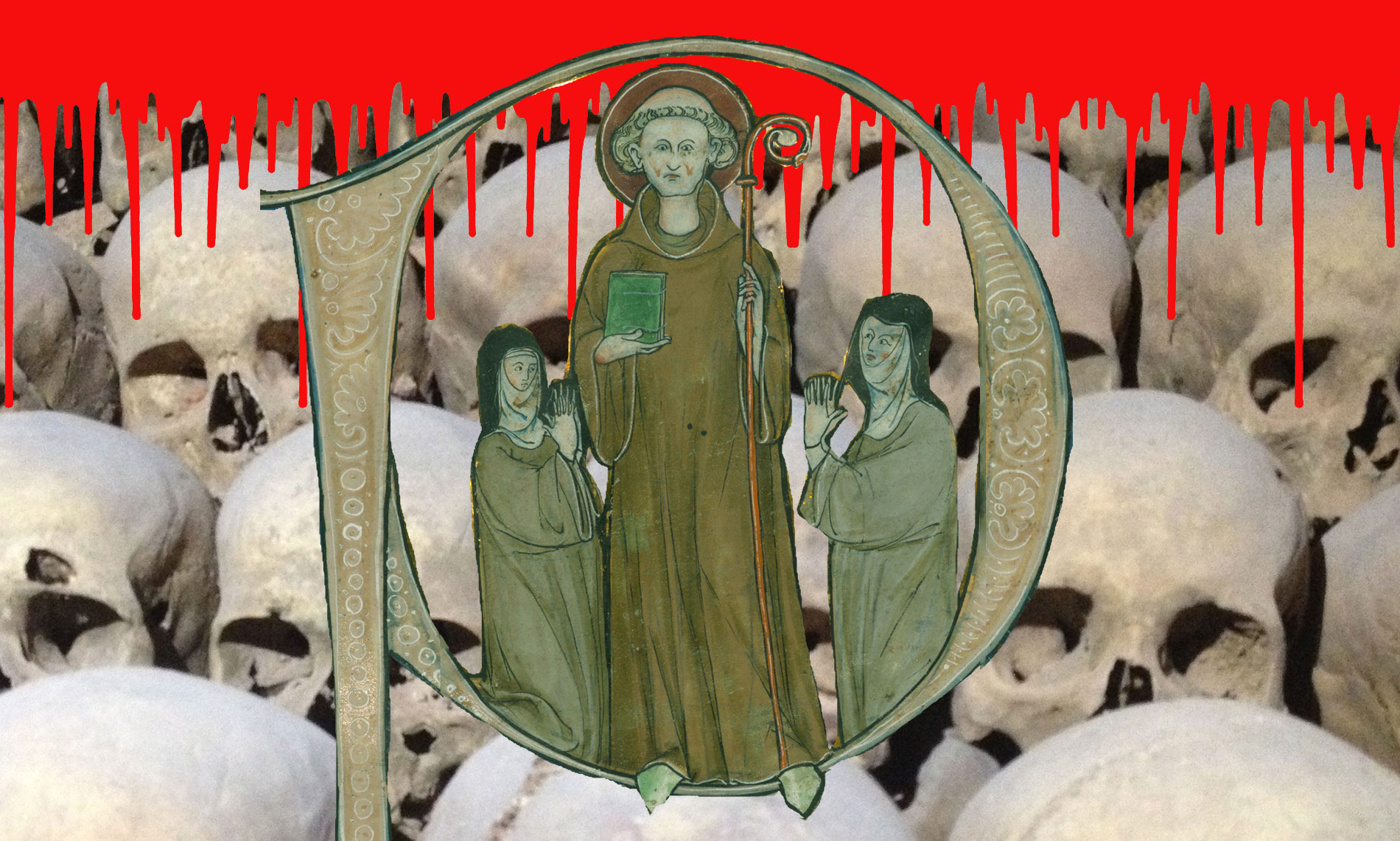 In the USA in 2009, suicides of former GIs have killed more people than armed conflict. And it has not got better since. War kills, but the return to civilian life kills even more, in a less visible, but much slower way. The virus of murder and horrors is eating away at the body, heart and spirit of young fighters.

owerful is the custom, since it lasts still. Please, do not tell me that the human sacrifices have disappeared. Slaughters are going on, mass killings are continuing right now. When the survivors leave the mass grave, they carry with them, deep in their soul, scars that will not fade away. Human sacrifice is so widespread that it is admitted without qualms. It is not limited to dictatorships, it happens everywhere, more and more often. International organizations authorize it. Ideologies glorify it. Philosophies justify it. Profit organizes it and thrives thanks to it. What is the idea? We are too numerous on earth, it becomes urgent to bleed the population? The current human management is as weak as the medicine at the time of Molière: when the patient is pale and seems exhausted, hop, a good bleeding!

These days, many are massacred in the name of religions. Do not point to Islam, it is not the Muslims who have launched the fashion of murder in the name of God. Christians had thought of it before. Remember the Templars. The order of the Temple was founded by Hugues de Payns, supported by a man of the church, the abbot of Clairvaux, who preached the Crusade under the hill of Vézelay, and which strongly inspired the crusaders’ cruel armies.

In Praise of the New Knighthood (De laude novae militiae) is a letter that Bernard of Clairvaux sent to Hugues de Payns, written after the defeat of the Frankish army at siege of Damascus in 1129. It begins: “A new kind of militia is born, it is said, on the earth, in the very country where the rising sun came to visit from heaven, so that even there has scattered, with his mighty arm, the princes of darkness, the sword of this brave militia will soon exterminate the satellites, I mean the children of infidelity.”   (Saint Bernard)  Strange speech for a priest. Wait for more, you have not read the most beautiful.

Bernard rejoices that the same man is dedicated to both spiritual combat and fighting in the world. “It is not uncommon for men to fight a bodily enemy with only the forces of the body to amaze me, on the other hand, to wage war on vice and the devil with the only forces of the nor is the soul so extraordinary as it is commendable, the world is full of monks who give battle, but what is, for me, as admirable as it is obviously rare, is to see the two things together. (…) Walk in combat, in full safety, and charge the enemies of the cross of Jesus Christ with courage and fearlessness, since you know that neither death nor life will be able to to separate from the love of God which is based on the compliments he takes in Jesus Christ, and remember these words of the Apostle, in the midst of perils: “Either we live or we die, we belong to the Lord “(Rom 14: 8) What glory for those who come back victorious from the fight, but Happiness for those who find martyrdom!”  (Saint Bernard)

Totally disgusting and absolutely stupid. One wonders how such bullshit could be said? There is the excuse of the time? Not even. Nine centuries after Bernard of Clairvaux and his filthy letter, these same words are uttered daily by the henchmen of Al Qaeda, AQIM, the Islamic State, Boko Haram, and other gangs of fanatics. And it’s still the same chitzy chorus. To make martyrs is to make people happy. They feel elected. They will enjoy eternal bliss when they are in the gardens of Allah. And if ever Allah changed his mind? It happens to him. Even worse, if God ever did not exist? Neither paradise? No importance. The martyrs will not come to claim their 70 virgins.

Saint Bernard has his opinion on this. Yes, they made a saint of this asshole. And they say I’m the conspirator !! In short, Bernard explains why the Templars have the right to kill a human being: “The knight of Christ gives death safely and receives it in greater security. […] So when he kills a malefactor, he is not homicide but Malicide.”  Malicide! What a nightmare! This guy is a big sick man! And he is holy! “The saints are men or women – and in certain traditions of angels – distinguished by different religions for their spiritual elevation and offered to believers as models of life because of a trait of personality or behavior deemed exemplary.” (wikipédia)  It was a close thing for Clairvaux, one could have killed him stiffly without committing the least homicide, nothing but a very small malicide. Not even, just a moronicide.

The right to kill, casually, turns into a duty to kill. This justifies all the massacres to come. Saint-Connard de Blairvaux still had a burst of conscience, it was time! Must the war be fair, he added finely. If the war is not fair, stop it right away, do not go, the killer kills his soul first. I know, we should not laugh, but it reminds me of the sketch of the good hunter and the bad hunter.Sorry for non-French readers, this one is lost in translation “Whenever you march to the enemy, you who fight in the ranks of the secular militia, you have to fear to kill your soul at the same time that you give death to your opponent, or to receive it from his hand in the body and in the soul at the same time. […] victory can not be good when the cause of war is not good and the intention of those who make it is not right.”  (source)

There is no just war, to give death is always a murder. The war is always unfair. There is no righteous God. There are only terraformers charged with a mission: to develop this planet, to refine this humanity, the fifth one, before creating a sixth one. What does the individual deaths matter to them, who have not hesitated to massacre whole races, like that of the giants, our predecessors on this planet. The gods before were great brawlers. The fourth humanity has self-destructed in a widespread nuclear and magnetic conflict, as evidenced by many regions with high radioactivity, and descriptions of its appalling arsenal. So after them, the deluge. What was done. And the bullshit of Clairvaux or Daesh is only the imitation of holy models infinitely good and infinitely kind. Is it so? Yes it is, shut up and pray! 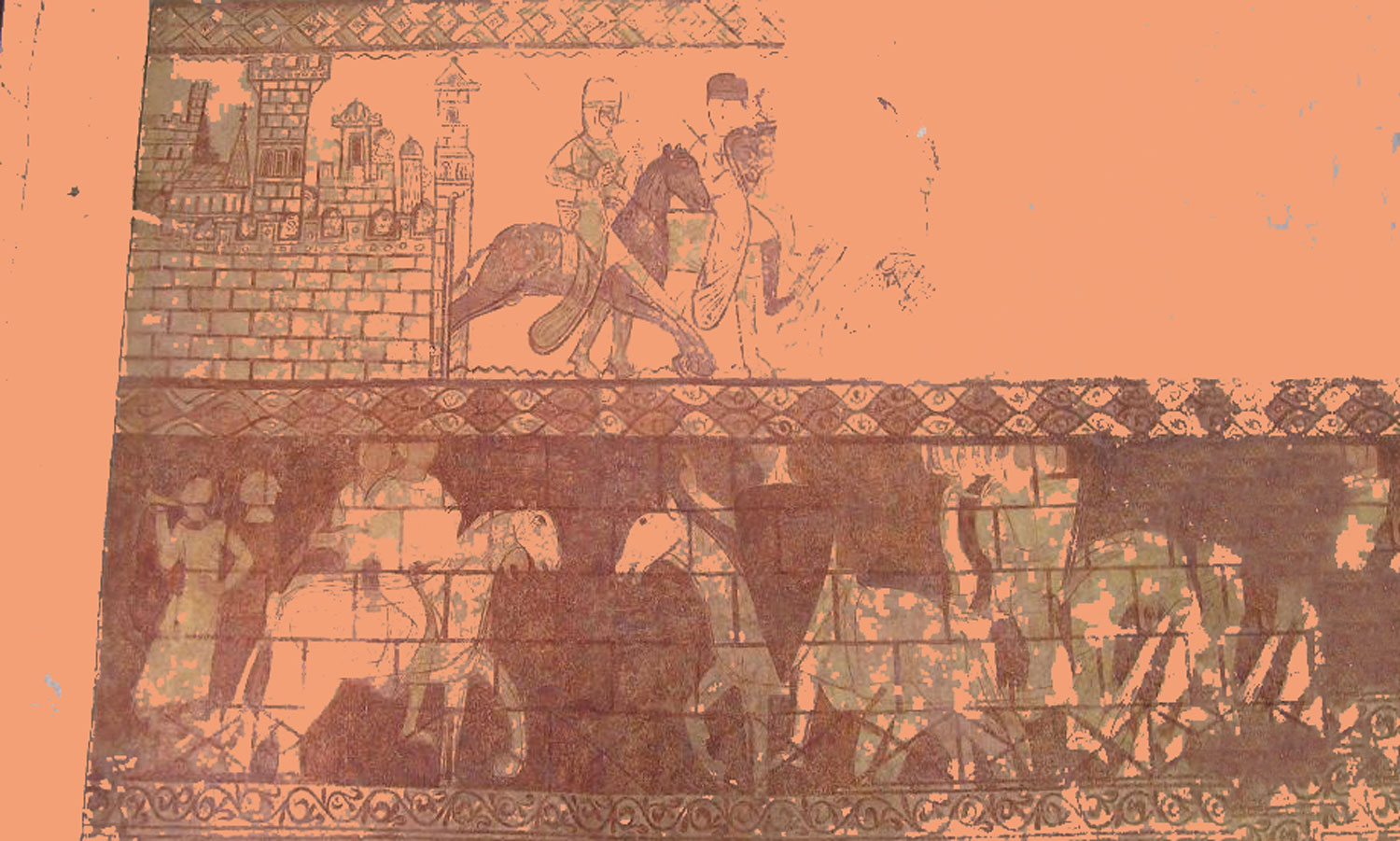 “The soldiers of Christ fight in full safety the battles of their Lord, because they do not have to fear to offend God by killing an enemy and they run no danger, if they are killed themselves, since it is it is for Jesus Christ that they give or receive the blow of death, and that, not only do they not offend God, but also, they acquire great glory: indeed, if they kill, it is for the Lord, and if they are slain, the Lord is for them.”   (Saint Bernard)

Time is a spiral that repeats from spire to spire, from era to era. What the Crusaders did, the crimes that the knights of the Temple committed, here are other fanatics who commit them today in the name of another god. And if there was only one? So why fight? And if there were none? So why fight? He who brandishes the sword will perish by the sword. He who kills with hate has no love in his heart. And if love is not in him, how could his Lord come?

Now, the real question: what can you do to make it change? Otherwise, it’s useless to talk about it. You are confronted with a global malaise, which has become envenomed into homicidal rage, you see, you know, what do you do? One answer, in my opinion, could be: sending love to the planet. Without thinking, without judging or condemning, just sending away pure love, that’s all, and that’s great. There is a platform that allows this, and gives you, in addition, a supporting group. I want to talk about scalar issues. Every day, we are between 150 and 200 people from all countries, all religions, all trends and all colors, to meet on the waves and to emit, blindly, all the love we can. I’m not saying it’s the solution, it’s just an opportunity to act, instead of just talking about it. I love you.

The past time is gone and the future is not / And the present languishes between life and death / In short, death and life are at all times similar.