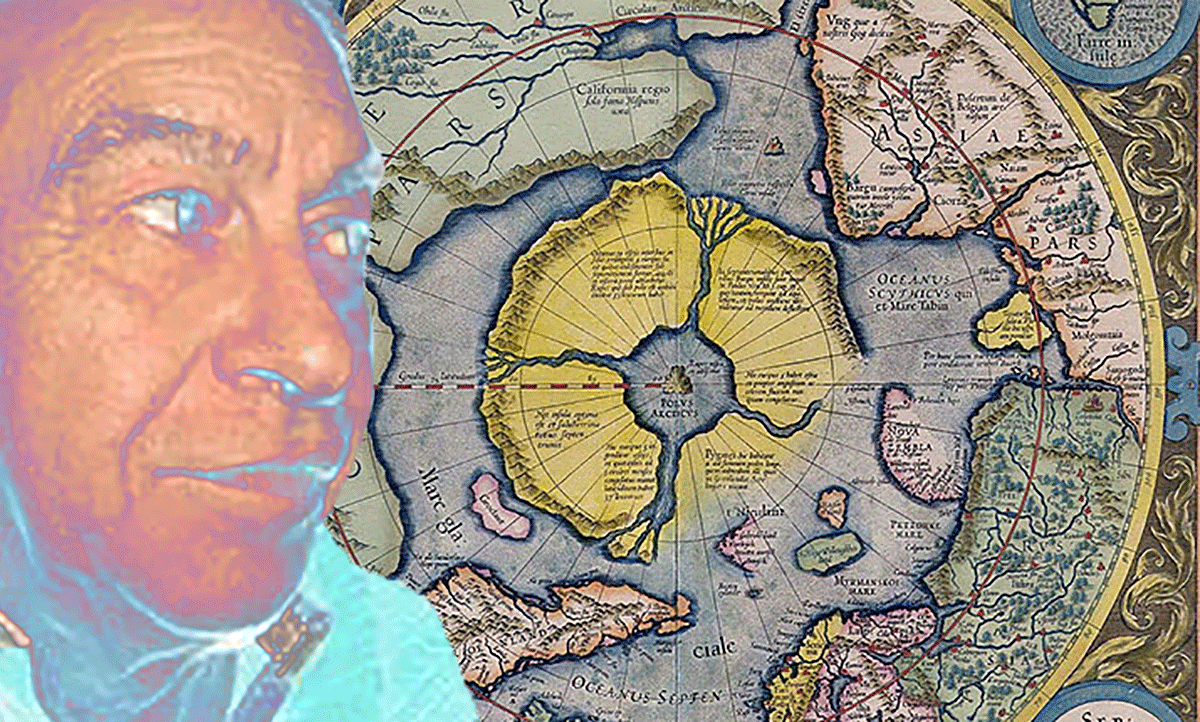 Four regions, four lands, four northern islands, why always four? In the ancient cities and in the Roman camps, there are four districts separated by two cross streets. This sharing in four gave the word neighborhood.

If you replace the streets with rivers and the districts with islands, you get the exact plan of Hyperborea, which is also that of Atlantis and all the terrestrial or celestial cities built by the gods before. Seen from above, the typical city of the terraforming gods is part of a circle crossed by two diameters at right angles. We recognized the Celtic cross.

For all the ancient cities, for all the traditional states, this division into four is the plan par excellence. Because imitation was de rigueur when it came to the gods before. They taught us everything, we have to imitate them in everything, such was the mentality which prevailed until the aptly named Age of Enlightenment, namely the 18th century in Europe, which I would rather call the dark era.

By rebelling against Catholicism and belief in God, the intellectuals of the Enlightenment threw the baby out with the bathwater. The baby, among other things, is called quadripartition. Here are a few examples:

– The Incas and the empire of the four districts: According to one of the mythical versions collected in the XVIth century by the Spaniards, the first four Incas and their sister-wives, children of the Sun, would have left a cave. (source)https://www.clio.fr/BIBLIOTHEQUE/lempire_inca_des_quatre_quartiers.asp

– The empire of the four Frankish kingdoms: at the death of Clothaire in 561, France was divided into four. Paris, Orleans, Soissons and Reims were the capitals of the four kingdoms which then made up the Empire of the Franks. (source)Précis de l’histoire de France, depuis les temps les plus anciens… De Charles Cayx, 1836
– The four provinces of Ireland, which were originally the four kingdoms of the Tuatha De Danaan, with the higher central kingdom which corresponds to the central mount of Hyperborea, Mount Olympus to the Greeks,
– The four founding provinces of Quebec,
– The four Catalan provinces,
– The four districts of Jerusalem, etc

The list is not exhaustive, everyone can complete it and check the scope of this hypothesis.

In French, district is said “quartier” ie quarter. Ancient cities are divided into four “quarters”, like the four quarters of an apple. So French gives better examples than the English translation which could be less convincing. Sorry for that.

The distribution in quarters is also found in the tarots, ancestors of the current playing cards. The word card comes from quart / quarter / cartier. Do you know what a cardsFrench “cartes” maker is called? A cartier.French Yes, like Jacques Cartier, discoverer of Canada. Note that this land was already discovered by those who lived there, but that’s how it is said. The Reds who lived there made another kind of discovery. That of long knives, powder and bullets.

My benefactor Jean-Claude Flornoy was a master cartier. But also the master of the quartiers – ie districts – of his little kingdom. Did he show his hyperborean filiation in this? Oh yes. Are the four colors of the cards the origin of their name, or should we relate both to the hyperborean tradition? I opt, of course, for the second hypothesis. Since it is found in a thousand places, it must have been taught everywhere. 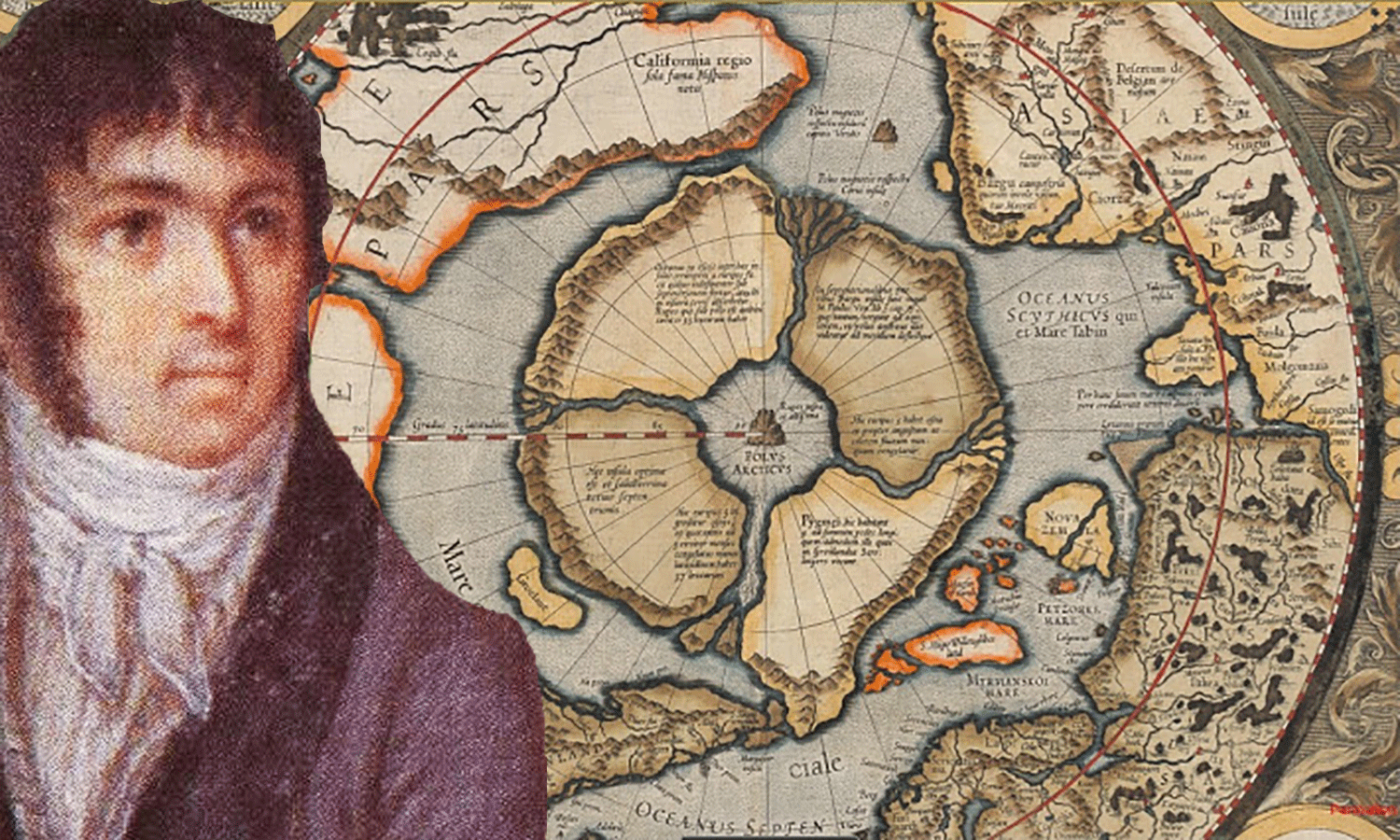 In the initiatory tarot, the four colors refer to the four colleges, or four socio-professional classes constituting any society. This division into four, Flornoy calls it functional quadripartition, a way of responding to the functional tripartition described by Georges Dumézil. By classifying the producers with the merchants, Dumézil omitted a category. Unfortunately this confusion is still taught. The French Revolution of 1789 named the three estates of society: the Clergy, the Nobility and the Third Estate. French National Education takes it for granted and does not look any further.

The four castes, the four colleges of human activity are the basis of the teaching of a god of Hyperborea, Rama, who was the healer, the educator and the emperor of men, before becoming the pope of his religion, Lamaism, which is the origin of Tibetan Buddhism.

Rama the Hyperborean passed on his teaching to ancient India and its four castes system. In western land, there were four Druidic colleges, four provinces around a capital area, generally located high up, to imitate the sacred plan of Hyperborea with its four islands around Mount Olympus, home of the superior gods.

The number four finds a special place in common language: see you one of these four (mornings), four steps in the future, I climb the steps four by four, the four horizons which crucify the world, which bring us to the cross of Christ – or how this original symbol was squatted by Jesus the evil one.

Of course, this cross existed in our culture long before the little Jesus and the big bad Romans. The ancient cross had four equal branches. It was sometimes inscribed in a circle, as evidenced by the Celtic cross. Like the marine compass, the Celtic cross reproduces the shape and appearance of the artificial planet Hyperborea.

This particular form is the basis of all symbols in the shape of a cross, the four branches of which are equal. Another confusing example is the cross pattée des Templiers, found more than a century after the dissolution of the Order of the Temple on the sails of the three caravels of Christopher Columbus, and which will be reproduced several centuries later on the uniform verdigris of the German enemy. 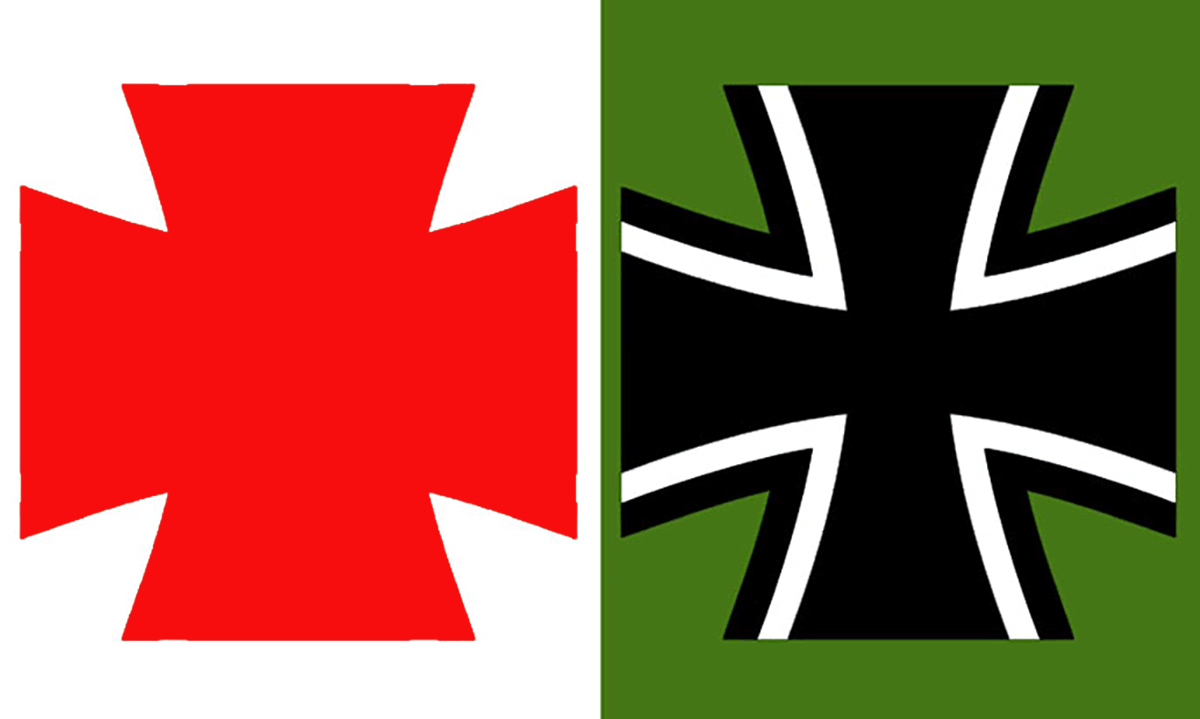 The four branches of the cross represent the four rivers of Paradise, which are in fact four canals on the artificial island Atlantis as on the mother ship Hyperborea. These four channels have been disproportionately magnified by the ignorance of copyists and fashion effects, yet we must see there, not a symbol, but indeed the representation of Paradise, an artificial paradise that turned the heads of our first ancestors and whose memory is in each of our cells.

The degrees of noble ascent

“It takes sixteen quartiers de noblessedegrees of noble ascent to prove the nobility of four races in the Companies where we only receive the Nobles. ‘a tomb the shields of the father & mother, the grandfather & the grandmother of the deceased. We see in Flanders & in Germany tombs where there are 8, 16, & 32 districts of nobility” (source) Antoine Furetière, Universal French & Latin Dictionary

The origin of the word district is not that given by Furetière. It is true that we put the shields of parents and grandparents at the four corners of the tombstone, but why were we doing this? To commemorate Hyperborea and the legacy of the former gods, this is what I believe. Would Furetière have put the horse behind the cart?

Big things require you to keep quiet or talk about it with greatness. (Friedrich Nietzsche)

In summary, everyone will decide. Eden Saga is a karcher who clears away faded certainties and obsolete beliefs. The karcher is not known for its softness. Everywhere I look, I see signs that I am right. But what do you care? What matters is your path. It is done by your choices. Not mine.

I show a way to decipher the past. So use my karcher to forge your own beliefs. Or to overcome them all, if you have the strength.