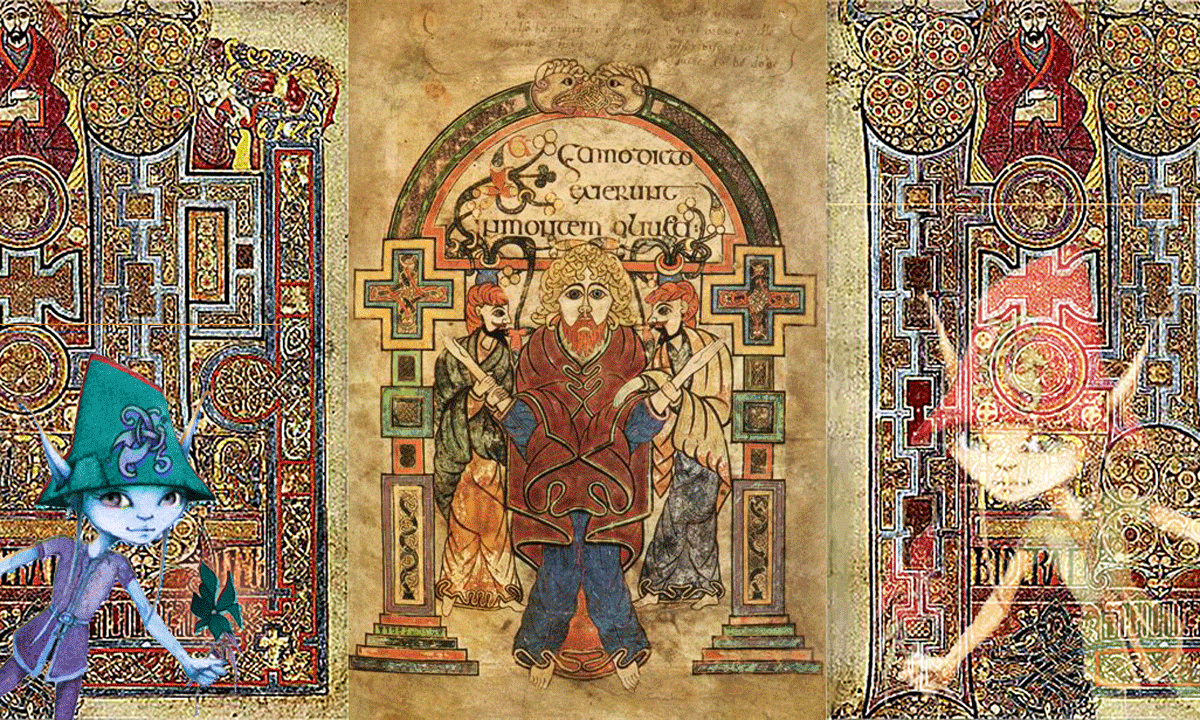 Pagan Gospels? How come? Well, I play with words a little bit. Just a little bit as you’ll see. These four texts do exist, I saw them in the Akashic Records. A virtual library where one can find all memories of mankind. I use to go there. Having read these texts, I can restore them from memory. Once again, I am the first one on this. Others are aware, far more important than I am. And far less incarnate…

To those of my readers who are not familiar with how I do things, let’s just say that I am a time passenger. I move as I please through all the times of my life, starting with intrauterine life. The fetus is a conscious being from the moment of conception. This flexibility that I have is not a gift of birth — I’ve already received quite a few! It is a gift that came to me from working on my engrams, through the process that I call Arcane XIII, and that others have named the little mysteries, or mysteries of Isis.

The details of my astral adventures are irrelevant. Know that after having found about twenty previous lives in both sexes, where I lived at all times (or almost) and in all countries (bis), here I became fast and fluid enough to move on the whole time line. That of this humanity, fifth of the name. Then that of the other humanities, going back to the first masters of Terra, this planet. Super giants of fifty meters with an active third eye in the middle of the forehead. Romans and Greeks called them cyclops. Irish legends called them Tuatha De Danann or Dana Ann.

This allowed me to tell you all these occult adventures, lived by men of flesh or gods very much alive of which most are forgotten. We only know their names, and not all of them. But the details of their lives are no longer on Google. Except here. This time my temporal hikes made me a sublime gift: to reveal to me the existence of unknown texts, pre-Celtic, telling the gesture of Ram, the saga of Ramos, the yana of Rama under the pen of four witnesses, or at least four disciples of the first emperor of a global world.

These four texts only vaguely resemble the Christian Gospels. They are rather distant from them. Yet I highly suspect the authors of the canonical Gospels to have been inspired by these very earlier Celtic texts which they would have known in the first centuries of our era. There is the number four, symbol and signature of Hyperborea, as the sign of the cross. Pre-Celtic writers and evangelists tell the story of the life of Christ. But the former speak of another Christ, much older. While the Gospels glorify Jesus of Nazareth, the names of the evangelists are but Celtic latinized names. Nothing is lost, nothing is created, everything is transformed…

These four texts do not really resemble the Christian Gospels. They are even quite distant from them. Yet I strongly suspect the authors of the canonical Gospels to have been inspired by these very earlier Celtic texts. They took the number four, symbol and signature of Hyperborea, as the sign of the cross. They have taken up the principle which they attributed to another Christ, Jesus of Nazareth. They have taken over the authors they have simply Latinized. Nothing is lost, nothing is created, everything is transformed…

These four texts, I improperly call them Gospels to emphasize kinship with the four canonical testimonies. They sing the glory and deeds of a Christ who illuminated the dawn of this humanity, the fifth of the name. This primordial Christ appeared at the turn of the matriarchy, when some giants became bloody warriors attacked the males triggering the war of the Amazons. He was a healer, warrior druid, negotiator, conciliator, general, liberator, emperor, pope, and finally founder of a godless religion, Lamaism, later Buddhism. 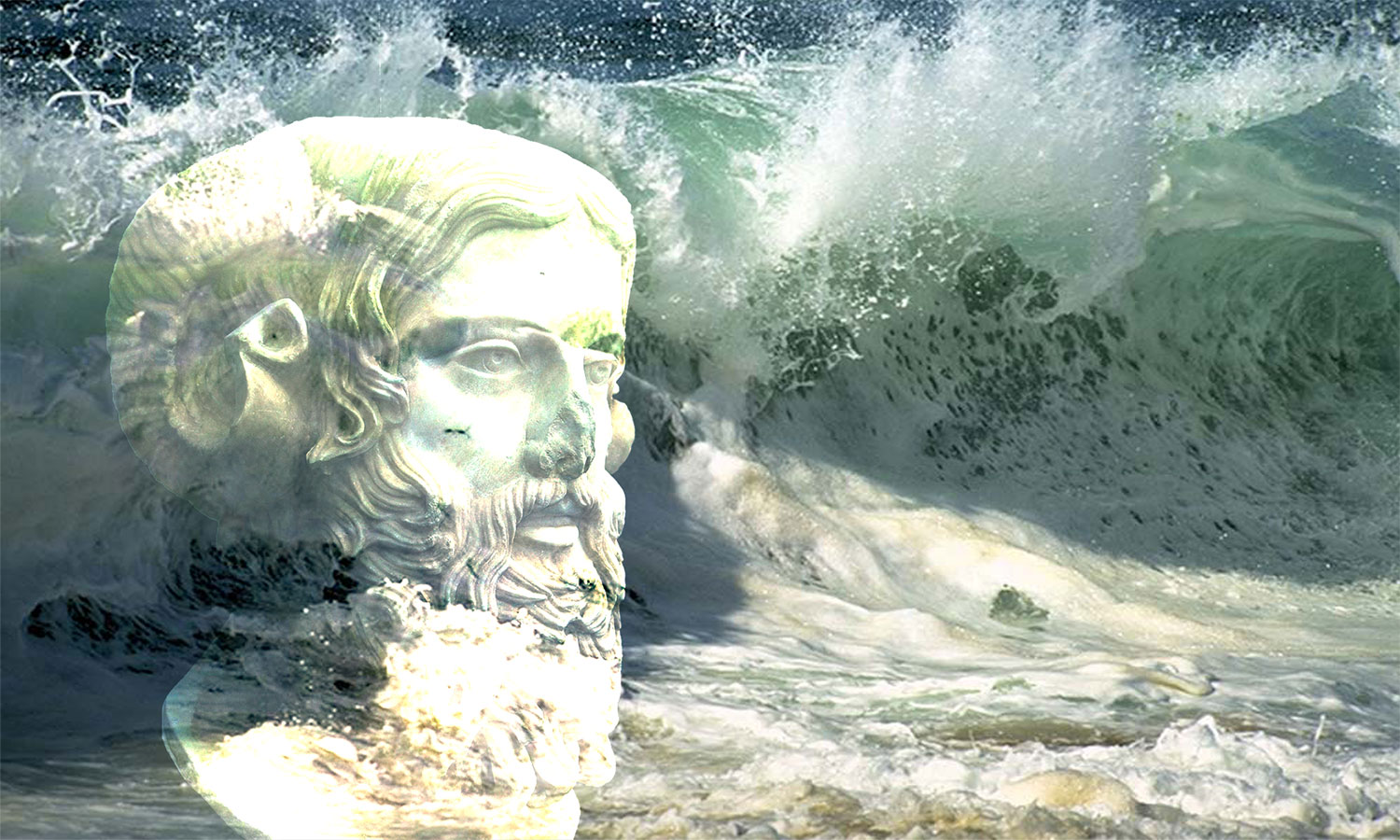 Indeed Prince Gautama, the historical Buddha is not the founder of Buddhism. The teaching of The historical Buddha Gautama Çakyamuni took word for word that of his most ancient and illustrious predecessor, Ram of Hyperborea, Rama the conqueror, Lama the wise. His trace is not only in the East. I traced Rama everywhere in the West, yet we all have forgotten him. Asia alone remembers him and his blessed passage. Sacred texts attest to this all over Asia, but his cult remains the most lively in India. Moreover, this country has attributed everything to itself, refusing to admit that Rama belongs to the entire planet, over which he reigned, the first emperor of the human people. He lived in India, but also elsewhere. His life, like that of the other Titans, lasted more than a thousand years. Even two thousand.

The pagan Gospels would rather be gestures or songs of gestures. The gesture songFr:chanson de geste is a European literary genre of the Middle Ages. It is a versified narrative (a long poem) most often in decasyllables or, later, in alexandrins, grouped in isophonic leashes (strophes with the same assonance, of varying size), relating warrior exploits belonging, most often, to the past. (source)

These are heroic verses singing the exploits of the great Rama, the first emperor of men. These gestures are attributed to four heroes of Celtic mythology, Yann, Lugh, Marc’h, and Myrdhin. Iahn is forgotten today. This name, which is very common in Western countries, is supposed to come from John, apostle of Jesus. I believe it is the opposite. Myrdhin is none other than Merlin, the enchanter of the Arthurian cycle. Marc’h is the king-horse of Breton mythology. Lugh, father of Cuchulainn, is a Tuatha of the goddess Dana Ahn. And Iahn is said to be Rama’s favorite… just as the apostle John has been for Jesus.

The resemblance of these four names with those of the evangelists is more than disturbing. It is voluntary. That’s my opinion. Up to you to follow me. As you will see, the resemblance ends there. They do not speak of the same Christ, there is an epic breath in Celtic songs which is absent from the Gospels. They help to dream those who came from hell.

Very soon, The Gospel of Iahn. Will follow those of Lugh, Marc’h and Myrdhin. If Rama lends me life until then. Of course. 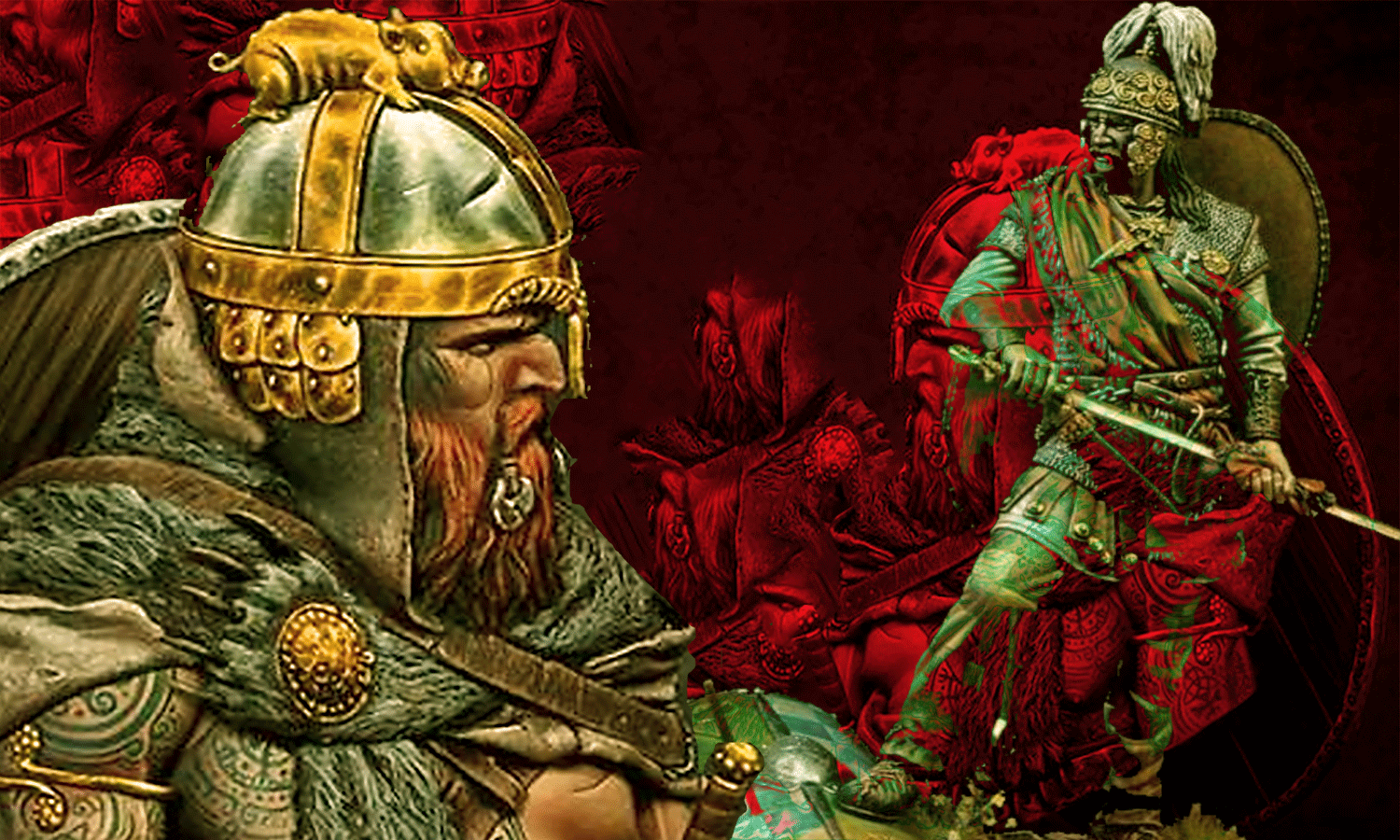 When from the Two you have made the One, and from the top down, then you will go into the Kingdom.