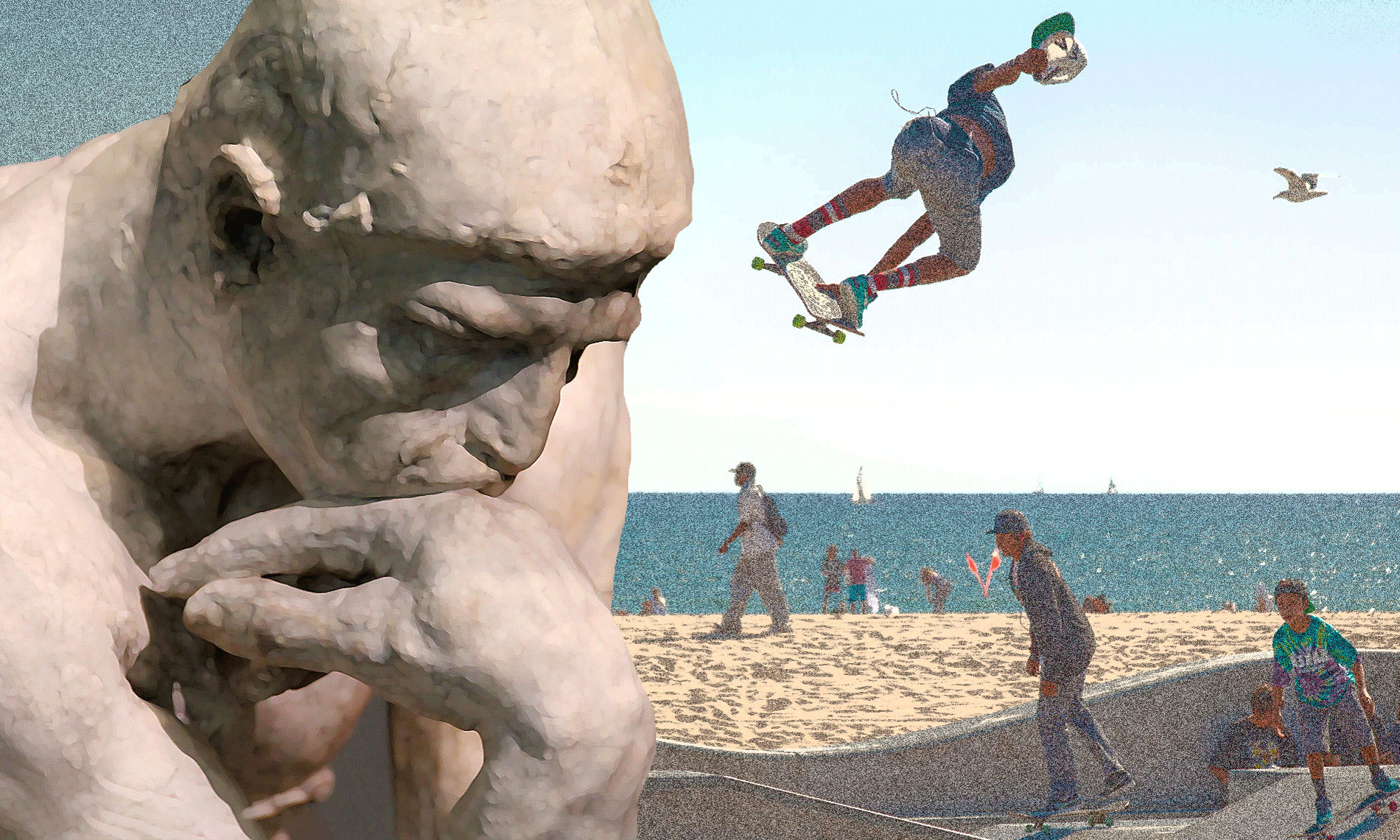 The history of thought knows two rather irreconcilable approaches, reflection and action. Philosophy is not a science, despite its annoyance. The specialists of the question, licensed philosophers, often have only the shield of their theories to defend themselves from the sometimes severe attacks of their colleagues. The love of wisdom is not worth the wisdom of love …

Reflection is defended by the proponents of essence, which constitutes the being of things, animals, plants and people. These consider man in general. They seek to explain everything, favor reason and build systems.

Action is the business of the partisans of existence, which shatters all systems. (source)Soren Kierkegaard Those will privilege the individual, while the supporters of the reflection are rather on the side of society as a whole.

If they haven’t given up their sanity, which would be going crazy, let’s say they’ve stepped aside. There is still reason, but it coexists with madness. The druids practiced mad thought, the warriors of Nagual have controlled madness.

Nagualism like the other primordial religions does not oppose these two poles, it reconciles them in daily practice. So essence has no meaning, from this point of view, if it is not intimately linked to existence. Like Kierkegaard, the warriors of the nagual never work without each other. From this dialectical union, they draw their strength and extraordinary power.

I am clearly on the side of the action. My rule is ordinary madness. Jung talks about divine madness, why not? Go for this madness. I do not believe at all that man is a reasonable animal. I don’t even believe he’s an animal. And like Unamuno, I am convinced that many animals are reasonable –rational anyway.

Controlled insanity is in my opinion the best way, if not the only one, to achieve something that looks like the truth. It is as if we are in a multidimensional universe when we are only equipped to perceive three or four. In a multidimensional multiverse, it is more than a defect, it is an insurmountable handicap.

Is this why astrophysicists and other fundamental physics researchers are cunningly competing to imagine increasingly outlandish theories, the universe in the shape of a saddle of a horseor pigeon shit? the nature and / or existence of dark matter, of multicolored matter, the unification of the four forces. 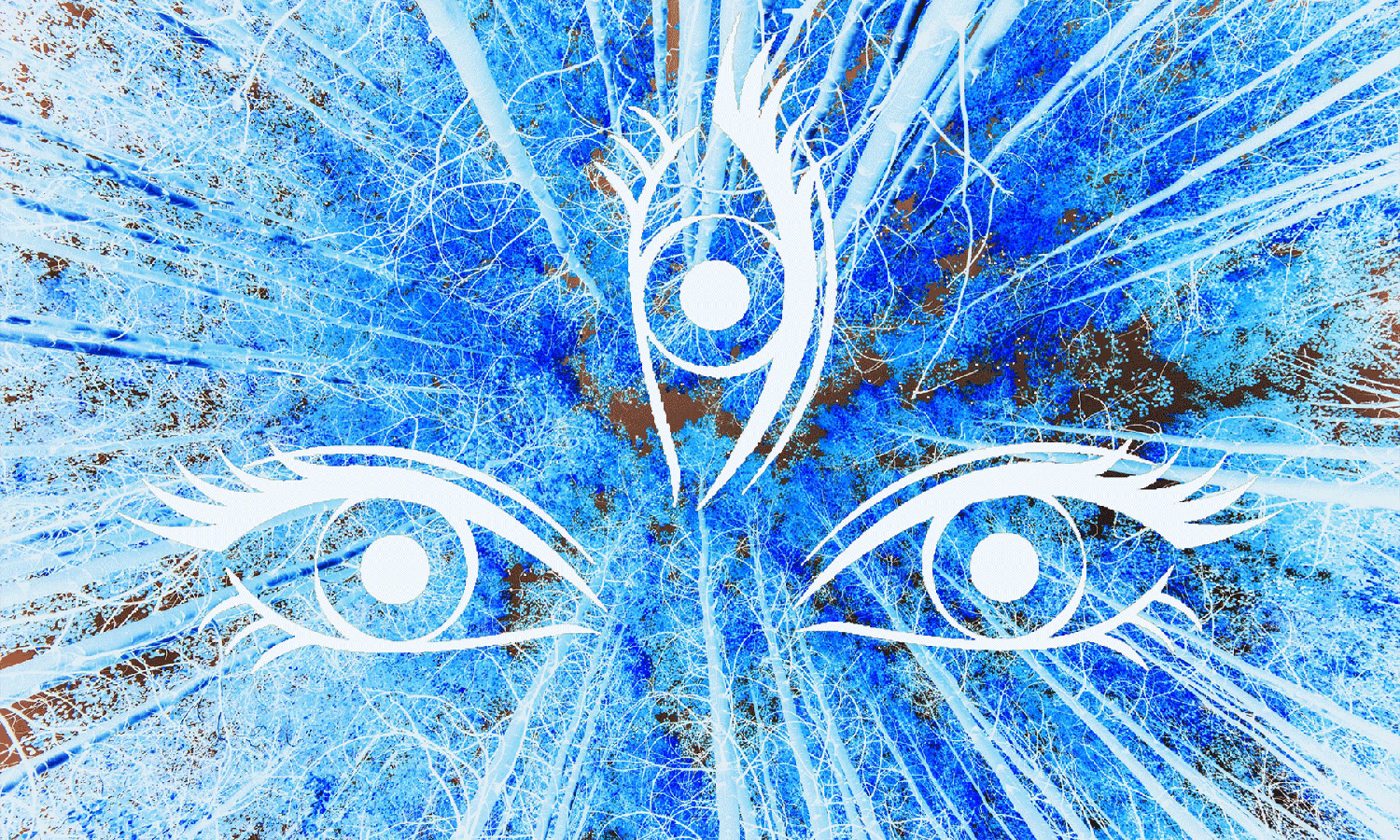 Step into your light

In my practice of reiki – which I call reki of Erquy – I have been led to work on this subtle matter which comes from us and marks our passage. These are filaments that I have known well since adolescence –half a century ago. I see endless ramifications of the large, subtle tentacle that we all have, about two centimeters below the navel. It is visible in the astral, and because it is as material as the subtle body, it is visible to everyone –under certain conditions of solar and / or artificial lighting.

It serves us for many things. Before awakening, he is already working, but not being directed by the will of the warrior, he acts under his own impulse, and very often against ourselves. After awakening, you enter your light. A Zen initiatory tale describes very well the different interior stages of human life. It describes exactly the same path as the 22 major arcana of the Tarot de Marseille. This tale is called Ten Bulls. The 22 Arcana are reduced to 10 actions, the fourth describes precisely the situation in which the awakened one finds himself: “In the fourth, capture the Bull.” Catch Bull at four. Cat Stevens made it a wonderful song – he did just that before changing his name and track. (listen)

The Taurus captured, the warrior can and must enter its light. Here is how I experienced this moment. I walk on a path which is no longer a path but walking. Straight ahead rises an impressive column of dazzling white flames. I walk towards the column of bright light, as the rabbit is drawn to serpentine hypnosis. Impossible to deviate a step, nor to slow down. The more I approach, the more I run. my feet no longer touch the ground.

And flash! I’m breaking through the awakening wall. I entered my light. It is on the desert of my own stretched out body that I ran for hours, faster and faster, towards the navel of the world which is mine. I am re-born.

The branched tentacle, that’s where I stood, in front of a sort of desk with dials, sliders, flashing lights, incomprehensible screens. I’m in control of my tentacle, but I have no idea how to fly it. A long time later, I understood that there is nothing to understand, nothing to know how to do, everything is given in the moment when you are ready.

Nothing to calculate, nothing to remember by heart, this path leads nowhere. You go around in circles in the little jar of your brain and the closed world where you graze surrounded by the cattle of the gods. Each of these ramifications, each of these filaments is a potential contact with other entities, human or higher. These are optical fibers. But also cables that can pull the other. Pull him out of his body, for example. You want to try? 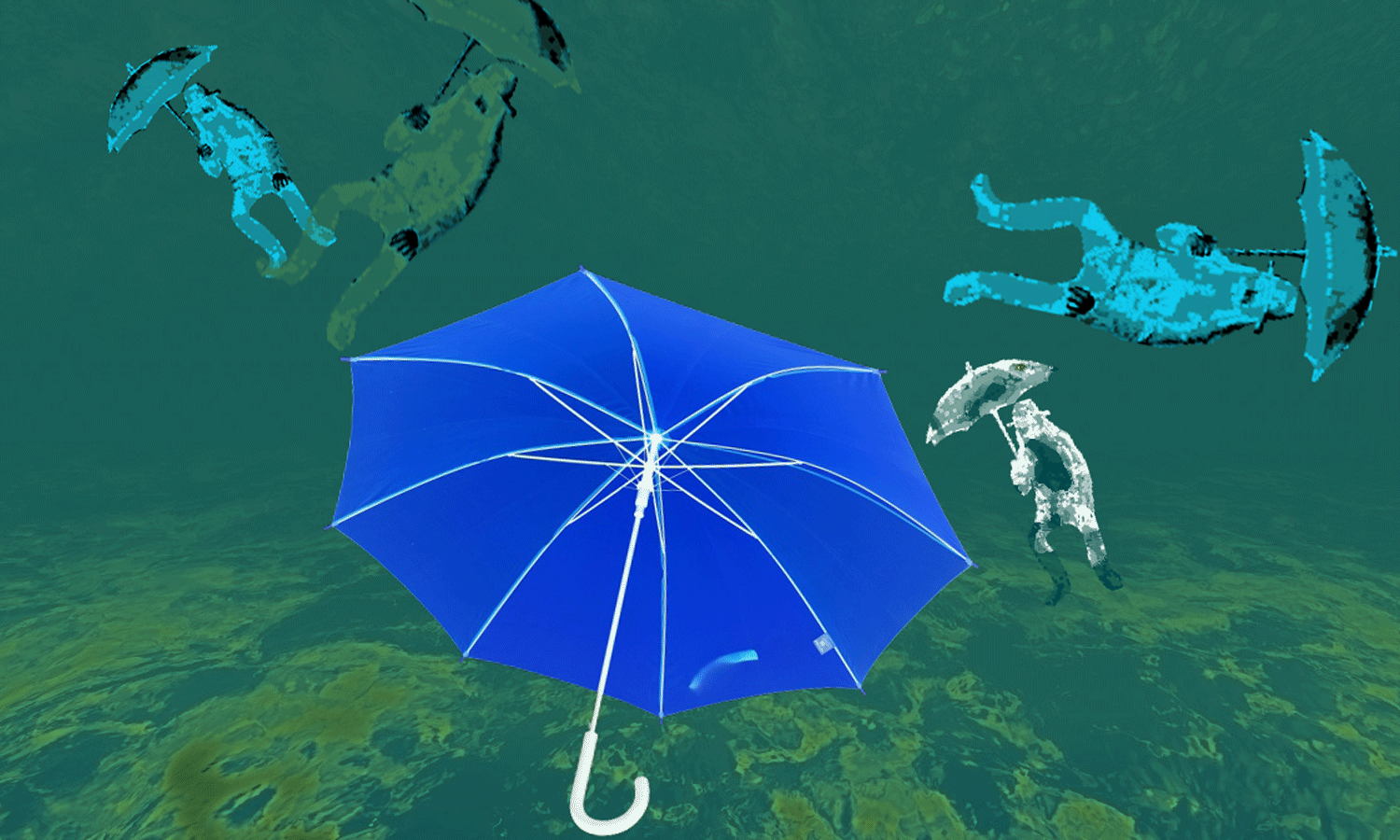 These cables are hardware, I said. A matter with atoms even more spaced apart than visible matter. But matter all the same. I use it to restore optimal functioning of the energy scheme. I also use it to heal. To galvanize. To re-inflate. To tone up. To perfect the balance between the two sides of yourself, the right and the left, which correspond to the two hemispheres of the brain, but reversed.

The left side of the body rules over magic, absolute creativity, and basically all psi powers. It corresponds more or less to the right hemisphere of the brain. The right side of the body corresponds to the left hemisphere: pure reason, formal logic, mathematics, fundamental physics, music, architecture. Anything that can be put into an equation. It is the king side in our sadly Kali-Yugic era.

In short I use it for many tasks. All the care I give, in presence as well as at a distance, goes through this subtle or diaphanous matter, which participates as much in the subtle as in the gross, as much in the spirit as in the matter. The results are there which encourage me in this way. The achievements of the members of the scalar practice workshop testify to the excellence of this path, and even more to the talent of the participants. I am overwhelmed by this innovative practice, which opens up some very encouraging perspectives. In these glaucous times of glaucous home, it’s nice, swear.

The diaphanous –or sheer– material is exactly that. One day soon they will tell us: Yes, we know, it’s this new state of matter, you know plasma well. It’s great, it serves everything, it just came out. You have to get started, old man. Live with your time.

That is precisely what I have trouble with. Too much trouble. It’s hard here. And it lasts! Live with my time. If only my time could live with me. My time, you know it well, who has always read me. I write in a cabbage leaf displayed in the Hall of the Akashic Records. Nobody reads it, those who get there don’t give a fuck, they have their own quest, they are aware of themselves, they have conquered the death of the body.

It’s all me. Either I’m crazy or I’m a ghost. Or both ? Watch my shadow fade away. Diaphanous like subtle matter. Bright like it. Like you… 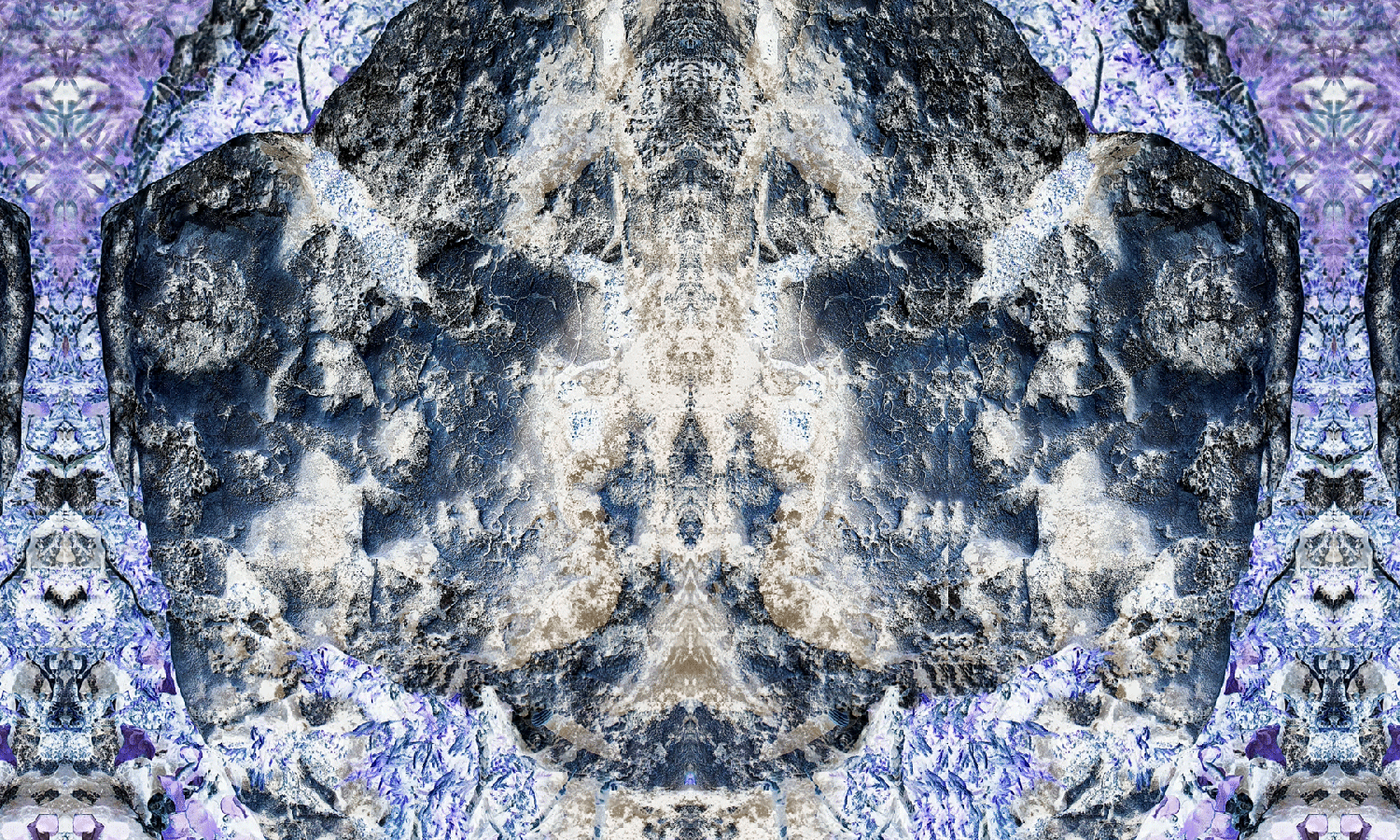 It is no longer my shadow. It’s not me anymore.