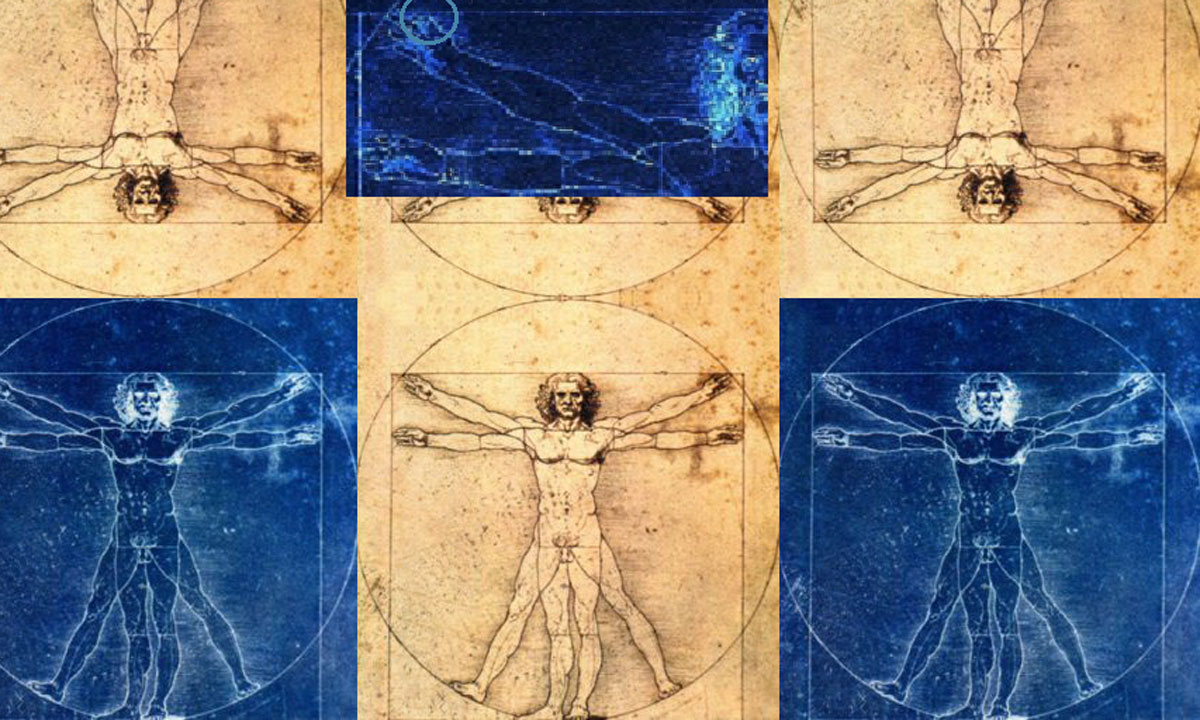 Last in my work, the quaternary chakram are the horizontal branch of the cross, like the cross arms of the Vitruvian man, like the transept of the christian churches. They are found in so many other right angles, all bearing the mark of sacred signs.

Let me introduce four new chakram located on the arms. I name them quaternary, for they come in the fourth position in my research. I discovered the work on quaternary chakram long before naming them, or even knowing that they were chakram. I could not understand it until I realized the huge difference they had with the other chakram. Quaternary chakram are aligned on a horizontal line.

The meeting of the fourteen vertical chakram and the four horizontal chakram represents the union of the Man and the Woman. This union produces the child. Thus the eternal trinity, the Mother, the Father and the Child, are realized in each one. If this name surprises you, click on the link above, you will find something to satisfy your curiosity.

The Mother is the Spirit, the Father is the Body and the Child is the Heart. Their union realizes the integration of our three persons, Heart, Body, Spirit. At the source is the unique Soul-Spirit. In splitting, She created the Body. The loving union of the Body and the Spirit creates the Child. Whatever her/his sex, the child is love. Her/his union with another Child begins the eternal cycle again.

This is why the rebalancing of the chakram can not be effective without integrating the horizontal branch of the cross. So I placed this article under the sign of the Vitruvian man. I developed this vision by contemplating this masterpiece. I do not doubt for a moment that Leonardo da Vinci did not wish to express the presence and the secret action of these unsung chakram in his well-known work.

The Vitruvian man is part of this masterpiece too well known. They have been seen and seen too much to be able to marvel at them. And yet they offer us incredible secrets. Great Initiate, Leonardo da Vinci shows us through his work the thousand paths that lead to the Way. The Way is that of awakening. Reiki of eighteen chakram is a path of enlightenment.

Everything is given to who knows how to look. Everything is visible to whoever opens the eye. Since the time I practice Erquy Reiki, I should have noted the fact that I am particularly interested in the shoulders, elbows, wrists and palms of my patients.

As we have seen, the secondary chakram are double: the knees, the ankles, the soles of the feet. The quaternary chakras correspond to them; they are double as well. Because both are located on the limbs, not on the trunk and the head as the seven main ones.

Exceptional, the quaternary chakram do not look like any other. In an ideal position, like that of the Vitruvian man, they are horizontal, while all the others are on the vertical axis of the standing body.

I have already indicated that the secondary chakra of the knee is connected with tenderness. A difficulty felt in this chakra often indicates a lack of tenderness in early childhood, which can lead to modesty at this level. The subject will be unable to express his tenderness to those he loves, because the emotional trauma remains acute.

All his life is trailing the blockages and emotional trauma of childhood. Proper work on this knee chakra should allow for a better emotional and sensual balance. It is the same for the elbow on the outer side of the arm, and on the inner side. 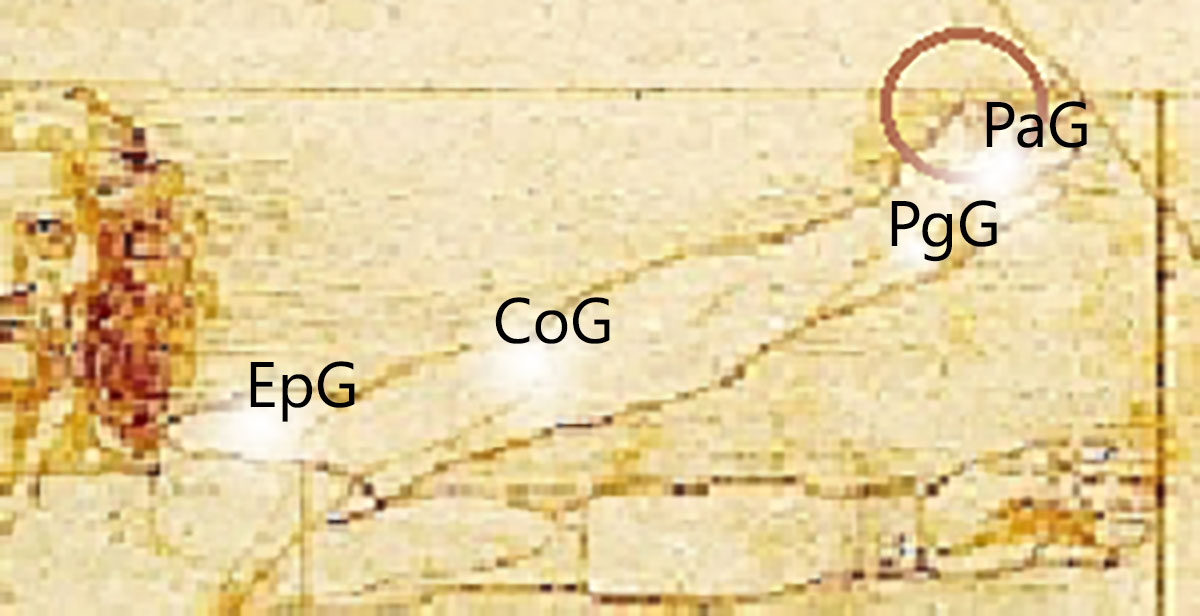 I also like to dwell on the shoulders (EpG and EpD) which are the dominant quaternary chakram. They play an important role in the subject’s balance, and in the confidence he has in his abilities.

The French languagesorry for English readers is full of expressions that show the predominant role of the shoulders. To have the build, to have the shoulders, to supportFrench: épauler, ie to shoulder someone, etc. All these phrases refer to self-confidence. Shoulders indicate less physical strength than solid balance. To have shoulders is to be trustworthy. He who has shoulders supports the tasks entrusted to him. Whoever does not have them remains velletic.

That’s why I associate the shoulders with elbows, palms, breasts, hips, in my reiki as in holistic massages. I have also observed that shoulders, like ears in acupuncture, are a shortcut for the whole body. If I put my hands on both shoulders, the patient feels like I have his whole body in my hands. This is really useful during a holistic massage, because it allows to close the phase of silhouette. The whole body is unified.

An old friend had this rare expression, I only heard it in his golden mouth: “The day and the night are the two sleeves of the same jacket, but the shoulders are wide.”

Like the knees, the elbows (CoG and CoD)  refer to tenderness. But also on the other hand, to brutality. We all know the expression play elbows: make your way without worrying about collateral damage.

Gently massage the elbows with the palm allows the sensing to communicate a good dose of positive energy. It is a nerve center in the elbow that sends an electric shock when struck. It is a trauma of the ulnar or ulnar nerve. Massage gently with the fingertips this sensitive area avoids frequent discharges when striking his elbow.

Massage is one of the best ways to work with quaternary chakras. I use it and abuse it.

Like all joints, wrists can make older people suffer. Athletes, especially gymnasts, can also suffer. They wear wrists of force, bandages of leather which avoid the false movements and prevent to force on the fragile articulation.

On the subtle level, this area is that of the Western pulse and the Chinese pulse. It concentrates a large amount of Chi or Ki. That’s why I do not recommend wearing a wrist watch. This is the worst place to stick a mechanism, or worse, an electronic device.

Connected watches, the abomination of abominations, are downright monstrous. The subject who wears one will not be surprised by the subtle and repeated disturbances that affect his mood, his physical form, even his health.

In subtle touch, reiki, massage or touch assist, we can correct this dangerous inflection. It most often results in a leak of energy-light that is visualized as a luminous geyser above the wrist, where the watch is worn.

With sensitive or hypersensitive people, a massage of the palms can lead to a torrent of tears. The person regresses until the very early childhood. The raw emotional exhales his wounds — distant or near. Therefore, it must be used with caution and delicacy. The subject may feel lost, helpless. The familiar French expression je suis paumépaume means palm meaning I feel lost comes from this aspect of the palms.

In massage session, I start by placing my palm on the palm of the person, and I watch for his reactions. Similarly, at the beginning and during the session, I put my palm on the soles of my feet. This allows me to send a good sweep of subtle energy through the entire body diagram, and to visualize hot spots, engorged chakras, leads and dead sections.

The palm allows the same effects on the other three secondary chakras. It requires great gentleness and sensitivity on the part of the Reikist. Yes, I invent the word, so what? Everyone understood. I could have said Reikisician, or reikiologist, or reikiopath, but I prefer Reikist, it’s shorter and easy to remember. 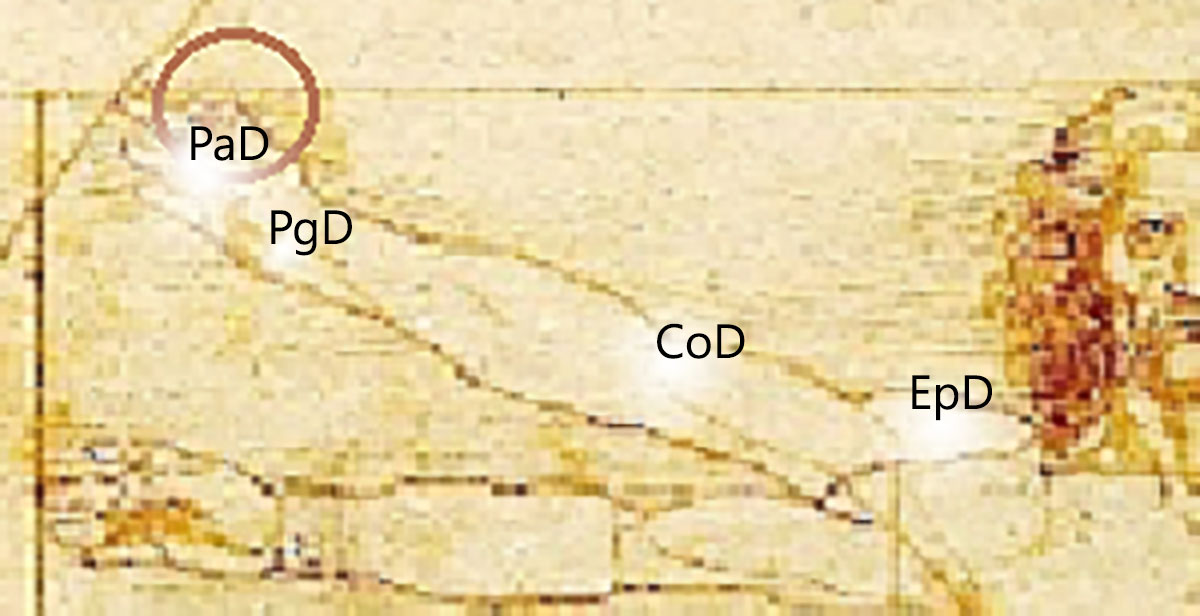 Several institutions and federations compete with one who practices the purest Japanese reiki. I have nothing to do with any of them. My practice is not only tactile, but subtle. I work on the subtle body, invisible body envelope, but quite sensitive. It is on the subtle body of are arranged the chakras, or their 3D image, a sort of link that allows to communicate with them and to act on them without having to penetrate the physical body.

I explained elsewhere that reiki practice and name was not invented by a Japanese at the beginning of the last century. It is much older, prior to our era. It dates from the depths of antiquity. It was developed and practiced by the Greeks who were not even the inventors. From what I have seen, it is part of the teachings of Ramos of Hyperborea. He whom Hindus call Rama.

That’s why my practice is about the energy scheme and the chakram, which is not the case of Japanese Reiki. I even integrate secondary, tertiary and quaternary chakram; bringing the number of our chakram to fourteen, and even to eighteen active plexuses. No one else, to my knowledge, has practiced on such a range. Try, you will enjoy. But mind, it’s addictive. 😉 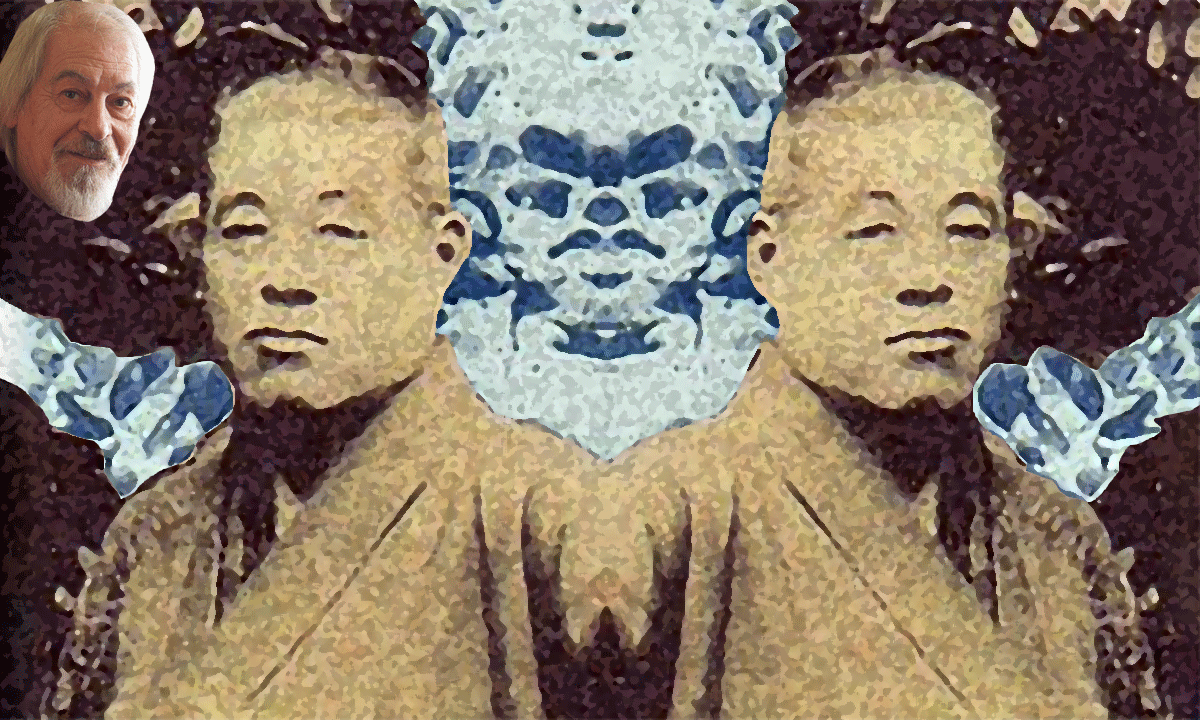