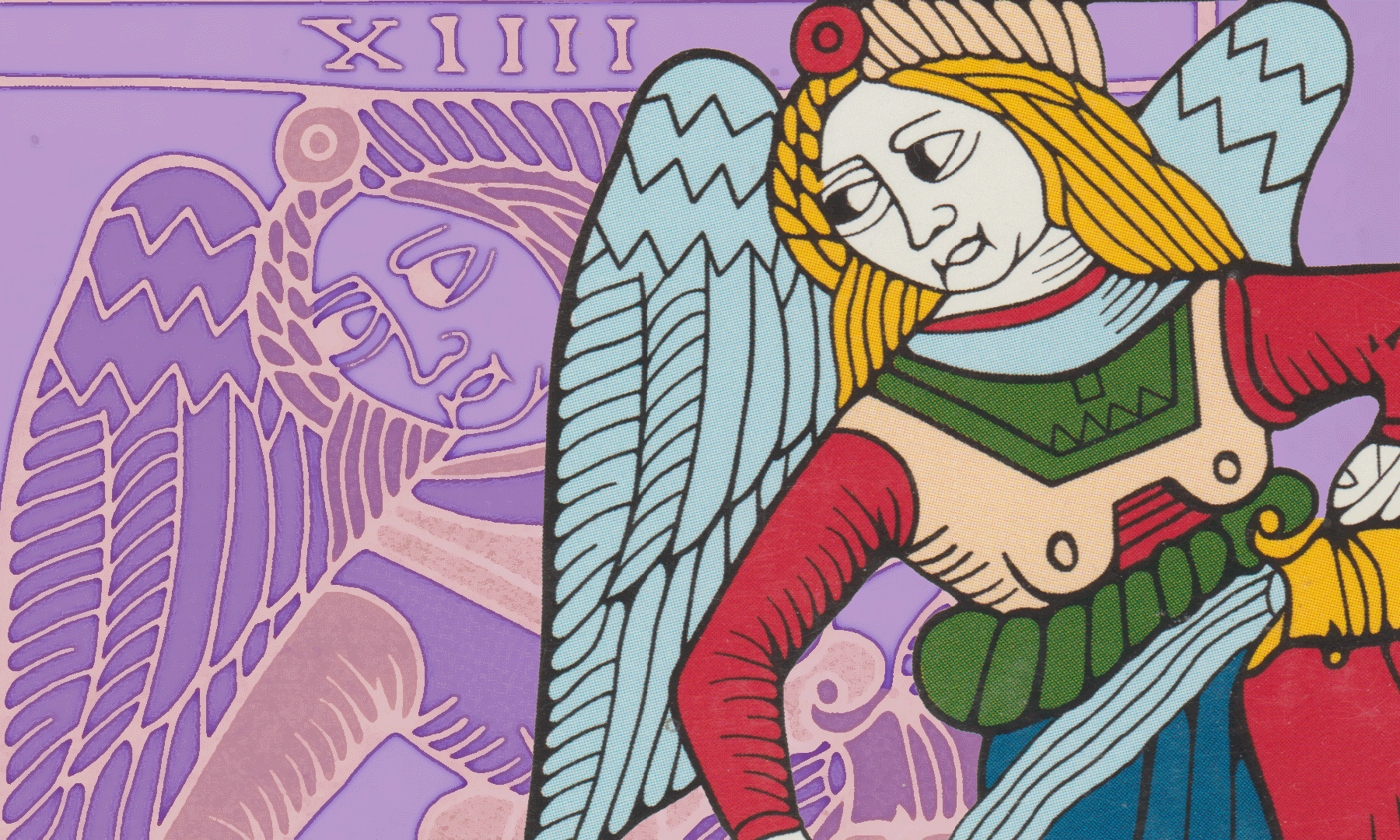 Dear flying astral, accustomed or newcomers, this page is yours. On this solemn day begins the third cycle. The first two have exceeded my expectations. Now you are in the starting blocks. All day long you will be watching for the subtle signs revealing my work on your energy bodies. Tonight, when you are asleep, the first group flight will take off …

This will be the case throughout the session, until Saturday 27 February. By day I send waves of energy to you which prepare you for astral action, at night we fly in tandem, in group formation, through places and planes. Sending energy will not interfere with your daytime activity. Note the signs, if there are any. And at night, let yourself go in consciousness towards another world … that you already know!

Access to the astral plane opens after Arcane XIII. This is the big spring cleaning that I mentioned about the second cycle. This third cycle which begins is inscribed under the sign of the following arcane, XIV Temperance. And it’s easy to understand.

As long as the warrior has not reached the energetic stratum, as long as most of his energy remains blocked in the emotional sphere, the free flight of the warrior in the astral is not possible. It is the energy that is lacking.

What I did in the first cycle was to stimulate a powerful and lasting energy transfer. The expense is important to me, but the returns come in the form of love, expanding empathy, and always more opening of the heart. See how much I gain and how lucky I am!

I am monopolized by this third cycle which starts for the flying astral ones. Most of my astral activity is devoted to this cycle which begins today. Next night, I know, the group will fly in formation. We will all be there. Even if few of us will remember it when we wake up … 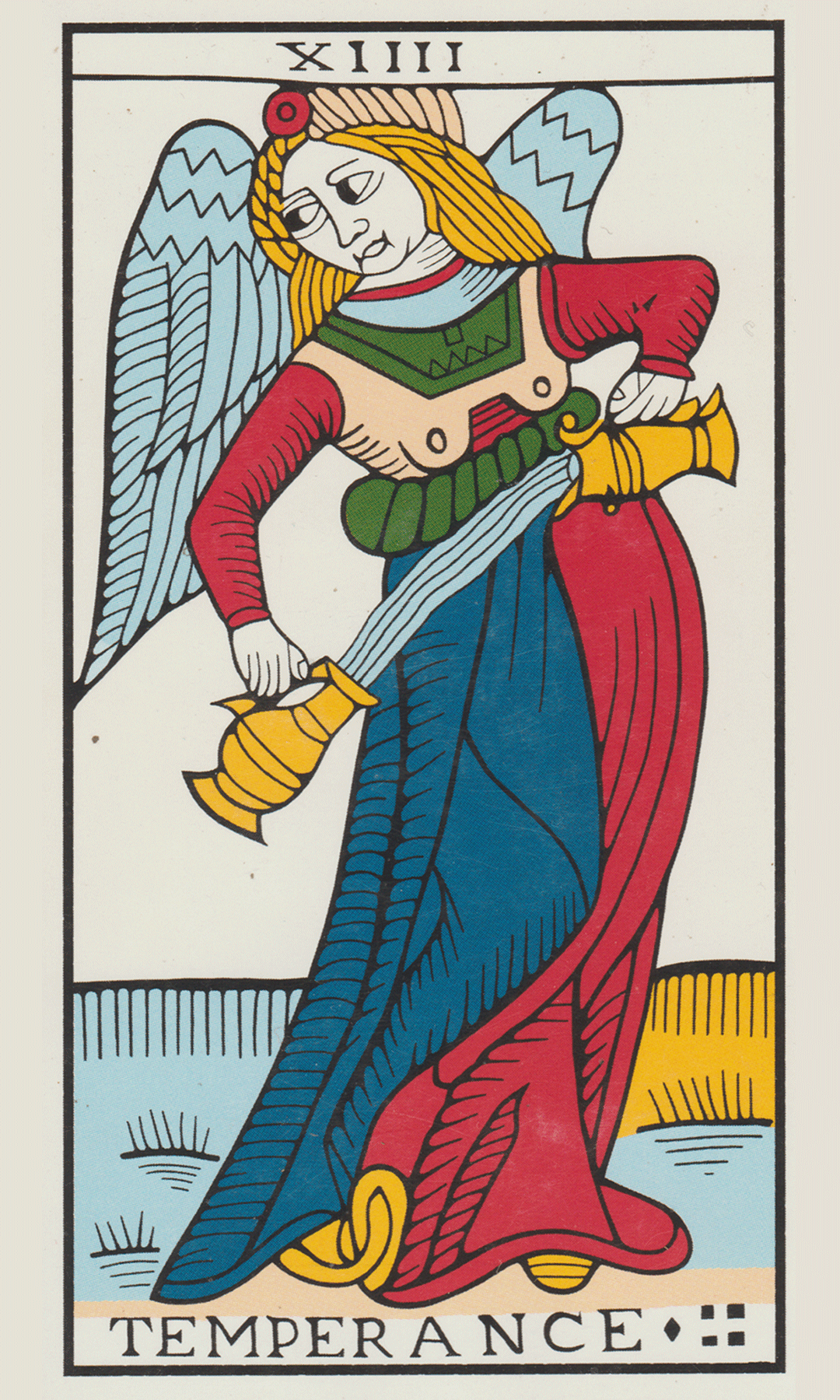 Two days ago, I had a dream. A character appeared to me. A topless woman. The energy was flowing briskly from one side of his body to the other. I saw her beaming like someone who is close to awakening. And I understood the message of Temperance. This powerful arcane will therefore accompany us during this superb adventure.

This is the first time that I have given a wavelength. The idea of ​​imposing any framework disgusts me when it comes to astral. I was very hesitant to do it, but the vision was crisp and clear.

I questioned the bottom of the air, it is fresh like the nose of a toned dog. I scanned the bowels of the earth, questioned the stars, observed the flight of the eagles, threw the bones, pulled the yiking, laid out the runes and yelped with joy: the signs are favorable, so I do it.

I am announcing this good news to all flying astral skiers. We will sail under the sparkling banner of Temperance. The astral adventure follows its course according to the major arcana of the initiatory tarot. See instead. The second cycle was placed under the banner of Arcane XIII. And what does the Tarot announce after Arcane XIII? The XIV, yes, that was then written as follows: XIIII. The Temperance Arcane.

I have mentioned this arcane in several articles, one which is personal, another more general. You can also read Key of the initiatory tarot and The Tarot by Jean-Claude Flornoy. 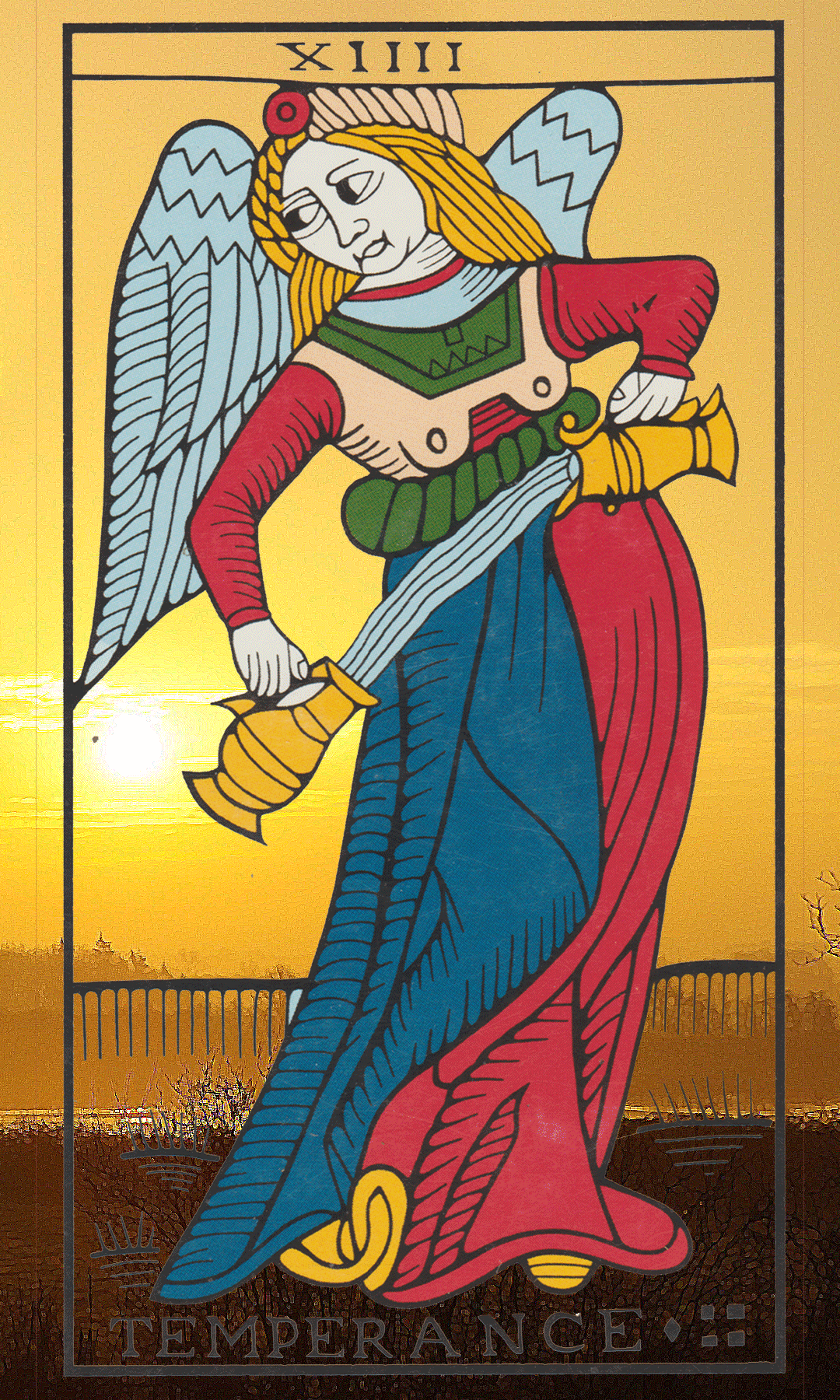 The astral opens after the arcane XIII. I will show you in the picture that Temperance is the portal to the astral. Here I am speaking more specifically to you, my flying astral. Temperance is the portal to the astral. This time our flight will evolve towards other horizons. Higher, larger. More intoxicating. I see them gently emerging from the haze of the future. Like us, they will be woven into the fabric of dreams.

If you want to control your astral exits, if you want to capitalize on your experience on this other plane of life, if you want to find this other part of you, which she did, without a sound, without respite, every night, since that you live here, within your reach here is your other life, your hidden life which runs is visible, accessible, it is the possible target.

The previous cycle was a big surprise for me. I was only expecting an intensification of the first cycle, where several flying astral had acquired awareness of their astral evolutions. But no. My energy inputs had made a dent in the shell of the ego. Several participants were resolutely engaged in an energetic process of rising kundalini.

This implies first a cleaning of the central channel sushumna, in order to allow the passage of the kundalini. This cleaning, in the initiatory language of the Tarot de Marseille, is called arcane XIII, the nameless arcane. The second cycle was therefore almost exclusively devoted to this vital, regenerating cleansing, with the effects that never cease to amaze us. Newcomers to this third cycle will certainly have to perfect their own cleaning, they will undoubtedly evolve less quickly than the regulars. but nothing is certain. In this apotheosis of miracles, anything can happen …

The memory of the double

It is necessary to wait for the awakening to have the memory of the double permanently. The awakened one knows at every moment what is doing and what his double knows. Valuable source of information. It’s like having a portable, searchable transcendent Google. Some of you, dear flying astral ones, have already glimpsed your double during the second astral cycle.

This is good, but we have to consolidate this result to make it an automatism, something as banal as walking or breathing. My energy contributions that you will be able to perceive during the day, aim to hoist you to a higher level. When you are there, you enjoy all the sensations, knowledge, feelings and powers that are awakened. I give you a boost, but you have to go up to benefit from it. Windfall effect. 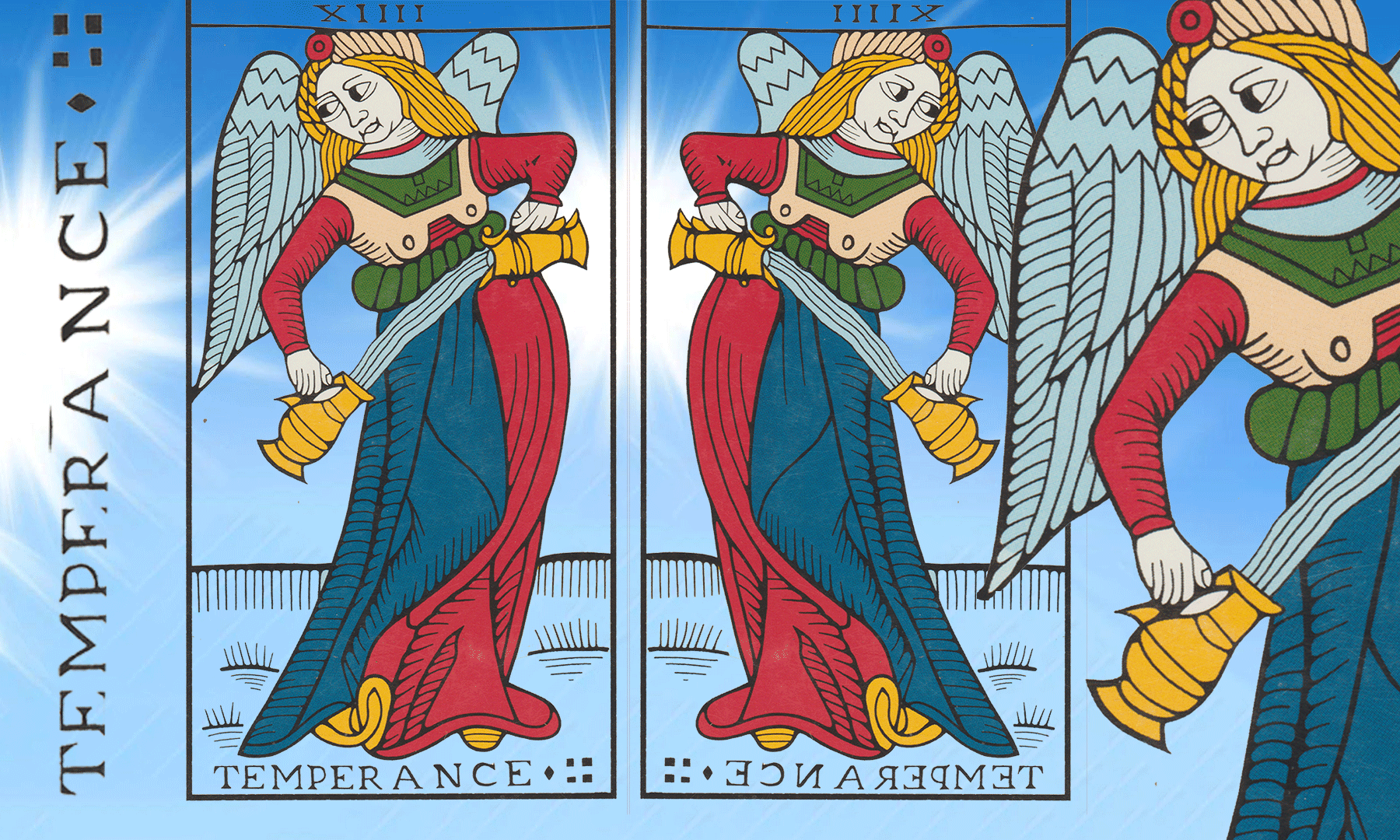 I sure didn’t think it would work so well. Take advantage of these rare accesses to the memory of the double, get to know yourself from a new, larger, more complete angle, learn to discover the wholeness of yourself. Your double will be your guide, as soon as you see him, hold on to him.

If in doubt, I’m here to help you. The more precise your reports, the more effective my answers will be. Close communication between you and me is useful and beneficial. Your hesitations and questions are going to be many, especially if you have no astral experience.

Starting tonight. During daytime, you will have the opportunity to perceive bursts of energy, or any other phenomena that I ask you to note, mentioning the time. And next night, freedom is yours! Astral flight will unfold, with your consciousness or not, with memories when you wake up or not … Be patient: we do it again tomorrow and the day after tomorrow, and during a whole lunar cycle, from black moon to full moon. You will love it. Note everything, write to me as often as possible, great things are brewing ….

How lucky you are! This discovery was the most beautiful day of my life, which nevertheless counts many and magnificent. I envy you. And I tell myself that I would have loved to meet an old nut of my ilk when I was where you are …