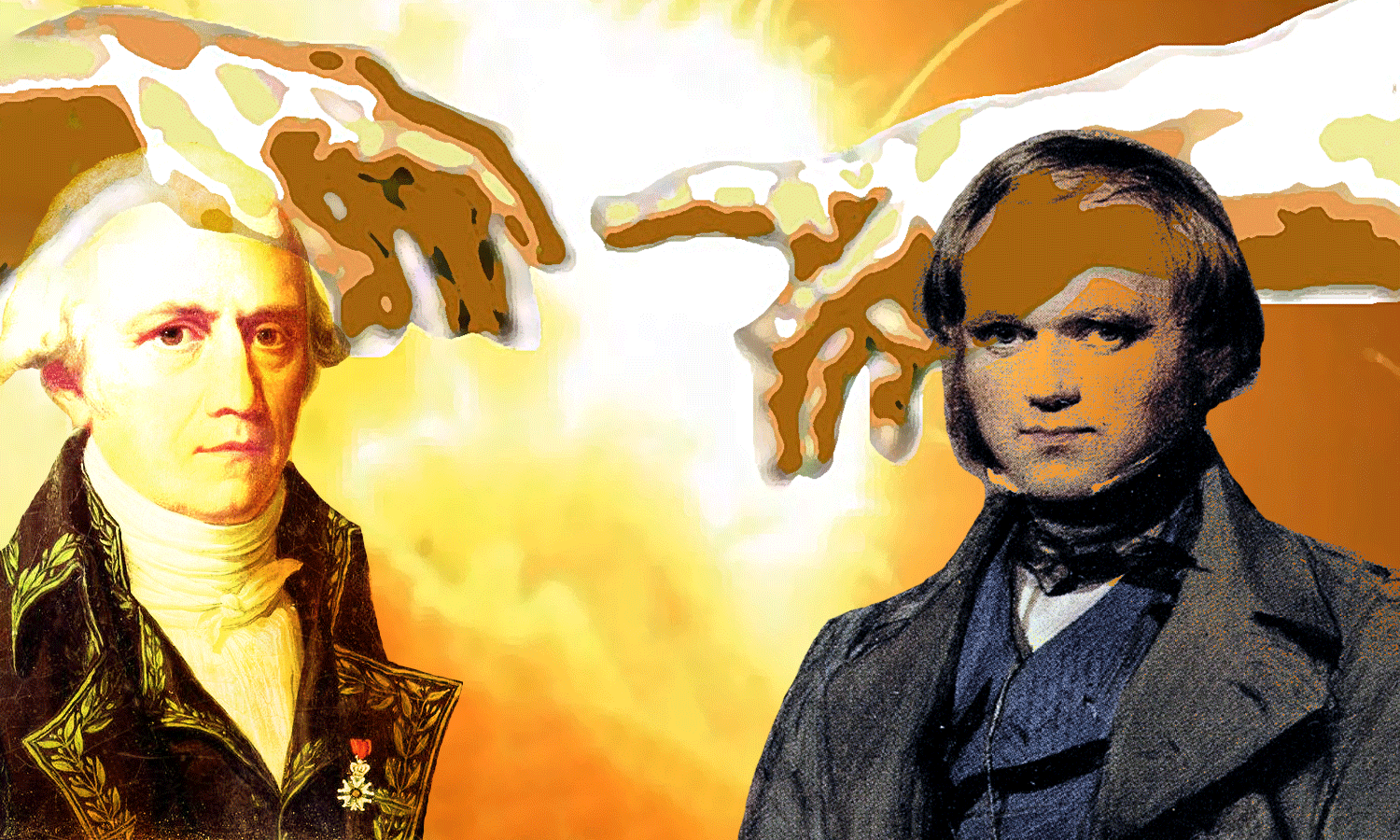 Two theories have clashed for two centuries on the question of our origins: creation or evolution? The deleterious debate inflames academics, sectarian sacristies and secular churches. If the caciques and the kids no longer come to blows, the conflict remains inhuman. Will it stop tomorrow? It doesn’t take the way.

Are we created? Did we evolve on our own from a single-celled organism? Science without conscience has decided without qualms. The disciples of Epimetheus have mostly opted for the theory of evolution imagined by Jean-Baptiste Lamarck and developed by Charles Darwin.

Tu parles, Charles! It takes water from all sides, your theory of evolution. No more believing it. Too many holes. Missing links everywhere, self-service on all floors! Jean-Baptiste is off track! I have narrated these facts elsewhere, go read it.

The funny thing is, he got it, Charles Darwin. At the end of his life, noting the too many loopholes, missing links and inconsistencies, the scientist was seized with remorse. He wanted to renounce his theory of evolution and have the books withdrawn from sale. But the withdrawal did not take place. Darwin did not deny himself, the cohort of his fans prevented him from doing so. The wise old man listened to the ignorant youth. Charles Darwin 0, Darwinism 1.

And yet, like it or not, the evolution is undeniable. Thousands of cases, myriads of examples show it to us at work. Vivacious at will, she is right in front of our eyes. To deny it would be shortsighted or bad faith. Now the question of starting up arises. Developing an organism is the job of DNA and the rest of the biological mechanisms, it’s tedious, we understand. But who created the DNA?

Who programmed the evolution? Chance and necessity, as Jacques Monod wanted? Sorry, that is not enough. Who stirred the soup from the start? Who took action every time there was a risk of screwing up? Is there a Living One who protects and propagates life?

In all the disciplines that are interested in living things from near or far, living things are the eternal absent. Whatever the scenario, there is always a key player missing. A conscious, intelligent, evolved, all-powerful agent compared to the rest of us, but not much different. Alive, therefore mortal. As much as I turn the equation all over the place, this main actor seems obvious to me, at least as far as we are concerned, the human people of the pretty tiny earth in the marginal system of a dwarf sun.

You’re no longer to win, Darwin. Soon more holes than fabric, in the weft that you have laid. Even if it pisses you off, there has to be a wick and someone in charge. The naive ages chose gods, that was yesterday. No need to go looking so high. The myth of the one God is based on a misunderstanding. Those who saw God the Father, like Moses or Jesus, saw him in the desert. So it’s a mirage. Humor? On the other hand, those who saw the former gods are innumerable: the oldest of our ancestors knew them well.

In the distant days when the gods walked among men, anyone could see them, hear them, and receive floats. They measured 4m. A flick on the back, you fly for three months. Our ancestors have spun soft. Soft. And to console themselves for their cowardice, they invented the myth of the good god by clenching their teeth under the lashes. Domestication was on the way. 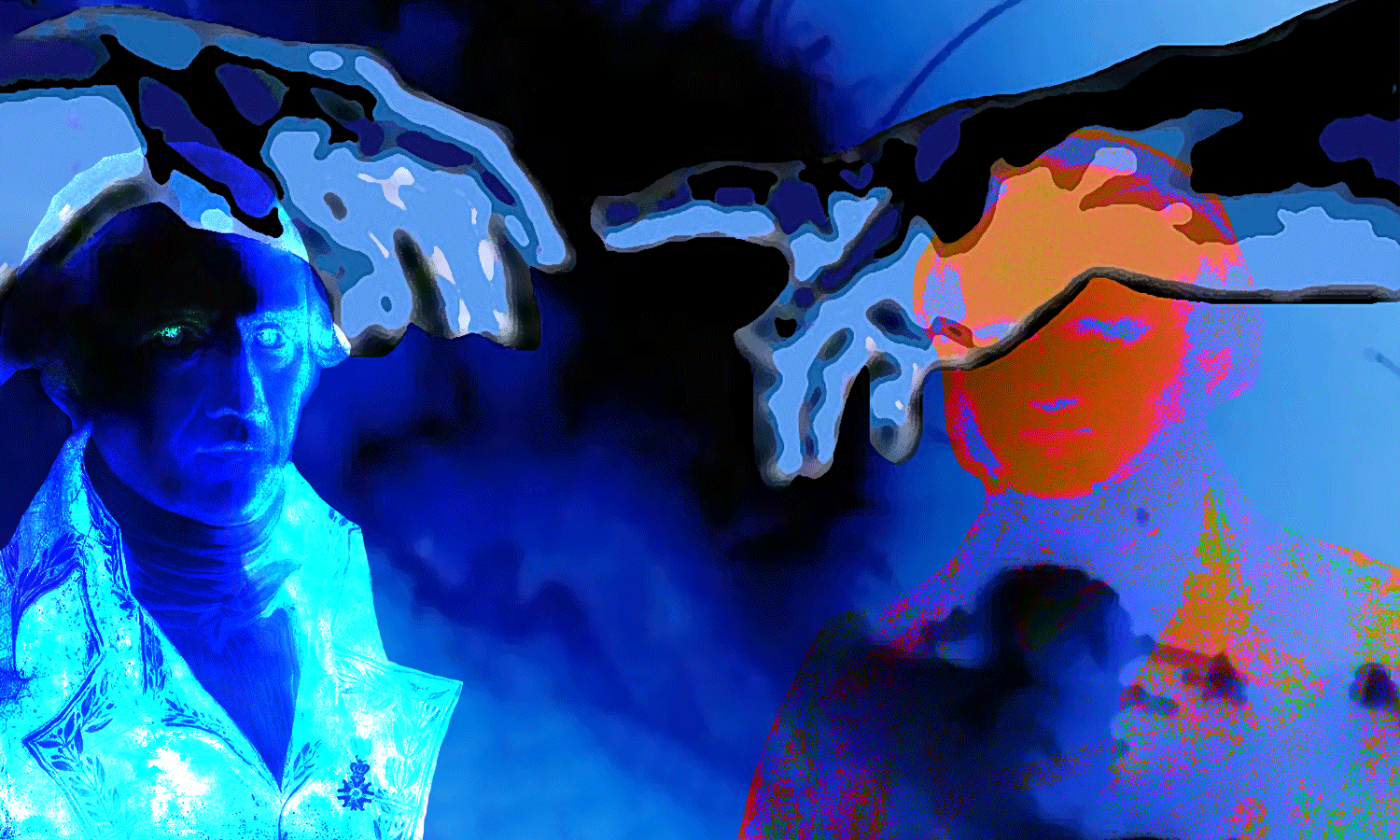 Short throw, wide shot. Forget Darwin. Widen the field. Let’s name things. Salute those responsible: terraformers. A gang of supermen disembarked from the stars. They came to seed this planet when it was still very young and very wild. If nature had done the job on its own, no humans, not the incredible biological variety on Earth, not so many sublime landscapes. It took an outside intervention. Hence nature as we can see it, ordered, tamed, submissive. By who ? Not just by man. Ordered, tamed, submissive by more powerful than us: the gang of former gods.

They’ve done the job from the start. With help, of course. Angels, Giants, Cyclops, Titans, Reptilians from dinosaurs, and then us humans at the end of the chain. All the others have disappeared, we are solely responsible on the ground. We can’t say we’re doing well.

A point everywhere, the ball in the center. Why oppose two theories that complement each other so well? These innumerable inconsistencies in evolution sign the rout of Lamarck and Darwin. On closer inspection, the missing links, dead ends, false leads are all anomalies that signal intelligent intervention. There was an act of creation. And not just at the beginning. Perhaps the philosophical delirium of continued creation is not.

During evolution, regular interventions, planetary or targeted, have directed the course of things towards more order and beauty. Luxury, calm and voluptuousness. It is because there are things to rectify when we let nature regulate the course of things alone! Species are disappearing, continents too, others are appearing which represent a danger for the whole, it is necessary to prune, prune, adorn, arrange, modify, orient, cut, sow, cut … The living is cultivated like a garden. Look at the Garden of Eden, or that of the Hesperides. Or the hanging garden of Semiramis in Babylon. Or the gardens of the Alhambra in Seville.

No, nature alone cannot explain the perfection that reigns on Earth. Likewise, evolution alone cannot account for all the incidents that mark its course. It seems to me to hold the proof of an intelligent, benevolent and powerful intervention in the various evolutionary stages of terrestrial life. This intelligence knows perfectly well what it is doing. It has a decline of several billion years. When it destroys, it is to rebuild better. In my opinion, we cannot explain our journey by resorting to the theory of evolution alone. We must add the ancient astronauts, terraformers, the gods before.

Not much, come on. We work, we ride, we sleep, we drink, we watch TV. If we’re over 50 we do that again. At my old age, it’s hard to find a program that suits me. Ah yes, however! There is one that always kicks me as much: Des trains pas comme les autresTrains like no other, on France 5, with the cream of a man as a guide: Philippe Gougler is kindness itself. The empathy he has, sincere, earns us rare moments. This love that he expresses wherever he goes, not without modesty, not without restraint, very gently. We laugh a lot at these beautiful encounters he makes us make, with real people, not clowns of clones.

I ask the question again: what to do with our lives? I hear whispers: No one told us we had to do something. Well yes, life is free, it spins, it scrolls, it overcomes, who cares? Be careful, it goes faster than you imagine. I see myself small, embracing an infinite life. Teenager, too much time, swallowing space, running around everywhere, energy flares up, life is there for us to fuck, and together we have fun. Young man I did the teenager, overtime. Refusal to take me seriously, a legacy of the barricades of May 68, I travel with Micha. There again, so much time, all the time in the world, life is stretched out as far as the eye can see all around the earth.

I knew it though: one gets old from a very young age. Be careful, caution and take precautions. Develop passions, cursing addictions! You’ll pay right away. “Garçon ! L’addition !”Waiter! Bill please! Strong dedication, quick resignation, get your cremation, mummification, no emanation, au métro Nation, barter your ration, live on condition, ban all emotion, flight and dilution, exasperation, fucking solution: hell optional half board. At least avoid the full monty. 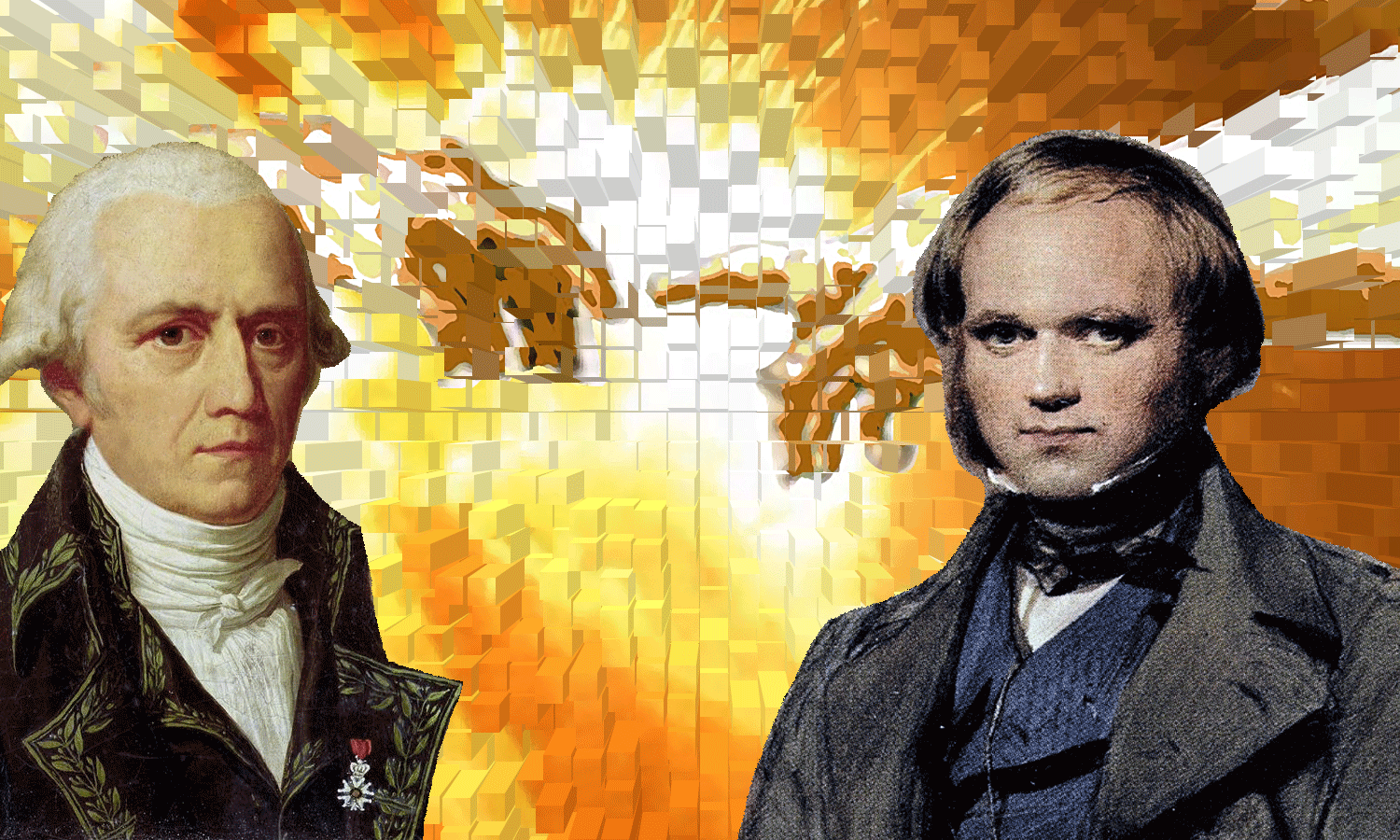 There is nothing special to do. You are here to go after yourself. It is always time to be drunk.

You must always be drunk, everything is there; that’s the only question. In order not to feel the horrible burden of time which breaks your shoulders and leans you towards the earth, you must get drunk without respite.

But of what? Wine, poetry, or virtue as you wish, but get drunk!