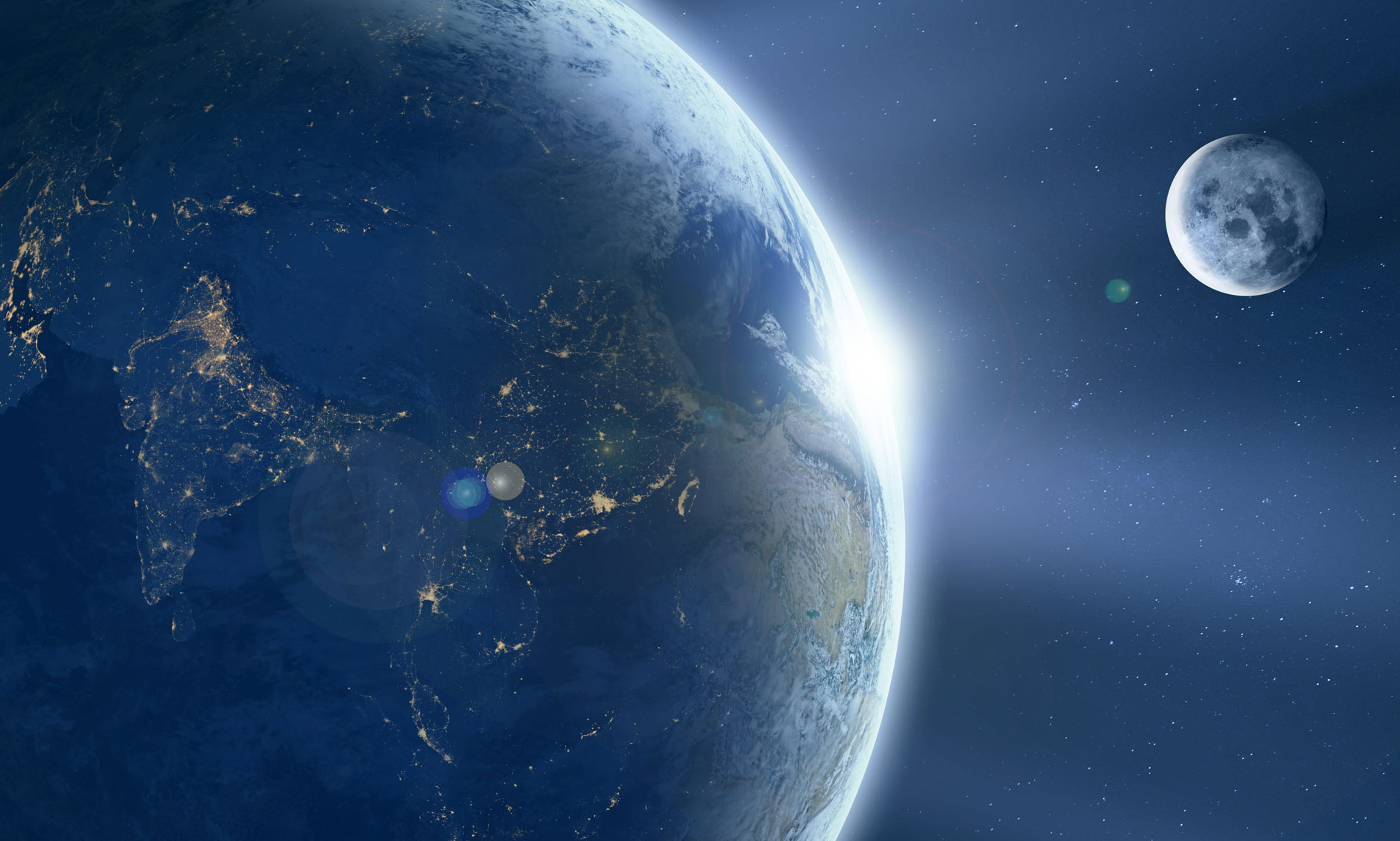 Death is the spring of life. Planets, stars, angels, men and animals, everything that lives must die. Yes, the angels too. Death regenerates. Another cycle begins, life is made of dark evenings and bright mornings.

This is why we say that sleep is a small death. In the morning, washed by contact with the double, renovated by the nocturnal adventure, one feels ready for a new day. What happens when we sleep? We come out of the body. We walk in the astral in a flying vehicle, our subtle or astral body, according to the authors.

In this area, it is difficult or even impossible to use terminology that is clear and immediately understandable by all. For me these days, this is what I’m seeing and working on in Erquy’s reki. The complete being is made up of a visible physical body and two other invisible “bodies”, the aura and the subtle body. The aura is pure energy. The physical body is pure matter. The subtle body is the indispensable interface between the two.

The aura is another name for the soul. Naguals say brightness. It’s the same. Our luminosity surrounds us and precedes us. It contains myriads of information. It seems to me that our aura is not mortal. It seems to me that it can assemble particles of matter anywhere in the universe to form a body.

Before animating this body, the aura creates the interface, which I call the subtle body, so that spirit-matter fusion becomes possible. When the physical body dies, the spiritual part of the subtle body merges with the aura or remains a prisoner of its material part, and becomes a ghost. The aura continues its adventure towards the being of light where it merges with it, say the believers.

The wizards of Nagual see it differently. After death, the physical body dissolves in the earth. The aura is sucked in through the Eagle’s beak where it in turn dissolves into cosmic consciousness, Castaneda roughly says. Point of view that recalls the Templar adage: “If you do not die while you are alive, you will die while dying.” If you do not know the initiatory death, your soul will not survive the death of your body. 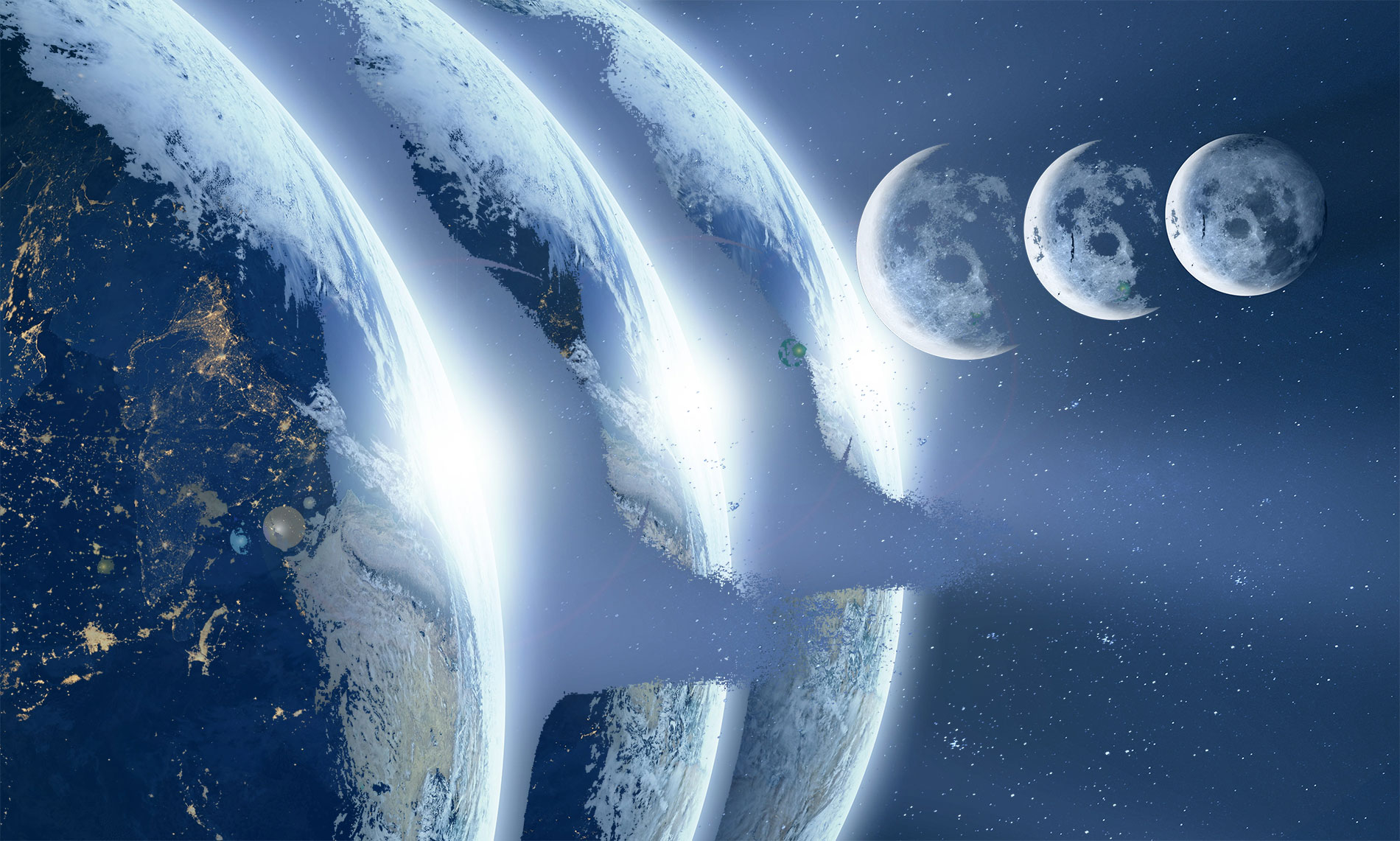 The Mold of the Earth

Everything that lives must die. Even our planet. Earth often dies. It also reproduces. Parthenogenesis. Scissiparity. She gives birth to an offspring that looks like her, but without its wounds and bumps, without its wrinkles, without the fatigue of its internal organs. This is the cycle of life.

I went to a strange place where I saw Earth – at least something that looked like Earth – a big blue marble in some sort of space aquarium. It looked like a toy, a model, not like a real planet. Yet I could see the continents, the mountains and the seas. Everything was reproduced to perfection.

As I approached, I observed a curious phenomenon. The surface of land and sea was covered with rectangular scales, like the slates of a dome. At intervals, the slates rose, the dome became a scaled fish. And each scale was a hologram of the Earth. Each hologram contained the Earth in its entirety.

Immediately a comparison arose from my inner nothingness. Impossible to miss it. Juan Matus explains to Castaneda what the mold of man is, an astral cookie cutter found in deep valleys or near springs. A kind of perpetual machine whose only role is to shape human consciousnesses in the chain to endow newborns with them.

The same scenario also happens to the planets. I was in front of the mold of the Earth.

But the process continues in the astral aquarium. The earthly scales collapsed into a space created for them as they advanced. They blossomed, rounded like a belly, and ten thousand New Earths gave birth to ten thousand parallel worlds. After childbirth, exhausted by this final effort, the mother dies. And for the unfortunate ones who stayed on it, it’s the end of the world. In any case, the end of a world, theirs. That’s all that matters from their perspective. Note that they have no more view, no more point, no more life, nothing.

Germs of New Lands, the round scales isolate themselves in their newly created world. Each of them reproduces the terrestrial geography identically. But not the pollution. Not the depredations. Not the devastation, the looting, the raids, the carnage, the cataclysms, the catastrophes, the tidal waves, the floods, the fires, the pandemics and what follows. Extinct species return to life, extinct monsters return to death, and all is well in these Brave New Worlds. Until they turn to ashes …

Some scales soon fell back into the ugly manias emanating from Mother Earth. And it spoils faster than elsewhere. Other holograms invent beautiful principles, encourage noble behavior, cultivate admirable virtues, exalt prodigious talents, but with the help of entropy, things are still going to spoil. It’s just more or less fast. 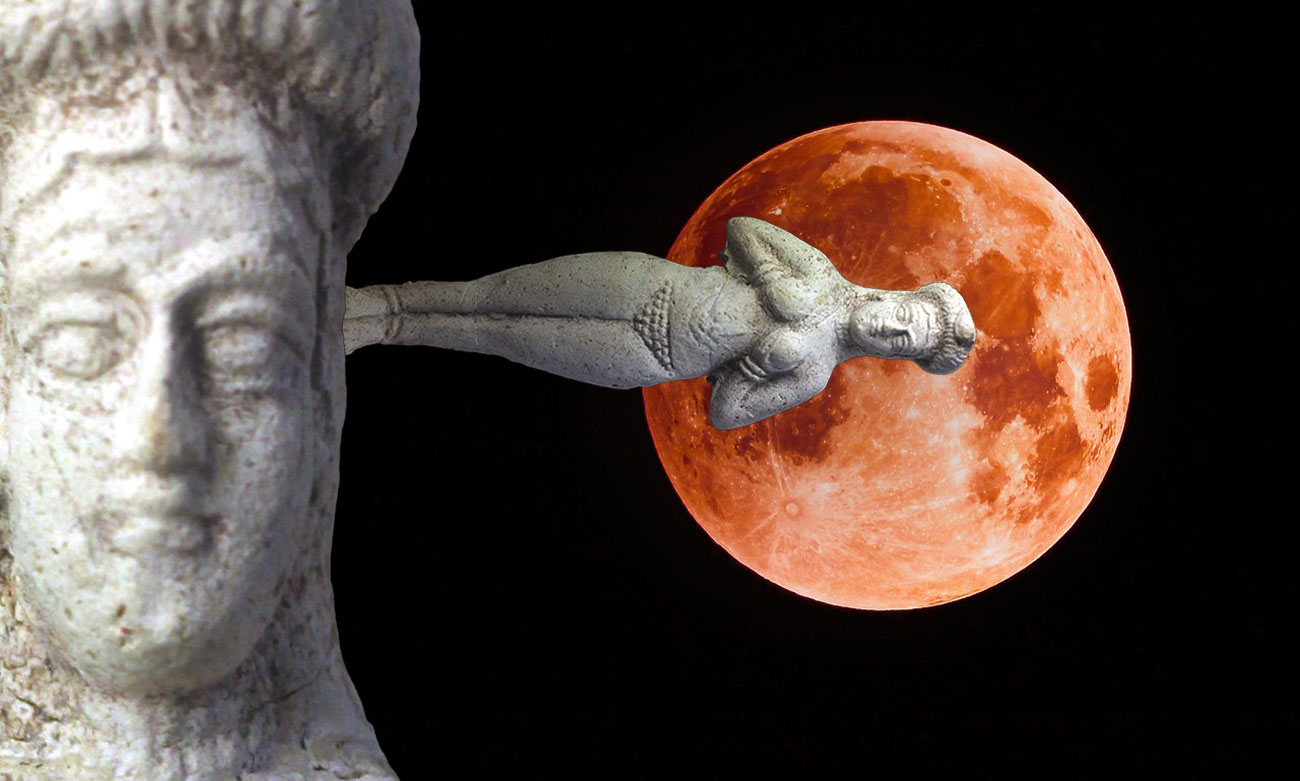 It seemed to me that nothing really new can blossom in this way, so much the living are attached to their ways. They carry around their manias and their tocs from life to life, tirelessly repeating the same stupidities, the same mummies, the same bullshit, it’s just dizzying. To say that it can last for hundreds of lives, hundreds of thousands, millions, billions. You speak Charles. Bloody Sunday.

“If you only knew how many times the end of the world has come close to us“. Not only close. Decimating. Breaking. Demolishing. Yep. Razing. In the same time, giving birth to so many new places trying to build new ways of life.