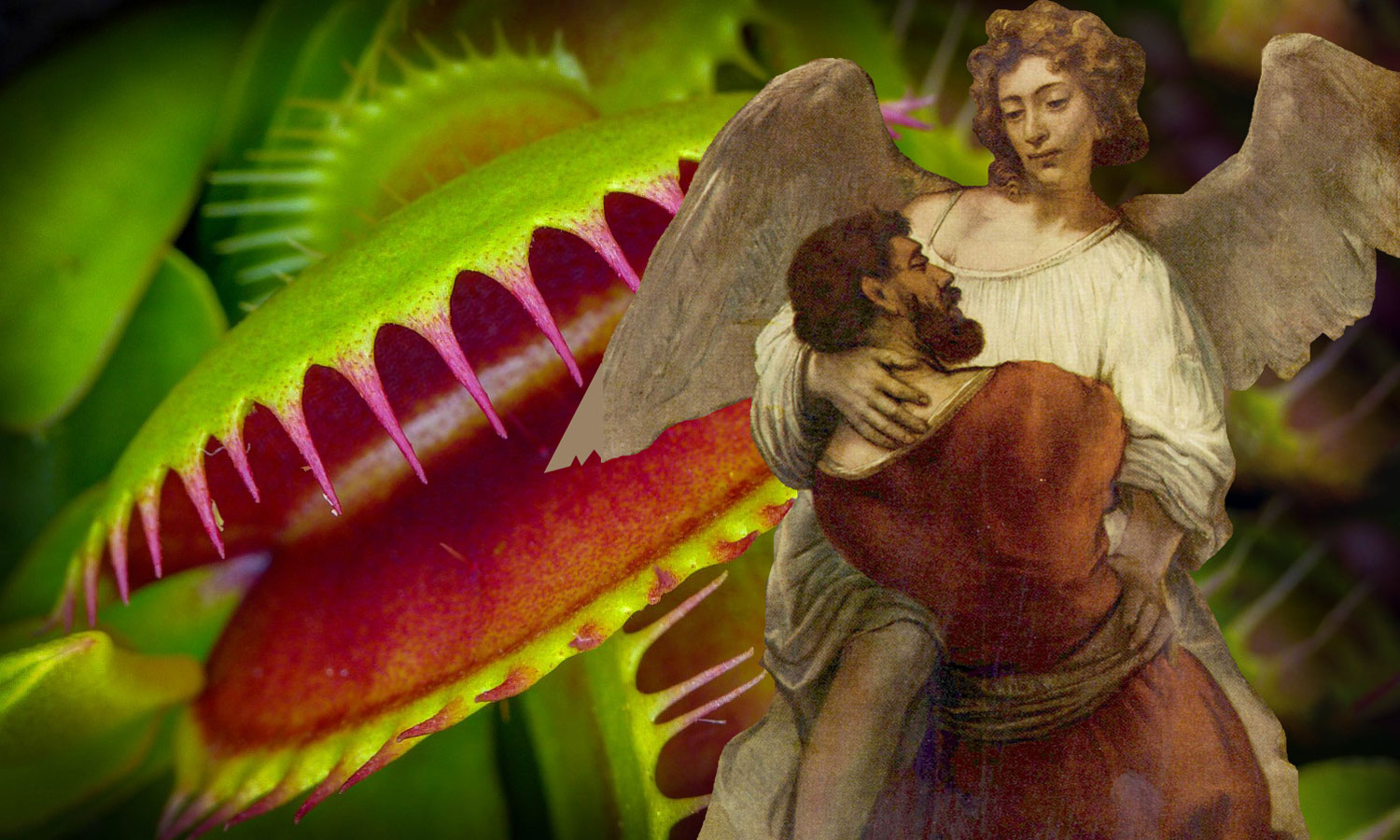 I, Enoch, born Aorn son of Thyann the hunter, I continue the story of my adventures with the Sons of the Sun, on the great earth in the sky that shines like a hundred thousand suns. Here comes the fourth island that is populated by giants.

The adult giants are 36 meters tall. For me who knew the cyclops of 54 meters and the gigantic reptilians, the giants remain of a reasonable size. They inhabit the surface of the island, while the subsoil is occupied by colonies of dwarves. The dwarves and the giants belong to the second humanity that reigned on earth after the cyclops. The third humanity is that of giants, again, but these are only 16 meters.

The fourth humanity is that of the bosses, whom many of you still call the gods, because they created the fifth humanity, which is mine like yours. But they are not gods, at most demiurges as you will be your turn. These titans measure a little over 4 meters. They reign over the Sun that you call Hyperborea or Nibiru, but do not live on one of the four outer islands. A central peak is reserved for them, which the Greeks call Mount Olympus. Above a bank of eternal clouds stand the golden palace of Hathor the Great Goddess that the Greeks will call Hera and the Christians, the Holy Spirit. Because they banished the Woman out of the Holy Trinity.

The island of the giants is bare like an angel’s hand. It only grows meat trees. This kind of vegetation is not found on earth, the demiurges have not seen fit to provide us. And it’s better like this. The meat trees are the most dangerous plants. They are carnivorous. Their mimetic gift conceals them in any landscape. They are sand in the desert, water in the river, wind in the storm and shadow in the night. If man or beast is imprudent enough to approach them, they wrap their sticky vines on the prey, water it with acid before swallowing it. They can throw their jet of acid to more than 15 meters. All these qualities make this kind of tree invulnerable. Its lifespan is close to 6000 years.

Here is the perfect cycle of the meat tree and its products as the gods have decided. The bones, hairs and viscera of the prey are spat out at the foot of the tree to nourish its roots, making a wonderful breeding ground, suitable for the cultivation of any plant on earth where it is used in abundance. The flesh it absorbs nourishes its antlers and ripens its succulent fruits, the meat loaves.

Still, it is necessary to be able to pick them without being devoured. It’s the work of the giants. They alone can distinguish the meat trees, because their piercing sight knows how to foil the mimicry that conceals them in the eyes of men, angels and gods. As soon as a young giant has enough experience to approach them, he trains to harvest the loaves, the staple food of the whole population. A good daily harvest is essential: it is the only meat whose consumption is authorized on the divine Sun. I ate it every day without suspecting it was the fruit of a killer tree and the flesh of the sacrificed! 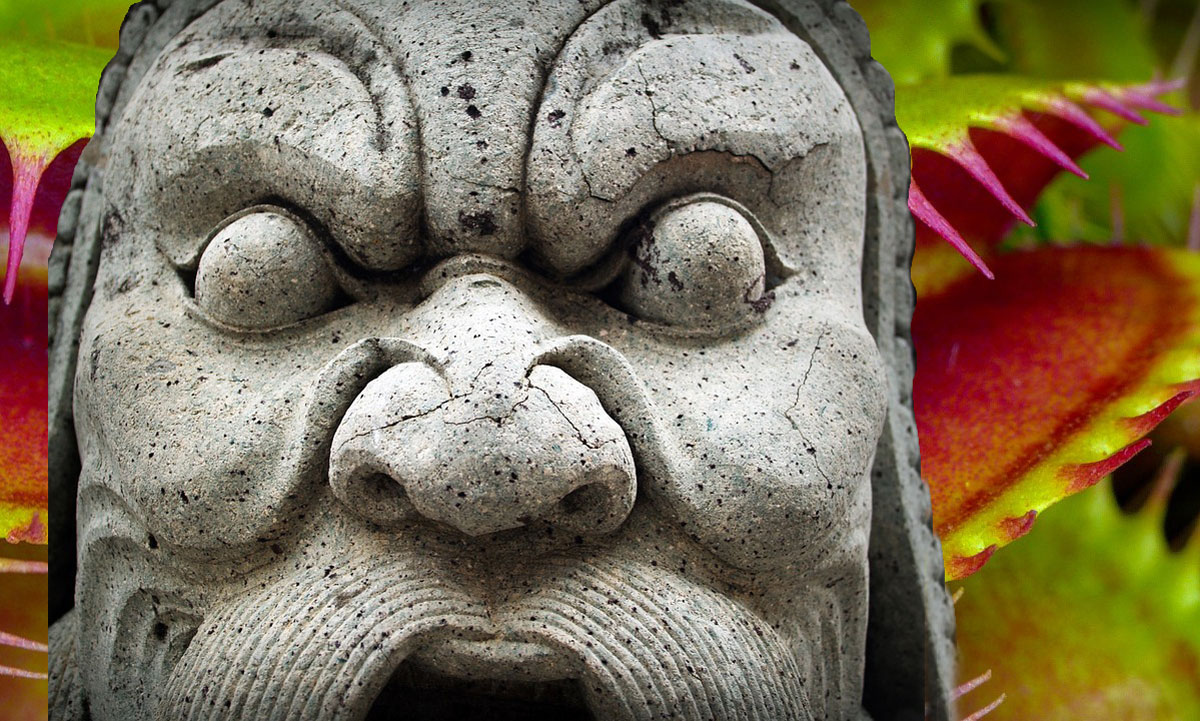 Each island has its own functions. This one has three: the extraction of the magic ground is the business of the dwarves; the giants take care of raising meat trees and eliminating unwanted elements. The many condemned are delivered to the carnivorous trees, and this law does not suffer any exception: humans or animals, cyclops, witches, reptilians or dwarves, even the angels and gods who are mortal like us, all the living serve as food for the breadfruit trees .

I said the gods are deadly. They are, but their lives are twenty times longer than ours. Moreover, if they desire it and if the Great Goddess allows it, they can transmigrate into a new body when the old is dying. Thanks to which their life is still prolonged. It is said that the Goddess has long since passed the ten thousand years. To see her, it is hard to believe. The sublime beauty of Hathor has grown over the centuries.

I stayed one hundred years on this island, as on the other three. Very quickly, I had to worry about my survival. For this, it was necessary to avoid the death trap of the carnivorous trees. Thanks to the teaching that I had received for a hundred years in witches, I could sharpen any of my senses, stop the time, reverse the race, and many other wonders again. After ten years, I could distinguish the meat trees as well as a giant, better even. I evaluated them at first sight in any setting, and all the giants respected me for that.

As early as the twentieth year, Vitchmir the Great, leader of the giants, allowed me to make the harvest of the day alone. In two seconds, the harvest was at his feet, all the breads tidy in baskets, ready to go. Vitchmir conceived a great admiration for me. He did not understand how a being so small as I could accomplish in a moment the task of three giants in a hard day’s work. I refrained from revealing to him my power to stop time as I pleased, and that of carrying the heaviest loads by the sole intention of the mind.

I was skilled at harvesting, but I never had access to the other function of the giants, bringing sacrifices to the meat trees. And I thank the gigantic gods, for this work seemed to me the most painful and the most dangerous. I could have controlled humans and dwarves, but not reptilians or cyclops! One day when I was doing the express harvest, having stopped the time for my usual convenience, I witnessed a strange adventure: an angel appeared to me perched on a tree. Standing on the branches, he stood perfectly still, totally quiet. He knew that at the slightest gesture, at the first sigh, the tree would detect his presence and throw acid. How did this beautiful angel come so far without awakening the attention of the tree, I could not imagine it.

But since we were he and I in the bubble that I had made by stopping time, it was very easy for me to pick him like a meatloaf, moved to feel against me the warmth of his beautiful loving body. I put it on the sweetest grass, out of reach of the killer trees. The angel did not want to leave the shelter of my arms. He snuggled closer still, and I felt with delight the tip of her breasts brush my chest. Yes this angel was female. Leaving her feathers with exquisite grace, she dragged me on a bed of moss, and I knew ineffable delights. We lived happily and fulfilled for the next forty years, and after that, since my angel had finished her lunch break, she had to return to her service. 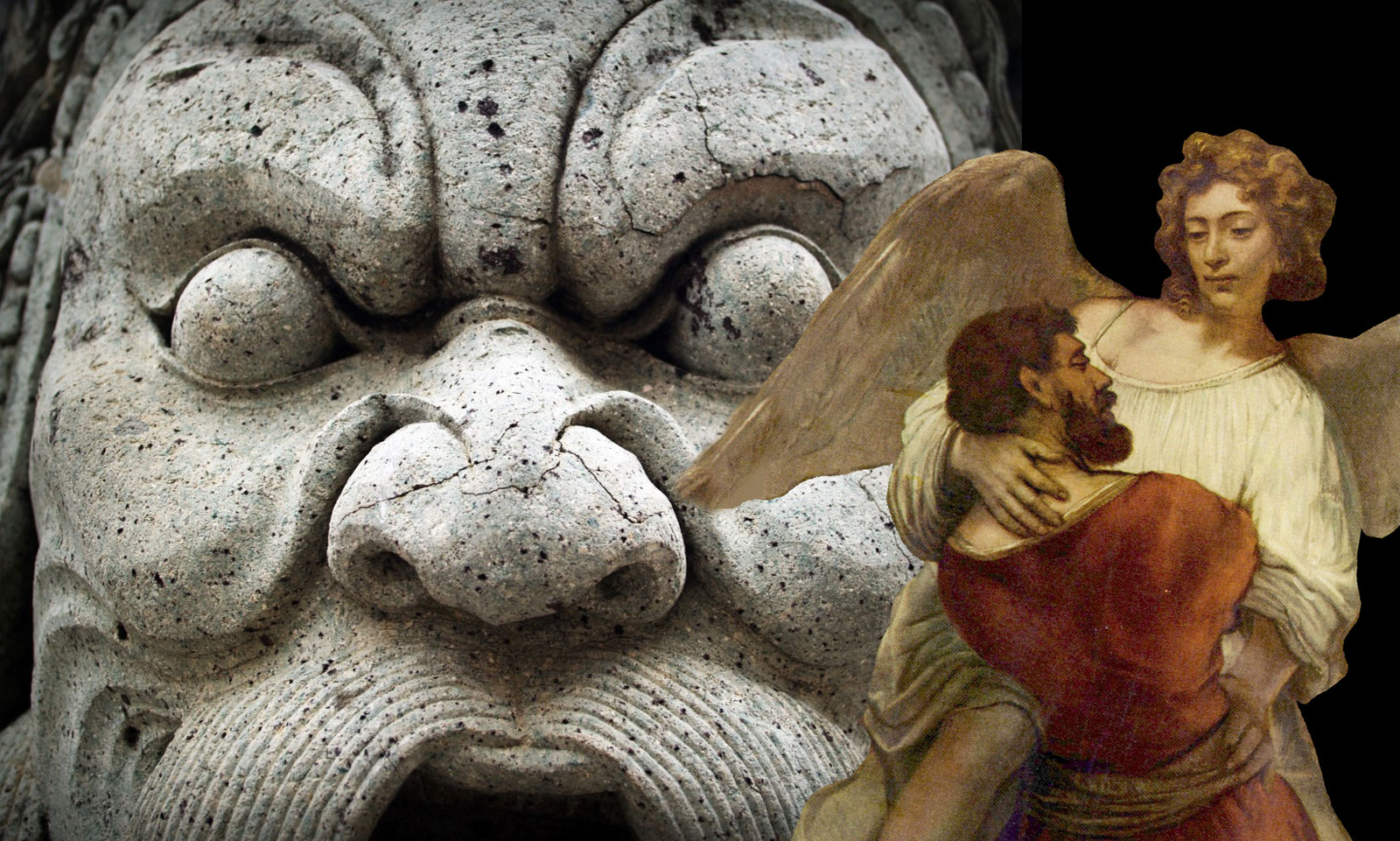 My angel had taught me that I had not saved a culprit, but the victim of a terrible miscarriage of justice. A few years later, the case being brought to the attention of the Goddess herself, the miscarriage of justice was established and my angel reestablished in her rights, her honor washed, her wings restored. We celebrated it properly on a bed of shape memory moss. I have been awarded the Order of Arboreal Merit and named Apprentice Undergraduate Trainee Student of Last Degree, which is a great honor for a man of my condition.

Praised be the divine Hathor who can everything and more! May she hear me and open to me her palace, her table, her room, her bed, her sheets, and her sweet sweet arms! I would make the best use of all, that Our Holy Lady can be sure ! Awomen!Amen was not used yet