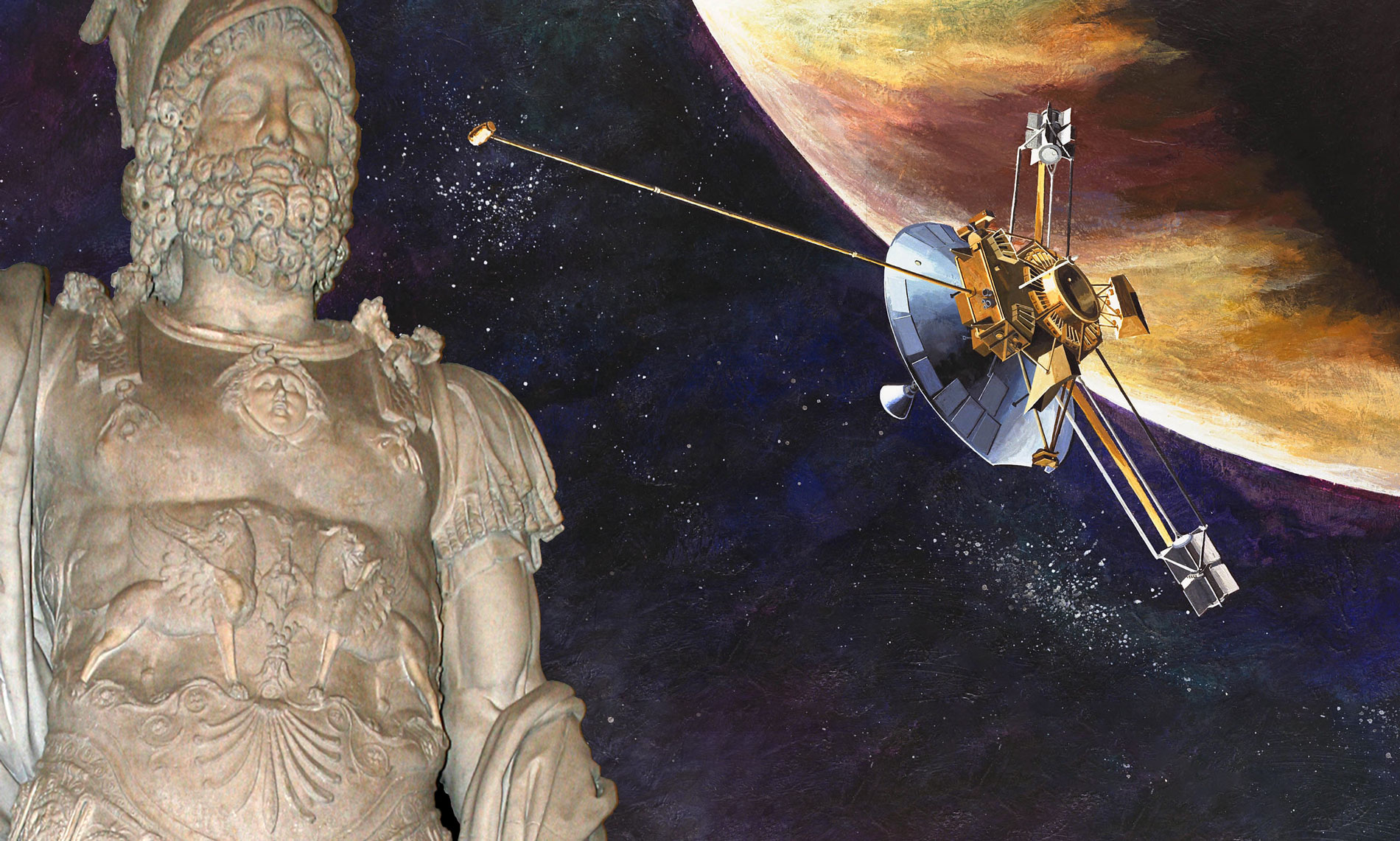 June 2029 – The bug of Pioneer 10 has put the scientific world on fire. How does the spacecraft which was supposed to fly to the star Aldebaran can return to the earth from the diametrically opposite direction ?? This enigma triggers fights in the lecture halls. Astrophysicists, geneticists, computer scientists, mathematicians, statisticians, and other ists and icians are launching hypotheses and incendiary grenades while public opinion is passionate about this affair. Let’s go back to the origin of the project.

Cape Canaveral, May 1968 – The Pioneer project has just been launched. While engineers and technicians are working on its realization, astrophysicists are excited as fleas at the idea of ​​contact – perhaps – extraterrestrial intelligences. In fact, these are not very far …

Intra-lunar observation station at the same time – Yes, there is an observation station inside the moon. You read correctly. The moon, for those who do not know it yet, is a hollow artificial satellite. It has access tracks on its hidden side which, as you have obviously noticed, remains invisible all the time since it turns on itself exactly at the same time as it performs its rotation around the earth. Coincidence too perfect to be due to chance – which does not exist!

The moon was placed there by the gigantic mother ship that the Romans called Hyperborea, the Sumerians Nibiru, the Celts Sidhe, and which has received an infinity of other names according to peoples and times. Its position was carefully chosen, neither too close to not run the risk of crashing on the earth, nor too far to avoid the gravitational pull and to get burned by the sun. Quite touchy. This is still impossible feat for NASA or ESA experts, but it was child’s play for the former gods.

The interior of the moon contains a vast spaceport and hub, all the hotel infrastructure to treat the many visitors from the stars, as well as a leisure complex worthy of the gods. In addition, it has an observation and recording station with laser telescopes, long-range microphones and cameras, as well as a slew of ultra-sensitive sensors. Nothing that happens here below escapes the moon’s big white eye. The Terraformers know everything, so can they all anticipate.

The first time they came to earth, she was still wild. It was billions of years ago. The terraformers have shaped this planet, populated it with various plants and animals, developed an intelligent species to monitor their work and if possible extend it. Maybe they should have made us smarter?

We did not live up to their hopes. How surprising that they watch us? And why be indignant? After all, they are at home. Here everything belongs to them, even us. They do not want to sabotage such an ancient project, which has required so much effort. In short, the gods know everything in real time, it’s natural and it’s well known. 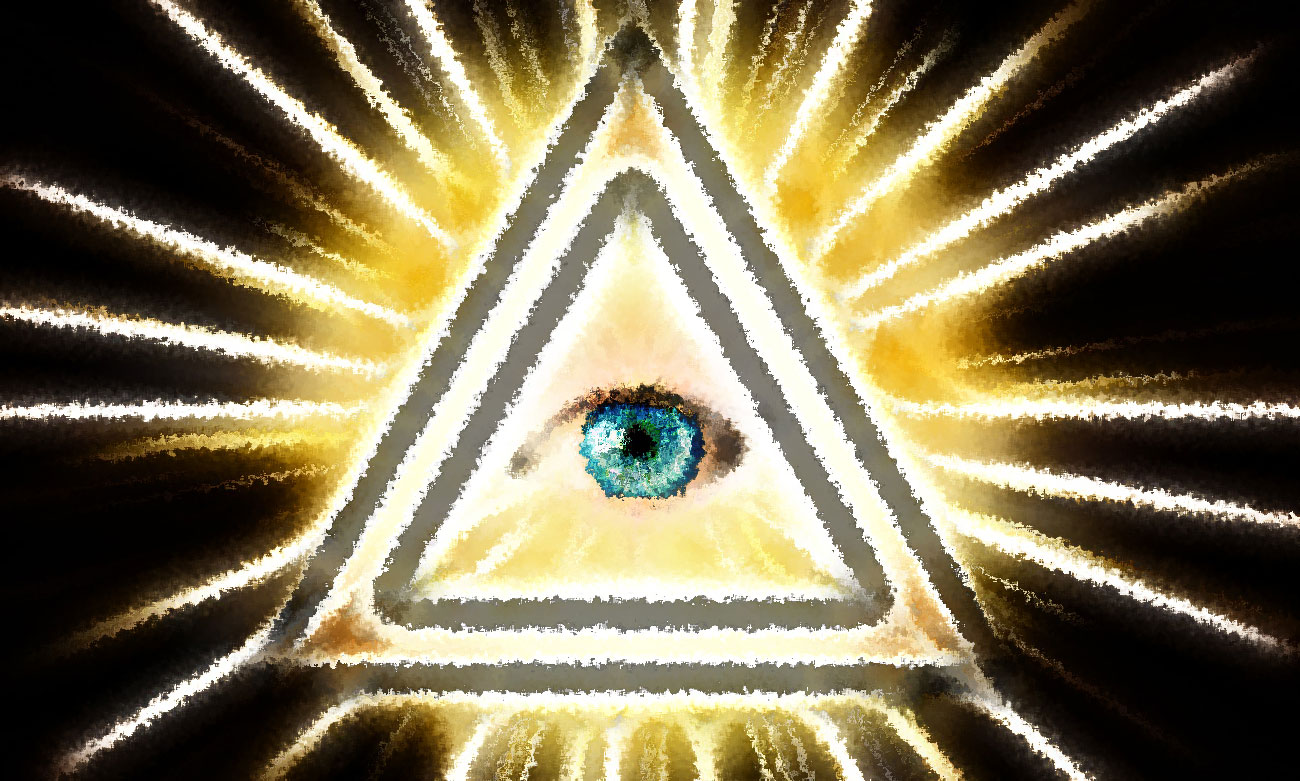 From the design of the Pioneer program, the gods knew about it. And there, for once, the idea pleased them. The fact that little humans want to meet other intelligences than theirs, frankly, it deserves a good point. moreover, they are launching a program planned to last for millions of years, which is an ambition that honors them.

So the gods were passionate about this case. It became a sort of soap opera for the Selenites.Mythical inhabitants of the Moon They followed all the events, commented on all the options, often laughed at human naïvés, which is a habit with them, moreover. Some gods like Apollo and Enki even took bets on the success of the program. No money bets, no. The gods bet women. And the goddesses? Men, of course.

When the program was finally put in place, when we showed the plate on TV, with a portrait of humans, with elements of chemistry and astronomy, several gods were ecstatic before the pride of their creatures. “For our sake, what do they imagine, these little fellows with a short life? They think they are for us? Finally when the gods saw this naked man and this good woman naked, they rolled on the ground, died of laughter. This one was really the best of the millennium!

Already they decide to explore the solar system. It’s brave after the slap they were put when they wanted to land on the moon. On our moon, god damn! One day they will want to land on Titan, on Cassiopeia, and why not, land on Alcor in the Big Dipper? Well, they are not there, but if we count in divine years, it’s for tomorrow! Do you remember when Dad and his mates the Olympians had kidnapped the wise Enoch? This human has already come to our home planet, our fathers brought him there. One day, some of them will come by themselves. They grew up, these funny little ones.

And they have already started! Their tiny ridiculous craft is planned to fly for 2 million Earth years. Direction Aldebaran. Just that ! The Aldebarese will appreciate! I already imagine them facing the gift: – What’s this shit? Where does it come from? Earth ? Why not the hole in my ass?? Mate a bit sloppy face! See the breasts of the girl! LOL! They are scary, poor freaks!” 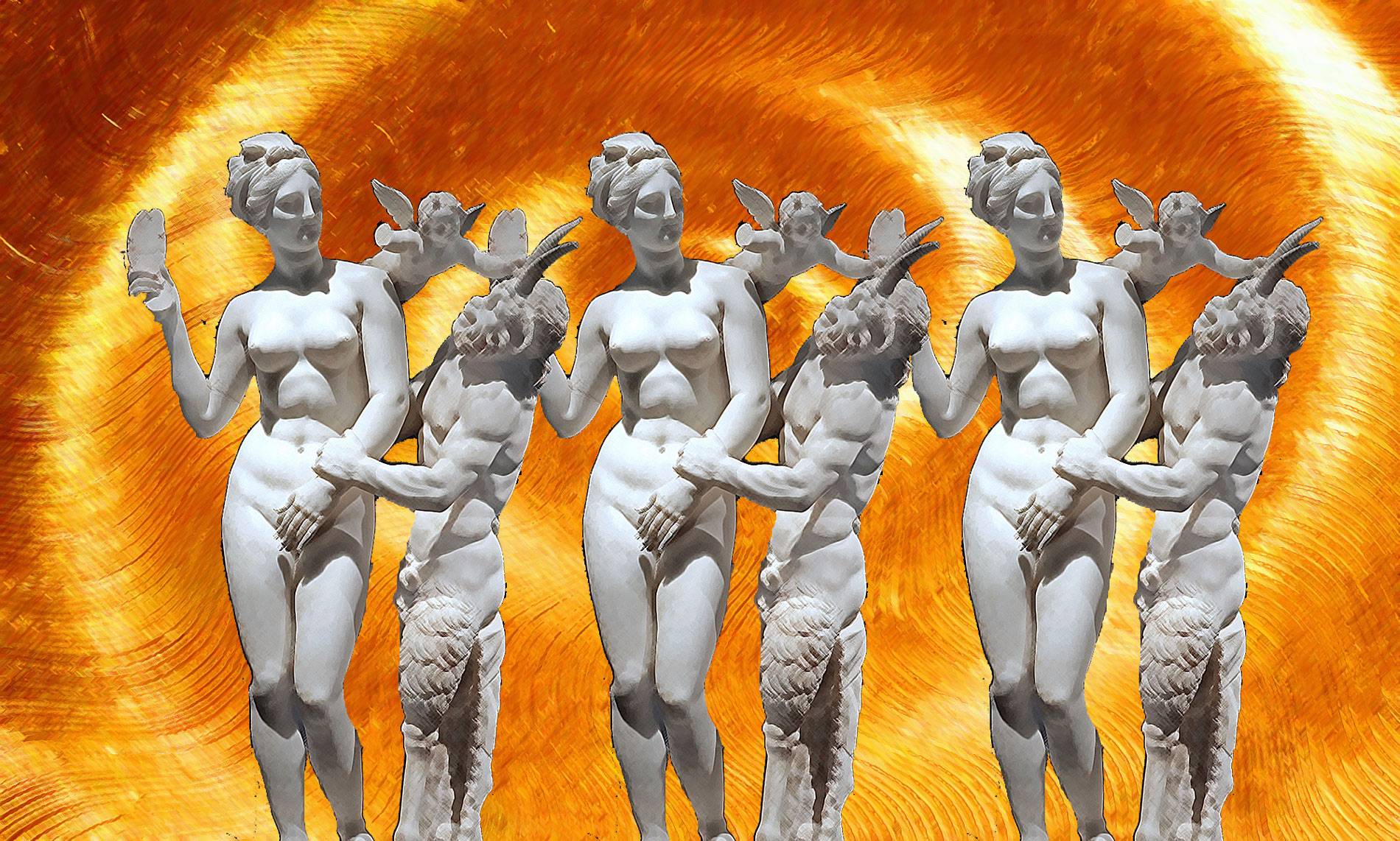 You think that this little game ended up boring them? You are wrong. The gods love to mock us and laugh at us. It occupies them and it distracts them too. They are there to watch us, to make sure we don’t do irreparable stupidity. Sure we did already! And we will redo it. Happily the gods are effective: they know how to fix everything. When it’s really dead, they turn back the clock, and everything goes back as before. Convenient. All they have to do is press a key.

No, the gods were not tired of Pioneer 10. They were as intriguing as the NASA engineers. They knew as much as they did. Even more, the gods see the future, it helps. Apollo the Fourth said that this probe would be the cause with great effects. Mars the Third fooled him, under the pretext that his predictions, as always, were so incomplete that they were useless. Mars the Third said that Apollo the Fourth had won his license to predict by scratching a lottery ticket. Apollo-4 retorted that if Mars-1 had been as poor as Mars-3, the Earth would have fallen into the hands of the Anunna long ago.

– That is the case, right? says Eros-3, the eternal child who does not grow old but dies in the flower of his youth. This one, third of the name, lives since 700 human years, he still has for almost as much before losing his little funny wings and his chubby buttocks. Then he will fall like a fly. Most gods live several millennia of our years. But the gods are alive, so they are mortal.

In 2012, in December, the gods launch a competition of ideas. What lesson are we going to give humans to dissuade them from launching other probes? The best idea will be implemented and the winner will earn 500 years extra life. A real bargain. All the gods try. Hera retains the twelve best suggestions. And the winner is Mars-3. His idea: capture the small probe Pioneer 10 and return it to the sender. It’s crisp, clear and precise. But not original enough to win the palm. So he added that it had to be teleported two million kilometers from the earth, and in the direction diametrically opposed to the one it had followed up to now.

That’s the whole story. We understand better the emotion of humans, who are far from suspecting that. If they knew! No, no, be sure humans can not know. How could they? 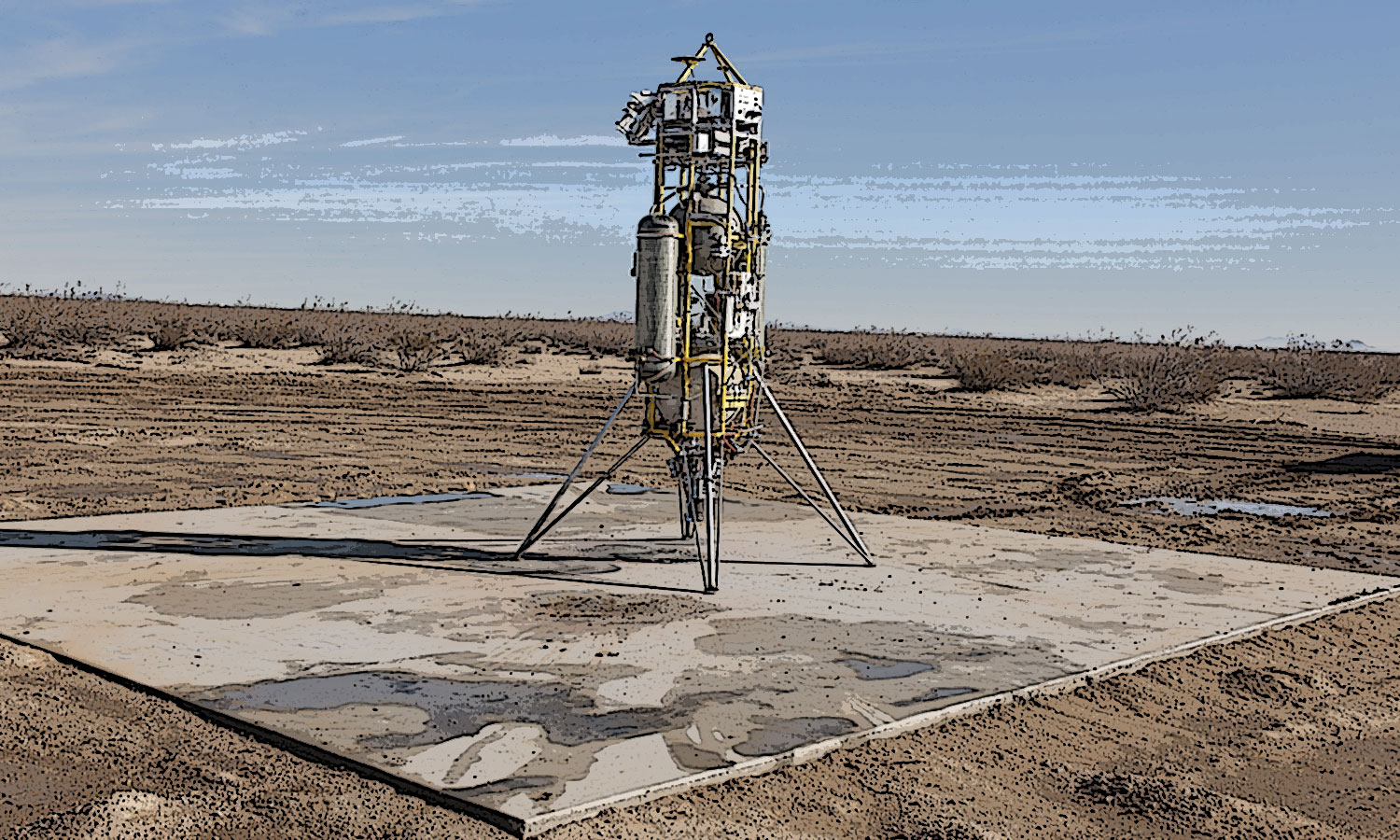 Now if you think that the story comes to an end, are you sure you have understood everything?