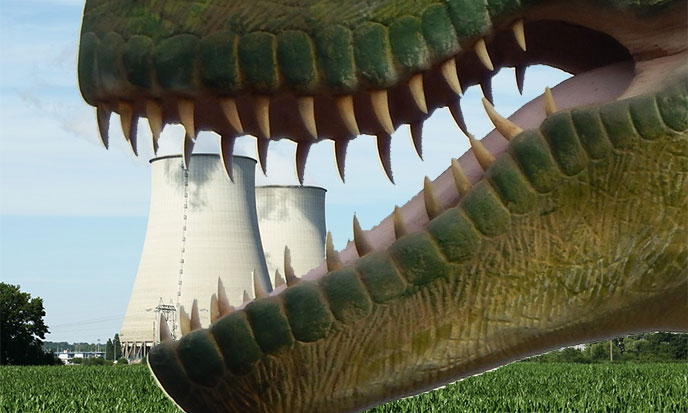 Researchers find nuclear reactors 2 billion years old in Africa !! No, this is not the last Blake and Mortimer comics, even if it looks like. This is the absolute truth. The reality is stranger than fiction.

That’s not all. One of these reactors – 1.8 billion years old – would have worked at least 500,000 years! The news may be a bomb or a damp squib, it all depends on the point of view.

1972 – Somewhere in France, in a nuclear fuel processing  plant, during a routine analysis of uranium from an African mine, a controller detects an anomaly. As always for natural uranium, the studied sample contained three isotopes, ie three uranium varieties with different atomic masses: uranium 238, the most abundant variety; uranium 234, the rarest; and uranium 235, the most coveted because it can sustain a nuclear chain reaction.

But there is a slight problem with this uranium 235 from the Oklo mine in Gabon.

Even a huge problem. Unheard of. For weeks, the French researchers of Commissariat à l’Energie Atomique (CEA) have remained perplexed.

All around the globe, under the earth, on the seabed, on the moon and even in meteorites, uranium 235 atoms make up precisely 0.720% of the total uranium. This proportion is a constant as invariable as the speed of light.

The samples analyzed contain only 0.717% uranium 235. This however small difference (0.003%) nevertheless constitutes such an anomaly, for any specialist it is the index of a phenomenon against nature: at once CEA launches the alert in scientific circles.

New analyzes confirm the first stunning results. Most of the mine does not have the normal amount of uranium 235: 200 kg are missing. They seem to have been extracted in the distant past. Very very distant.

200 kg of uranium 235, enough to make half a dozen nuke bombs. Needless to describe the buzz among atomic scientists in France and in the world. What is questionning a vision of human history which was more or less admitted for centuries … or millenia.

Soon from around the world, nuclear scientists, astrophysicists, geologists, chemists and specialists of all related disciplines rush in Gabon to elucidate the abnormal Oklo mine. Fantastic thriller. The few insiders expect the outcome of this distinguished coterie. Will the scholars finally tell us the truth? Will they recognize that our past is totally unknown? Will they admit their filthy mistakes and celebrate reconciliation between humans and science? 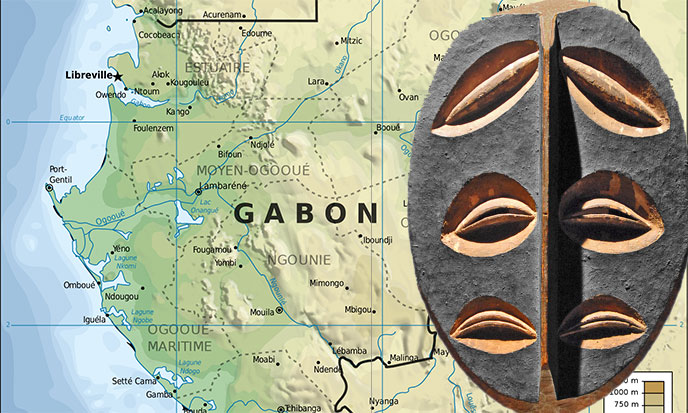 It’s now or never. I held my breath. And that’s what they said. “Do not panic, folks. This is natural.

There is a contest of natural circumstances which have launched a natural nuclear reactor that burned uranium 235 quite naturally.”

Hearing that, the only natural thing would be to slap them all. In order not to be accused of bias, I let them speak again:

These reactors were formed between 12 and 250 m deep in the sandstone layers following a series of random geologic processes that led to the enrichment of uranium.” (source) Random! C’mon, son of a pig! Tell it to a white horse, you’ll get a kick.

“The size of these reactors is variable. The largest, located 18 m deep, forms a thick lens 20 to 50 cm over 12 m in length. The” heart “consists of a layer of 5 to 20 cm of thickness of uraninite packed in alteration clays formed at 400 ° C after nuclear fission.” (source) All this, we repeat, in a completely natural way.

“Radioactive materials are mostly stayed close to the reactors for 2 billion years, without causing particular damage (the Banking has been assigned as a few centimeters to a few meters) which shows that the geological storage of radioactive waste is possible over long periods of time.” (source) We feel the wise guy CEA working for AREVA under the counter …

We see the corrupted science turning round from postulate to postulate, and not to judge, eventually bite the tail. I hope at least it makes her come.

What science can not – or will not explain, it’s called natural. However many ancient traditions speak of the atomic bombs and their damage. Suddenly, these reactors seem much less natural. Science is decidedly too serious a matter to be abandoned for scientists. Fortunately, some researchers up indignantly before so in bad faith. 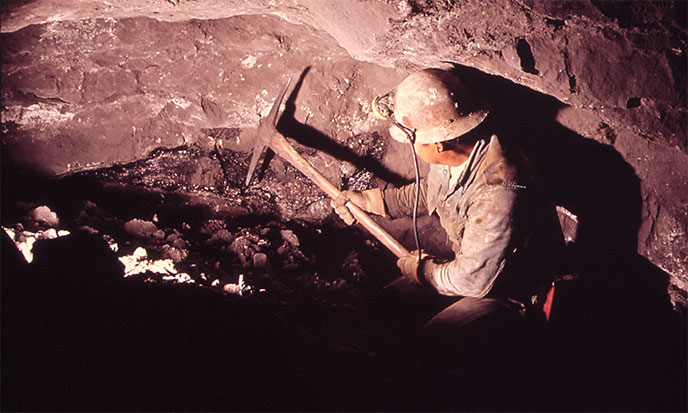 “The researchers who participated in the trial of the nuclear reactor concluded that minerals were enriched in the distant past, there are about 1.8 billion years to produce spontaneously a chain reaction. They also concluded that the water had been used to moderate the reaction in the same way that modern nuclear reactors must be cooled: graphite-cadmium trees preventing the reactor from entering critical condition until the explosion.”

And these very precise adjustments would have occured NATURAL way?

Dr. Glenn T. Seaborg, Nobel Prize for his work on atomic energy, pointed out that to “burn” uranium in a nuclear reaction, the conditions are tricky, and some are drastic.

For example, “the water involved in the nuclear reaction must be extremely pure. Just a tiny percentage of contaminant (1 in 1 million) to poison the reaction, which is then interrupted. The problem is that pure water does not exist naturally anywhere in the world.” (source) You see how they pull your leg? Those pork legs dealers.