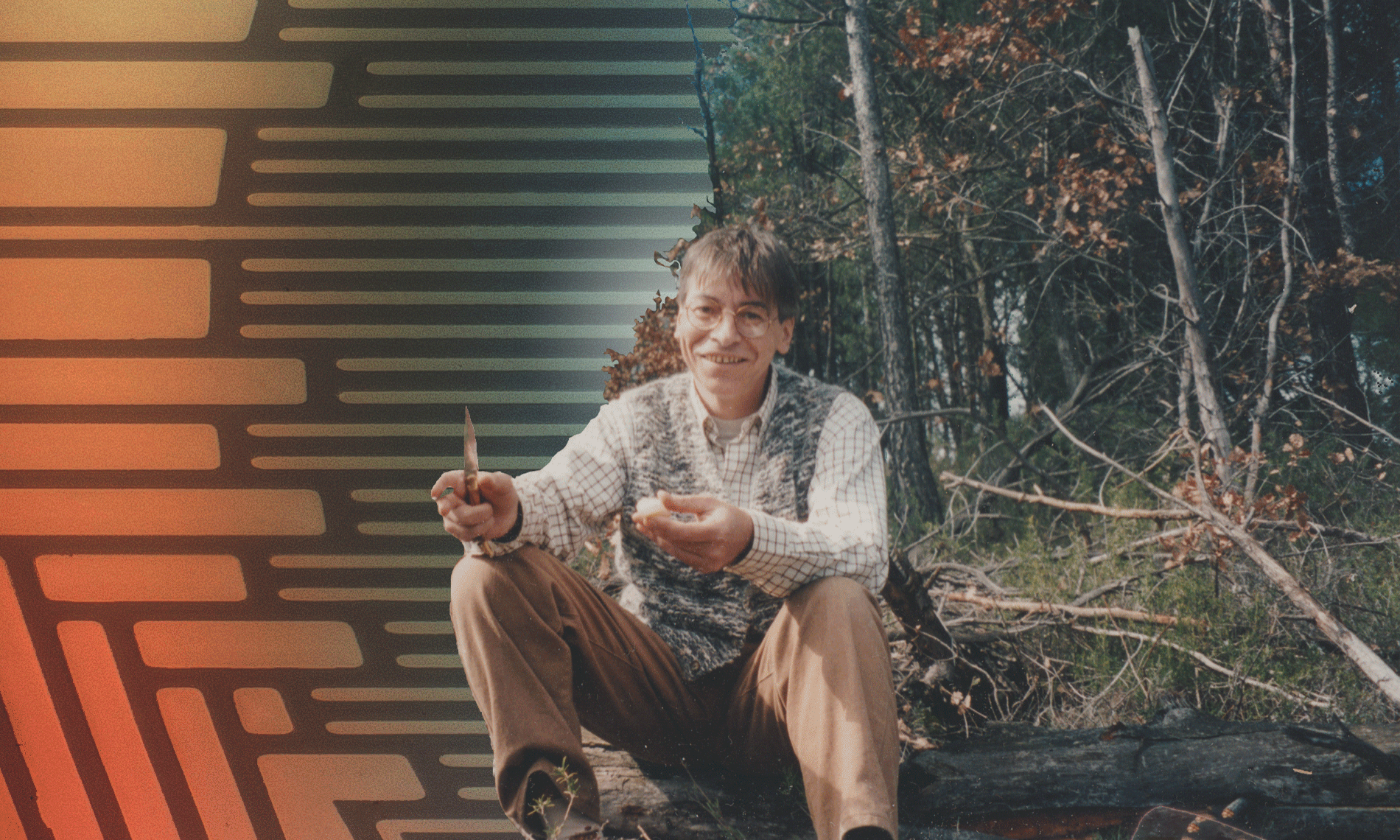 I’ve done loads of things in this life. I have known a lot of people. Many friends have disappeared. Some have only crossed my path, others are lost body and goods in the twilight of oblivion. These mountains of moments stopped forever under the fixative of memory, these moments frozen in flight, these sentences that come back isolated, plucked, adorned by memory, one day I found a way to restart them.

I’ll try once again to tell you how. First find one of your memories. Contemplate the still image and step inside. Quite simply. How do you become a pass-wall? By banging your head against the walls for a long time. One day the wall opens. You can see right through. Just pass through the infinite void that separates the atoms. And get on the other side. Easy to say, easier to do. As long as you stop the world.

From this point on, the still image has disappeared. What does it matter? It was just the door. Many sides of you have been waiting for this moment to be free. (music)

Here you are ready for the great adventure. Your reunion, as many as you can be. Your wedding. You will soon be one being, invested with a power and a serenity that you cannot even imagine. Ready for the ultimate meeting, the meeting with you.

Your worst enemy, take it in your arms. Your best friend rejoices with you. Here you are invested with immense powers that you cannot count. Do you know yourself for what you are? What have you always been? Beyond the ghosts of reality, beyond everyday unreality, beyond the banal madness that we call social life, beyond everything, above all beyond the permanent lie that India calls illusion. Beware of Maya! (music) Skillful goddess who is everywhere, who dresses everything, who makes up everything, turns everything to her liking and forces you to believe it.

You hold in your hands the means of reconciling the crowd of your different selves, your old selves that you thought were erased forever. Then you can take advantage of their forgotten experience. You have lived many lives in one. Some of your life energy is blocked in these past lives. Be careful, I am not talking about past lives – although it is the same with them. I’m talking about the successive slices of life, the simple collage of which has formed your life.

Slices of life forgotten, unknown, blurry … In your first memory, how old were you? Three years ? Well done. Some don’t remember anything for about seven or eight years. Disturbing. Where does not go, something prevents us. Something in us. Danger. Will see ! No. We don’t want to go. If you are evolving in the astral, if you have passed to the other side of the distorting mirror that we call the real, then these questions for you are settled.

You remember life in the womb, when you were a fetus in your mother’s womb. Do you remember the inter-life period, the spiral of incarnation, the light that springs from these two beings who love each other and who attract you, who attract you, and wooof! You are embodied in the ovum at the precise moment when the sperm enters it. The mother welcomes the father and they attract the child.

Before? Yes, you can go back up before. Go back to life against the grain of life before, whatever it was, rediscover the between-two-lives cycle when you hover in the astral, the other world that is accessible to us in this one. I can show you the door. I can slip my shoe into the doorway and force it so you can pass. But the decision to pass, the commitment, the ultimate will, the absolute act shall come from you, and from you alone.

There si only one corner of the universe you can be certain of improving, and that’s your own self. (Aldous Huxley) 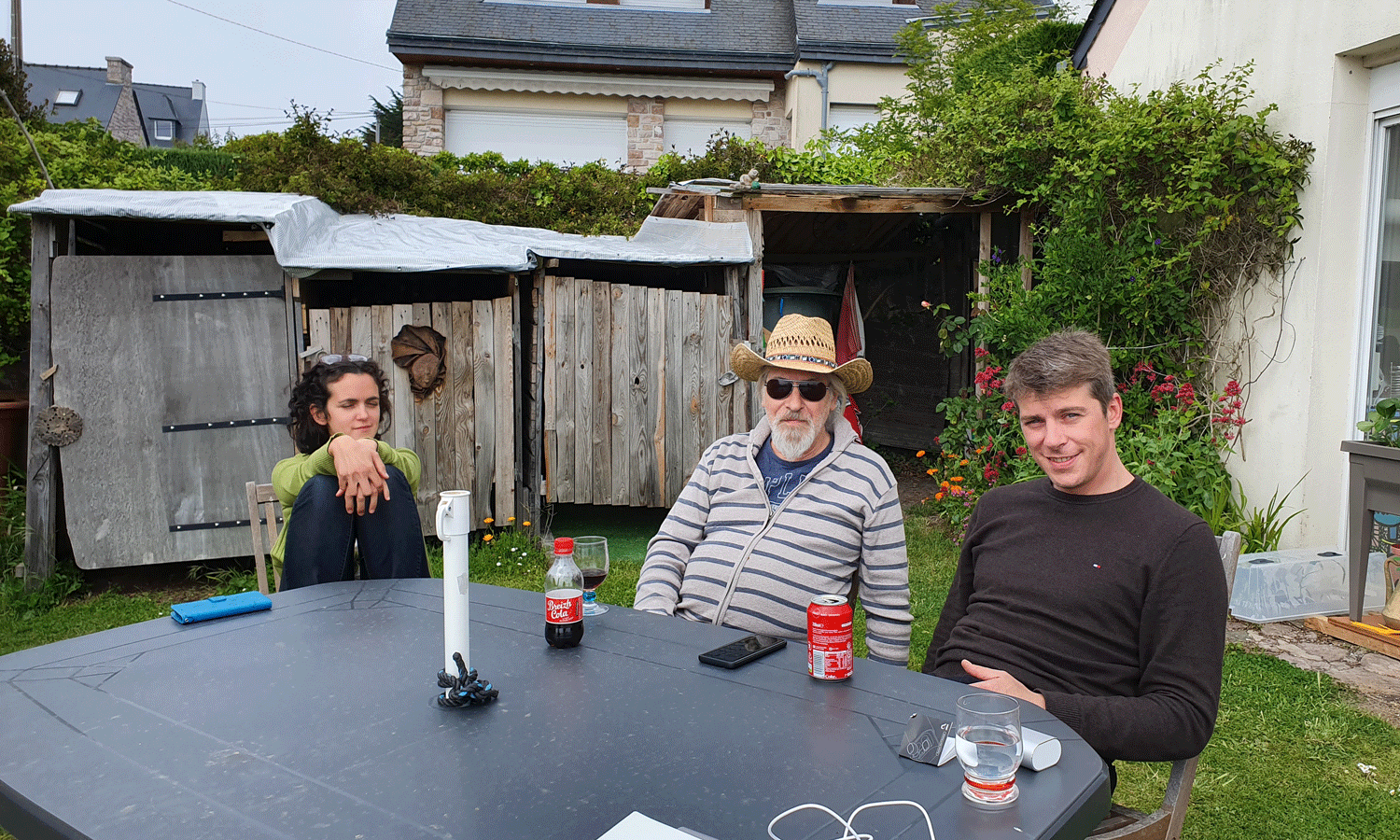 Everything happens as if you were alone in the world. As if you were inventing the landscape, the people, your work, your environment, your friends, your parents, the dearest beings and those who are part of the decor. This is all wrong. Well done, ah yeah, great shit, but totally bogus. You made it all up. Don’t you believe it? See if you can prove it wrong. Impossible. Like the Matrix argument, we are in a metaphysical impossibility. We cannot invalidate the thesis. Proving the contrary is impossible. We have it in the marrow bone. You are the One.

Whether you believe me or not – or better, both – it’s entirely possible that nothing exists. All illusion, as the Hindus say. Now I add: except you. Why ? Because the world needs a witness to be. You has to give life to the world. Your duty. It takes a spectator for the universe to come to life. The spectator is the actor too. First of all the actor is the author. The creator of the All.

[Alain Aillet say this word all is the whole universe in the language of the origin, the golden tongue spoken in the whole wide galaxy.]

You realize now? YOU are the one who created the whole mess. I’m not saying it’s certain, nothing is. I say it’s probable. I say that you invent everything that you think you see, live, taste, smell, touch … All the books that you have read, you wrote them. All the stories you’ve heard are your own. Eden Saga would not be without you, what an imagination! (music) It blows my mind.

Leibnitz had this intuition long ago. A philosopher of reflection, he built a whole system with this idea. Each being is a monad, he said. No monad can communicate with others. It talks to them, it’s but illusion. The others answer, another illusion. What the monad sees, smells, tastes or experiences is all invention. Fake. Virtual. Now I sumed up his little rhyme, since we cannot invalidate it, let’s expand.

Wherever you go, nothingness dies. Wherever you lay, your hat is your home. (music) The decor is in place, the clapperboard is ready, the extras are moving, the director is struggling to yell silent! and techs are racing in all directions. Dream shoot of which you are the hero. A film written by you, produced by you, filmed by you, edited by you. All by and for you. You have had a thousand women and a thousand men. If you live long enough you can triple that number. See you in a thousand years, see you in Milan.French: Milan = mille ans Can we choose the place and time of our returns?

Back to the future

No one knows the day or the hour. Since we do not know how to predict his departure, it would surprise me if we chose anything, except the maternal womb where we are embodied. Traveling through time is very practical when, like me, you are a storyteller of the past. But the timeline also goes to the future.

The future, like the past for that matter, splits into several branches, like the thunderbolt of Zeus. Yes, lightning, and not lightning. See the article in link.

Each branch represents a possible, even probable, future. But nothing is stable in the course of time, since time does not exist. It is an illusion, like everything else that we take to be real. Only the present counts, univocal, certain, absolute. The present moment, here and now. Everything else is legend.

The past ? It also ramifies, ad infinitum. So I’m telling you another story, but that too is questionable. Anything could have happened – except, most likely, what the history books tell … And what I’m telling you at the same time!

We therefore have a fist that holds a bundle of possibilities tight, which widens upwards to represent probable futures, and downwards to designate possible pasts. Between the two, main-tenantmeaning “now” in French ie holding hand. Maintenant. Now. The present, the only certainty that you will never be able to take away from me.

This is a possible interpretation of the symbol shown in the image above, and found on many ancient pottery, frescoes or sculptures. the Greeks and the Romans, in particular, used and abused this symbol, the beam in the fist. Admittedly, it most often represents Zeus lightning thrower, but there is something else that probably escaped the ancient peoples. A divine lesson on the nature of time.

One author writes that time is spiraled. I say it looks like this fist clutching a double symmetrical beam, yesterday and tomorrow held by today. Hand which holds the beams of the future like those of the past. In the hollow of the closed fist, no more beams, just the present moment. Pause. Frozen eternity.

The past time is gone and the future is not / And the present languishes between life and death / In short, death and life are at all times similar. (Jean-Baptiste Chassignet)

Pause ? Say, it looks like a photo, right? Sometimes a simple image found opens the door to lost time. No need for madeleine, dear Marcel. Photo of happy days which brings back its tune brings, one evening on the scene on the banks of the Seine, obscene onlookers watching without gene a queen’s body in serene voluptuousness.

Or other less gloomy photos. Like the one that follows, a frozen memory of the Rencontres d’Erquy. Will they resume? Maybe. I really don’t know. I loved all of them, time passed too quickly, intense moments of which only a confused memory remains, the eight stays that mix, the colors change, we were like angels. Fall, winter, spring, summer and fall again. Those who are surprised will lose the deal for real. Nice joke it has been. 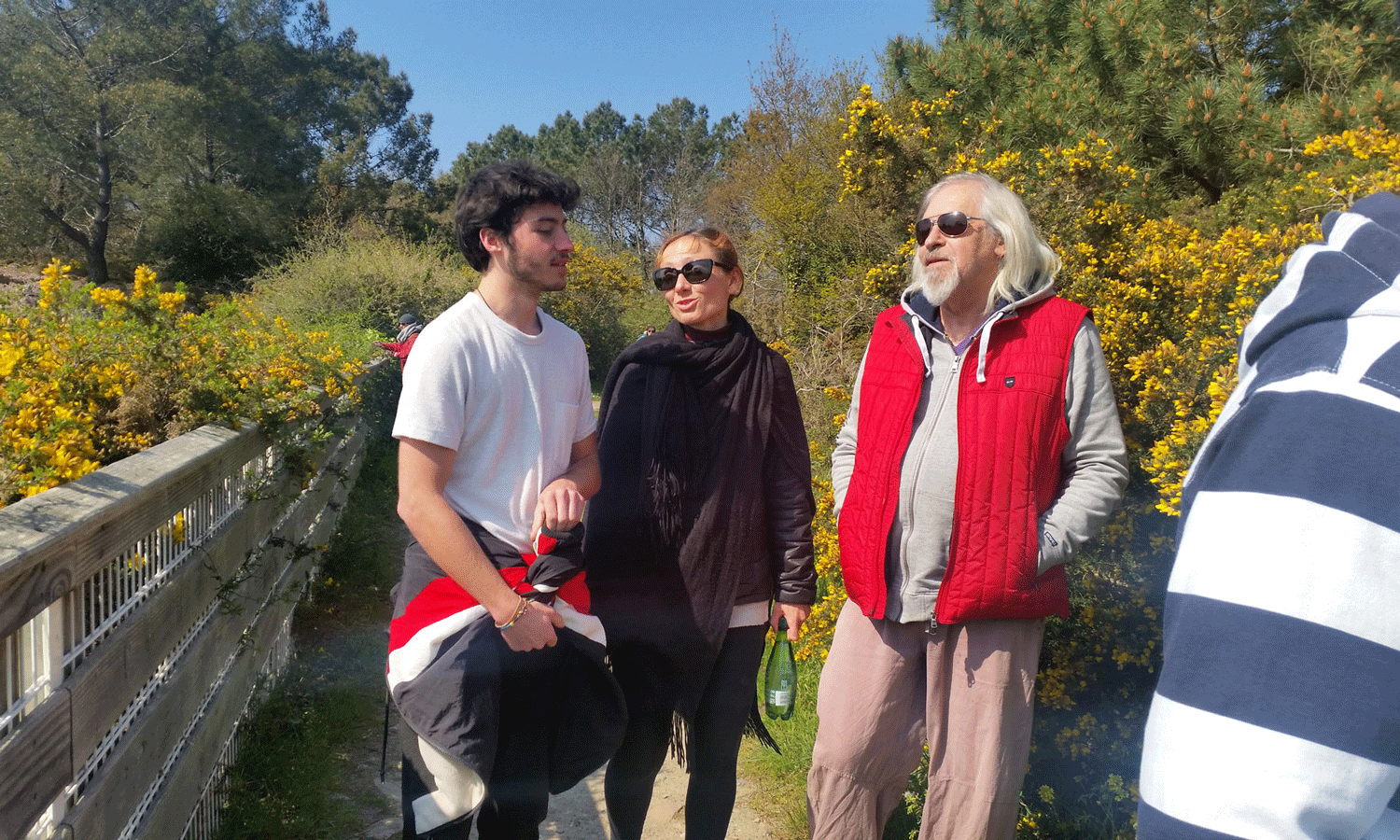