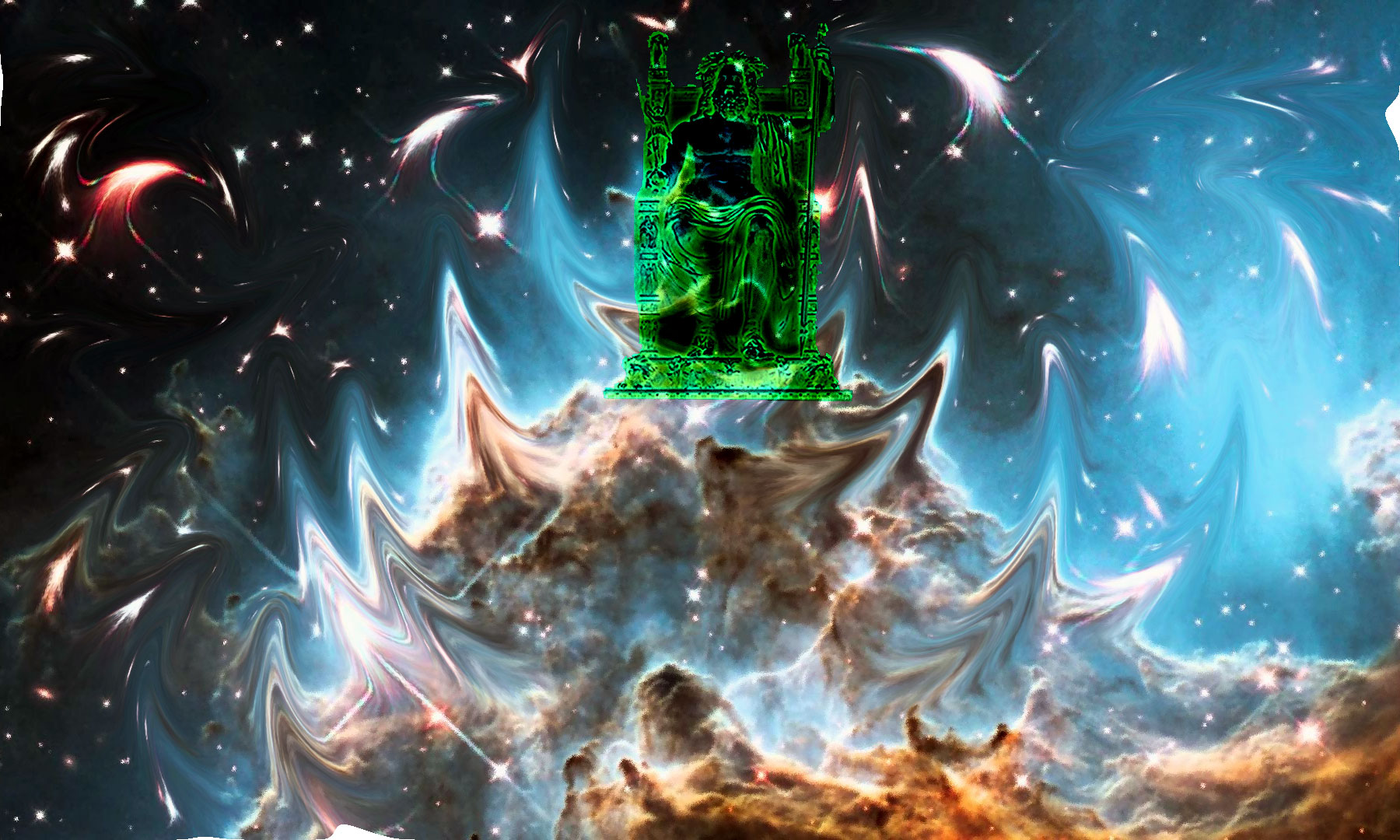 Open your eyes, draw the curtains, roll the shutters of your mind. The words that follow may shock some of you. Do not hold it against me. These words are not mine. They are good of my hand, but I did not design them.

Who says to them that it was to the Most High himself that they had to deal? Some underling could very well pass for him. How to exclude it?

You object that the Most High has no identity card. But each time he gave proof of his greatness. The prophets testified, there is no reason to question their words.
– There is no reason either to take their word for it. What kind of evidence?
– Sorry ?
– You tell me that the Very High has always given proof of his identity. I ask you what evidence?
– He worked miracles.
– A donkey can work miracles if it is a donkey awake. Awakening is not a guarantee of morality. Who told you that an awake can not lie?

The Most High, or whoever pretends to be his, has worked miracles to prove who he was. But that does not prove anything. Any spirit can work miracles. And then, let’s be serious five minutes. Can one imagine for a second that the big boss of the whole bazaar is in person disturbing himself to a distant galaxy, in search of a stellar system lost at the confines of said galaxy, to find a blue planet, and on said planet, to find the damned prophet to whom he will entrust the big secret? It takes a good dose of naivety or pride to swallow such crap. It’s simply incredible.

You will answer me that nothing is impossible in the Most High. I will answer :
– Yes, not even to get help. He who can do everything, can also delegate.

If he wastes his precious eternity in dealing with subaltern issues, we understand that the universe is so dangerous. Happy angel. But that’s just a play on words, not my good old bird language. I told you how much we should be wary of angels, who have nothing angelic most of the time.

What if the Most High were on strike from here on earth, quite simply? What if he had decided to go green to forget a little about the blue planet? Where her son used to land.
That we can also write like this: Blue Planet where her Son once Terra.

Just imagine the Almighty for a moment. He says, Enough. This morning I’m in bed.

Wait, we all did, I don’t see why he wouldn’t have the right under the pretext that he’s So Very High? The Almighty does what he wants. So he spends a day under the duvet. And that’s great. He does it again the next day. Two days in the eternity of the Most High is like 111 111 years with us.

A strike that lasts 111 111 years does damage, leaves traces and marks the minds. You will notice that since that time on Terra it’s serious shit. Last ice age. A hundred thousand years underground. People like moles consume dope and make drawings of dreamed animals as we saw them before. In warm weather. A hundred thousand years of digging galleries, exploring the sound bowels of the planet, testing the miracles of sound that brings out of the body by playing trance music in caves designed for this.

One hundred thousand years without the Most High, all humans have holed down at the bottom. There are still some left. 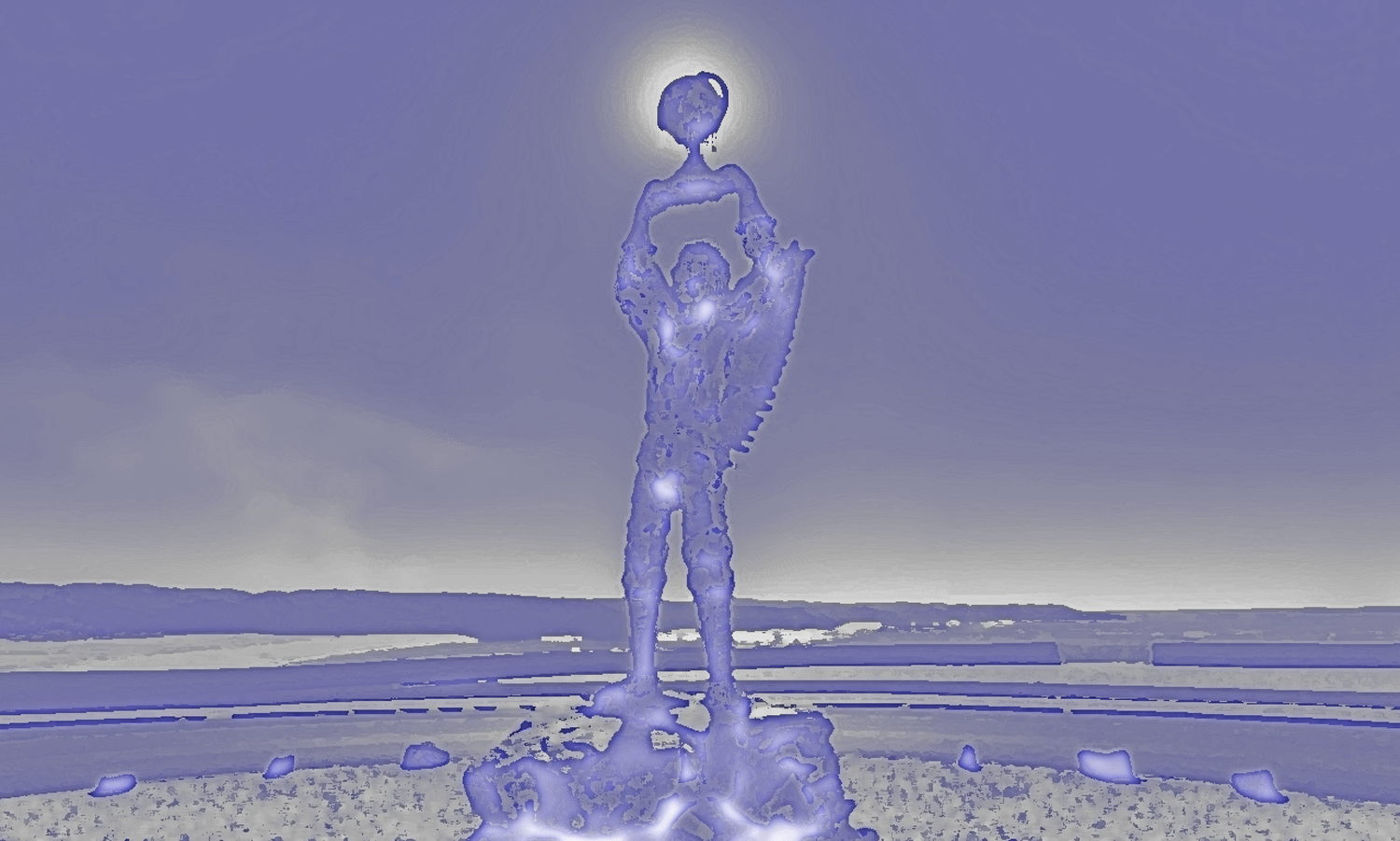 If the sky was empty?

And if the sky was empty? Alain Souchon sings. And if in addition, there is nobody? Radical question. The Most High may well be a myth, not exist at all, that for us, here and now, it would not change anything. Not a single movement of the wing of a butterfly from Manila. Not a breath of the faintest zephyr. Whether or not the Source exists is far beyond human capabilities. I hold the thing for unknowable. It is illusory to hope for an answer, and dangerous to tempt it.

Everyone can believe what he wants in his heart, but if he wants peace, let him keep that conviction for him. The less we talk about religion, the better we go. This is the great wisdom of the Amerindians. Wakan Tanka, every warrior speaks to him in the secret of his heart. But none speaks to his brothers.

Oh no, dear Souchon. The sky is not empty. It is teeming with life, it is crowded with invisible people, it is full of high-power superhumans who uppercut direct. But unfortunely, we seek God in vain. I mean The Most High. His name indicates his place. Do not look for him in the cellar, rather try the rooftop. See if he’s here. If so, you better run.

Then tell yourself this: when you invoke the Most High, there is very little chance that he will answer you in person. Very unlikely? What d’you mean? I mean none. Heaven is full of unscrupulous profiteers, devilishly powerful, able to move you to the point where you believe what they want. Their great talent.

I will give you a good example of unscrupulous profiteers. When I started scalar broadcasts with the group of the same name, some people complained of unpleasant, even frightening intrusions, which suddenly appeared during the session.

We radiated love all over the place, unconditional love for the earth and the living. These greedy profiteers intervened. The Invisibles feed on our emotions. You think that these free love shows have interested them to the highest degree. They ate the waves of love, approached the transmitters and flanked them. It is an emotion which reigns them even more than love, which they find cerebral, without consistency. While a good slice of terror, that’s something!

To stop this hijacking, I secured the scalar issues with recent photos of the participants. 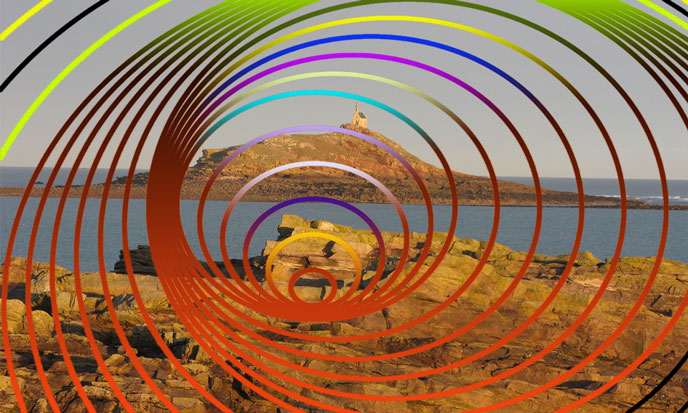 No invocation. No way. Never trust the invisible. Are those who are so much more powerful than you are benevolent? No. Most are not. In fact, they do not care about us. They can lie to us, they do not deprive themselves. We, we can not. The truth comes out of our mouth as soon as they question us. Their psychic power is such that they snatch our every secret as a star tears the secrets of a meteorite.

The Most High is in us. I feel it and I believe it. Without believing it, it’s true, but all the same. Nobody needs any outside help to progress on their own path. Or more exactly, we all want help, but it’s useless because we have everything we need to grow and grow.

What crowd is in everyone!

The Most High is in me. I feel it and I believe it. I feel it when by grace it goes down. He floods me and drowns me. I climb to the surface like a bubble in the ocean. “From the depths I cry to you Lord, listen to my prayer.” sing the Christians of my youth. Do not imitate them: it’s an invocation. Why invoke outside help, when the Most High is in us?

Beware! It’s not just him who hears you. Lots of bastards are listening to you. One of them can connect to you. Deceitful and devious, traitor and poker-face, he manipulates you at will. Whatever he tells you, his goal is not to help you but to take advantage of you. “This universe is predatory,” says Don Juan Matus. You are speaking to the infinitely good, it is the infinitely rotten that intercepts your prayer. He claims your love. Without suspicion, you give him. He swallows it, he digests it, he is stuffed with love to make him fart his guts. Listen to my prayer …

He is all ears. So is his trickery. You adore him and he enjoys. Never tell him yes.

But while you believe without ceiling, without wall, without limit and without horizon, the contrary works on. In the depths of yourself, and with the same force, you do not believe at all. This is the holy protection of you inner explorers. Everything is possible to the Spirit in us. Do believe it hard enough. Just a little bit harder. All miracles wil be possible. But the risk is great to think of yourself as super-powerful. Don’t pretend you’re Superman. Don’t act like god. Don’t take the medium for the Source.

Hence the antidote: believe without believing. A real nectar. Grounding. Reconciling irreconcilables. Electric arc the size of a galaxy. The power is in you. Do you hear him scolding?

Do what you may, don’t take yourself for the Most High. Especially not.