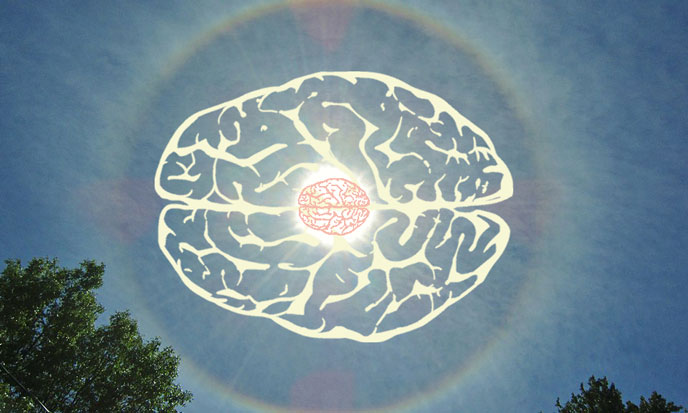 Decidedly, science does not stop being surprised. I was going to write: to surprise us, but the height of astonishment is always for scientists, who have in the matter, stubbornly, a good metro delay. What, then, do they have as a new subject of stupor today?

Scientists found that neurons in mammalian brains were capable of producing photons of light, or “Biophotons”!

The photons, strangely enough, appear within the visible spectrum. They range from near-infrared through violet, or between 200 and 1,300 nanometers.

Scientists have an exciting suspicion that our brain’s neurons might be able to communicate through light. They suspect that our brain might have optical communication channels, but they have no idea what could be communicated. (source)

I have one, and I’m not the only one. All the healers, all the seers, all the sensitives know it for a long time. The popular language also knows it, which speaks of the lights of the mind: “a clear idea” or “a smile lit up her face” one often hears. Does the light comes with joy and love? Yes, it’s obvious. Bright, even !! At the church, when I went there, the priest often implored the Divine Light. “Holy Spirit, give us your lights, give us light to enlighten us all,” says the song.

Even more exciting, they claim that if there is an optical communication happening, the Biophotons our brains produce might be affected by quantum entanglement, meaning there can be a strong link between these photons, our consciousness and possibly what many cultures and religions refer to as Spirit. (source)

Again, I’m not surprised. The practice of scalar waves has amply shown me that quantum mechanics applies to the human scale, and not only at the subatomic scale, as has long been believed.

The scalar group, initiated by Eden Saga on October 5, 2017, and still functioning today, represents a valuable field of experimentation of these waves and the pure love they convey instantly across the planet. 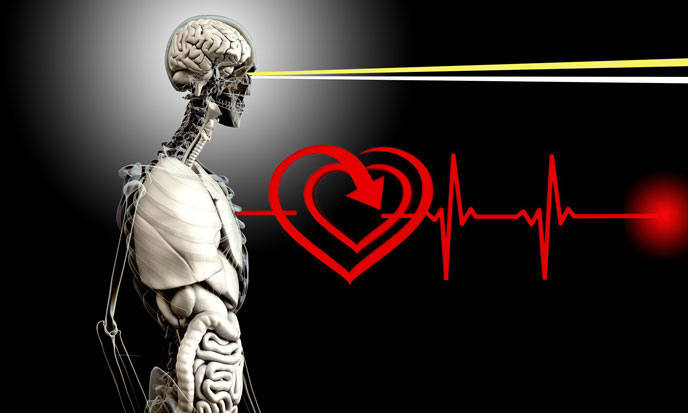 In a couple of experiments scientist discovered that rat brains can pass just one biophoton per neuron a minute, but human brains could convey more than a billion biophotons per second. (source)

Huge difference! In case some people still doubt the divine powers of our human nature, such figures bring a striking confirmation.

This raises the question, could it be possible that the more light one can produce and communicate between neurons, the more conscious they are?

If there is any correlation between biophotons, light, and consciousness it can have strong implications that there is more to light than we are aware of.

Just think for a moment. Many texts and religions dating way back, since the dawn of human civilization have reported of saints, ascended beings and enlightened individuals having shining circles around their heads.

From Ancient Greece and Ancient Rome, to teachings of Hinduism, Buddhism, Islam and Christianity, among many other religions, sacred individuals were depicted with a shining circle in the form of a circular glow around their heads.

If they were as enlightened as they are described maybe this shining circle was just a result of the higher consciousness they operated with, hence a higher frequency and production of biophotons.

Maybe these individuals produced higher level of biophotons with stronger instensity because of their enlightenment, if there is any correlation between biophotons and consciousness. (source)

The spiritual vocabulary has always suggested that this higher consciousness has something to do with light. The English word enlightenment, as the French word illumination contain this idea.

Let us also note the ancient title of Son of the Sun, attributed in all archaic cultures to divine or semi-divine beings. The Bible and other legendary sources claim that light came out of the face of these higher beings. 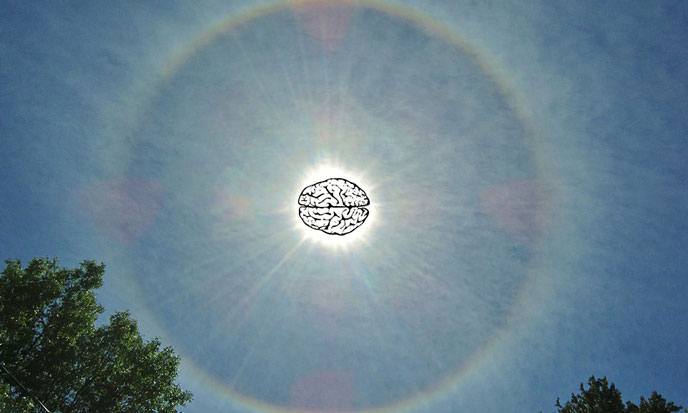 But one of the most exciting implications the discovery that our brains can produce light gives, is that maybe our consciousness and spirit are not contained within our bodies. This implication is completely overlooked by scientists.

Quantum entanglement says that 2 entangled photons react if one of the photons is affected no matter where the other photon is in The Universe without any delay.

Maybe there is a world that exists within light, and no matter where you are in The Universe photons can act as portals that enable communication between these 2 worlds. Maybe our spirit and consciousness communicate with our bodies through these biophotons. And the more light we produce the more we awaken and embody the wholeness of our consciousness.

This can explain the phenomenon of why the state of a photon is affected simply by consciously observing it, as it is proven in many quantum experiments.

Maybe our observation communicates something through our biophotons with the photon that is being observed, in a similar fashion as quantum entanglement, like light is just one unified substance that is scattered throughout our Universe and affected through each light particle.

Of course, nothing of this is even close to being a theory. But asking questions and shooting such metaphysical hypothesis might lead us closer to the truth and understanding of what consciousness is, where it comes from, and what are the mysteries that hide within light. (source)

Yes why not ? One could even see the highlighting of the famous Sky of Intelligibles dear to Plato, this place of light where, according to the Greek philosopher, the original form of all the beings we know here below are held. These beings would then be only virtual images of the higher reality, hidden out of our reach in the Heaven of the Intelligibles.

But do not pack. The theory is in fact only a hypothesis, and with the same facts resulting from the scientific observation of the photons of the brain, one can emit an infinity of other hypotheses.

The one I prefer comes straight from the nagualism and the theory of knowledge emitted by Carlos Castaneda. No, he tells us, our thoughts are not born in our brain, the brain just captures them.

How does it capture them? Castaneda does not say it, but I made an observation on the neo-cortex, the thin neural layer that covers the human brain. Its cape shape evokes satellite dishes, whose role is to receive the airwaves of our TVs.

The neurocortex, in my opinion, is an inverted parabola that captures, not the emissions from any heaven of intelligibles, but those that come much closer: from our aura.

Indeed, in the theory of knowledge of yaichi wizards, our aura – which they call our brightness – reproduces all the complexity of the universe – or the universe … By moving a point of bright light to the inside our aura, we illuminate areas that can lead us to the other end of the cosmos, or even much further!

This point of bright light that can move in the aura, the Naguals called it the assemblage point, because it is thanks to this mobile point that we can assemble other worlds. Thus, it is by moving their assembly point that wizards turn into an animal or giant, change sex, change their physical appearance or simply disappear from our visual field.

The transformism of the gods before has no other origin. If this theory is true, and I hold it for such, then each position of the assemblage point is a quantum of entangled energy with another quantum, which may be everywhere in the universe.

Thus I associate myself with this discovery, which I consider incontestable: our consciousness and our spirit are not contained in our bodies. I know it from having experienced it at the age of 12.