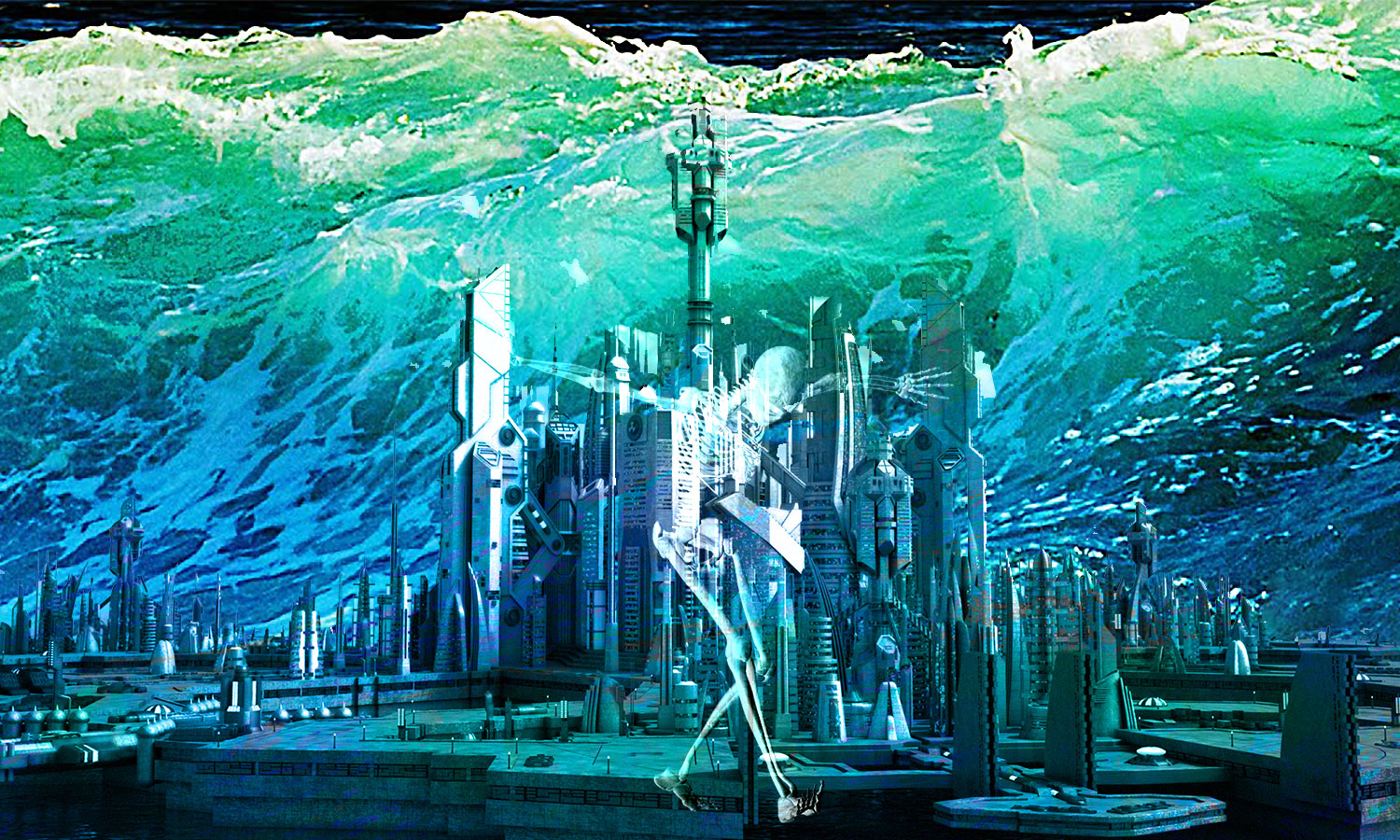 Wonderful city of gold and crystal, where the lights of Hyperborea make the translucent facades sparkle, where the large statues of orichalque light up and go out in a way to guide the glass vessels and the diamond spaceships. Made of stone and air, wave and light, Ys the Resplendent was said to have sheltered the childhood of Lugh the Cyclops, king of the sacred tribe of Danaan, father of Cuchulainn and cousin of Manannan.

And Lugh creates yet another link between the ancient capital of the Gauls, Lugdunum ie fortress of Lug, and the modern capital of France, Paris or Par Ys, Pareil à Ys.Ys like Would Lugh have lived in Paris? I don’t know. Why not? The city of Ys was written Is, like the Great Goddess Isis, who gives humans the purest gift: awakening.

In the heart of Paris, not far from Notre Dame Cathedral — dedicated to Ahn the Great Goddess — an awakening ritual has been practiced for centuries according to the ancient cult of Isis Dana Ahn. It was the duty of the Druid Healers, under the banner of the Sow who is fleeing.

This curious Sow doesn’t mean a lot in English. Agreed. Blame the translation. Well, in fact French sentence is not much clearer : La Truie Qui File. This is the famous languiage of the birds. In French, La Truie Qui File is a homophony with the Druid who heals. A secret way to inform that under this sign one could be healed by an authentic druid. Only insiders could get the message, so the Inquisition doesn’t know.

But let’s go back to the original, the City of Ys. Legend has it that it was off Douarnenez or perhaps Concarneau on an island that is now sunken. The sacred lands surrounding it were invaded by sea water during eras. The Armorican Peninsula toppled in one fell swoop, with the north coast emerging from the English Channel as the south coast sank into the Atlantic.

The successive kings of this glorious city built formidable ramparts of considerable thickness to contain the invading waves. The whole island of Ys was surrounded by this dike behind which one could hear the deaf shock of the waves. This sinister rampart had only one opening: a vast lock was used for the passage of ships before the rise of the waters.

Legend has it that Dahut, the insolent and capricious daughter of the monarch who reigned over the city, had fun opening this lock. And then she’d run off on a magic horse. To avenge the countless deaths and the loss of his capital city, the King would have caught up with the fugitive in order to drown her with his hands. There are other versions which don’t sound better to me. The very first of these is due to Jacques Cambry. It comes straight from the Britanny oral tradition. Visiting Finistère in 1794, Cambry hears about the city of Ys where King Gralon reigns, and where his daughter “Princess Dahut, the king’s daughter, forgetting the modesty and natural moderation of her sex, exemplifies all kinds of depravity”. (source)Jacques Cambry

Clearly, all this sounds false. The moral and religious education of the time pervert the oral tradition. The Catholic Church distorted this myth. A mystery is necessarily hidden behind, as the hypocrisy of the parish priests spreads from the front. 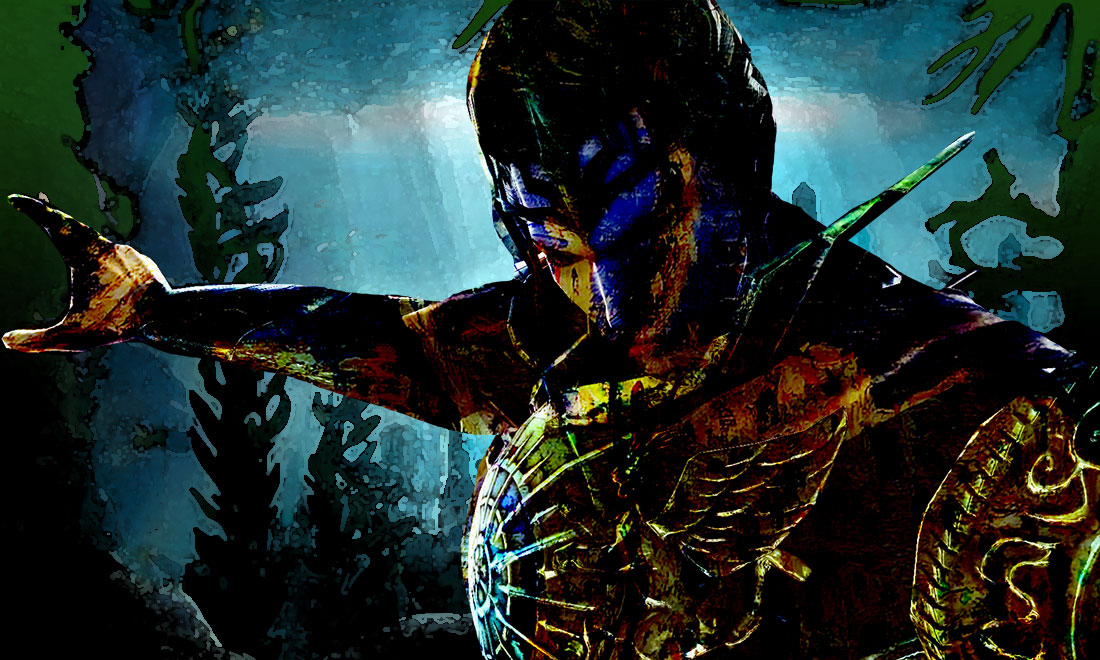 When something bothers me, I love going there. There’s nothing like the land. I’ve been there. And I’m going back again. You have to know that I travel along the timeline — which is a great asset, I admit, to tell you another human history.

First doubt. This marvellous city surrounded by an impassable dike, having only access to the condemned lock, how did one go about entering? Was there an underground to cross the bay in the dry? I don’t think so. When I went there, I saw the sky full of planes. And I was on a plane too.

Second doubt — and I would have many more. Why does crazy Dahut behave like that? It smells too much holy water. We’re not told everything. I go back.

When I go, I am always struck by the magic of the approach. We get there by plane — a two-seater, little crystal bubble where I’m always alone. I give all the details, so that the memory goes back to either of you. This is your dream.

In my flying bubble, I see another one grow, a gigantic crystal cup that encloses the wonderful floating city. To see her perched high above the swells, an impossible and insane spectacle that I cannot tire of. Ys is the queen who reigns and spreads to the winds her proud golden bluish light. Seeing her in the glory of the sunset makes me feel like a bomb. I think I see Venus radiant in her divine nakedness.

The city rests on a transparent plateau like its protective dome. The plateau is carried over a reef by a single crystal foot, which is scary.

It is the Achilles heel of the proud city. The children shudder. The elders are quiet. Never before has the divine technology known the least concern. After a thousand generations, the science of Ur’s Supermen shines and still lasts as on the first day. The ancients are sure, the work of the gods is not about to fail.

As thin as it is, the foot is not fragile. It will be able to withstand the onslaught of the tides, it will be able to withstand the storms. It is said to be the optic nerve of a Golden Dragon. We doubt that this mythical monster ever existed, what about its optic nerve? I’m just reporting what I’ve been told. The benefit of this living nerve is its elasticity. It can grow as soon as it gets wet. This allows Ys to be always above the waves, whatever their level.

Unfortunately, Dahut’s childhood was poisoned by a sexual predator father. That’s what I saw. Everyone here knew that. The Court, the Ministry, the Gardens, the Palace, whether he was a magistrate or a private citizen, none of them was unaware of the smallest detail. No one flinched. And the little one has nourished in her wounded heart and in her soiled body a hatred that only death and carnage can appease.

Dahut fought alone against a tyrannical king. Perverse. Despotic. So powerful that no one dared to stand up to him, except to lose his own. Dahut of shadow and hatred. May Death suddenly come!

It is the sound of the crystal dome, a dull explosion followed by a myriad of glass bells that clash on all the tones, in all the ranges, when the infinite of the eighth notes of the bells that come off cling to the eardrum. Nice din of crockery, household scene at the fairies all small, all pretty, all modeled on a background of infinity, ideal, guillerettes, necessary.

It is the crystalline noise that triggered a thousand interlinks, breakage, shocks, splinters, repetitive runoff of the acute angles that sting the ear in a tumult of trills, lattices and triolets.

Sound sparks that break the vase. Oh as the fine crystal breaks, thin flashes tinkling, falling, tinkling. A sound, broken by a fine crystal, triggered the avalanche of brilliant collapses, divine ruins, lights out and furious waves! To see in a few moments engulfed millennia of beauty! Inadmissible affront, inexpiable crime, it took the end of ys, it took the death of the lily, and the return of Ulysses in the city of Ullis.

Hello? Police speaking! Speak in the hygiaphone. Press the star key and decline all responsibility. Check here and say I swear. Repeat, it’s confusing. Back to reception. All our lines are busy. Call back next year at the same time on a Tuesday.

Thus perished pride. The city among the cities, the chosen one of the gods, the radiant, the immortal lie under the moving waves. To see her beauty shine on the high cup – to say never again, your beauty drowned – the loss is painful horrible is your divine destiny city sublime fairy star O you who will never again shine on the sea, in memory of yesterday.

The sea has returned, the city is drowned. Thus was compensated the abhorrent torment of a misguided child. And Stone’s Heart Dahut broke the glass foot carrying the proud city. Thus the Crown Princess punishes the King her father by whom she suffered so many deaths in her body, so many cries in the mind, so much horror in her heart.

Thus fell the flamboyant crystal capital of a fragile empire like her. Thus it collapsed like a house of cards and the millions of shards of crystalline souls suddenly rolled under the sea wave.

Ys has lived. A world ends. To mourn it, no one will survive. The memory of the dead fades away, and the reason for their death. 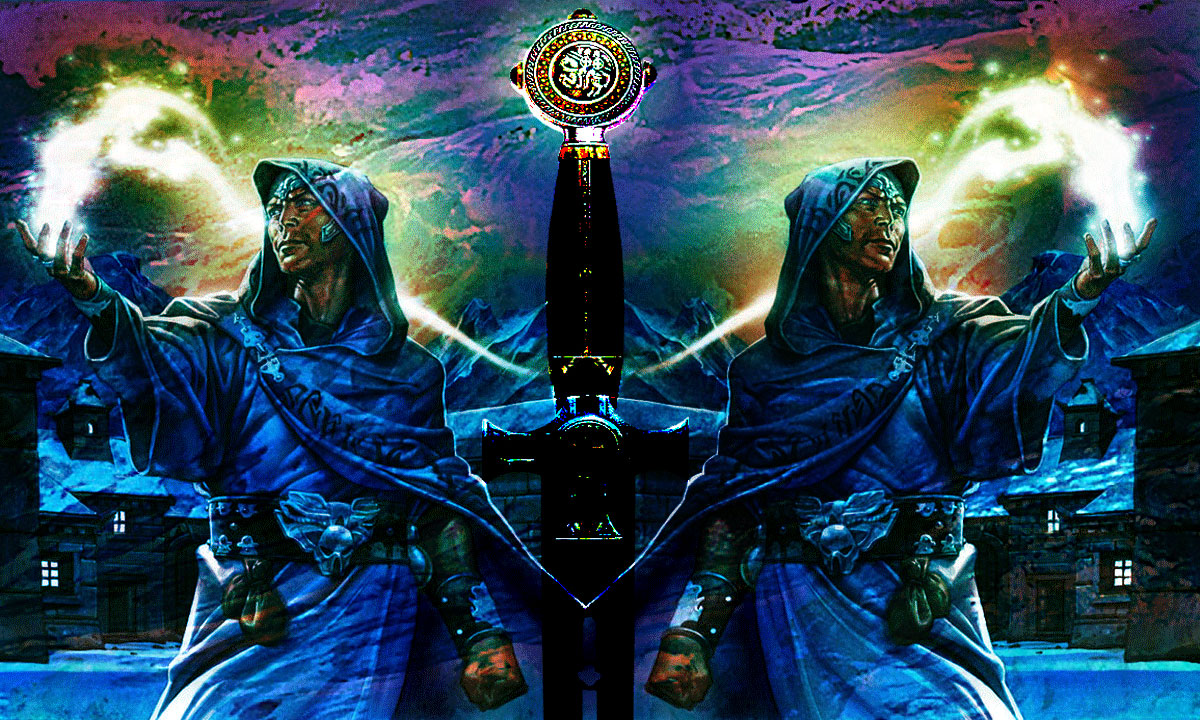