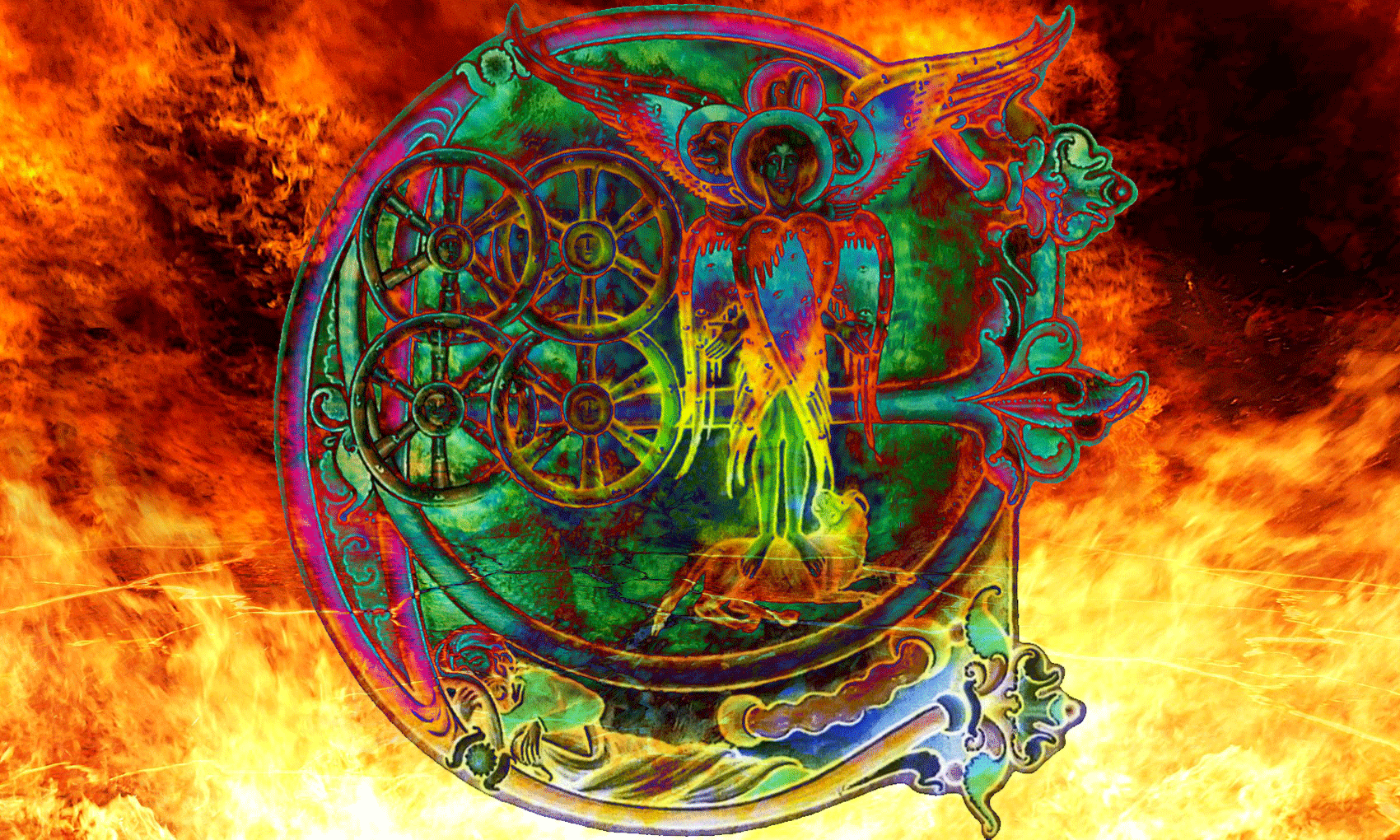 Thirteen years ago, when I started posting articles on this site, I wanted to talk to you about merkaba. I have read much foolishness and speculation about this important issue. To describe this forgotten reality, I needed an angle of attack that would allow for discoveries. I spent a long time looking for vision. Here I am ready, I speak of it. So goes our Saga.

It was necessary for me to discover the truth about Atlantis and Nibiru, as well as the omnipresent existence of the great mother ship Hyperborea, so that this subject finally came to the fore. I’m talking about my news, the one that runs scalar waves. As usual, I will look in Wikipedia for the point of view of the dominant thought, the one that explains nothing, that confuses everything and that trying to make a silk purse out of a sow’s ear.

The Merkaba (from Hebrew מ רכ בה (merkavah)) is a theme of Jewish mysticism in connection with the vision of the heavenly throne and the divine chariot. These speculations originate in the first chapter of the Book of Ezekiel which the Mishnah calls Ma’asseh Merkaba. (source)

As usual, Wikipedia does not do better than other online encyclopedias. No, no and no, the word merkaba does not come from Hebrew. It originates in ancient Egyptian. This language inspired almost all others. Translated from hieroglyphics, Mrkb means char. This corroborates the first meaning given by the Book of Ezekiel, namely heavenly chariot, or more precisely flying chariot. Let us rejoice: the former astronauts are back.

It is a divine vehicle, a spaceship of the former gods. The merkaba was either a three-seater spaceship commonly used by the emissaries of the great ship, or the great ship itself, Hyperborea. But the rest will show us that it is both.

Let us recall Ezekiel’s vision of the Bible and his sung version enchanted by an American gospel-song. The prophet Ezekiel reports a small wheel spinning in a big wheel. In fact there are several small wheels spinning in the big wheel. Four little wheels. And that do not turn, will add the biblical prophet. Black singers as well as Christian exegetesanalysts have been deceived by the word wheel. They put the small wheels and the large one on a vertical plane, perpendicular to the ground as the word chariot suggests.

The evangelical gospel songs of black Americans have karcherized biblical mythology. From a psalm, see this other gospel: “Swing low sweet chariot coming down to carry me home“. To the familiar readers of the former gods from heaven, it is as clear as can be.

There is some nonsense about the spiritual meaning of this word. Each new age guru goes for his stuck verse, where neither intelligence nor understanding shines, but only the bloated ego. I don’t want to list all this nonsense for fear of advertising it, and I would be remiss. Just tap merkaba on your favorite search engineMay I suggest DuckDuckGo, which guarantees anonymity and prevents other giants from tracking you non-stop and you will be dead laughing, just like me.

The Abduction of Ezechiel

When wikipedia says that this is a theme of Jewish mysticism, it is true. Here it is not the encyclopedia that is wrong, but the rabbis and the cabalists. Ezekiel had several heavenly visions, it is indisputable. I even think he went through an abduction, an abduction by the former gods, Elohim or YHWH, whatever their name is?

It describes semi-human entities on flying machines, in which the tetramorph is recognized. He will later say that these four flying creatures are cherubim, kerubim in Hebrew. I see them as servants of the mighty monarch who came from the stars to complete the development of our planet. It moves on a chariot with gigantic wheels, so big that the huge cherubim appear tiny next to them. The flying machine on which the god of gods sits is the size of a planet. It is Hyperborea.

The riddle is too easy. Wheels are flying saucers while the living creatures are their divine passengers. 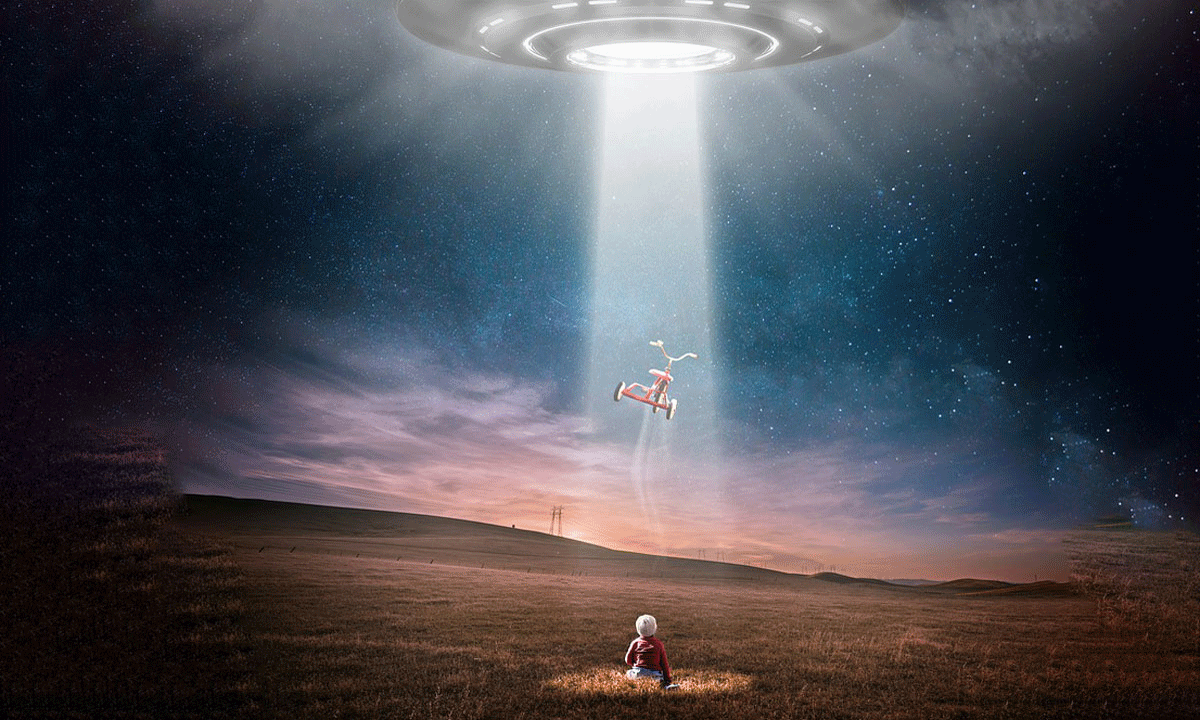 The whole wheels had the shiny appearance of chrysolite; the four were identical. In terms of their appearance and structure, it was as if a wheel was in a wheel. When they moved, they could go in any of the four directions without pivoting. Their rims were of an impressive height; the rims of the four wheels were full of eyes all around. (source)Ezekiel 1 16-18

Four wheels that are like a wheel in another wheel. All commentators were abused by the word wheel. These gigantic objects do have the shape of wheels, but they are not. These are the four circular islands in the transparent bunkers of the great mother ship Hyperborea. The first three have landed on the Atlantic Ocean, the Indian Ocean and the Pacific Ocean. They are called Atlantis or Amenta, the Land of Punt or Lemuria, and finally Mu. The fourth one, to my knowledge, was not used on Terra because there wasn’t a fourth ocean large enough to accommodate it … except the Artic ocean, free of ice, just under the mother ship?

The circular islands are made of chrysolite: a yellowish translucent stone. It is a technological matter and not a natural stone that has the same appearance. But how could Ezechiel grasp it? The eyes all around the wheels are portholes. Transported in the mother ship’s transparent holds, they can move in all directions without pivoting, that is to say without rotating on themselves.

Our distant ancestors, witnesses to the scene, perceive and describe the realities of their time. These realities were limited. Their lack of understanding of the space world, total. Their inexperience of technology, obvious. With such disabilities, how could they have described what their incredulous eyes saw? Note that the prophet Ezekiel is not one: he is a witness. What he testifies to will be described with simple words, taken from the environment of the editor. Who is not Ezechiel, nor any eyewitness. I am certain that this account was transcribed long after these extraordinary events struck the witnesses. Why? For the ancients, writing is unclean, unfit to reproduce the sacred sound. Let us ask ourselves the question: for how many generations has this text been repeated by word of mouth by insiders? Enough to obscure it still…

Another translation of the Egyptian term could be: mer ka ba, like the Self and the Spirit. Or: like you and your soul.

The relevance of the interpretations in the Egyptian language shows that it is the first version, source of other languages. The Hebrew prophet would therefore be, like Moses, an Egyptian. In Arabic, ka’ba or Kaabah means the sacred abode of Allah. Yes, this term coincides with the Hebrew term. Allah YHWH is on his throne of glory, commodore of the gigantic mother ship whose size is that of the planet Venus.

The Ka’bah is located on the foundations of the Masjid al Haram in Mecca. It is said that this was the first home of YHWH on Terra, built by Abram son of Ram, to be called Abraham. 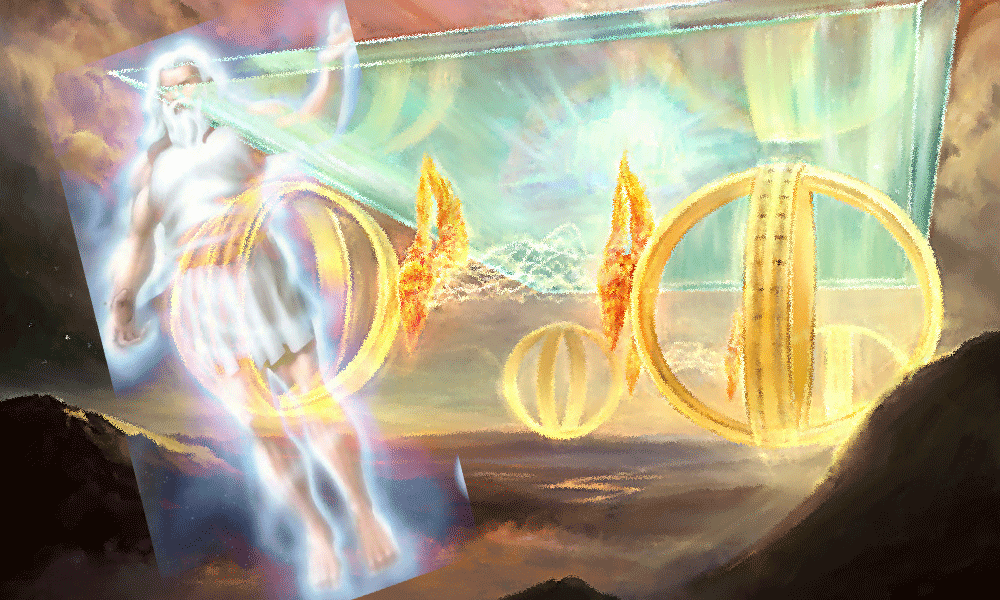 The GoslingsFrench: Oisons are the offspring of Mother Goose, whom French insiders used to hear the bitter law.French: La mère l’oie = l’amère loi And their language was not that of the birdsFrench: oiseaux, very similar to oisons (goslings) as we too often hear it said. The famous language of the Goslings, everywhere present, cannot help but come and interfere. What is meant by merkaba in this beautiful initiatory language? We hear this: mère cabas = a mother with her tote. Which is not so incongruous as one might think: the former gods on their flying chariots brought abundance to Terra. If only by teaching agriculture and livestock to humans hitherto hunter gatherers.

It is written in the Bible and other sacred texts that in the center of the Garden of Eden there was a tree of abundance. Some authors see it as a supermarket. Why not? A savage from the ages who has never seen a supermarket, how will he describe it?

A mother cabas. The Mother Goddess with her horn of plenty…