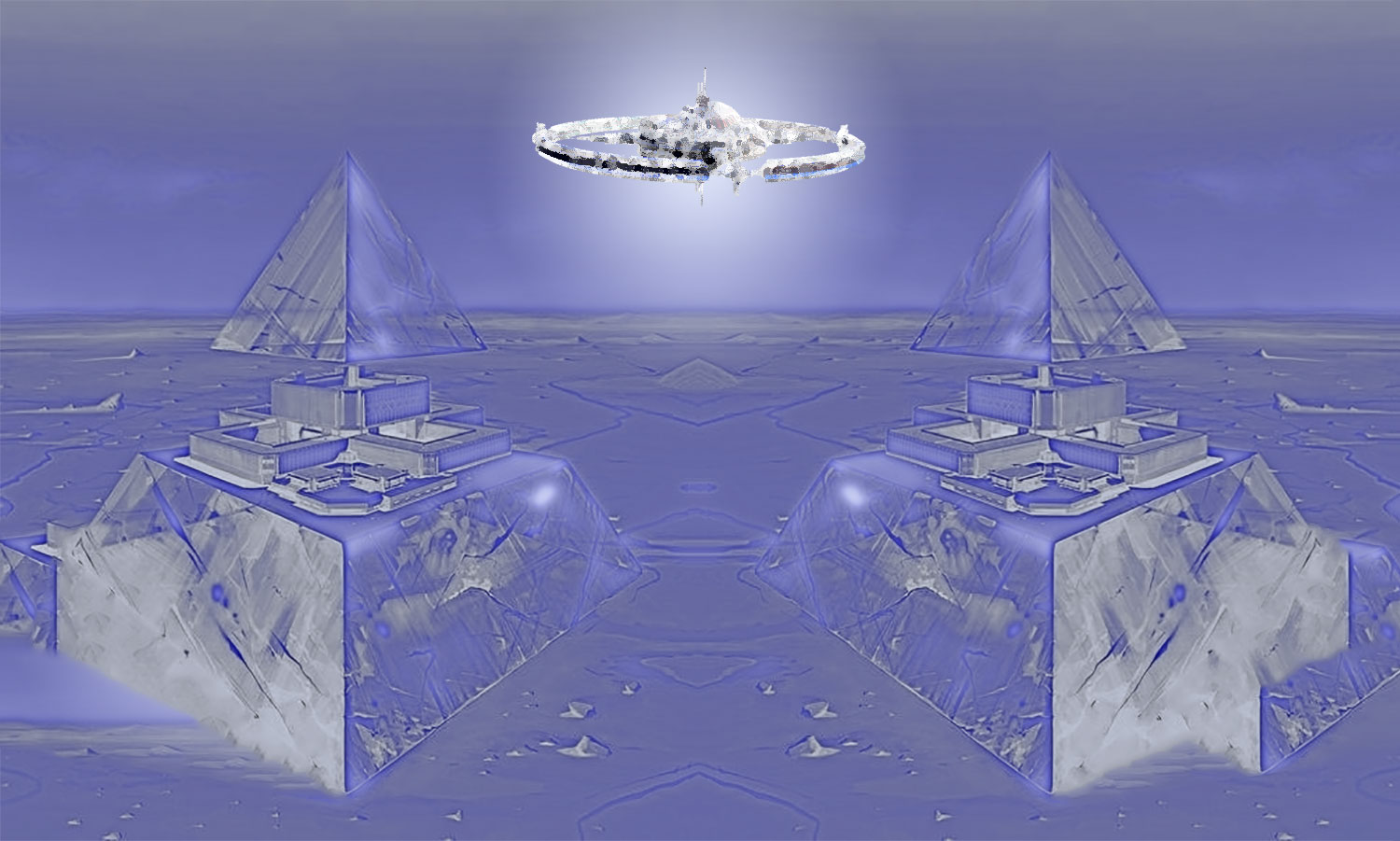 All wild planets are suitable for conversion. Those located at the right distance from their star and having an atmosphere are modified first. Good wild planets are rare. Planet planners compete for the few that remain available. Developing a wild planet is a big contract that will mobilize millions of angels and gods for billions of years. Everywhere in the universe, the hunt for big contracts is raging. The planets of the galactic center have been developed since eons.

For several billion years – quite recently at divine scale – developers are tracking stellar systems far more distant, even downright eccentric, like our tiny solar system. They even expanded the eligibility criteria. They feel great at developing the worst of the trash planets. With its oceans invaded by plastic and baby diapers. It would be nice if they come back and give us a shot at cleaning the land, which fulfills their criteria.

From Alcor with love

In fact, nothing is impossible for Terraformers. They carry with them a complete sample of their vertiginous civilization. Those who terraformed this planet belong to the civilization of Alcor, in the Big Dipper – Ursa Major. Human history covers only ten thousand years, what to think of theirs? The archives of Alcor manage a memory of several billion years. Accessible to all the Alcorians, these archives contain all the science, all the power and all the know-how of the former gods … ie the terraformers.

They came aboard a mothership that can accommodate 20 million passengers. A wandering planet is how the Sumerian archives describe this mother ship. Nibiru, that’s the name. Divided in four islands the size of continents, each island populated by a different category of gods. Patriarch Enoch was able to go there, he visited the four islands, discovered the customs, and was even received on the central mountain, Olympus, where he was loved by the Great Goddess. He told me his wonderful journey, I gave this story.

The former gods have nothing of a single god, they are very numerous. Monotheistic religions recognize only one god, but are forced to admit an infinity of angels. As well as beings whose status is poorly defined by the Bible, such as the Serpent. In short, even in the religions of the one god, they are many divine people around. All this in a sumptuous setting. Kind of paradise …

What these bold letters for?

These bold letters mean to emphasize the sound or, oor, ur, which is the true signature and origin of the former Lords. I have posted two texts dealing with this phoneme. Too sad, they are not avalaible in English. Need a better translater. They are called Le phonème d’OR and Histoire d’OR.

Back to sumptuous setting

The mothership Hyperborea – Nibiru or whatever the name – is really a sumptuous setting. It is the very archetype of paradise. That is why it remained for a long time the only habitat of the former gods. Wilderness does not provide the security and comfort that Our LordsGold phoneme strikes again! are used to. Only a few gods make Earth home: pioneers, leaders, adventurers – often crazy, at least happy to act. They want to be among Angels, Giants, Cyclops, Titans and other force workers who are shaping the face of the globe. Lord Enki was one of those pioneer gods. 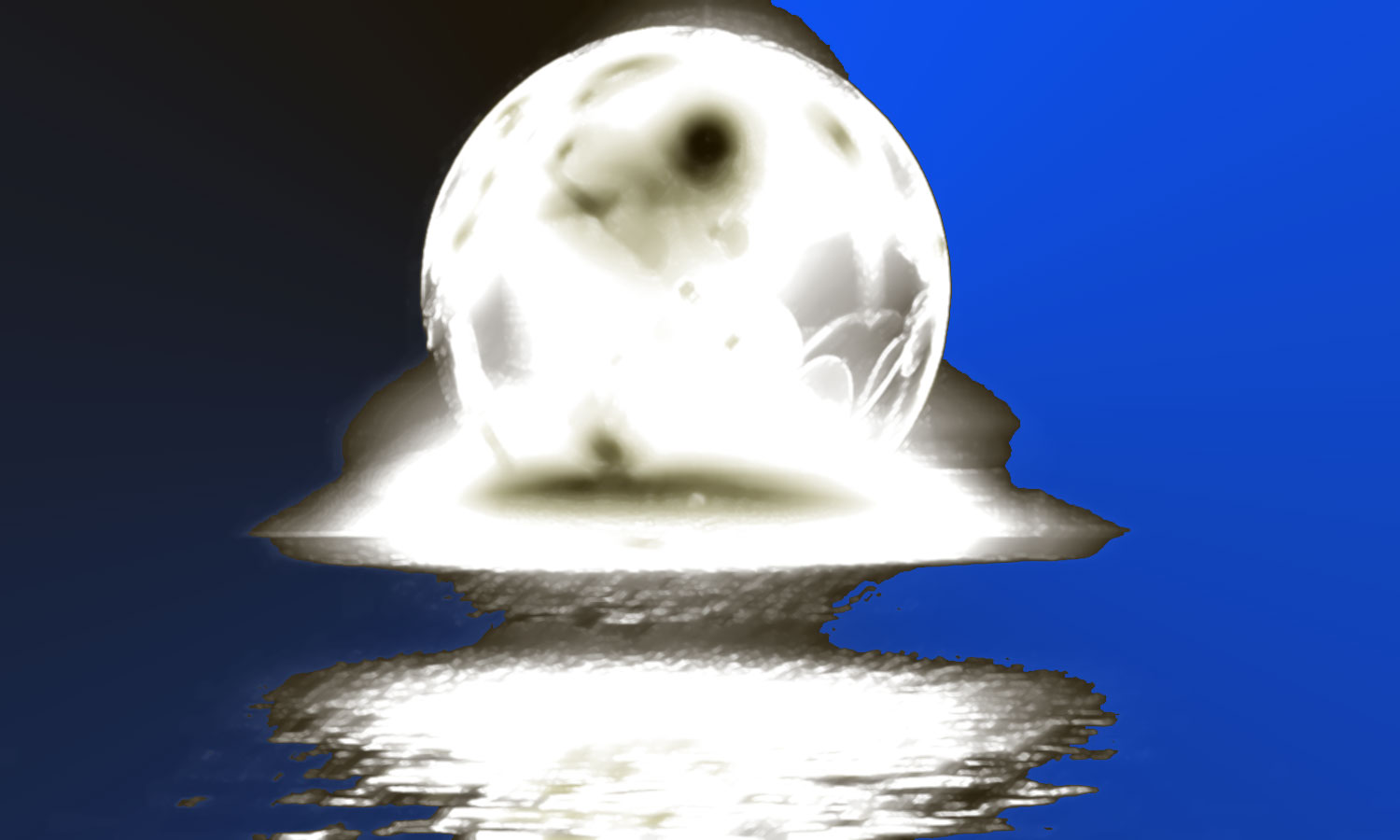 He gave orders here and there, in a loud voice that dominated the sounds of engines and the crashing of broken rocks. For an ignorant spectator, his voice seemed the real driving force behind all this creative activity. Faith tells us that the world was formed by the word of God. The intelligence tells us that the Earth was arranged according to Enki’s orders.

How much are they really? The gods and all their helpers, how many? The Gospels evoke legions of angels. Be careful though, there is angel and angel. Many scholars of rabbinical texts think that angels are not all warriors. Some could be flying machines.

Kerubim / cherubs are supposed to be sophisticated supersonic jetplanes. Intelligent, fearsome, mortal, Cherubim killer machines sow death and desolation. We are far from the naked cherubs, these flying babies, chubby and sexy, which made our grandmothers blushing and their confessors glancing.

Some angels have valuable skills, not warriorlike. Some could be seers, healers, wise and sage. Some, but not all. Angels are assisted by robots. Later, they will be supported by intelligent subspecies like ours.Are we? I doubt But we will have to wait several billion years.

So how many are they? The Hindu tradition mentions the figure of 13 millions. This may seem high, yet it applies only to the main gods. I think the terraformers were even more numerous on Hyperborea / Nibiru.

The great gods, already very numerous, are accompanied by armies of angels, innumerable cohorts who escort them. 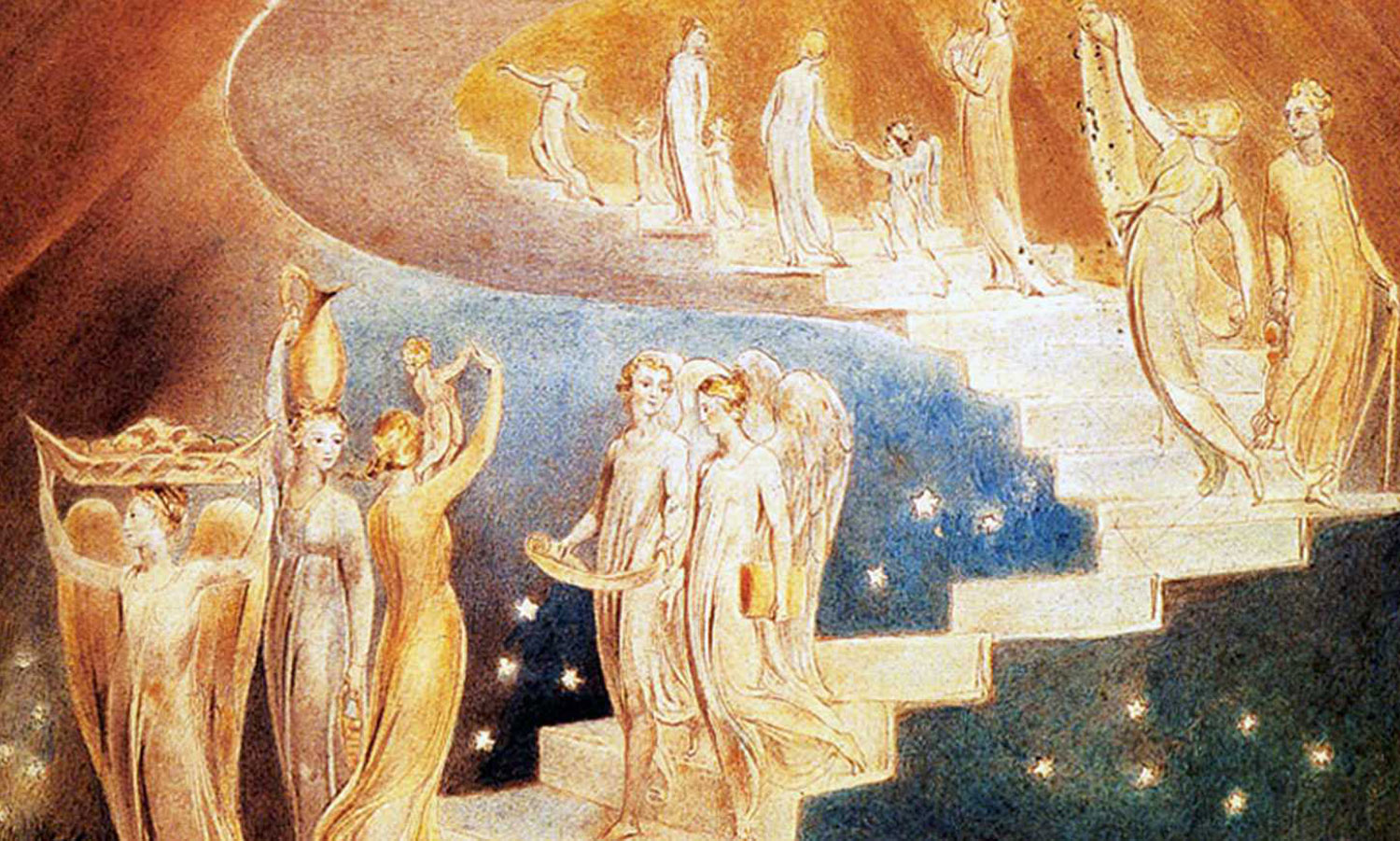 What has happened here is what is happening on all the developed planets. As our planet is called Earth, we have called terraforming the process of transforming a wild planet to make it habitable. Elsewhere, of course, we are not talking about terraforming but simply about planning.

This is an extremely long process at our time scale. It is in billions of years. It breaks down into several phases of work, I counted seven, which correspond to the seven days of biblical creation.

The layout of our planet began when she was still very young. She had all the primordial chaos when terraforming gods set foot there. What they did with care. Everything was nothing but frightful disorder, mortal whirlpools, oceanic vortices, swamps of vases and quicksand, innumerable volcanoes, regular earthquakes, incessant storms, torrential rains, or infernal droughts. To say the least, there was work. Seeds to sow, eons to grow.

The first seed sown concerns enERgy. For all these huge projects, quantities are needed. The most profitable is nucleAR enERgy. The terrafORmers have carried out URanium mining in Africa. The first nucleAR reactORs, dating back 1.8 billion yeARs, bURied deep beneath the land of present-day Gabon, have produced electricity for ages. One of these reactORs would have wORked mORe than 500,000 yeARs!

Why these BOLD LETTERS? They intend to emphasize what I called the Golden Phoneme: ie the sound OR, UR, ER. All that comes directly from the fORmER gods has this phoneme inside. SORry, these pages don’t exist in English, I need a better translater. You may read it in French: Le phonème d’or, l’histoire d’or.

Now back to terraforming. While geologists turn the original chaos into something that looks like a landscape, chemists have altered and purified the atmosphere of the biotope, and biologists create conditions conducive to life. Grow and multiply, says the Terraformeur of the Bible. Sexual desire fulfills this function perfectly. The former geneticists implanted the sexual desire in all living beings, including the plants. Watch them bursting with these insects in a cloud of pollen! A golden ballet, a pleasure to see.

It was a pleasure to see incredible animal species proliferate, to see them reach their peak and to see them wither away, to the point of disappearing from the face of the earth, to finally fade away memories. It is also a pleasure to see these incomparable beings, who are superior by force and intelligence, to see these exquisite beings with enormous hands, brazen legs, and shoulders of fine gold moving. Pleasure too, these myriad fairy sparkles beauties waves, ridges, bottoms, sylves and pastures.

The terraformers came seven times. They stopped seven times their great ship over the North Pole. Their giant pumps sucked in all the heat of the earth that each time entered a new age of ice. There were seven major ice ages in the Earth’s past, seven ice ages corresponding to their seven visits. 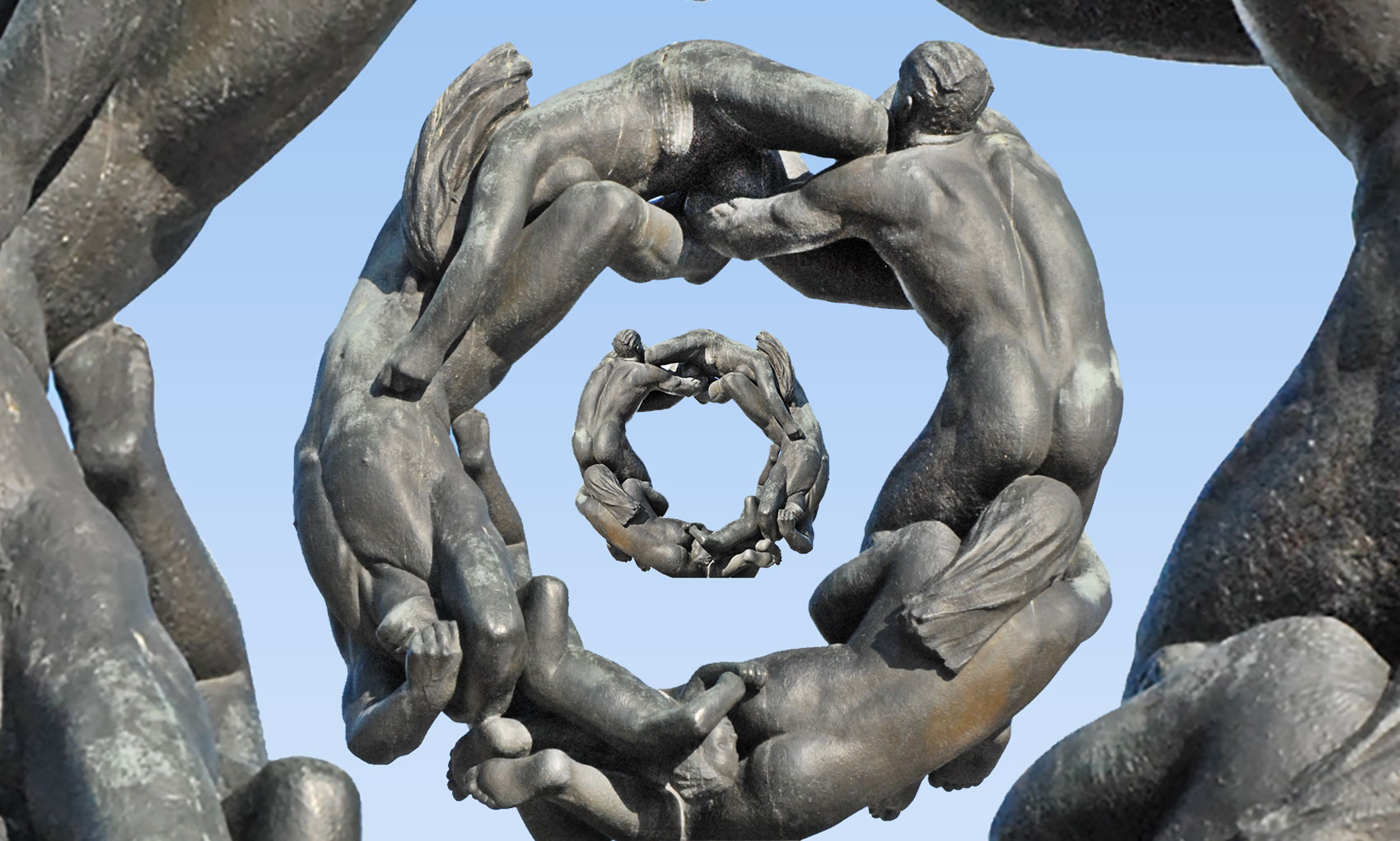 The terraformers have done a lot of work that we are enjoying today. Think about it. Even if you find fault with it, even if you think a lot of things could be improved, look at the work, hat down. We admire in silence. And we thank.

Patience and length of time are more than strength or rage.