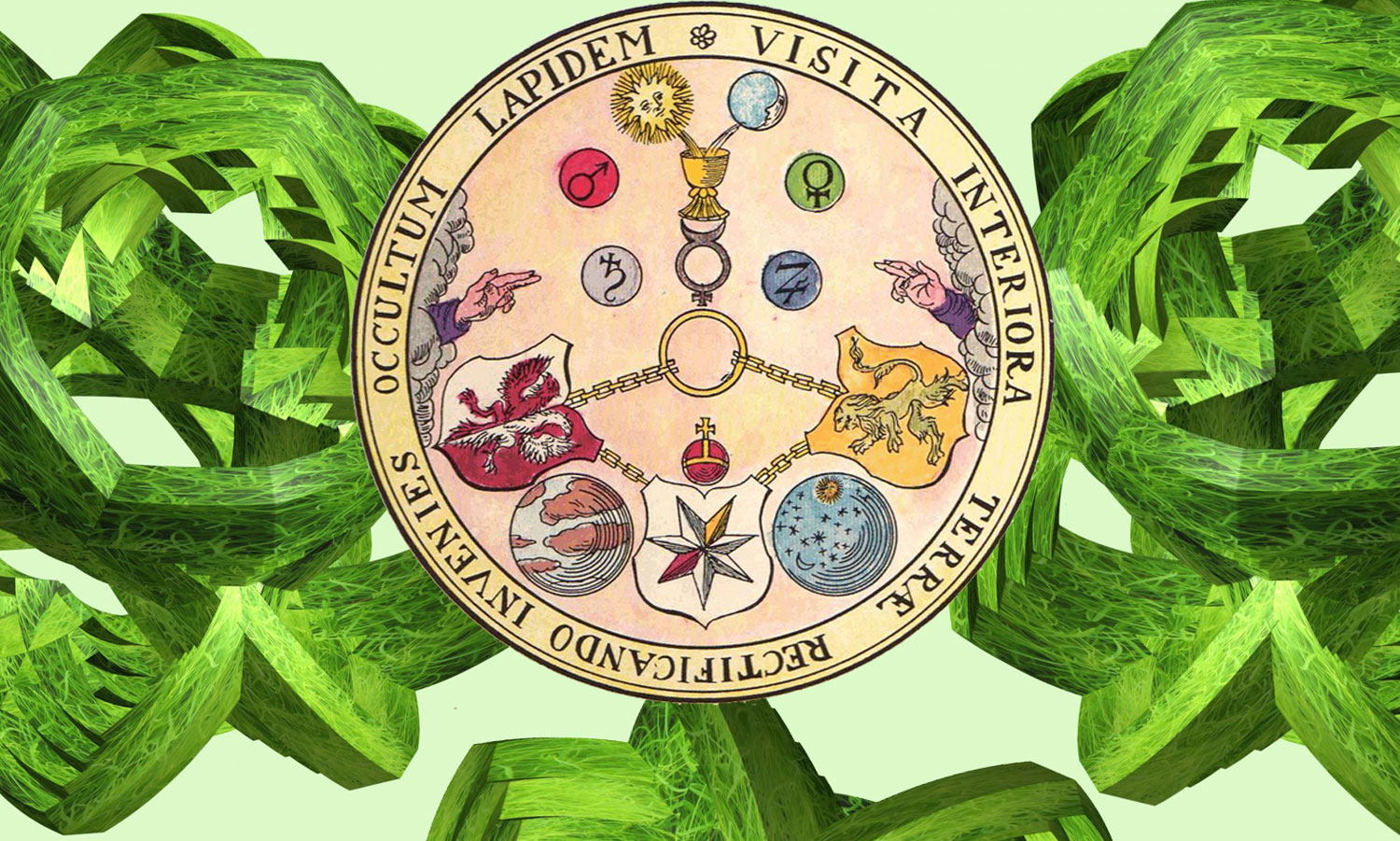 Secrets of Hermes written in these words on the emerald tablet found in his hands in a dark cave where his dead body was discovered.

When I entered into the cave, I received the tablet zaradi, which was inscribed, from between the hands of Hermes, in which I discovered these words:

True, without falsehood, certain, most true.

What is above is like what is below, and what is below is like that which is above. To make the miracles of one only thing

And as all things were made from contemplation of one: so all things have their birth from this one thing by adaptation.

The wind carried it in its womb, the earth breast fed it.

It is the father of all ‘works of wonder’ (Telesmi) in the world.

Its power is complete (integra).

If cast to (turned towards- versa fuerit) earth,
it will separate earth from fire, the subtile from the gross.

With great capacity it ascends from earth to heaven. Again it descends to earth, and takes back the power of the above and the below.

Thus you will receive the glory of the distinctiveness of the world. All obscurity will flee from you.

This is the whole most strong strength of all strength, for it overcomes all subtle things, and penetrates all solid things.

Thus was the world created.

From this comes marvelous adaptions of which this is the proceedure.
Therefore I am called Hermes, because I have three parts of the wisdom of the whole world. 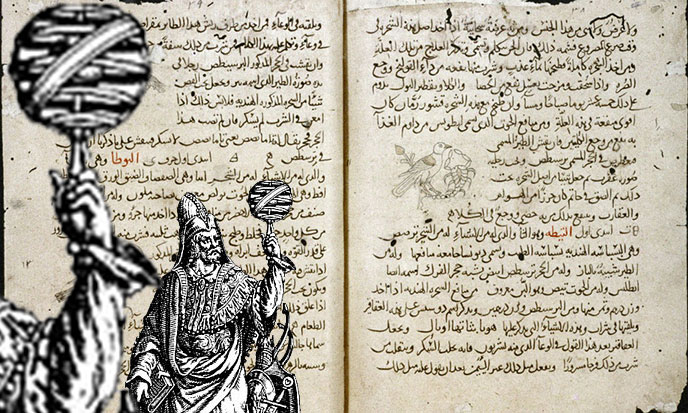 Hermes Trismegistus (Old Greek Ἑρμῆς ὁ Τρισμέγιστος) is a mythical character of the Greco-Egyptian Antiquity, who has been assigned a set of texts called Hermetica, the most famous are the Corpus Hermeticum, a collection of mystical-philosophical treatises, and the emerald Tablet. Hermeticists, which owe their name, and alchemists claim him. (source)
His divine character, designed by the Greeks, was inspired by the secretary of the Egyptian gods, Thoth, who helped Isis to regroup Osiris murdered by his brother Seth. Hermes Thoth is the undisputed master of magic, to the point that we have been taken for the inventor of this discipline.
If this is the case, Thoth was to be a reptile, not a human. Otherwise it would have been human. Reptilians are the ancient masters of the operative magic. They passed their knowledge to women, the Matriarchs, the Druidesses, the Amazons were the first occupants of this planet. Women Sapiens were “created” by biotechnologists reptilian long before Homo sapiens, as I you told. 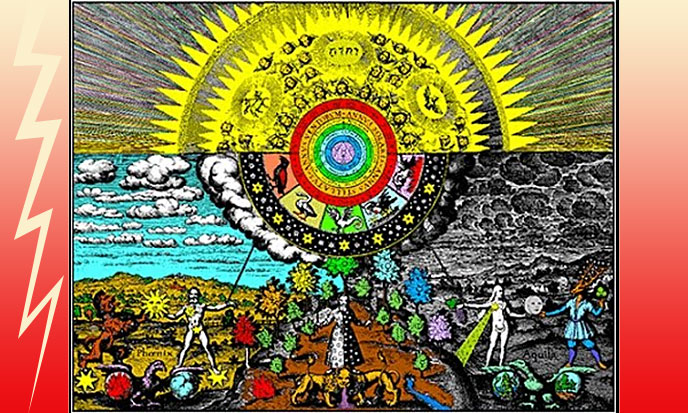 “Within the primordial ocean appeared the land mass. On it, the Eight came into existence. They did show a lotus which came Ra, likened to Shou. Then there came a lotus bud where a dwarf emerged, Women’s Auxiliary necessary that Ra saw and desired. From their union was born Thot who created the world through the Word.”
Assume Thot is reptilian, and male. It is said that the Egyptian tradition, which does not make a reptile, but an ibis or a baboon, depending.
“Represented as an ibis white plumage and black or as a hamadryas baboon, Thoth captures the light of the moon, which governs the cycles to the point that he was nicknamed” the lord of time. “In the tomb of Thutmose III, preceded nine baboons twelve snakes welcome the Sun represented as a scarab in a boat.
When represented as a baboon, it is also the rising Sun (fresco of baboons in temples or on the base of the statues). Baboons are accustomed to roar at dawn, just before sunrise; This habit earned them to be associated with the solar rebirth because they acclamaient to the star appeared.” (source) 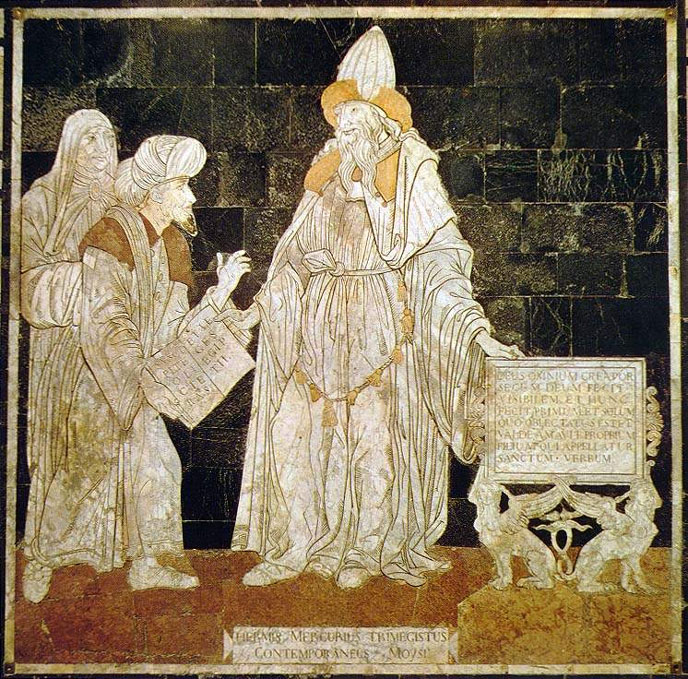 Thot son of the Sun has been likened to Apollo by the Romans. Indeed, Apollo is also Son of the Sun, like Lugh the Hyperborean. Was he really a son of Ra? This is quite impossible. Ra is not a humanoid god, he is a principle, a luminous entity: Ra is the name that the ancient Egyptians gave to the sun, our star.
That is why they named this planet Terra, TER RA, the third planet of Ra system. Terra is not a name, rather GPS coordinates.
To me, Son of the Sun is a title that probably indicates a divine origin, but surely that the wearer was awakened by lightning, fire from heaven in the form of balls of lightning that illuminated a sun in the person.
So we have a new composite god, Lugh Apollo Thoth Hermes, initiated by lightning, hyperborean origin, who is probably no more Egyptian than Celtic or Greek. He came from the stars, he came down from the sky on his sleigh, he gave his bright gifts to all children of the world, and then he went back home, out there in the stars, chilly hugging the skirts of his red and white coat.
That’s why good old Santa Klaus, is the son of the Sun and of Coca Cola.