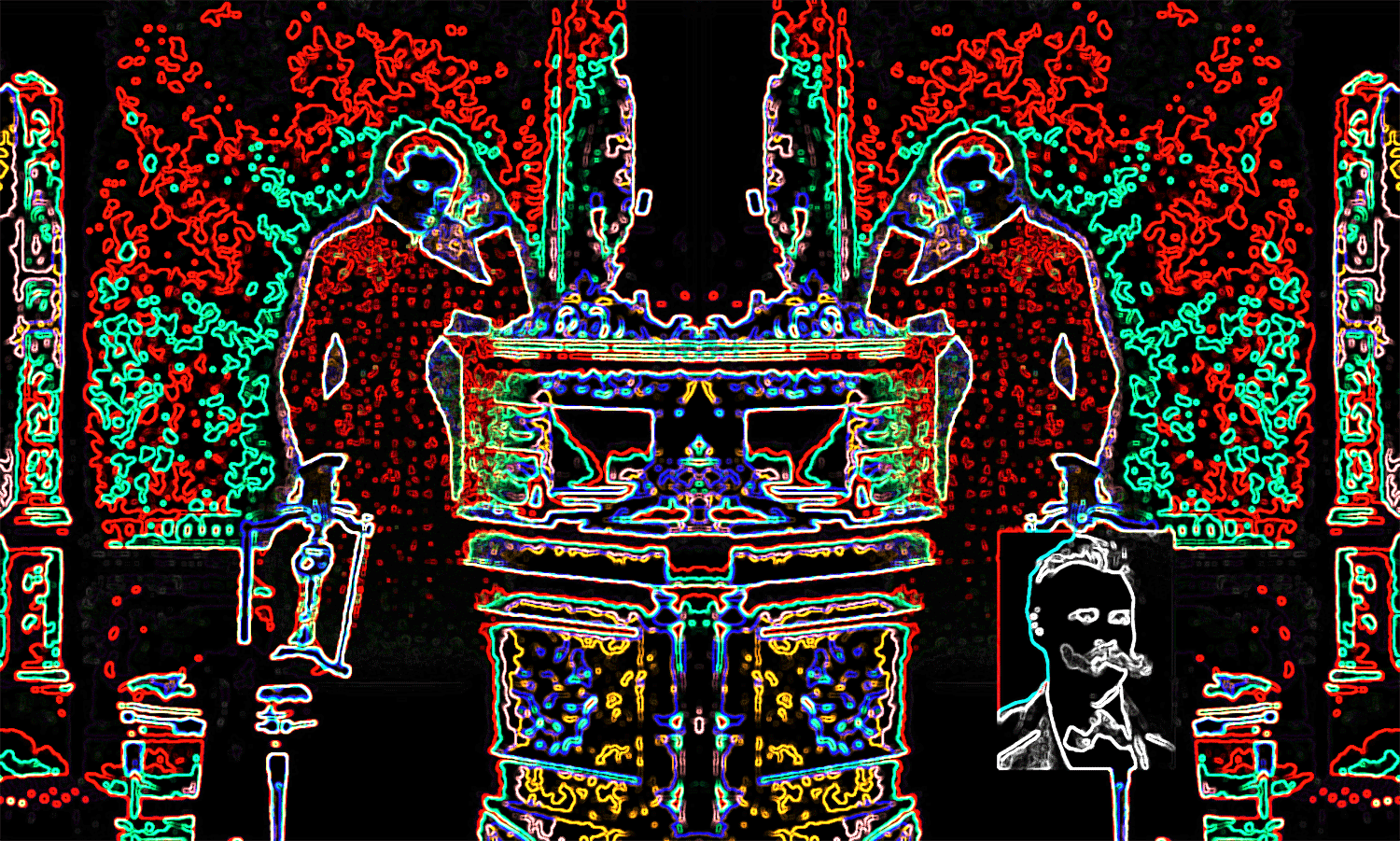 “Thus spoke Zarathustra. And at that time he was staying in the city called: The Multicolored Cow.” Strange as it may seem, this is how Friedrich Nietzsche ends the chapter The Three Metamorphoses of the Spirit in his eponymous masterpiece, Thus Spoke Zarathustra. He doesn’t say more, which always frustrated me. So I went to see him where he is.

To my surprise, I found Nietzsche in intimate conversation with a woman. And not just any. A lady of high race, who adopts boyish attitudes and affects a total lack of morals. Nietzsche calls her Chère Lou. In French without accent. Or other times Cara Salomé in perfect Italian. His latest book, Thus Spoke Zarathustra, has just been published. The author is tense. The book is on Cara Lou‘s lap, she’s pouting.

– Damn it! She doesn’t like my book! Have she read it? What the hell!! Nietzsche said in German and to himself, since he spoke many languages. After a silence that seems like an eternity, the fair lady holds up the book and exclaims: Frédéric my friend, I have just finished reading your best book!

Relief! He chuckles like a simpleton. She loved ! His opinion is very important to Nietzsche. He had met her two years earlier in Saint Peter’s in Rome, immediately loved her, even if their relationship remained platonic.

– Very beautiful book, so pure! So big! So high, Frédéric … Oh but … Why give the City this bestial name?
– The Multicolored Cow? Such is the name, answers Nietzsche shutting down. I saw it, I read it, I heard it. I suppose I knew it ever.
– That grotesque name? Such foolishness cannot be. It is unworthy.
– It is by no means grotesque, by no means modest. The glory of this brilliant city shone all over the Earth. For 30 centuries, with each new moon, its famous parade of the 80 sacred heifers reproduced the miracle of the 80 Original Cows. This is why the City is called so. Its name is illustrious, the noblest of all titles. You are like all those of this century, my tender beloved. Forgetting has put you all to sleep. One day I’ll tell you this story.

– Friedrich, mein liebe, don’t be ugly boy. Speak. Tell us about this incredible thing that you are dying to tell me and that I am dying to hear. 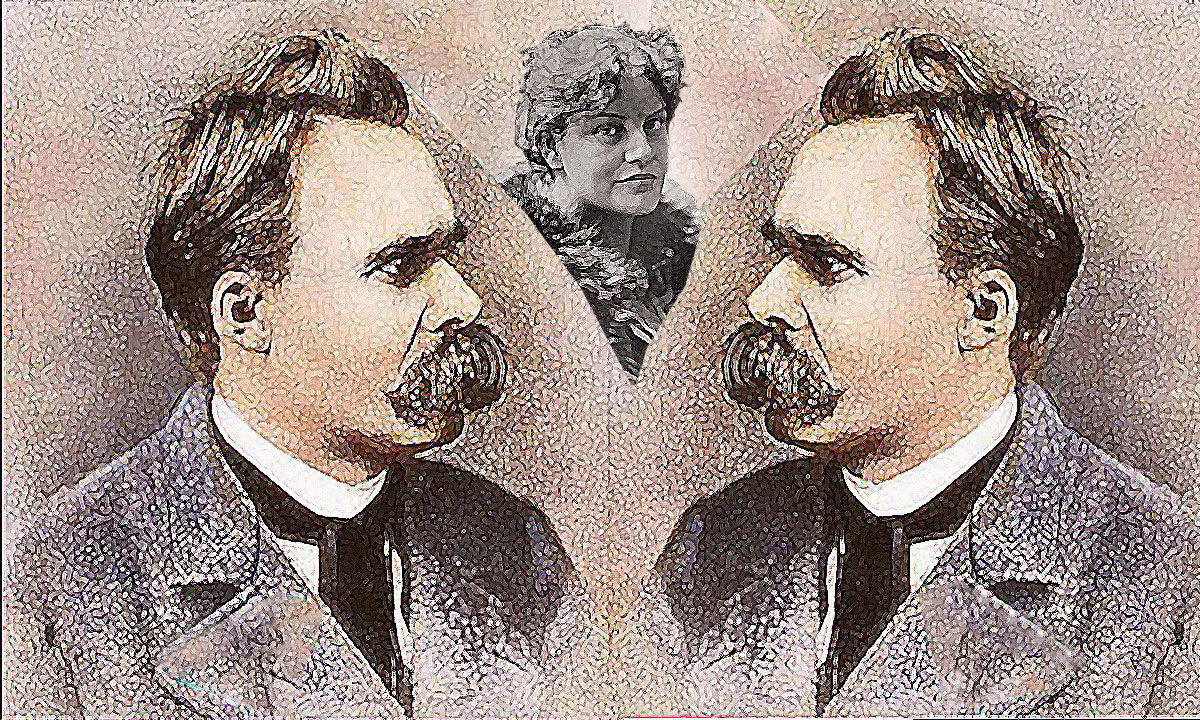 Ma Lou, I am talking to you about a time that those under 500,000 years old cannot know. The first metropolis of humans was built by the gods. The ruins are known by their Greek name: Persepolis. But long before the Greeks and Romans, The Multicolored Cow attracted crowds of pilgrims. They flowed from all provinces, all states, two worlds and ten continents. Each year more numerous, they pushed the walls of the city and built guest houses. Trade flourished. Without the pilgrims, the City would have collapsed. And without the sacred cows, the pilgrims would not come.

For ten centuries, the temple of the 80 heifers attracted crowds from both worlds and even from the far reaches. Travelers from Alcor or Orion willingly went there to contemplate these divine animals. Their beauty, their nobility, the haughty bearing of their head, the lovely contoured horns, the fine black hoof, the gold-colored dress, the downy, silky hair, nothing in their appearance that does not arouse admiration and enthusiasm.

Of course, the heifers were regularly replaced. Every three years, a jury met to elect the new horned princesses. They were brought in exceptional animals from which to choose. The absolute rule was that all 80 beasts had to be golden in hair, but two of them couldn’t be exactly the same shade.

The temple show provided for the horned goddesses to be arranged according to the shade of their dress, so that the suite presents the most subtle, the most sensual, the most sensational gradient. The competition lasted four weeks. It was severe, and the jury implacable. The animals admitted to the temple brought back their weight in gold.

A love of Rama

It is said, believe my Lou, that young Rama went there with his uncle. He was still called Ramos, son of Hyperborea, humble herder. Such a journey far from his Celtic land marked his childhood, and above all the wonderful spectacle of the temple of the golden heifers. Many years later, when Ramos became Rama, he established the cult of the Sacred Cow in India. I am convinced that this decision came from his childhood, in memory of the shepherd he was and the happiness he had in contemplating these sublime animals. 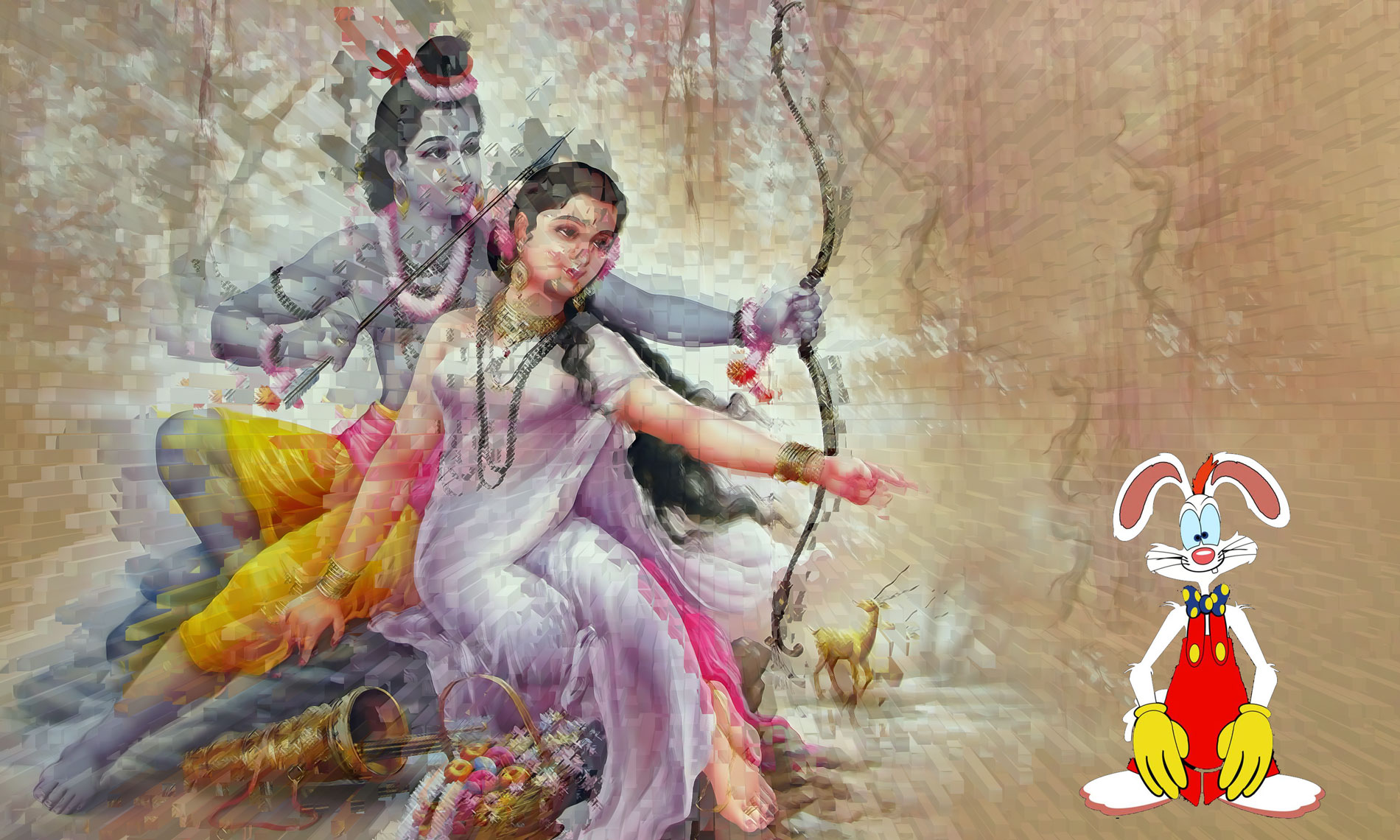 Rama, as you know, became the ruler of the ancient world, the first emperor of mankind. Many other thunders of war claimed to imitate him, Hannibal, Alexander, Caesar, Genghis Khan, Attila, Napoleon and others, even more villainous. They all failed. They lacked the essentials. Leave it in heaven. Rama was a just, sincere and upright man. The conqueror always kept his chivalrous spirit and a deep sense of fairness.

His duties and responsibilities were overwhelming. Millions of human people lived under his banner. The sun never set on his empire. And the Great Sun of Hyperborea provided him with weapons, supersonics, submarines and all kinds of military gadgets which greatly facilitated his conquests.

At that time, the gods walked among men. It was the Age of Heroes, which Hesiod intersects between the Bronze Age and the Iron Age. The Bronze Race is that of our creators, the former gods who measured 4 meters. The race of iron is ours. Between the two, the race of Heroes is the bastard offspring of gods and women, goddesses and men.

Hesiod thus enumerates five successive humanities, and not four, as it is customary to do. I agree with his point of view, in accordance with Asian traditions as well as the teaching of Rama, son of Hyperborea. Rama is a Christ, a real one. Son of God, he came down to earth for the redemption of humankind.

His teaching is found more or less intact in Buddhism, provided you take a little Zen, a little Böns, a little Mahayana and a little Hinayana, seasoning with a good handful of red peppers, and leave bake in the sun of the peaks during a lunation. By that I mean that all the original salt of the lessons given by Rama the Prince Charming is today diluted, betrayed, masked, occulted, concealed, twisted, warped, veiled, fucked up, screwed up. There is only one solution: go back and taste it at the source. What I have done.

But what is his noblest and most sensible teaching? The four colleges? Believe without believing it? The Yi-King? Gender equality? Respect for the elders? Confidence in youth? Yes, he brought us all of this, and many other wonders. Many, alas, have been lost since that age. We will come back to it, you tell me, when we are tired of being idiots.

You are not there, Lou Salomé, but you are burning. His most beautiful lesson is to have honored the Cow forever. To have made it Sacred. Divine. Hallowed forever. Praised be you without end, you our second mother, O daughter of the auroch! Blessed be your nourishing milk, O Goddess Hathor, O Astarte, O Sacred Cow, O Mother Goddess! O White Buffalo Woman! 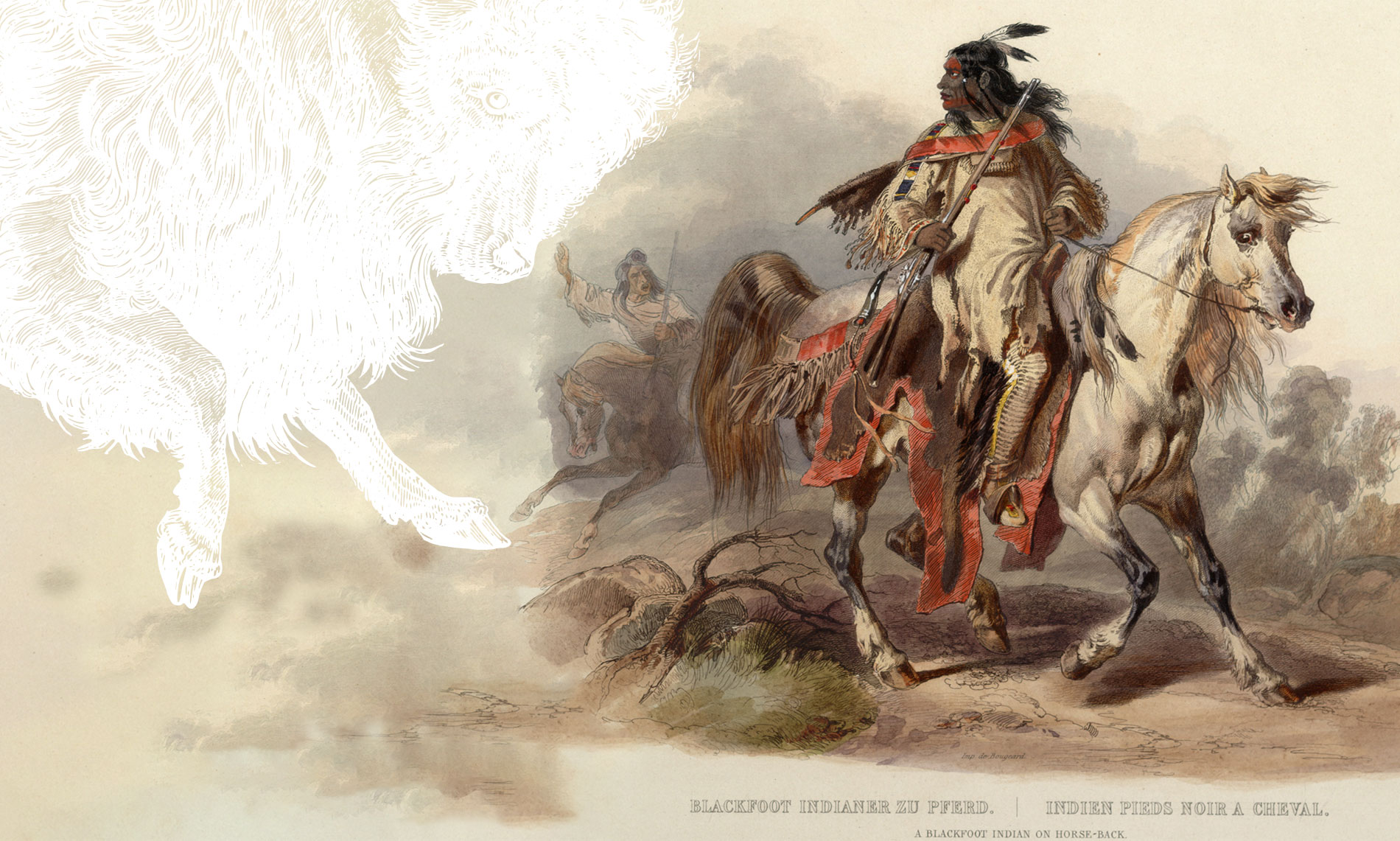