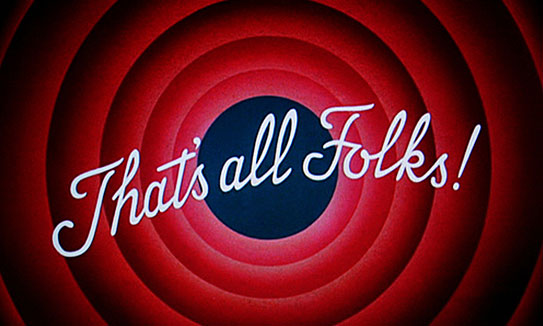 We hear from time to time that the end of time is near. The Maya would have engraved it in a calendar they no longer even can read themselves. And sure enough, once again the end of the world has been postponed.

It is easier to sell fear than to give hope, and all charlantans unfortunately know it. Endlessly unscrupulous people reinforce our weaknesses. We all like frightening ourselves: the more you play, the more they use it. In their top-ten, the end of the world has always the best place. When will these crooks stop annoying us? Once we’ll stop believing them. We confuse everything, zodiacal eras with the four ages, the end of ages with the end of the world. A change of age is not the end of the world. The end of time, yes, maybe. But it is very different.

If time stops, that does not mean life will stop. On astral plan, there is no time. Neither in our dreams. Time is just an optional prison. The instantaneous eternity. Hmmmm!

The transition between ages is marked by disasters, but a change of cycle implies almost the whole destruction of mankind. Almost is not all. Despite a lot of disasters whiwh we went through, our species survived. How could disappear so many species while ours, subject to the same uncertainties, is still going strong? Relying on hidden sources, the esoteric tradition affirms that humankind cannot be reduced below an incompressible threshold of 8 %.

Although it seems unrelated, epidemiologists know that the worst pandemics have no effect on a certain amount of people: 8 % too. It is all as if we were protected. It is all as if benevolent beings were constantly keeping an eye on us. Once the Earth opens up, another time the sea engulfs it, or the ice, or the fire, and Man, despite the millions of dead men, still follows his way. The scenario of the global cataclysms is running well. It seems immutable.

The survivors, after a return to barbarity, enjoy an upturn of life which hoists them on the podium of a new golden age. And then starts the long decline, silver, bronze, and iron again. We can neatly see here the symbolism of the Greek frieze. And what happens to individuals can also be seen on a collective plan. The new emerging mankind has very few memories of the precedent one. From age to age, everything must be started again. Why should this stop one day?

“Perhaps there were several big bangs forming different universes. So the history would not start with the usual “In the beginning“, but with a more modest “At a beginning”, which is a translation as exact as ours, of the word “Bereshit“, the first word of the Bible. Or else could we say “At our beginning“.”  (source)Nancy Abrams, Cosmic Fate We are just one of the many mankinds that have succeeded one another since the dawn of the world. Each one has its chance, its greatness, and its end.

What does the end of ages mean? What ages are we talking about? On this point, different traditions collide, each with its own vision. All visions are equivalent, but most of the dates are  wrong.The best clairvoyant cannot be sure of any date, it is a big problem with vision… Scheduled events do not always occur. To the doomsayers who proclaim the end of time, we will respond it is just the end of a halftime.

The life of mankinds looks like each of our lives, from the childhood’s golden age to the oldness’ iron age … As the life of civilizations, our personal life is not the story of a progress, but of a decline. A man spent his life to regain the lost paradise of childhood. All that awaits him, in reality, is the old man’s senility. And he is not the only one. We usually live the same cycles than our society. Until the acceleration of time, common to old civilizations and old individuals.

How could we believe in the myth of progress? One after another, we grow old, our grave is ready since our baby’s bottle; this is not dark thoughts, but the most trivial reality: nobody knows neither the day nor the hour of his death. But death makes us feel uncomfortable. It is hidden by all possible means. Old men are locked far away from the city centers. Tombstones disappeared as well as carriage entrances, black color is just a stylish color. Death is dead, death is definitely out. Forget it!

Formerly, the hearses were black. They became metallic purple. Soon we will put Gothic magnets on them, until bright colors arrive. Does death provoke fear? Of what? Fear of a possible suffering, yes we can understand that. But fear of death? If there is nothing left, good riddance. And if the story goes on, it is beneficial, isn’t it? The deathreaper can come soon, get ready. Live your life right now; no delay, make your own law, hurry, and never look back.

When we leave this world, when death carries us off, wherever we go, we go there. Like the french president Miterrand, we can believe to the spirit’s survival. Like the Ancients, we can be sure of coming back. « This is just a goodbye, brothers, we will see each other again », was the promise of Merlin. We have already known each other for ages! Our lives fly like the stars through the windows of an ultralum ship. The universe is so small, the infinite takes up in one hand, the eternity opens up every moment.

Hurry up, picnic on the grass, as one day the grass will picnic on you. (Jacques Prévert)