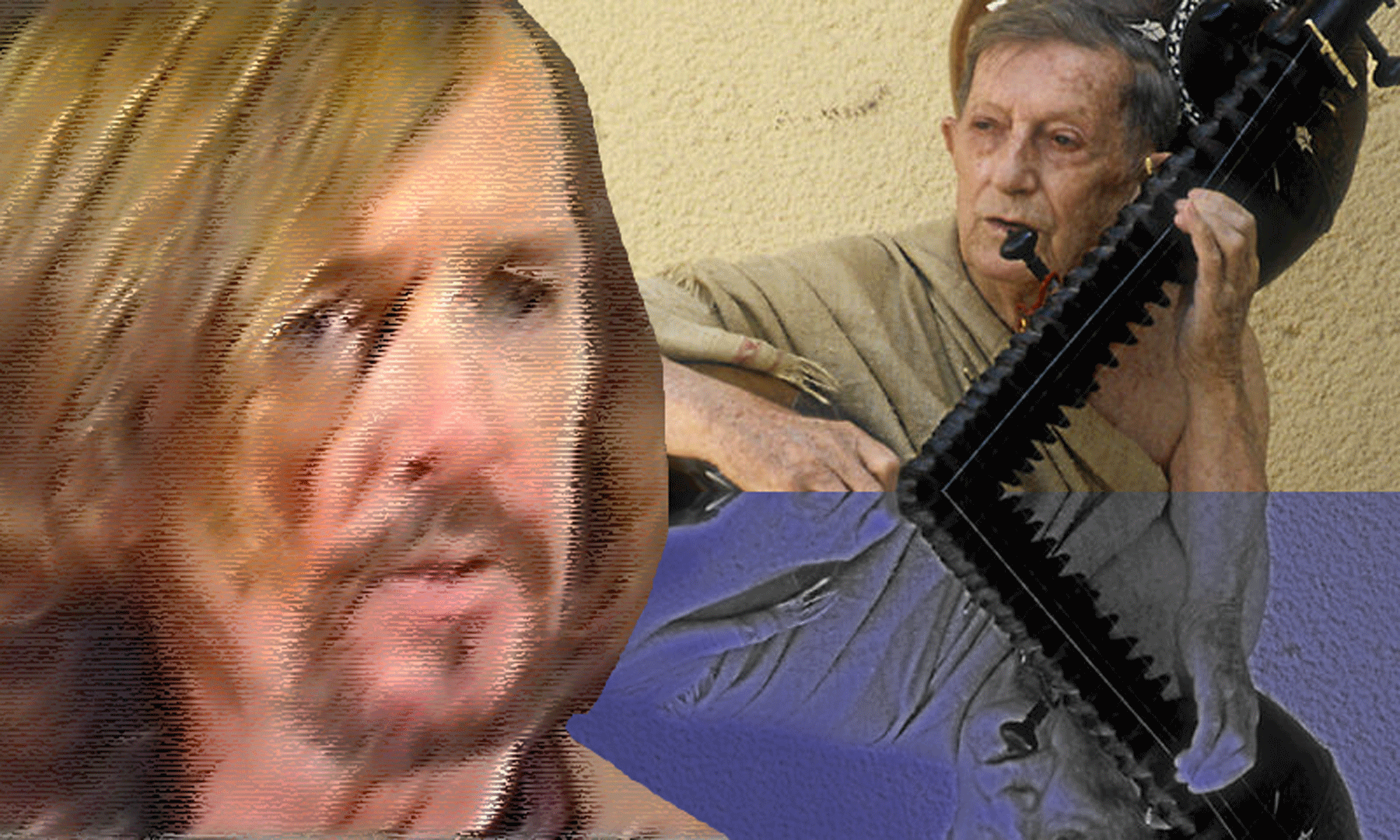 Those who know me know how much I appreciate the Indianist Alain Daniélou. A follower of the old Shaivite religion, he refuses the new tinsel with which one adorns the primordial secrets. He doesn’t mince words, doesn’t beat around the bush. When he finds a fault, he denounces it loudly. He has that in his genes. Too bad for those who are embarrassed.

Over the years, familiarizing himself with all the facets of Indian wisdom, Daniélou was able to extract the inner gold, denouncing the abuses, making fun of the ridiculous, correcting the errors. This guy is a terror. Now he goes after the fake gurus back home, who cook a dirty ratatouille with no taste or flavor that they call yoga. Shame on them! For him, real Yoga has nothing to do with our western pretenses. Without further commenting, see its cleaning. Vibrate, it moves.

“The religions of kali yuga have strived to recover the prestigious methods of Yoga by adapting the teachings and practices to the prejudices of urban cultures. This is how there is a Taoist Yoga, a Buddhist Yoga, a Zen Yoga.” (source)Alain Daniélou, La fantaisie des dieux et l’aventure humaine dans la tradition shivaïte.

We could add Anglican yoga, Catholic yoga, Jewish yoga … False yoga resembles Chinese diaspora cuisine, the taste of which adapts to that of the country. Dangerous practice which diverts from the Way. Never mind. Fans of this bluff stuff aren’t interested in the Way anyway. They’re only looking for self-satisfaction, social valuation – still stuck in ego, whatever.

“Patanjali’s Raja Yoga is an intellectual path and modern Shiva Yoga is reduced to a devotional path based on the veneration of images and the hypnotic repetition of formulas, of Mantra. The followers of these new conceptions of a” civilized “Yoga will oppose the marginal society of wise magicians practicing ancient Hatha Yoga.” (source)Alain Daniélou, La fantaisie des dieux et l’aventure humaine dans la tradition shivaïte.

Yes, in India too the dark ages have rotted everything. Kali Yug ‘is everywhere. More than ever, we must go back to the sources, very high in the Himalayas, in Amarnath, in the cave with the ice lingam, in the paradise where Shiva would have created this magnificent world. All that is too much forgotten. Even if you have Daniélou and Séguin to refresh your memory. For ever, oblivion keeps its memories engraved deep within us … 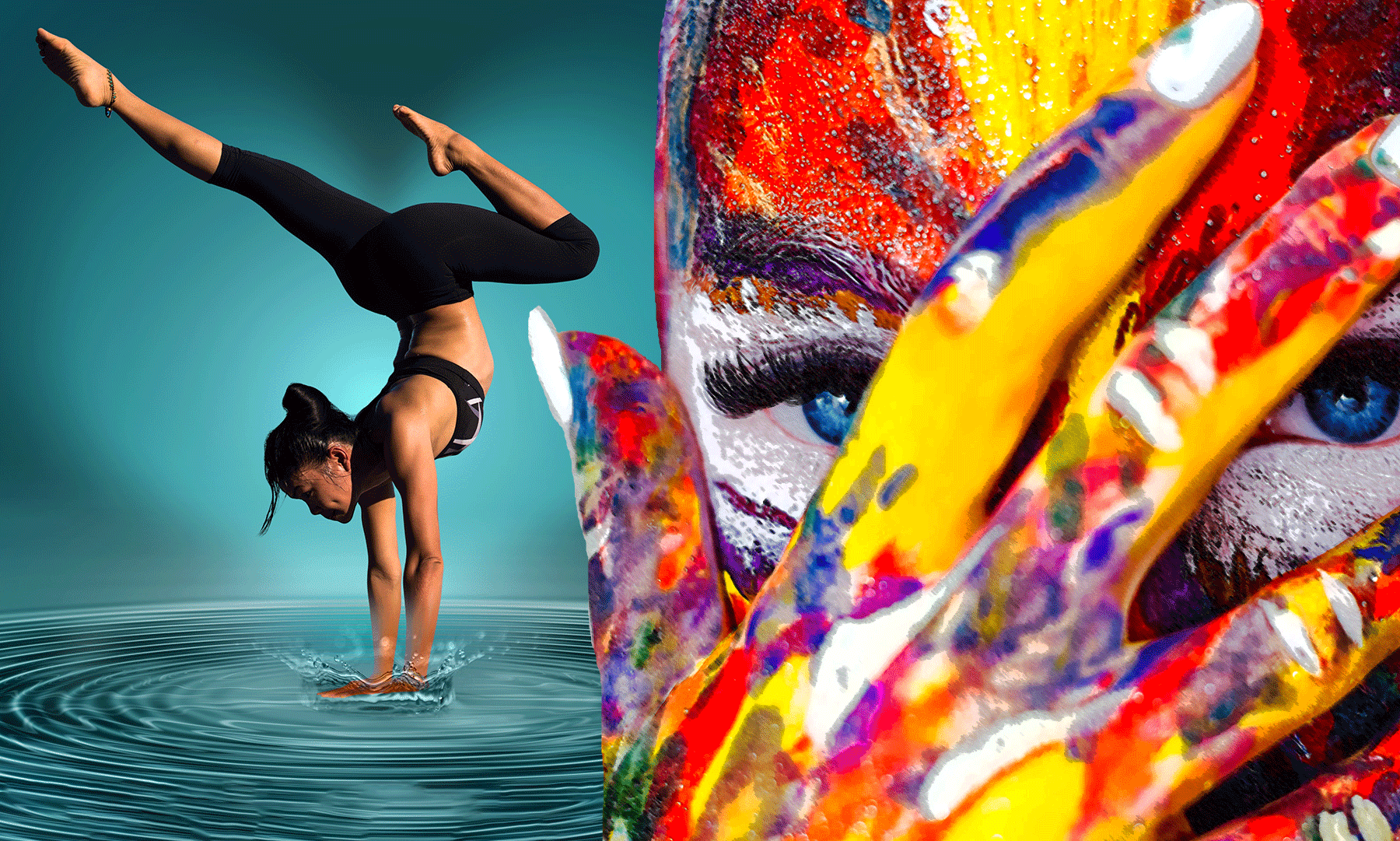 Daniélou cites Thomas Mc Evilley to the rescue: “The whole process of Yoga now appears as a preparation for the purely mentalism of Vedanta.” (source)Mc Evilley, An archeology of Yoga, Res I, p.58 Mentalism is gaining ground everywhere. It encourages the immoderate use of pure reason, disconnected from the living, tragically cut off from the original magic which was the first matrix of actual humanity.

I know an age when all men were shamans, all women were fairies. Will he come back? Yes, I believe so, but not for us. For the next generation. For the sixth humanity. If the fifth didn’t blow everything up before. This humankind has already destroyed so much, starting with yoga. (music)

“The goal is no longer knowledge, the exploration of the secret of the nature of the world and the conquest of heaven, but a negative conception of liberation which is only the destruction of the transmigrant body. The influence of Christian dualism , which separates a soul, easily identified with the ego, from the body will find expression in the spiritualistic conception of aseptic Vedanta and Yoga.” (source)Alain Daniélou, La fantaisie des dieux et l’aventure humaine dans la tradition shivaïte.

Sanitized, like all traditional teaching and the ancient practices of awakening. Emasculated, excised, eviscerated, such is the sad fate of ancient treasures. They are immaterial, therefore disfigured by this material era. Nothing other than matter has the right of citizenship. Even spirituality stinks of matter and its corollary, mentalism.

We stink of the head. (Lao Surlam)

The torch of tradition

Daniélou died in 1994. Flornoy died in 2011. Mc Evilley died in 2013. Devictor died in 2019. Soon the last witnesses of the tradition will have left this plan. Wham ! Get out ! Who will take over? One of my readers, maybe. This is why I have to write, transmit a lot, in the fog, like throwing a bottle into the sea. (music?)

In modern times, Svami Vivekananda,founder of the Order of Ramakrishna at the end of the 19th century, was particularly active in the propagation of a theory of Yoga and Vedanta adapted to the prejudices of Anglo-Saxon Puritanism. He will be followed in this direction by Aurobindo and other recent commentators on Hinduism, writing mostly in the English language. 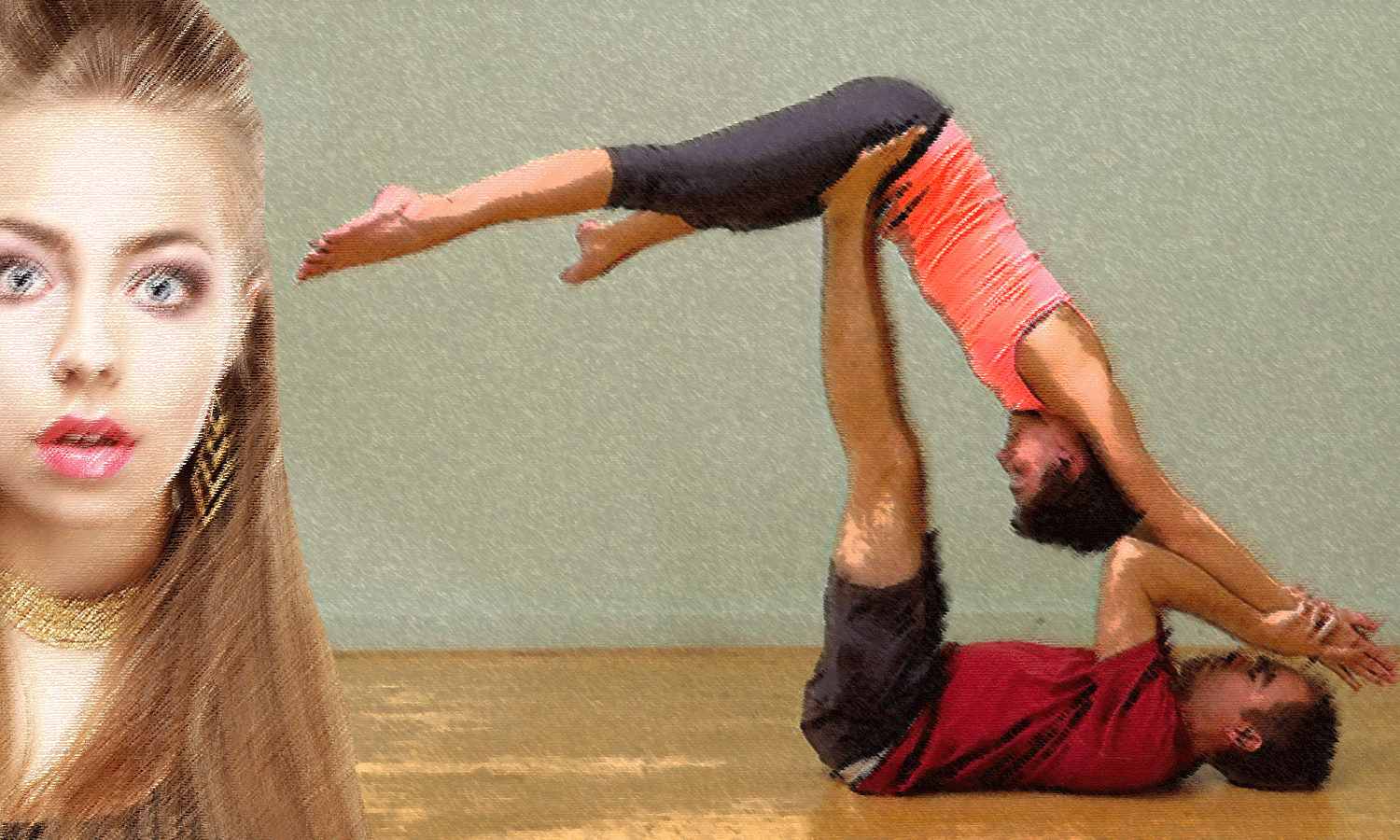 Symbolism is what remains when you have forgotten everything. This means that it is gaining ground. Daniélou published this book in 1985. Since then, the situation has deteriorated considerably. I heard a practitioner of French Tantrism (?) tell me without laughing that, in Tantrism, there is no sexuality. Kind of joke? No way. She was fucking serious. And nobody else …

Century of ignorance and stupidity. I guess the brilliant adapters of Tantrism, to spare Western prejudices, had to replace the intense and deep sexuality that characterizes this practice by – say, by a bunch of symbolic bullshit, to be polite. A big pile of undrinkable nonsense whose sole purpose seems to be to ridicule the previous practices of the interior life. The fake gurus who orchestrate this mutation will not come out of it growing up. They are already so tiny!

“Words such as spirituality, transcendental meditation, liberation, etc. remain vague and often meaningless, because the principle which dreams the world is beyond all creation, it is in any case unknowable, unattainable.
On the other hand, the intermediate powers are multiple, very diverse and very defined. The world of the gods is part of the created, it is not in its essence different from the world of men. It is only on another level of reality.

Daniélou adds that there are ways to “make contact, to communicate with characters from the celestial world” (source)Alain Daniélou, La fantaisie des dieux et l’aventure humaine dans la tradition shivaïte. But I do not encourage these practices right now when very fake ass egregores are masquerading as whoever you want. This is why I wrote, some time ago, an article entitled: No Invocation.

The author concludes by recalling the old techniques which make it possible “to control the nature of the invisible forces with which certain practices make it possible to make contact.” Ambitious project, but achievable.

Control invisible forces. This quest started at the beginning of my life, still in my childhood. Now I feel ready to pass on some snippets of the know-how that I have acquired during a long life of practice and remarkable encounters.

I would like to create a new kind of scalar group, which would practice action at a distance through conscious astral travel, when consciousness moves and acts outside the body.

The goal would be to experience body exits, astral encounters, control of invisible forces, and several other paranormal phenomena – while waiting for them to become normal, which is sure to happen.

A future article will detail this project, with the keen desire that many participants be motivated for this adventure of a singular kind, which can help us to take a great step in the realization of ourselves.

Those interested can already make themselves known by clicking on CONTACT at the bottom of the page. 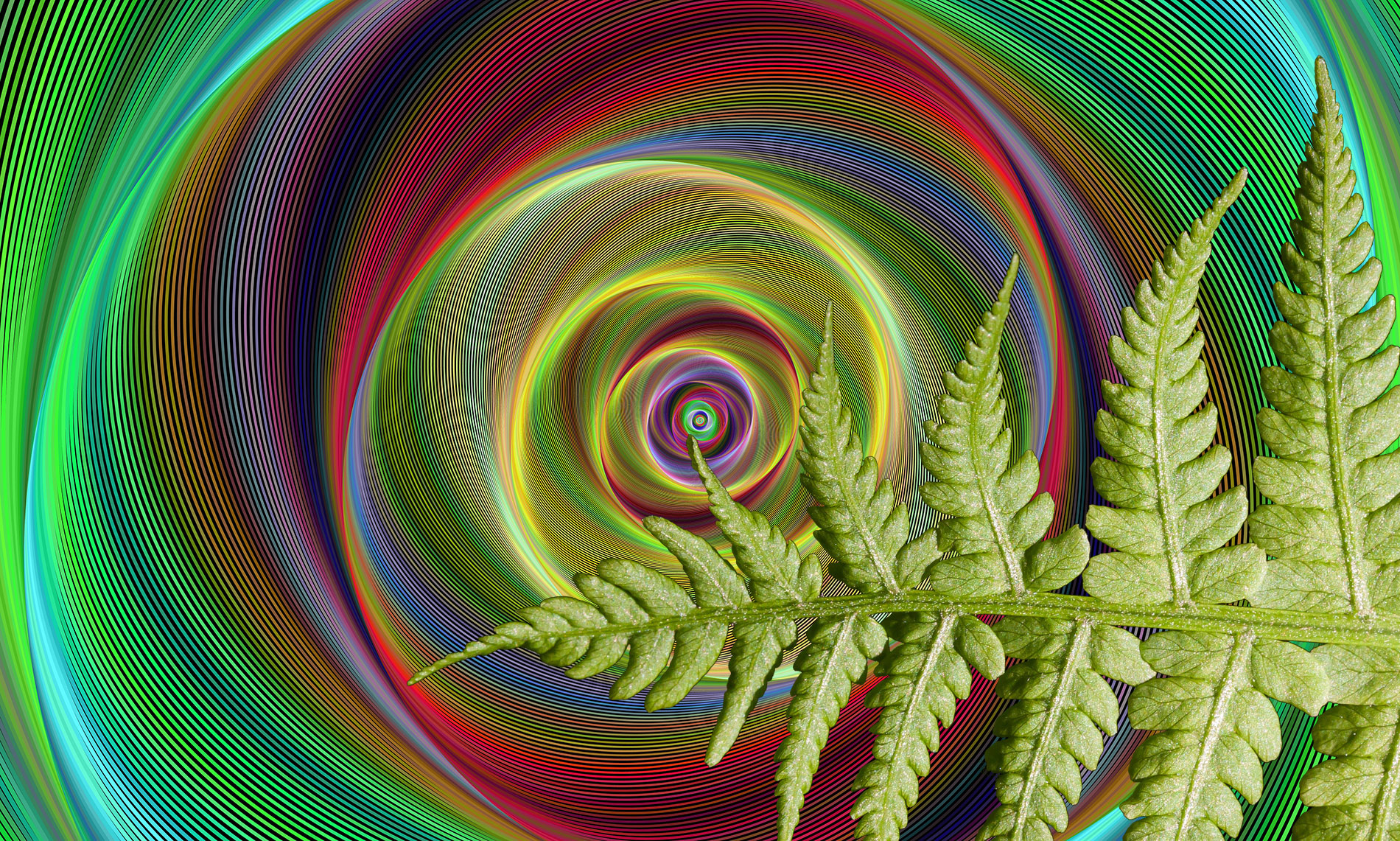 A man does his duty – in spite of personal consequences, in spite of obstacles and dangers and pressures – and that is the basis of all human morality.