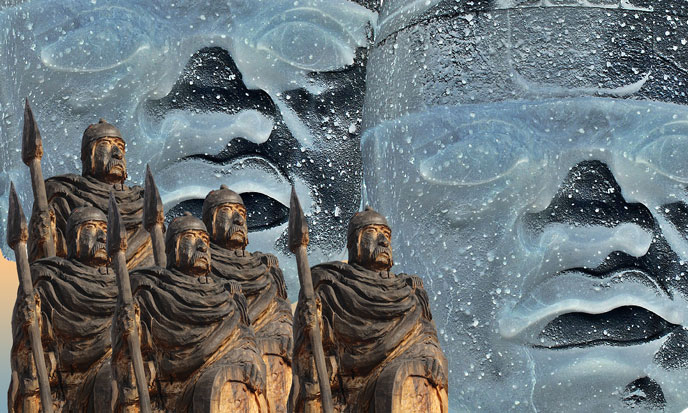 My readers are used to shocks, some of them ask for more, but in this case, it is too much. The first Celts and Vikings were Blacks. Yes, you read correctly. In any case, it is an American, Dr Clyde Winters, who affirms it. In a short article, well documented, the good doctor aligns proofs that will shake the skeptics. Just have a look.

The ancient Celts and Vikings were Black people

The Celts were originally Black people. Ephorus –c. 405BC– claimed that the Celts were Blacks or Ethiopians. (source)William and Robert Chambers, Chambers Information for the people, Vol. 2 ,(London & Ediburgh,1884) p.66  The Celts continued to be recognized as Blacks by Tacitus, who wrote about the Black Celts and Picts in 80 AD. (source)J.A. Rogers, Sex and race, Vol.1 (New York, 1967) p.196

The Celts on the mainland of Europe were called Iberians or Silures. (source)J.A. Rogers, Sex and race, Vol.1 (New York, 1967) p.196 Though the original Celts were Black, overtime their name was stolen by Europeans. Father O’Growney has discussed the history of the Celts. He makes it clear that the original Celts were the Iberians. (source)Father O’Growney, The Celts, American Ecclesiastical Review, (1901) pp.350-359.

The Ligurians/Celts were conquered by the Gaulish speaking people. The Gauls conqered the Ligurians and pushed them into Spain. It was these Gauls who imposed their language on the Iberian and Ligurian Celts .

The Germans conquered the Gaulish-Celts, and Gaulish disappeared around 4th Century AD.

All of the Black Celts in Britain were not erased by the Gauls.

This is supported by the Ivory Lady of York ,England. The reconstruction of the face of the Ivory Bangle Lady (c.350AD) indicates that she was African or Black.

This woman was rich and indicates the African type common to the Bristish Isles.She was highly respected by her white subjects.

The original Danes or Vikings were Blacks. (source)W.B., The Doctrine of Celtism, Notes and Queries, (1871) 7: p.8 This is made clear in the Oseberg 8th Century Vikings on the Norway Sledge carving of the Black seafarers that populated the region at this time. It is clear from this carving that the 8th Century Vikings were different from the Blond, big bodied folk of Viking legends. (source)

The blond Vikings, the red Gauls, Asterix, Obelix, Panoramix, all is trix?! Definitely not. There is no conspiracy in it, just an omission. A big size one. A gigantic forgetfulness that threw a veil, long ago, on our true past.

Since the colonial and racialist France forced the unfortunate Africans to repeat “our ancestors the Gauls”, at long least, it comes to be true! The Celts were black! Jules Ferry must turn to his grave.

All black. Magnificent Africans, who had come from the Iberian peninsula, had gradually colonized all Europe, as far as the Urals. We already find this assertion in the writings of Fabre d’Olivet. For him, Central Europe was populated by Blacks, skilled in the handling of large javelins, as those white Gauls later used.

The next thing is that at some point – which one? – the Blacks were dominated by white invaders with blond or red hair. The Black Celts have given way to the Gauls, who had white skin. (source)Philosophical history of the human race, by Fabre d’Olivet (1767 – 1825)

The first Celts and Vikings were Blacks, says Dr. Winters. The first Homo Sapiens were Africans, yes or no? Lucy, Toumaï, the first women were black skinned. “I am black and yet beautiful,” said the Queen of Sheba – or rather the racialist and racist translation of the Jerusalem Bible. That terrible and yet !! Heavy with the contempt of the dominant race, the white.

Hey my friends, calm down! The dominant race today is yellow. And before the white, the first dominant race was the black race. The first humans were black, the Sphinx of Giza has the face of a black Pharaoh.

Egypt represents the meeting place of white and black peoples. Their union was sacred in the double crown of the pharaoh. Like its model, Atlantis. Amenta, the land of the dead to the west, is the distorted memory of the island engulfed. The island of the gods that disappeared in the space of a terrible night, the night of the great deluge.

Atlantis was populated by whites and blacks. Hyperborea too. These giant spaceships were divided into four islands, four continents each populated by a different race. In the center was a mountain, Olympus, where the masters of the gods lived, with blue skin. The Olympians, whom the Bible calls the Elohim.

The blue race has completely disappeared, but the memory has remained in Egypt and India. Osiris had blue skin. His life and that of Jesus have some points in common. Krishna also had blue skin. He was beautiful, seductive, no woman resists him. As a child, he was already very cute, with his enchanted flute, his velvety eyes and his smile to fall to the ground. Osiris and Krishna are gods, derived from the terraformers of Hyperborea, like Rama and many others. 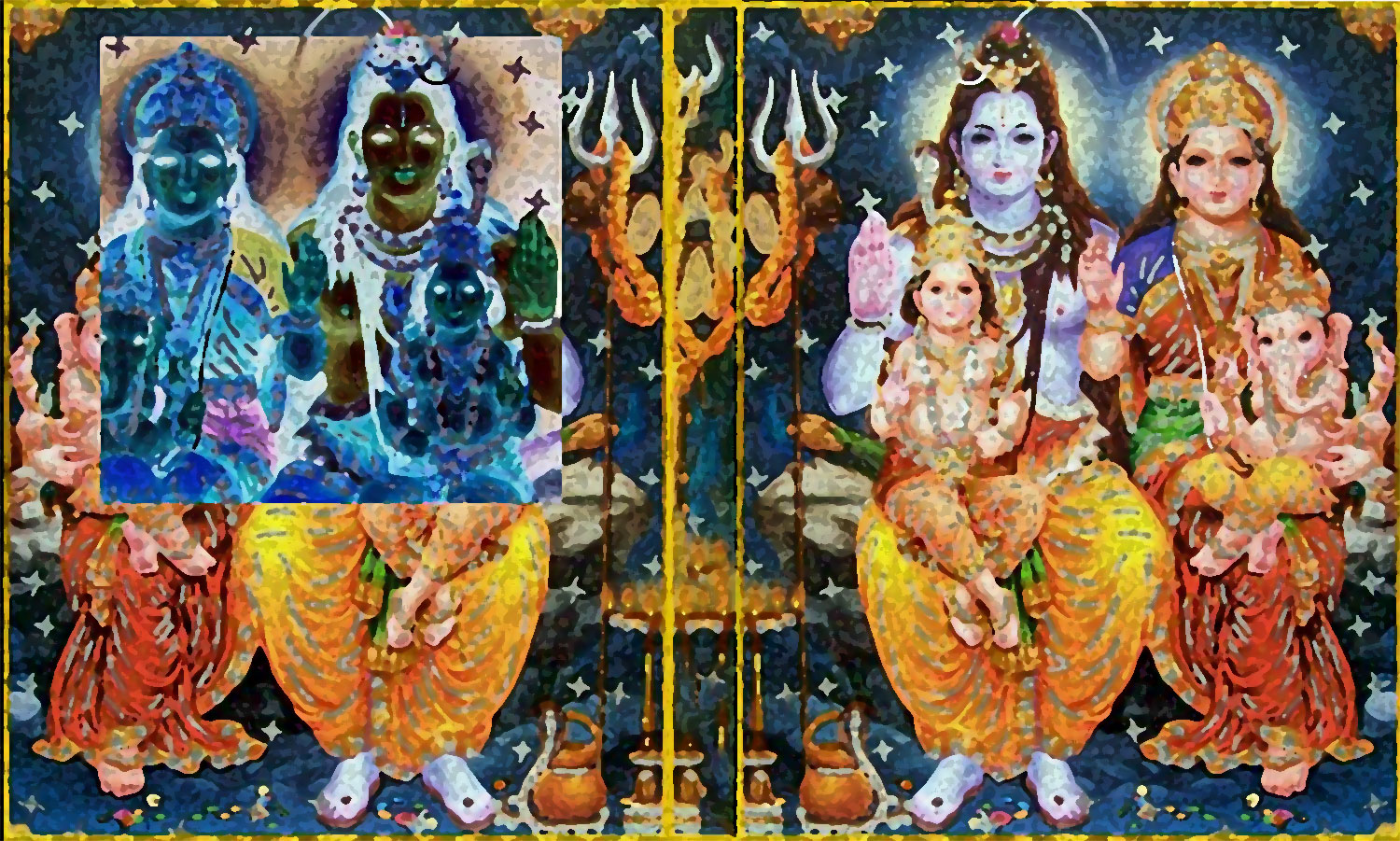 Each race had its hour of glory, but every hour lasted for centuries. The wheel spins. To everything, there is is a time. The white supremacists would do well to remember. All supremacy has but one time.

From the height of your glory, you despise those from below? What is above is like what is below. Hate will pass. Nothing lasts except unconditionnal love. Wisdom is to love without judging. Empty head, wide open heart.