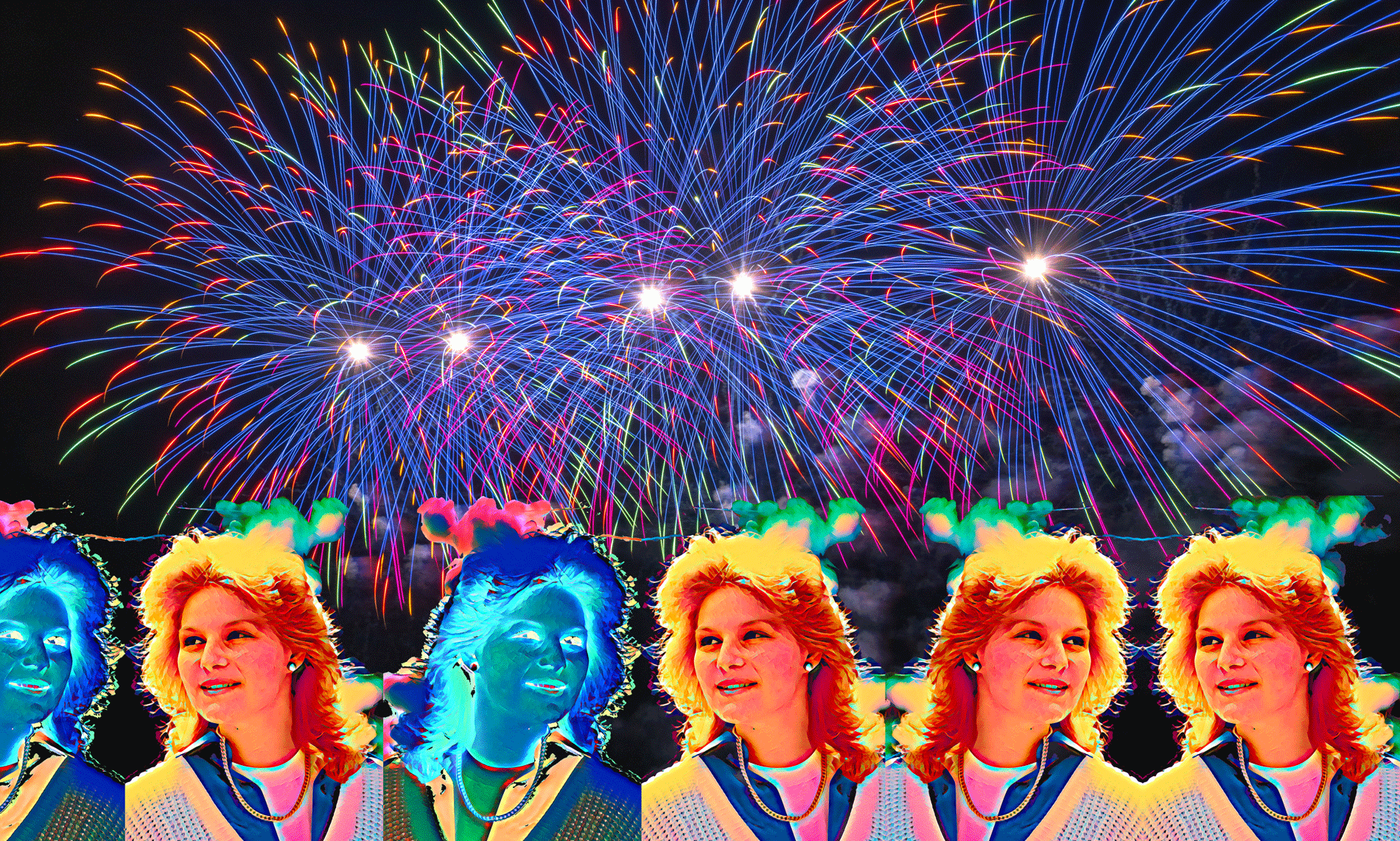 The search for intensity is the most widespread quest in all human societies, in most individuals. Quick, something to happen, good or bad, what does it matter? As long as it breaks the monotony, take it and run.

Always and at all costs, obtain more emotional, sensory, sentimental intensity. The adrenaline of the sportsman, the high of the junkie, the excitement of the merchant, the euphoria of the trader, the jubilation of the actor, and for the little ones the football match on TV and the Saturday night drunk. Which remains universal and hopeless intensity for all those who toil without passion on a fragmented, abstract work, which most of the time they understand nothing.

Accelerated dehumanization makes all tasks the same. the computer is god, in its many forms it reigns over the land of men. We see the era of droids coming, when the intelligent machine decides to eliminate biological beings and their limited intelligence, their fragile bodies, their costly maintenance. 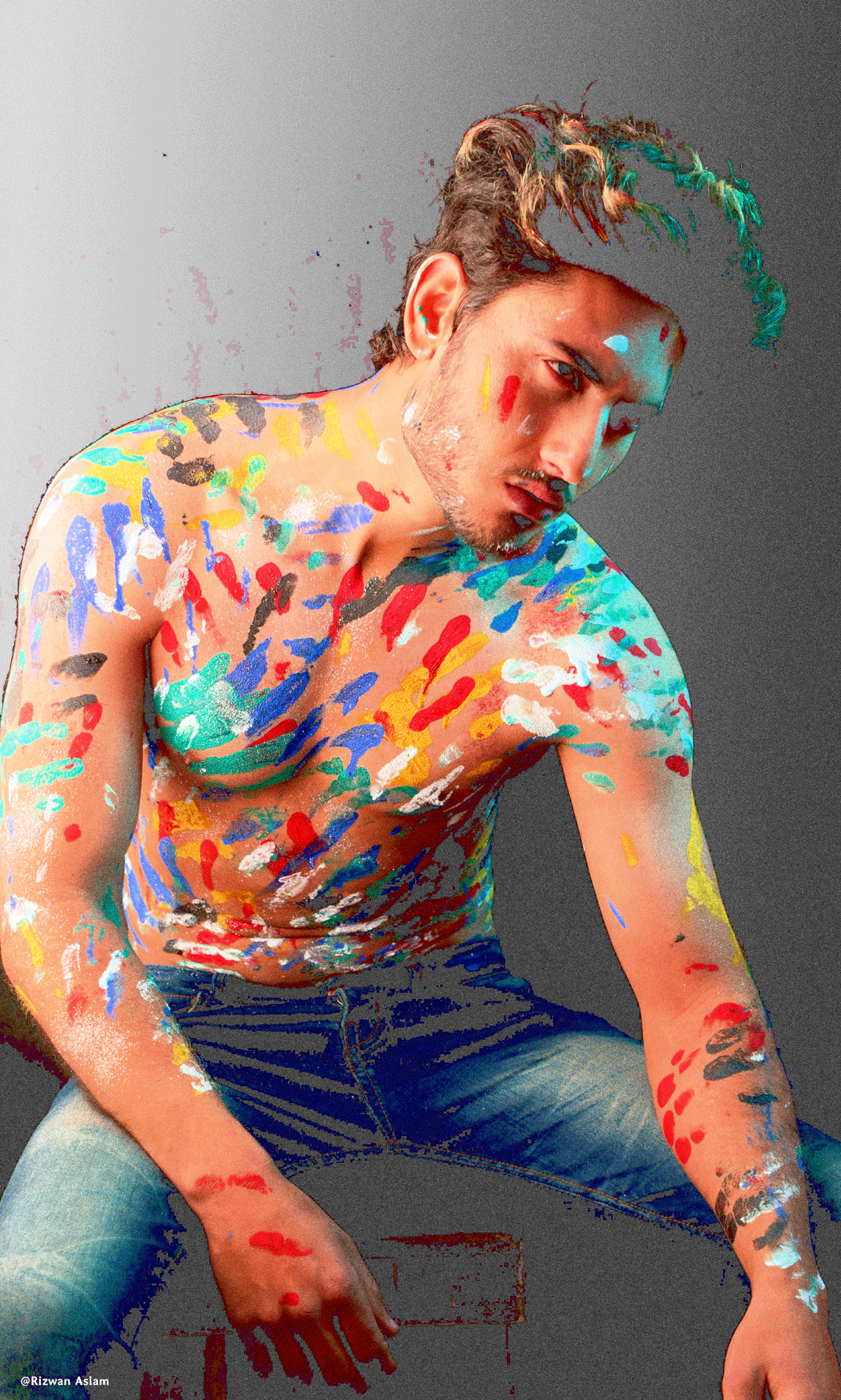 It is the search for intensity through sensations. We use one or the other sense to give pleasure or pain, any strong feeling. This intensity can be obtained in a thousand ways in all horizons and in all forms, from the most harmless to perversion and crime: various drugs, jogging, bodybuilding, various and extreme sports, matches or sporting events, operas, concerts , dance, hyper-sonic dancing, headphones maximum volume, massages, jacuzzi, sauna, hammam, piercings, tattoos, sexual performances, swinging, orgy, rape, sado-masochism, exhibitionism, bondage, exotic or experimental cuisine, taste for risk, chills, horror movies, thrilling shows … Fear is the warrior’s first enemy, it is also a powerful stimulant … when you don’t risk anything!

The list could run for a long time. Intensity includes everything related to the exaltation of the senses, the five senses that we know, and the many others, which few of us use.

It is intensity through negative or positive emotions. We try to create or include ourselves in a situation of intense emotional stimulation, and we try, by all means sometimes, to further reinforce this intensity. The fields of application are innumerable, and some are shared with sensory research.

We can cite domestic quarrels, couple crisis, adolescence crisis, social psychodramas, harassment at work, harassment by laborious overload, horror films, suspense shows … Please note that several items will be in the next category too …

It is the intensity in the feelings. The fields of application are less numerous than for the sensory and the emotional: love dispute, couple crisis, separation, death of a loved one … Fewer areas, but more intensity, because feelings trigger emotions and thrills.

Couples like to be scared. So-called crises shake up everyday life, degenerate into arguments, and end up on the pillow. The negative intensity of the argument serves as a call to the sexual intensity, positive, which seals the reconciliation. After a few years, this practice becomes a habit. An accomplice, sexy and funny game.

Sensations, emotions, feelings … This is the question that I picked up for the philosophy exam in 68. Just after the famous month of May, the atmosphere was strange, and revisions nonexistent. I still picked up the timpani with a 20 out of 20. My examiner admitted that he had never heard such a presentation. So I feel empowered to talk about these three concepts that we confuse too often … 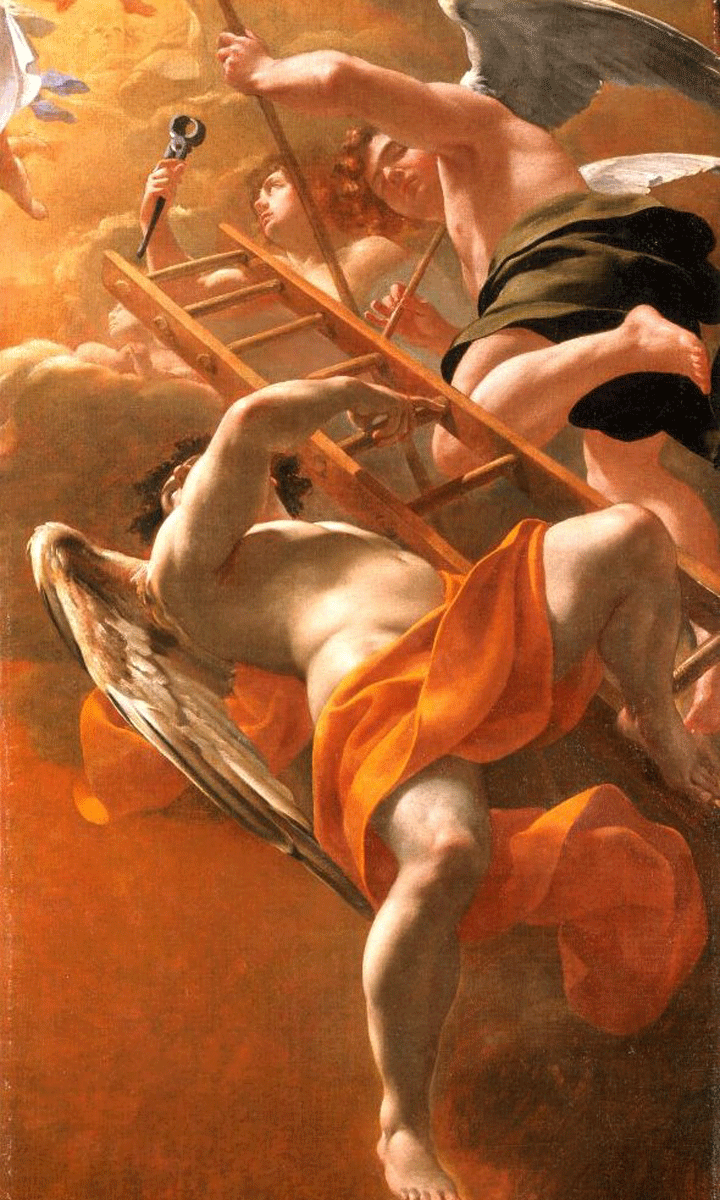 The springs of the quest

Each of us, man or woman, is constantly looking for intensity. The baby, the old man, the child, the adult, the adolescent even more, we are all motivated candidates.

Adrenaline, estrogen, testosterone and sex hormones, these are some of the bodily hormones that are the essential tools of the quest.

In this constant expectation, it is the intensity that matters. The stronger it is, the greater the pleasure. Negative or positive, no matter. We can look for suffering, pain, indulge in masochism or sadism, the intensity will always be there.

I suspect that some suicide attempts could be caused by the search for intensity alone. In an existential register: that my life seems empty to me … Not to be confused with perversion. Certain practices of auto-eroticism can slip until causing the death of the pleasure-seeker.

There is much to be said for the ambiguous reports of pleasure and pain. Taken to the extreme, enjoyment borders on pain. For some, physical pain is a pleasure. These two facts show that our person is distinct from the body. Our person is consciousness. Our body, unconsciousness.

Intensity is the essential component of happiness. At least that is what a majority of Westerners believe. At the same time forgetting that it is also the essential component of unhappiness. When your house is burning with intensity. When you suffer with intensity. Happiness, misfortune, that is not the question. Let me give you a more oriental light.

The East refers to the spiritual world where rises the pure intelligible sun and Orientals are those whose interior home receives fires from that eternal dawn.

The oriental will distinguish trivial intensity and sacred intensity. The latter is a path of awakening, most often through the practice of a physical discipline, yoga or martial art. 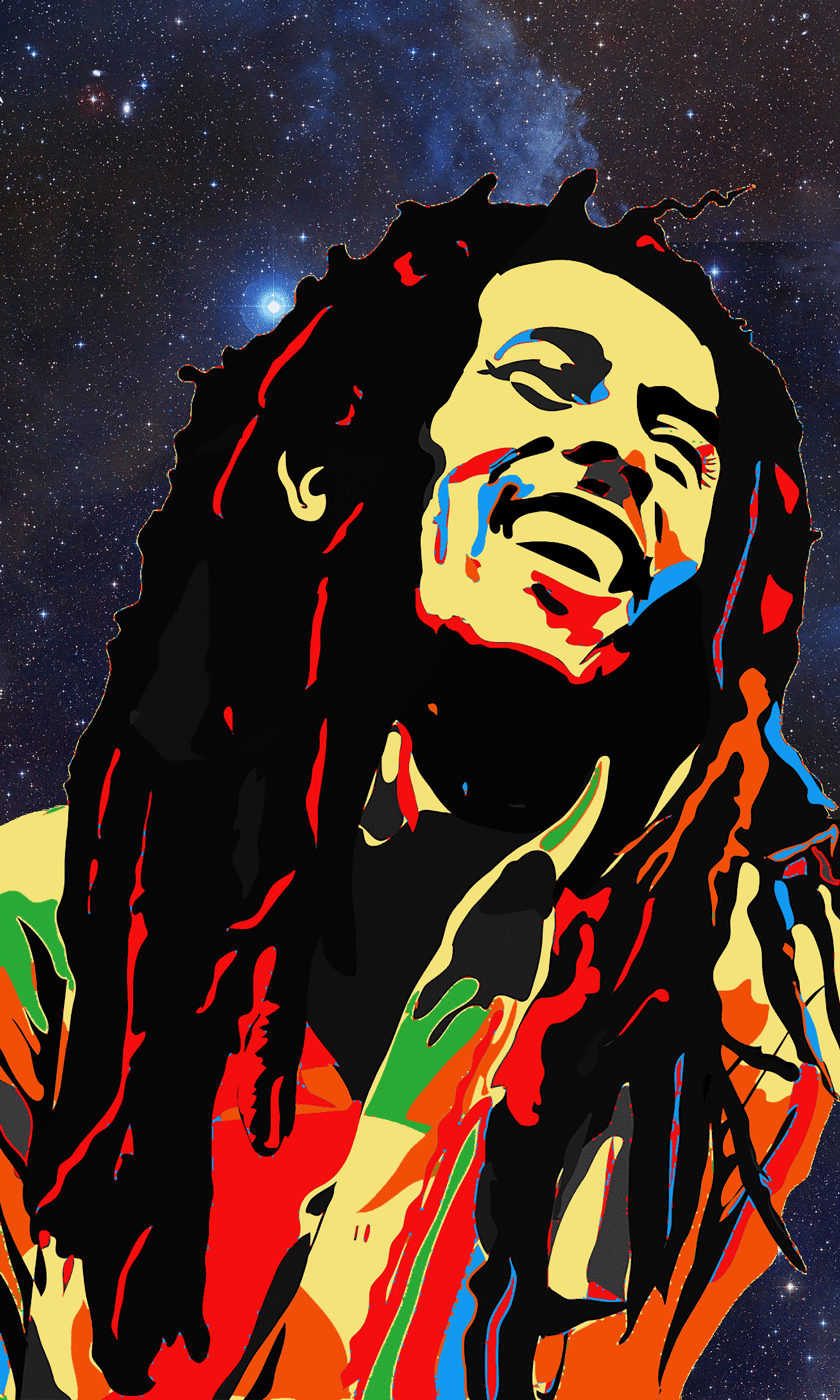 The warrior who follows this path has nothing to do with the gutter. Its path goes through the summits. They are less frequented than sewers. Rat race Isn’t it a disgrace To see the human race In such a rat race, sings Bob Marley.

What will be the attitude of the impeccable warrior in the face of intensity? One thing is certain, we will not see him chasing after her like a poor drug addict. He doesn’t need his dose, he already has it. The path is his victory, daily action his meditation.

This is the name that the Sudeans gave to the white sorcerer, visionary, seer and healer. Today’s Africans call him a marabout, but for their ancestors, these wizards were mages.

Any warrior, awake or not, who follows his inner path while remaining in his light quickly begins to heal the sick and the mad. To exorcise the possessed. To drive out demons. To be agreed with Intention. We then say that he is a mage. When he has gained a master’s degree in this art, he becomes a mage king, like Melchior, Balthazar and Gaspard.

The warrior practices humility. As soon as he is freed from the clutches of the ego the normal state of the warrior is humility. This ordinary humility is sincere. It makes any search for trivial intensity, drugs or other exciting agents impossible. He can devote himself to excess to accomplish a particular action, a quest for vision for example. He can taste it and repeat this operation.

But there is no point in enjoying it. We don’t indulge in addictions when we practice operative magic.

The life of a warrior is filled to the brim. He ignores downtime. He doesn’t take cabbage; it acts, that’s all. He is not the one who decides. He knows it. He admits it. He likes it.

Its role is to obey. His humility is sincere, because it is his interest. The more he progresses on the Way, the more strict the Rule becomes. Each goal kick is severely punished. The Living takes care of it. Then the warrior stands on the treadmill. He no longer has an ego to divert him from his path which merges with the Way. 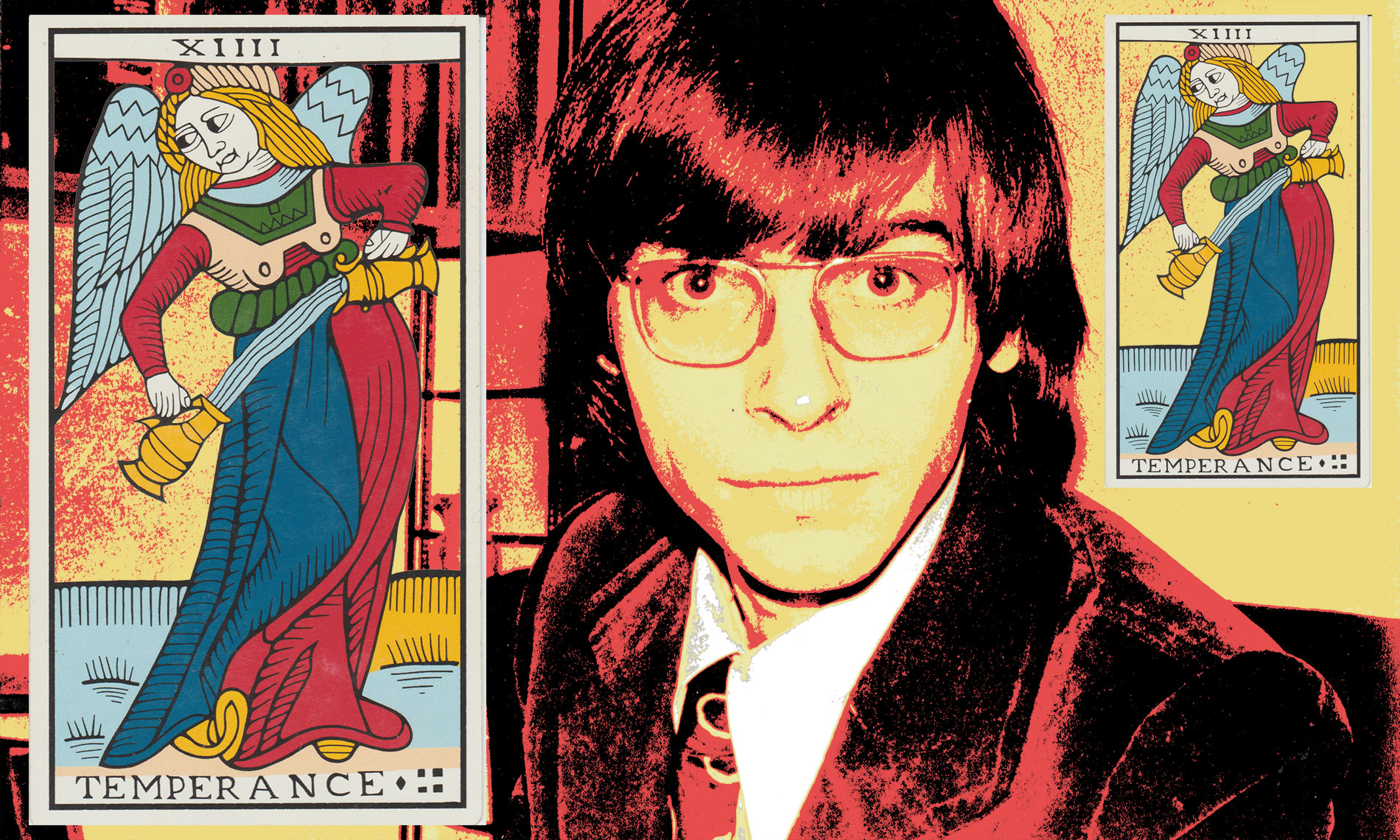 They are not open to the warrior, just as those who devote themselves to them cannot reach the status of warrior. The impeccable warrior is in permanent jihad against himself. He constantly tracks down his weaknesses and pushes his limits. He does not let himself go like a motherfucker, to use Juan Matus’ strong expression.

In place of despair, he has tone. In his mirror, he does not see his death but the life that will come.

If the situation requires, he shows courage and selflessness. His humility takes it for normal. He takes no pride in it and does not flaunt it.

He is reserved in the face of astral immensity, he trivializes the non-ordinary events which he witnesses. He does not have the vocation to guide someone other than himself, he is not invested with any mission, he has no one to save, not even him. He glows in the night, and that’s enough for him.

The only intensity that counts, the only madness that fits him supposes the opening of the heart. To live with an open heart is to throb endlessly in the source of love. The warrior of light is permanently in this intensity. Without being dead, he is fire. Without being alive, he is alive. He acts while he meditates. He contemplates while he does. He is standing, he is naked. He is invisible, we only see him. The intensity of the warrior comes from the other world, twin of this world.

There’s another world inside of this one, the borderline is inner and time stops here. (Stef Kervor)

This phenomenon is called bilocation: being in two places at the same time, or at two times. As for me, I have to live in a multi-tenancy, struggling with my multiple tenants.

You got it. Excitement is not the way of the warrior.

On the contrary, he cultivates the banal. It crosses terrifying places during its astraversées. He therefore strives to trivialize his astral encounters before they become unbearable. Reduce the pressure. The sorcerer is a follower of serenity. It is his favorite place of consciousness, a kind of home base. He sticks to it most often. In calm, detachment, heavenly peace.

Do you know that, unlike sterile excitement, serenity generates a completely different intensity? The source of all intensities flows silently into the Olympian calm from the depths of the heart. 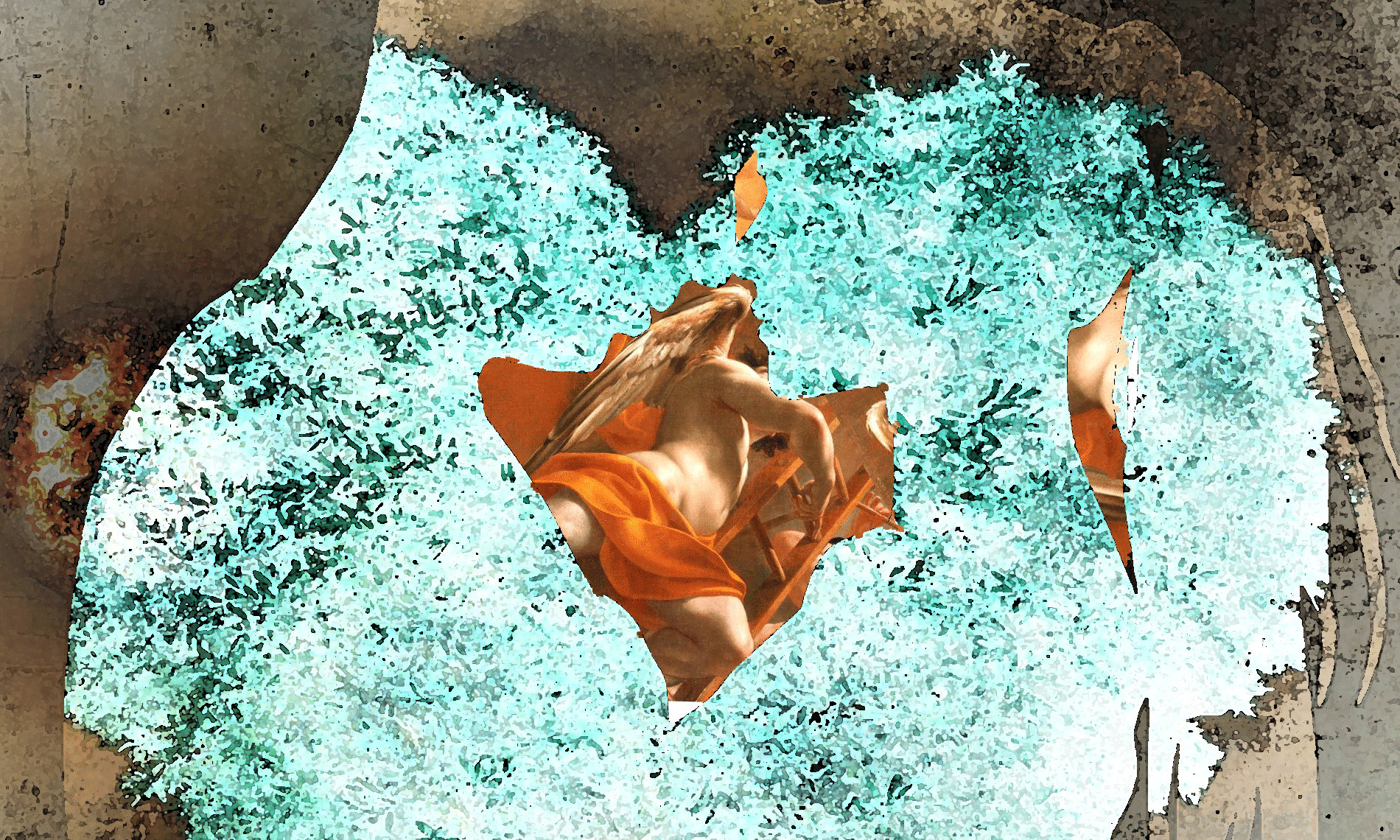 Be blessed, my beloved.