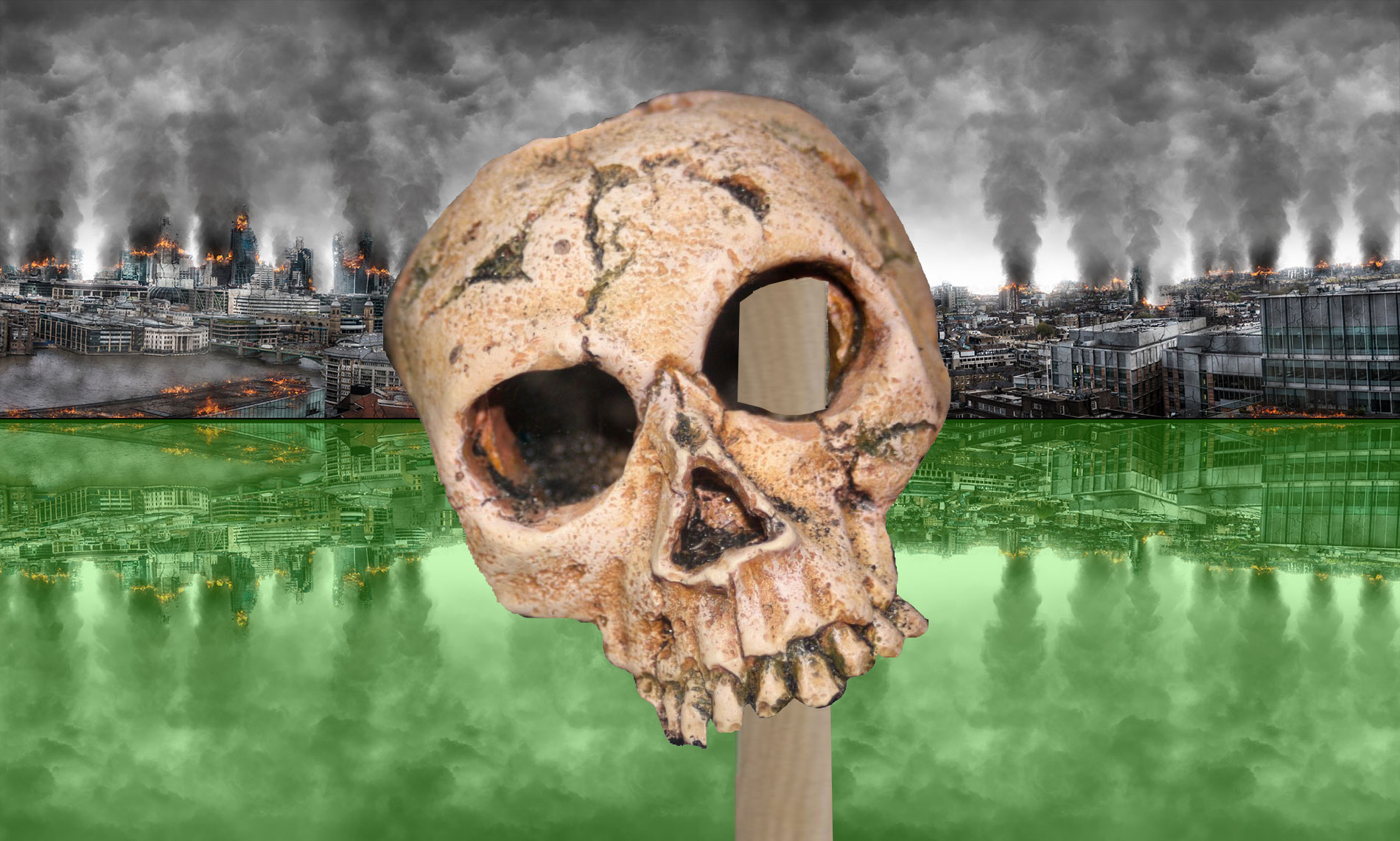 I have mentioned these terrible weapons that the former gods have used without restraint. They horribly destroyed much of the earth’s population in a widespread nuclear conflict. Shells, missiles, hydrogen bomb, neutron bomb, fragmentation bomb, death ray, napalm, the gods had an impressive arsenal.

Whether they call them weapon of Agneya, Narayana, or Pasupati, weapon of Shiva, the Thunder Masters were using several terrifying weapons, some even suggesting high power nuclear bombs. Is this one of those weapons which destroyed Atlantis? Has the great cataclysm been caused by men? It could also be that Atlantis was not destroyed. Plato tells us that in the space of one night, the giant island disappeared. And if it had not been swallowed up by the Atlantic Ocean? If it had taken off the waves to reach the space field? But it is another story…

Certainly it does not rely on ancient texts to describe machinery or technological weapons. For the period described in the Mahabharata, ie the Dwapara Yuga or Bronze Age, these powerful weapons are exceptional. In ordinary fights, Krishna and Arjuna use of swords and arrows. Perhaps because the copyists of these ancient tales did not know what the original author spoke? The technology is quickly forgotten when we returned to the primitive stage …

Krishna and Arjuna mostly use classical weapons. Rarely, the heroes of the Mahabharata or other Indian epics appeal to the “divine technology”. It could come from a translation problem. Suppose there were no word in old sankript to describe a laser gun ? They called it a sword. We can find examples of these changes with Excalibur, the magical sword of King Arthur or with the Cuchulainn’s weapon. For the period described in the Mahabharata, ie the Dwapara Yuga or Bronze Age, these powerful weapons are exceptional. In ordinary fights, Krishna and Arjuna use swords and arrows. Rarely, they use a technology called divine, obvious legacy of the previous civilization. This suggests that the demigods of the Silver Age were great fans of big fights, like the heroes of the Bronze Age. Then to say that a mass destruction could have caused a long and terrible nuclear winter, there is only one step.

Especially since this period has existed, the geologists call it the Würm or Wisconsin, the last ice age. Until the next one, always for the same reason? During the bronze age, these weapons are kept in a safe place, which is understandable if they have already ruined the Earth in the past. The heroes therefore only use knives. There is, however, stretches to the rules. For an exceptional beat up, the demigod Rama goes to the ancient god Shiva, to borrow him the ultimate weapon, Pasupati. This weapon is not in possession of Rama or of Arjuna, the heroes of the Bronze Age. It remains the property of the gods of former ages, as Shiva.

These are indeed the gods of the golden age who have developed these lethal devices. Divine arsenals were constructed, so that only some selected people can access them, in serious cases, to find a quick solution to a major conflict. Little by little, a singular golden age emerges from the distant past. Our begining wasn’t natural man and woman, as the Bible says. High-technology, superabundant energy, beings with huge powers served by a human underclass who often was used as cannon fodder. These terrible weapons I have compiled a non-exhaustive list in the previous articles, do understand how poor humans should be terrified.

The golden age, OK, but who will survive to enjoy it? Military massacres organised by the former gods surpassed in horror and barbarity all historical conflicts, even wars of 14-18, and even Hitler’s Holocaust, even the crime against humanity committed by the United States on Hiroshima and Nagasaki. At the time, it was probably beter to be part of the elite of giants that of the underclass of humans. Especially as the giants, for lack of food, ended up eating men.  All countries have a litany of legends when it comes to terrifying ogres to whom the village must give a girl every full moon… These monsters of the Bronze Age, minotaurs or Cyclops, were the bastards of the former gods, these good giants vanished … One can infer that the rites of human sacrifice are memories of the terrible time where giants were feeding on children of men … Similarly, ogres are not only legendary, hence the mighty terror they inspire us. 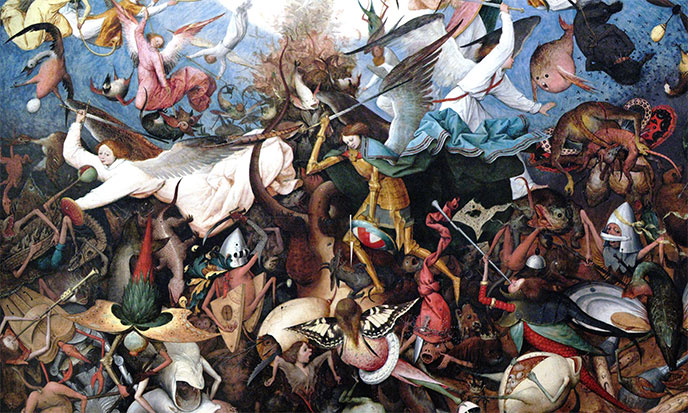 These terrors that any psycho-something will say imaginary are inspired by true events. So striking events that they got impressed in the collective unconscious, they are inhibiting us today because our human nature has not forgotten them. Alas I am afraid that this collective warning is too unconscious to avoid us the worst: that this scenario starts again, since the history stutters. And let this humanity finish like the previous one, in a general nuclear inferno.