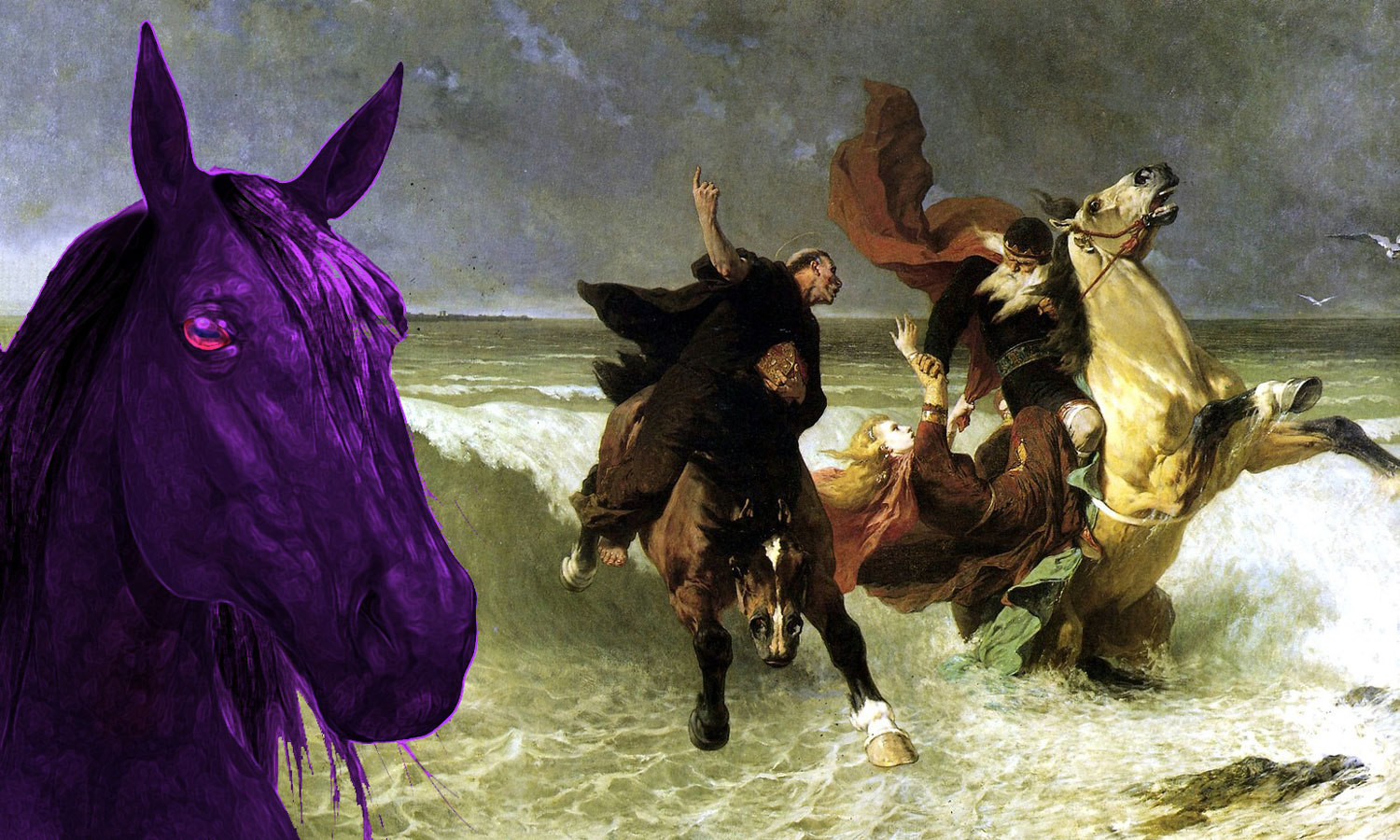 Ancient Celtic texts sing the praises of a forgotten Christ, Emperor Rama. These are the Saying of Iahn the Ancestor; the Saying of Lugh, cyclops of the tribe of Tuatha de Danaan. Here is the Saying of Marc’h, the horse-king of Breton mythology. Meanwhile the Saying of Myrdhin, ie Merlin, the famous enchanter of the Arthurian tradition.

King Marc’h or Marc of Cornwall,ie French Cornwall is a character of both Celtic mythology and Arthurian legend. It is present in the Breton and Cornish traditions. Its name (Marc’h means «horse» in Breton) and its attributes (of the ears of the same animal) give it a psychopompous role,see further on like Epona in the Gauls, then the Gallo-Romans.

Marc’h is a legendary king of Armoricaie Britanny whose originality is to have horse ears. Moreover one of his namesakes who reigns over Cornwall is one of the protagonists of the legend of Tristan and Iseut, anchored in the Breton and Celtic historical reality, between the British Isles and Brittany Armorica. (source)

A namesake? Are we sure of that? I know that in those remote times the Channel did not exist. Britain was separated from Great Britain only by a large river that required less than an hour of crossing. Just as King Arthur reigned over the Kingdom of Logres, including in addition to much of Britain, all of Britain and even Aquitaine. France and the United Kingdom were then a single land. British Cornwall responded to the Breton Cornwall. And the two Marc’h kings made only one.

Did he really have donkey ears? I doubt it. Rama wore a helmet adorned with two ram horns. These donkey ears were not what we thought afterwards. Look further, I am talking about it.

In mythology, a psychopompous god leads the souls of the dead. In the traditional teaching of the Magi, a psychopump is a person who is incapable of nourishing himself with energy by his own means, who plugs into such or such chakra of the people he meets, starting with his close entourage. We know that we are the victim of a psychopump when we leave the conversation exhausted, demoralized, worn out to the frame. This is a sign that we have been pumped out of our subtle energy. It takes time to reconstitute this flight. The person who lives near a psychopump is so weakened that death can strike.

It is mythology that will survive to science ifever science disappears. (Roland Lehoucq)

Midas is the pupil of Orpheus and his musical talents are required when he is called to be a judge in the contest between the satyr Marsyas, flute player, and Apollo, who plays the lyre (Ovid, in Book XI of his Metamorphoses, places the contest between Pan and Apollo). He gives Marsyas the victory, while the Muses, who also judge, prefer Apollo to the satyr. Apollo gives him donkey ears for revenge. Midas tries to hide them under a Phrygian cap, but a servant discovers his secret by cutting his hair. Unable to keep the secret any further, the servant finally dug a hole in the sand, said: «King Midas has donkey ears» and plugged the hole. A clump of reeds begins to grow and repeats the sentence in all winds. (source)

These two myths have in common only the ears of equid. Both are divine punishments. But this myth is late. His source was reinterpreted by people who had not known the reign of Marc’h. What are their notions of the technological hyper-development of the former gods? Let’s ask the right questions.

Note the use of the Phrygian cap, which refers to Christ Mithras. Notice the similarity between the two names, Mithras and Midas. Is it necessary to conclude that Marc’h and Mithras would be only one character? Conclusion is yours …

The ears of King Marc’h, often likened to a shameful mark in the oldest interpretations, are more likely a mark of royalty legitimizing the function of the sovereign.

I agree. I agree. These widespread ears are the prerogative of great people. But I don’t think they are ears. Apart from their form, they have nothing in common with those of equidae. I also do not believe that this is a divine punishment. On the contrary, I see it as a royal mark. A distinction. An honour. And the best way to keep in constant contact with the great ship above the pole.

These ears like the horns of Rama and the crowns of Osiris are machines, ray-throwers, short-wave radios, what else do I know? If we accept the unacceptable, which is the high technology of our creators, everything else flows from the source. 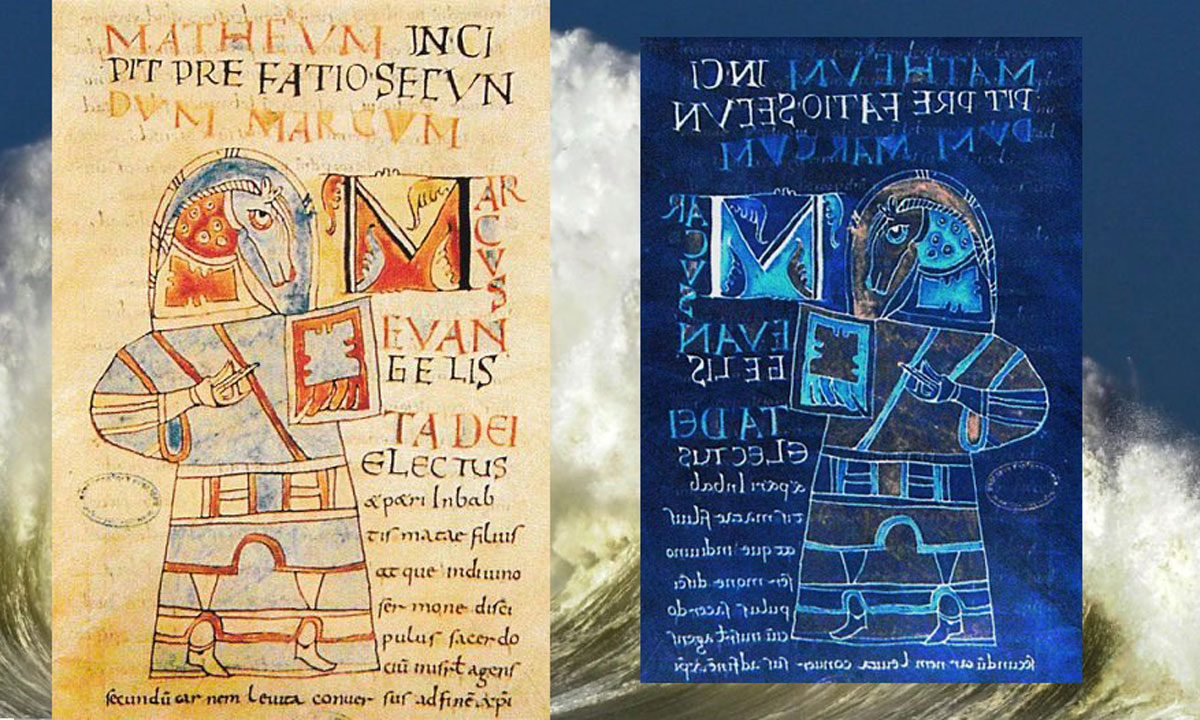 At the opening of this article, I present a painting of the magical horse Morvarc’h, which means the marine horse in Breton. Varc’h is a variant of Marc’h when found in a compound word.

“The legend of Morvarc’h being Cornwall, it inspires equestrian statues in the commune of Argol and on the cathedral of Saint-Corentin of Quimper. A place name would be due to him in Pouldreuzic. Linked to water like many Celtic horses, Morvarc’h reappears in more recent works composed around the legend of the town of Ys, including novels by Gordon Zola, André Le Ruyet and Suzanne Salmon, as well as a song by Dan Ar Braz.” (source) (listen)

I consider these two legends, linked by many features, to be one. They describe a time when the ears of equidae overcame the royal crowns, making them take them for horses or donkeys… which they were not the least of them!

I give the floor to the King Horse of Cornwall. In purple, my comments.

1.1 Rama, O great King Aries, your son comes to you with respect for your name and admiration for your being.

1.2 O divine king, the horse that brings me down here hennit of pleasure and joy floods it as a stream of urine.

Marc’h declares himself the son of Rama, but he should not be taken literally. He is his heir, of course, but his filiation is spiritual. According to him, he is carried by a horse that is like his double. That is all. That’s the end of it.

2.1 We have loved you more than any living under this heaven and yours.

2.2 We respected you without fear, defying the wrath of the new mastersPatriarchs who wanted to steal your life, your exploits and your memory.

“Under this sky and yours” Marc’h and the other followers of Rama knew nothing about his home planet or his local habitat above the North Pole. We learn here the existence of new masters, probably the first patriarchs.

3.1 The new masters have caused your statues to be cast down. They have burned the sacred texts, they have defiled your holy name in a thousand ways.

3.2 They have made you a renegade without faith or law, who has always kept his word in the sacred respect of the Law of Karma.

3.3 They have made you a servant of the tyranny of women, who has silenced them forever. You who got rid of the Furies and the Amazons.

Pressed to establish patriarchy after tens of millennia of matriarchy they judged monstrous, the new masters wanted to erase all memory of Rama because he had tried to reconcile men and women, Which didn’t fit with their visceral misogyny.

4.1 Here we come to implore your righteousness. Send your mighty archangels to restore the sacred order which you have given us.

4.2 Send your death-devices, and send your thrones and your powers, that they may destroy those who are unclean and deny you.

We learn here that archangels, thrones and powers are machines of war and destruction. These beings are mentioned in the Bible in a sibylline way, one could take them for angels of high rank. I guess the writers of the Bible didn’t have direct knowledge of it. These celestial beings probably disappeared at that time.

5.1 Behold the horror, behold the ungodliness, behold the vice that runs in the streets, and prostitutes itself in the court of the temples.

5.2 Even your most sacred temple, the holy of holies always dedicated to You, Rama, is kindled and consumed before the horrified eyes of the crowd of your faithful.

5.3 Even your tabernacle is broken, even your paten is obscene; you cannot drink at your ciborium.

Rama therefore possessed many temples for devotion and sacrifice. He had forbidden the human sacrifices perpetrated by the Druidesses. But the sacrifices of animals, oxen, rams, goats, even deer or deer, were still in the course of his time.

6.1 With your blessing, I wish to sing the details of your war career. Make me the priest of your faith.

6.5 I must refresh the failing memory of terrified men and submissive women.

6:6 I must cry out to the four winds the four armies of the Conqueror, the four kingdoms of the King of Men and the Emperor of Terra.

This last verse is very incomplete, and I am not sure of its translation. However, I wanted it to appear at the end of this text, in the hope that it might inspire some reader. 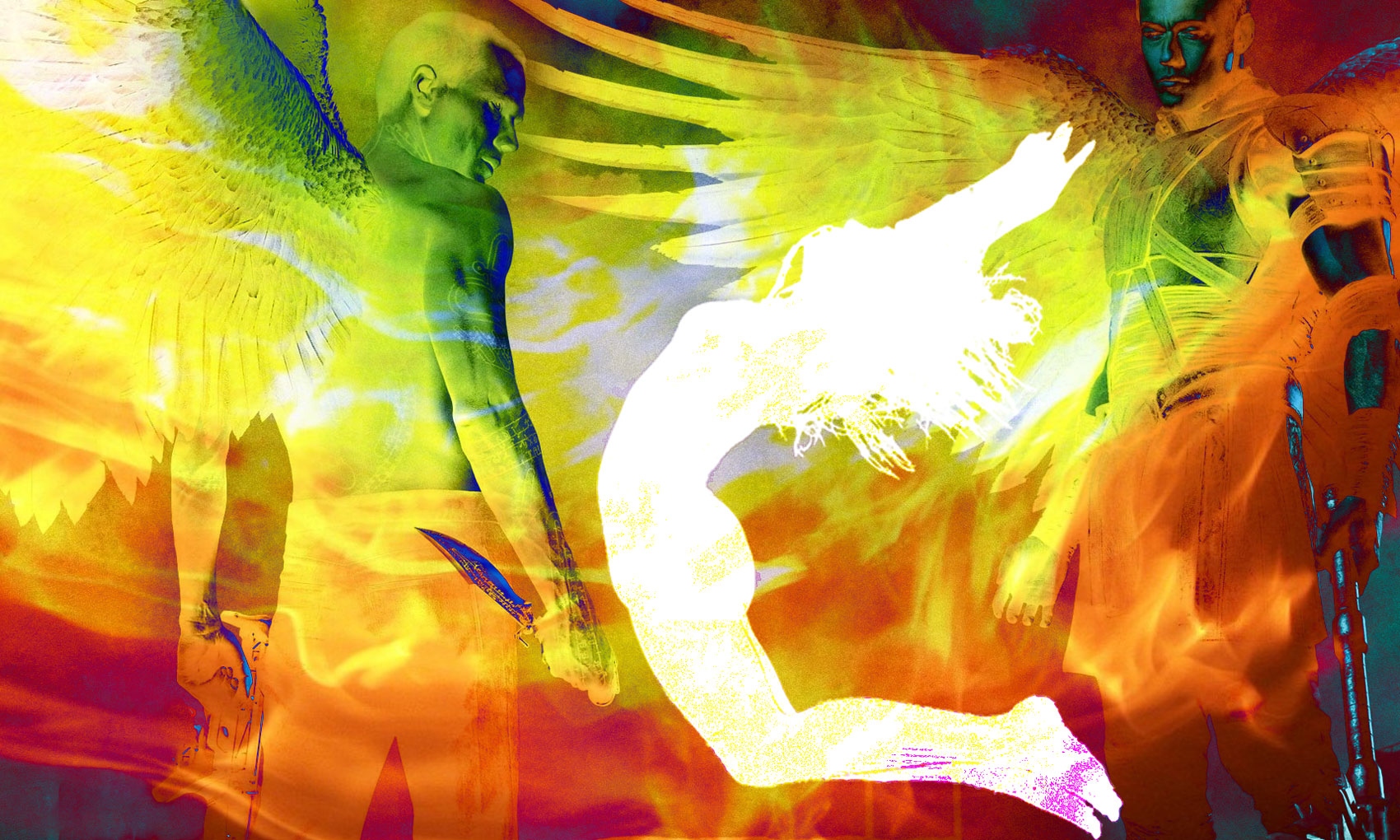