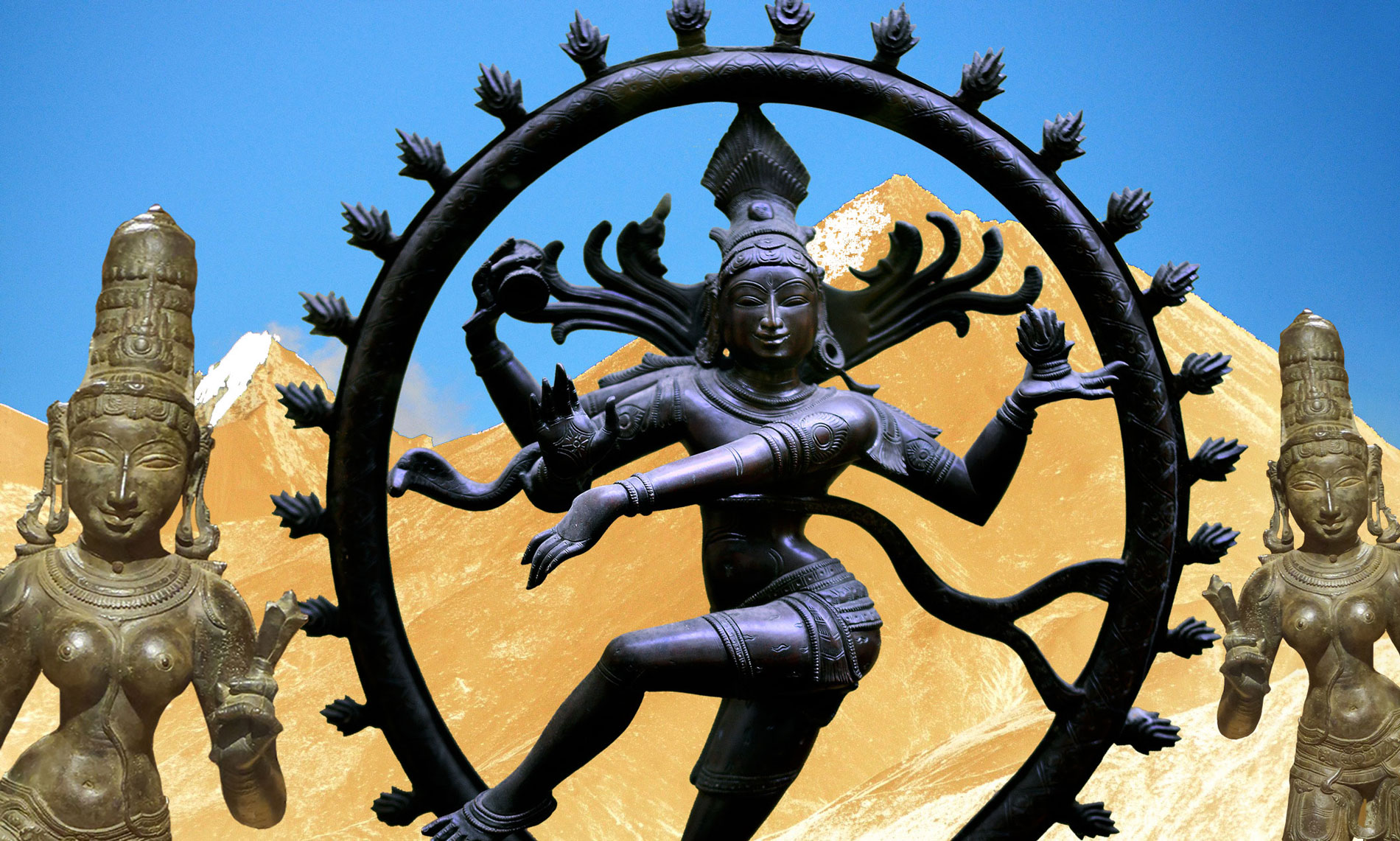 Who are these innumerable gods of Greek, Celtic and Hindu pantheons, to name but three? Are they immortal beings, uncreated deities, agents of the Source, or simply men like us, with the qualities and defects of all living beings?

I have shown how much the Greek and Biblical gods are human, too human, to use Nietzsche’s happy formula. I would like to complete this study by showing the portrait of Shiva as traced by Shivaites. Shiva is the first god of India, the most revered. He was already the first – and the only one to receive worship – in the pre-Vedic period. The indianist Alain Daniélou identifies him with Dionysus, whose cult spread in Europe at the time of his appearance in India, where he remained, even experiencing a renewed fervor with the branch of Shaivite Hinduism, while declining in Europe under the influence of Hebrew monotheism.

The biblical episode in which Moses, descending from Mount Sinai, finds his people worshiping the bull, symbol and companion of the gods Baal, Dionysus and Shiva, is a direct reference to this cult rivalry: Baal is a local version of Shiva Dionysus. The golden calf of Baal is the bull offspring of Dionysus, it is different from the ram of Rama and his offspring the Lamb of God, symbol of Jesus, they also call the Good Shepherd … Dear Jesus is not stingy in contradiction! Like Dionysus and avatar Baal, Shiva is not a single god. It is part of a continuity that I think historical. Has he had a human existence? In any case, the sacred texts of India affirm it by giving a lot of dailylife details. Here comes his marriage, human too human, as described by Shiva Purana.

“To approach Mena, wife of the mountain king, Shiva takes the form of a dancer, dressed like a beggar, he dances wonderfully and sings in a very sweet voice, he plays the horn and beats his drum on a In front of this marvelous spectacle, all the inhabitants are in ecstasy, Parvati, the king’s daughter, sees the harmonious shape of Shiva, his body is covered with ashes, a necklace of skulls around his neck, surrounded by a sacred serpent, he smiles, his three eyes shine, the beautiful Shiva, the friend of the humble, the ocean of goodness, repeats: “Make a vow.” Parvati bows down before him and says to him, “Behold my husband.”  (source)Shiva Purana, Rudra Samhita, chapter 17, quoted by A. Daniélou, Shiva and Dionysos, pp. 105 sq.

He accepts while dancing. Mena offers him jewels. He pouted. Then gold. He still refuses. Without stopping to dance, he asks for Parvati’s hand. Mena is shocked, humiliated, furious. She wants to throw him out. Impossible to touch him as his body is burning. And he disappears suddenly. The chief of the clergy intervenes with the king. “Are you going to give Shiva your daughter, the sublime Parvati, lotus lotus, as beautiful as the day and as deep as the night?” But this Shiva has no roof, he knows no one who counts. His friends are rascals. His family name, his caste, his origins are unknown, he is badly made, his limbs are deformed, he looks like a snake-charmer. What a beautiful party, really, he is only a yogi who lives naked, with shaggy hair, the body covered with ashes. He lives in places of cremation. Worse than all, this thug without occupation, this depraved beggar opposes the religion of the Vedas.” (source)Shiva Purana, Rudra Samhita, chapter 17, quoted by A. Daniélou, Shiva and Dionysos, pp. 105 sq. 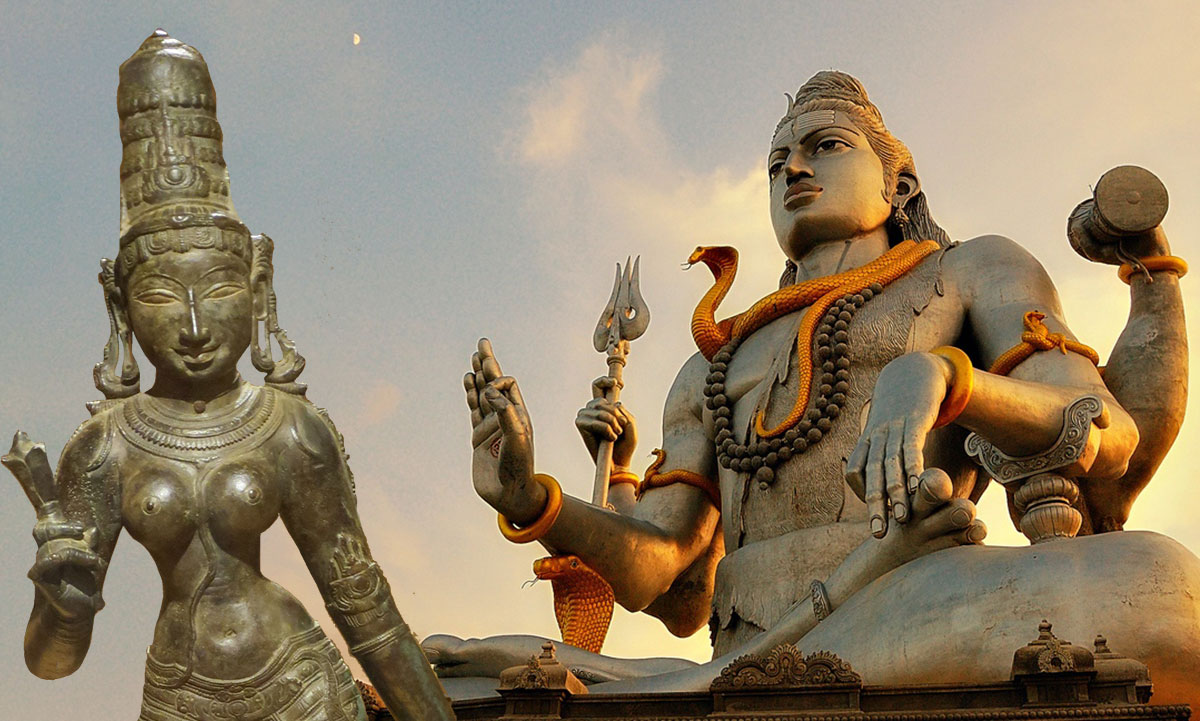 Never mind, the king of the mountains still wants to give his daughter to Shiva. He sends messengers with the ritual gifts. Shiva accepts them and treats these people with honor. Delighted, they come back to the king who has all the necessities for the wedding planned, and all the superfluous too. Hills of sugar, salt, flour and rice. Tanks of milk, oil, lassi, cakes and sweets. Wine bags by the hundreds, for wine, cane juice, pressed fruit, intoxicating drinks.

The king of the mountains launches the invitations. Coming from all over the world, all the mountains come together for the feast. All the rivers, all the rivers are there too. The crowd of guests form a human tide that seems never to dry up. The whole city is celebrating. Flags, garlands and banners, Bengal lights, lanterns and candles illuminate and decorate every home, every corner, every alley. Incense perfumes the city and its suburbs, soon the whole region is embalmed. An immense hall, furnished with splendor and refinement, will receive the guests. It was Vishvakarma, the architect of the gods, who built it. A beautiful apartment awaits the future husband.

Upon receiving the invitation, Shiva laughs. He accepts. He calls his bull and his Ganasvoyous sacred to accompany him, and all the horde of evil spirits (Bhutas). The king of the mountains and all the mountains come to bow before Shiva who approaches. Covered with jewels, all smiles, Shiva sits on his bull. Around him, gods fan him and sing his glory. Its beauty illuminates the four corners of space. From his body emanates a divine light. He shines.

“Mena, the wife of the king, then asks to see it in its normal aspect that destroys vanity and pride.On the balcony, she sees the huge procession of Gandharvas arrive.The musicians of the sky, accompanied by beautiful nymphs Play Vasu, the leader of the gods of the spheres, she exclaims: “Here is Shiva!” One answers him: “No, it is only one of his ministers.” To each new arrival More and more splendid, she exclaims: “It’s him!” Each time, he is told: “He’s a relative.” The queen is dazzled.

When Shiva appears, sitting on his bull, covered with ashes, shaggy hair, crescent moon on his forehead, a skull in his hand, a tiger skin on his shoulder, carrying a bow and a trident, strange eyes Untidy and unclothed, surrounded by her garments, devils, ghosts with terrifying forms, Mena, frightened, fainted. When she returned to her, her fury was boundless: “What to do, you deceived me, all cursed, Cursed be the day I conceived this child, never will my daughter marry this creature, I will rather kill her.”   (source)Shiva Purana, Rudra Samhita, chapter 17, quoted by A. Daniélou, Shiva and Dionysos, pp. 105 sq. 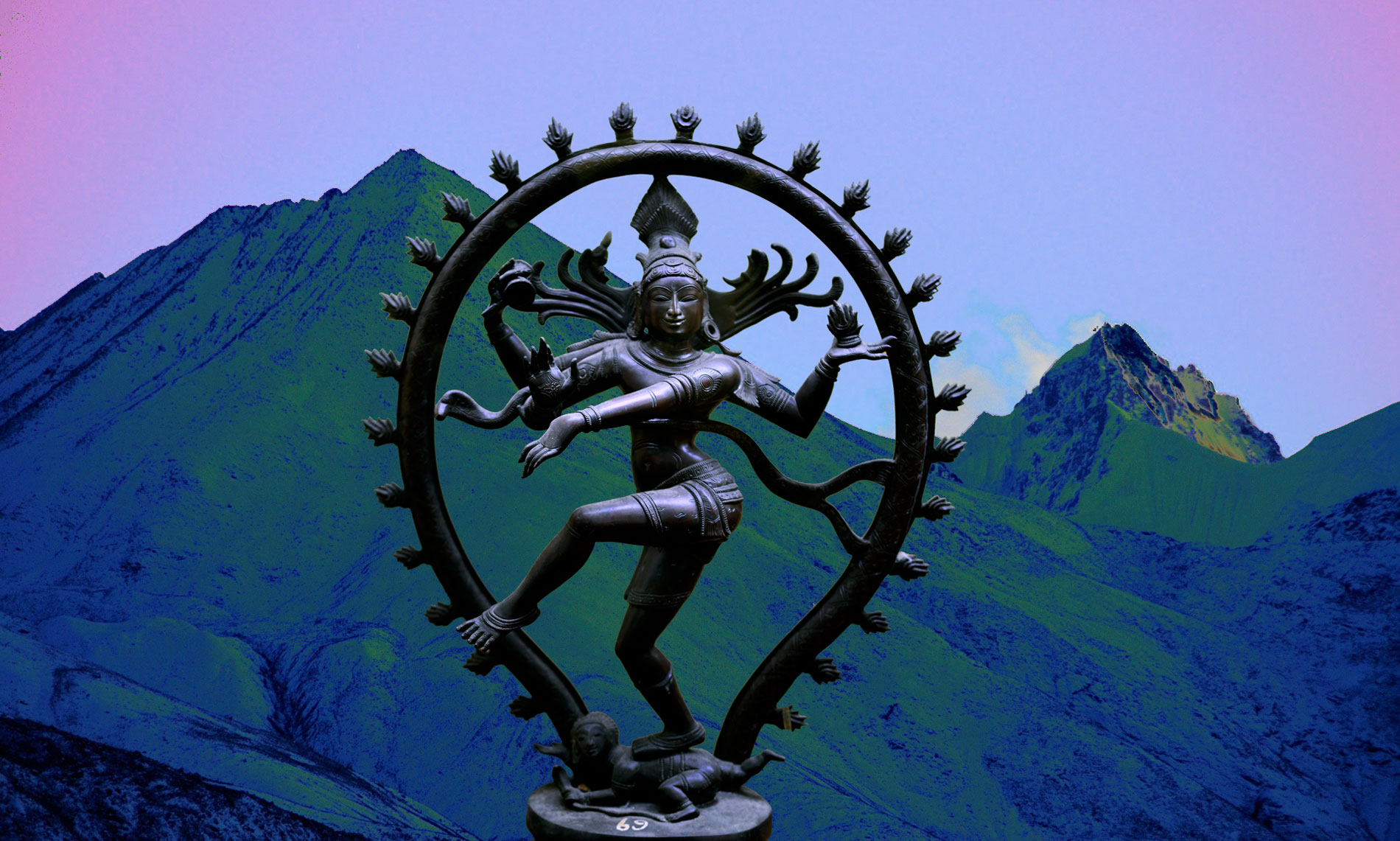 Sown by the gods, Ména finally softened. “If it appears in a comely form, my daughter can be given to it, not otherwise.” Shiva shows himself in his charming aspect. Every part of her body radiates beauty. His clothes are multicolored. He wears precious jewels. His skin is clear and lustrous. The crescent moon adds to its beauty. Dazzled Mena, ask forgiveness for her insults. ”  (source)According to Shiva Purana, Rudra Samhita quoted by A. Daniélou, Shiva and Dionysos

The wedding will take place in a splendor never before seen, and never seen again. During the ceremony, the priest asks Shiva, according to the rite: “Now tell us your genealogy, your caste, your family, your Vedic ancestors and the Vedas you recite.” Moment of embarrassment. To break the discomfort, a wise man speaks: “Shiva is the Supreme Being, He has no ancestor or family, He is the primordial Sound (Nadâ).” (source)According to Shiva Purana, Rudra Samhita quoted by A. Daniélou, Shiva and Dionysos

There are many interesting points in this story, beginning with the nature of the Supreme Being, divine more than divine, and at the same time so human that one is dizzy. Can the supreme being marry a mortal, was she the daughter of a great king? But Parvati is not mortal, she is a goddess of noble lineage. All right, but how could the supreme being marry a simple goddess? Does he even have the possibility to incarnate himself? Surely, there is the example of Jesus, son of the Lord Almighty, and yet human. But this incongruity has been fought, and still is, by many wise men and skeptics, following Simon the Magician or Spinoza, to name but a few.

Another strong point is the double appearance of the supreme or so-called being: capable of prodigies, sublimely beautiful and charming, it can be repulsive, dirty, terrible. It changes its appearance at will, it disappears like water that evaporates, but at other times it moves on an animal like any human. These paradoxes are found in Greek mythology, where Dionysus has exactly the same appearances as his counterpart Shiva.

There are other examples of divine duplicity: Zeus can be divine, almighty, but also cowardly, vile, concupiscent and full of pride. His wife Hera is more worthy of her status. No wonder she was the Great Goddess under many names: Hathor, Isis, or whatever. All these facts have been adapted by generations of ignorant people crushed by prejudice and superstition, thus it renders the analysis very uncertain, without the recourse to other forms of investigation, not rational ones.

How could this prowess be within the reach of our scientists, historians or others, castrated as they are by the diktat of the all-rational and the tenacious prejudices resulting from thirty centuries of lies?

God is a concept by which we measure our pain. I just believe in me – Yoko and me – and that’s reality.