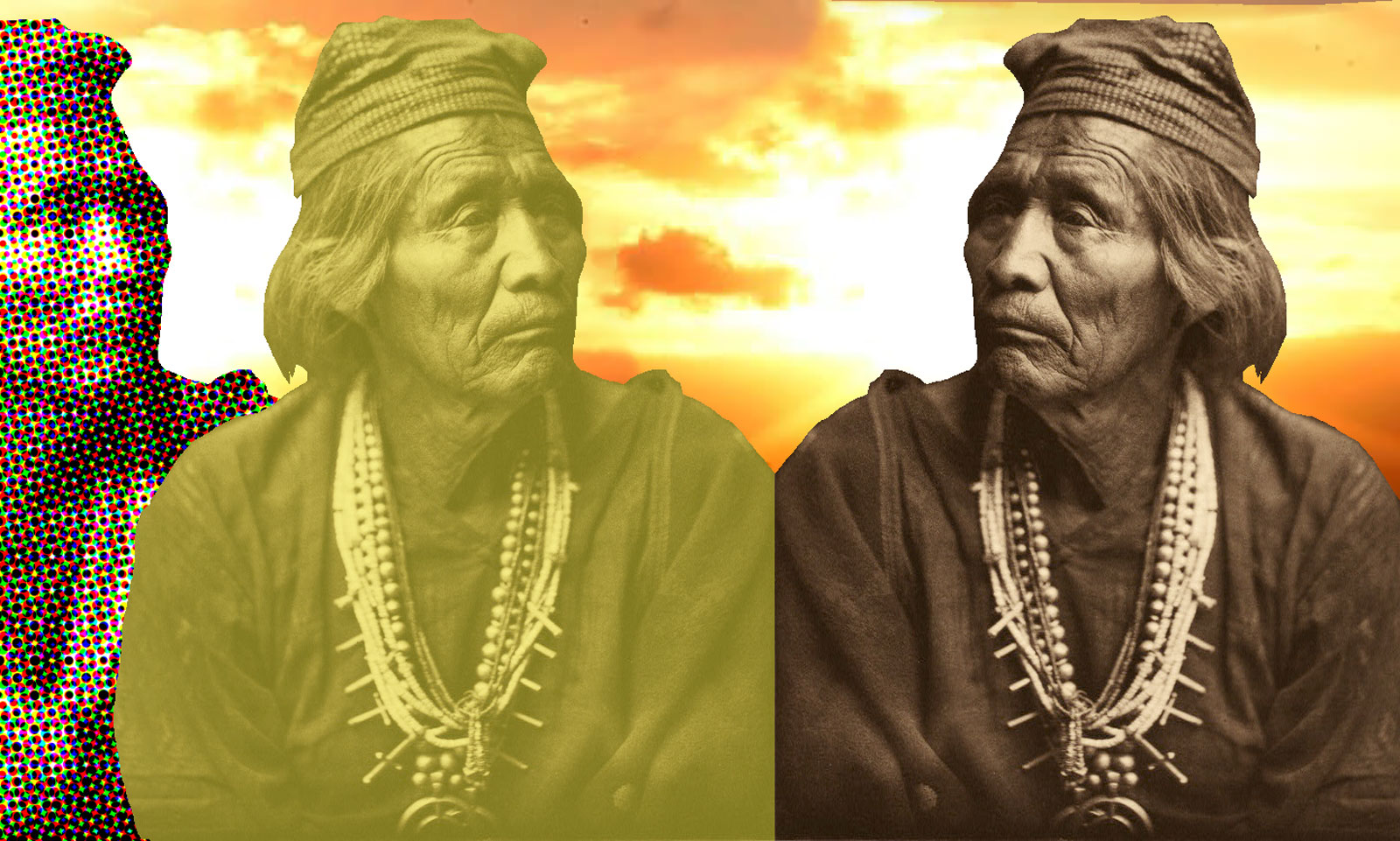 Carlos Castaneda has revealed to the world a philosophy of action that I take for the best and that I recommend to all the warriors of the awakening. This wisdom is that of the Nagual. It brings an original vision of life after life, and suggests ways to prepare for it.

In the instruction of Nagual that receives Carlos Castaneda, his benefactor Juan Matus establishes a fundamental distinction between the old seers -los viejos videntes- and the new seers –los nuevos videntes– who belong to our cycle. Why fundamental? Because this distinction comes from a radical change. The paradigm – the sum of beliefs that establish a worldview – has totally changed between the seers of the previous cycle and the today seers.

The new seers have a very specific vision, which I share, of what awaits us in the afterlife. I already explained it in the article The Eagle’s Gift. On the other hand, the old seers did not believe in life after life. So their lives made every effort to prolong their earthly existence almost indefinitely. They strove to close up a crack that exists in our brightness, created and maintained by the rolling fire, large wheels of light that keep beating us head-on, in order to open this vertical gap in the auric shield. .Through this breach, the vital energy is dispersed, and when the gap is wide open, death comes.

I just used an adjective of recent use, auric. It does not refer here sails and rigs of the same name well known yachtsmen, it applies to the aura. It’s a neologism, yes, I admit, but I do not see any shame. You noticed how much I love it: my lyrics are riddled with it. At least this one is not mine, let’s bet that it will impose itself by the use. If the worldview changes, is it not fair to invent new words to describe it?

By dint of practice, by force of training and macerations, the old seers have managed to fold their luminosity – that’s the name they give to the aura – so that it forms a double reinforced shield on the front of the subtle body. All right, all right. I guess it remains largely incomprehensible to most. Few people can see the auras of others, let alone can feel their own. Among them, how many are able to change its shape and structure? For all of us, this achievement is beyond comprehension. Normal: understanding has nothing to do with it. The achievements of the old seers are staggering. Yet their example does not attract the seers of this cycle, who find their predecessors too morbid. You will judge it later on.

As I said, the old seers did not believe in any king of survival on the other side of death. For them, only this life was granted. These wizards resorted to all sorts of astounding wiles and achievements to prolong their organic life as much as possible.

Nowadays, there are still in India or in the near countries fakirs, overtrained yogis capable of such feats. The stylites, who remain for months, years perched on the top of a pillar, without eating, drinking only rainwater when it deigns to fall, resistant to cold, excessive heat, gusts of wind, hungry, etc. It is for them to go beyond the organic reality to reach another form of existence. The ultimate stage is to space out as much as possible the heartbeat. They become, strictly speaking, living mummies. They clearly belong to the lineage of the vivacious lives described by Castaneda.

The ancient Egyptians developed an extraordinary technique of survival of the spirit. In mythical times, they mummified the awakened and other wizards. The physical body, freed from viscera and preserved by naphtha and other products, became the receptacle of the spirit. Which amounted to creating controlled ghosts. The mind of the awake was forever attached to this plan, with the obligation to closely monitor the integrity of his mummy, the only guarantor of its maintenance in semi-life … If the subject interests you, I will I developed in the article Living Mummies.

They live from our fear

One day Juan Matus takes his apprentice Carlitos to the chaparral. “We are going to visit los Viejos Videntes”, he explains without comment.

The simple fact of thinking about that makes young Castaneda frightened. The two men roam the mountain all day, covered in sweat and dust. In the late afternoon they reach a rocky flat. “Here we are,” says Don Juan. At this moment poor Carlitos feels jaws closing on his left ankle. He screams with terror. He does not even dare look at his foot.

– Don Juan ! They are there ! They eat my foot!
Juan Matus is laughing out loud. Which further increases the terror of his apprentice.
– It is your fear which gives them energy. Stop fearing them, they will stop their attack.

It’s easy to say. Such a whiff of pure terror does not fade out in a wink. All around him threatening silhouettes appear and come closer. Carlos sweat heavily as the pointed-toothed jaw bites deeper into his bruised foot. During his ordeal, not a second Old Matus stopped laughing. He’s laughing out up to roll on the ground, which does not help the paroxysmal state of his young apprentice. Carlos slaps his teeth, at the height of terror.

Suddenly his fear falls down. Like a theater curtain. Carlitos won. The pain disappears, the sharp teeth fade, the wizards from beyond the earth seem to evaporate. Castaneda completely changed mood. He feels invincible. Resolutely, he walks on the barely visible silhouettes. His martial air reinforces Don Juan’s laughter. When he is recovering from his hilarity, Castaneda is angry. He feels manipulated, an egoic reaction that happens to him very often.

The visitor of the clan

Later, back at Don Juan, Castaneda will listen to Nagual Matus’ comments. He will learn what he had forgotten in his terror: it is our fear that feeds these entities. The more we are afraid, the more we give them the energy they need. Filled with this precious emotion, the old seers or other creatures of the infra-world can make us have a bad time. The best solution -if not the only one- is to keep the most complete indifference, to let no emotion filtering out. It starves them, they do not resist and disappear as they appeared.

The old seers are miserable beings. Few of them have managed to maintain a satisfying life. They look like the zombies I once saw in Haiti, which arouse more pity than envy. However, some seem to have found a better status. One of them became fond of Don Juan Matus’ clan. Whenever a new Nagual pops up in the clan, he must willy-nilly meet this old seer. It happened to Don Juan Matus, it happened to his benefactor as to the benefactor of this one. It’s been going on for centuries, and it’s not about to stop. For the Don Juan clan, it’s “the visitor”.  Juan Matus warns Carlitos that his turn has come, and that this meeting is going to take place.

The appointment takes place in old a Mexican church. This time, Castaneda is not afraid, at least not too much. When he sees the famous visitor, he wriggles with desire. It’s a woman. A very pretty woman, who fits perfectly to the sexual fantasies of Carlitos. The deal will end on a hotel bed, doing what all lovers do. When Carlos wakes up, the evening has come. He is alone in bed. The room is empty.

So the old seers are recharging themselves with the energy of living naguals. It is a voluntary loan, in exchange for which the visitor offers the Nagual a precious gift of power. Everyone finds his account. The visitor is a transformist, he can appear under any appearance. He knows how to choose the one that best suits the Nagual or the Nagual Woman he’s about to meet.

We are all visitors of this time, of this place. We are only crossing them. Our goal here is to observe, to learn, to grow, to love … After which we go home. (Aboriginal wisdom) 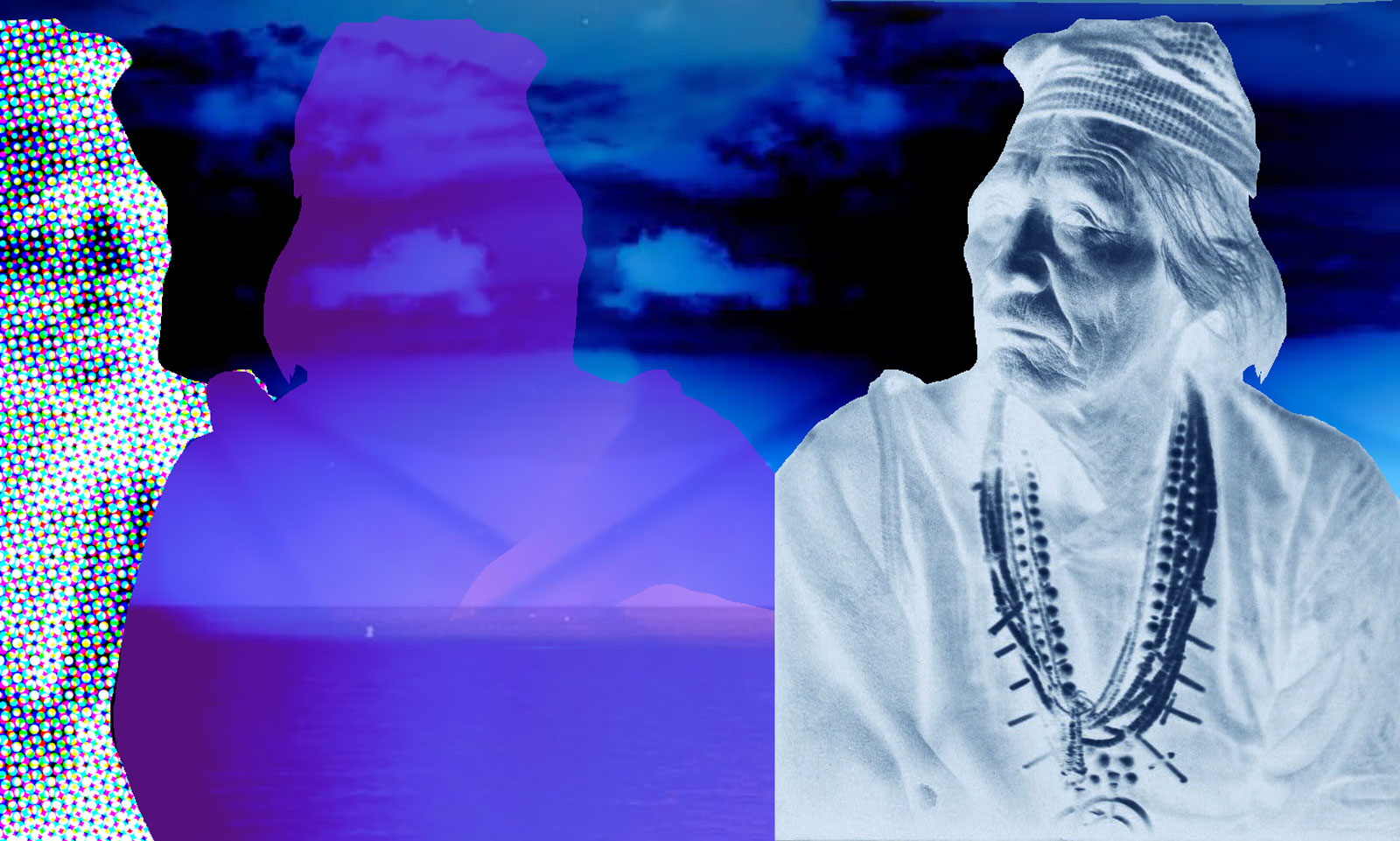 The new seers do not share the point of view of their distant predecessors. They believe in post mortem survival. They experienced NDE, near death experience. They know with certainty that life does not end with the death of the body. All those who have experienced body outing or astral travel share the same conviction. They know the crossing of the tunnel, the light that shines at the end, and the encounter with the being of light, which ends with a return to physical life, or by a fusion / effusion in the universal consciousness.

But the new seers have added a chapter to this story. For them, the being of light is called the Eagle. Not that it looks like an eagle, but because they distinguish a large black plumage of jet, with like flapping wings, and at the very top, above the skylight, like a sort of hooked beak. The light is inside the Eagle, on the outside is black and threatening.

I see there the pictorial description of a black hole, ie the one which occupies the center of each galaxy, and which unfolds also in the heart of each star. A black hole is so called because it absorbs all the matter it attracts to its beak. It also absorbs the light, which is that of the mind. The new seers refuse to be diluted in the cosmic consciousness. They want to continue the adventure of the spirit. For that, it is important, after the death of the body, to avoid that of the spirit. It is necessary at all costs to escape the voracity of the Eagle. How? Read The Eagle’s Gift.

One must have to act and not act to have.