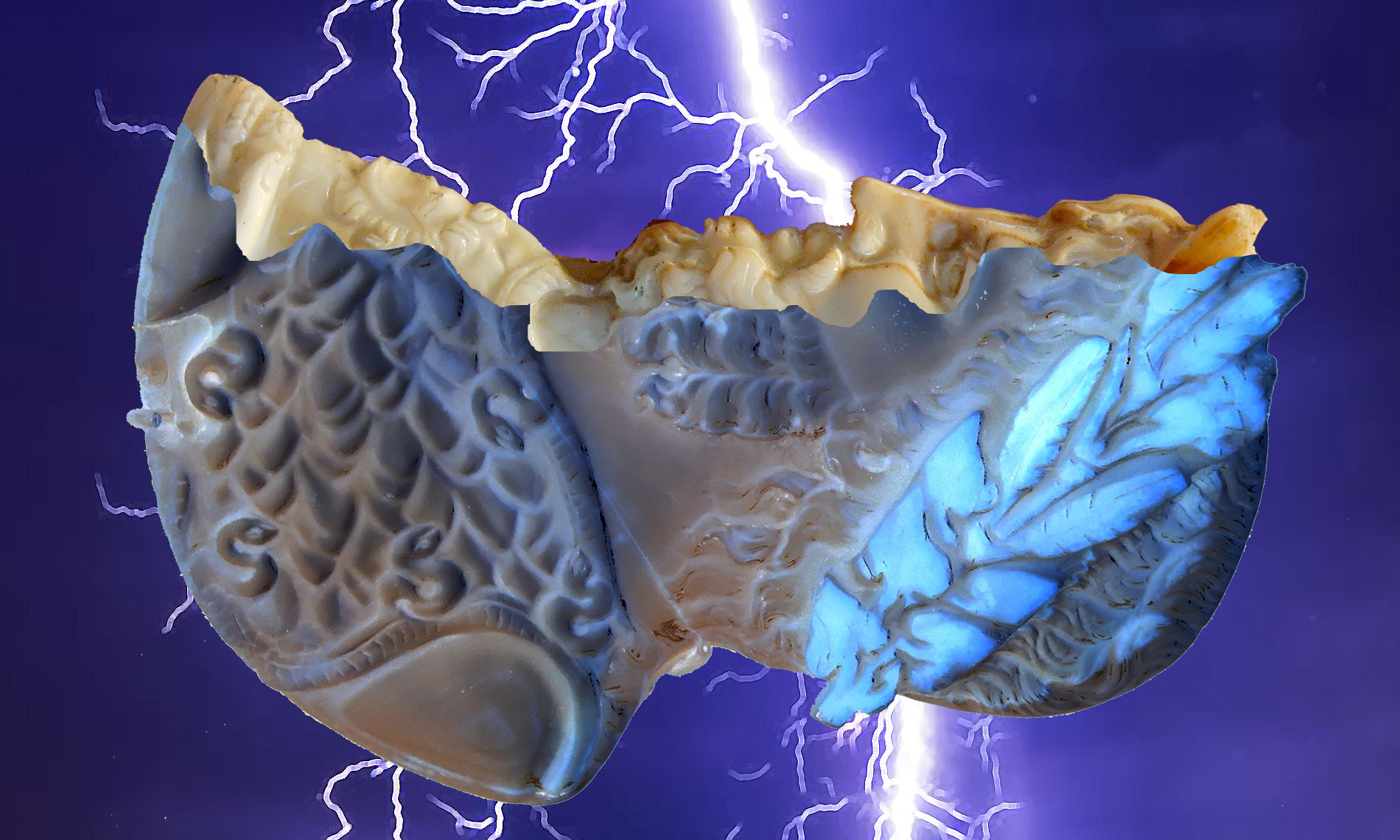 God is dying! God is dead! On Mount Olympus, the emotion is at its peak. At the foot of the divine mount, on the four islands, all the Hyperboreans are desolate. Are they sincere? They seem to be. Now doubt is allowed because of a law that says: “When Zeus dies, whether you regret him or not, you have to cry. Otherwise, death will also be for you.” So they cry a lot on Hyperborea.

The humans below are not subject to this law. For once, it only applies to masters from Alcor, ie angels, giants, devas and other minor gods. The Olympians, they cry if it suits them, and sing if it tells them. The laws of kings are not the laws from below. But the kings of kings have no laws. No goose?

At the top of the palace overlooking Mount Olympus, under the bubble of the panoramic room, Athena dreams. In this place, the masters of the masters come to purge their wave to the soul. They stick their noses in the stars with the great regret of not being at home, in beautiful Alcor, far from this ugly planet earth. This strange evening, Athena is alone with her brother’s lyre. The warrior swapped tears for song. And in her waking dream, the warrior improvises a kind of funeral eulogy for her father. Or is it a pamphlet against a tyrant she did not like?

Father is dead, she sings. Zeus the Great has left us. Never again will we hear his powerful voice thundering death while his arm launched lightning on the land of the little ones. God is dead, Zeus is gone, the god of the gods has given up the ghost, another god must immediately take his place. And now my brother Apollo, according to divine law, is called to reign.
– Touraine? Funny name! Apollo says.

Athena laughs, turns her head and greets her brother whose voice and spirit she has recognized. Apollo is laughing too, taking his sister in his splendid arms.

Wise, courageous, skillful Apollo. He will make a god of the gods better than his father, who had only flirtation and coitus in mind. Hera had to do all the work, God knows there are. No, God doesn’t know it, God doesn’t care.

– Apollo, you are the god of the gods, will we call you Zeus like our father?

(Zeus, that is to say DieuGod. Let us remember that in the Greek language there is only one word, Theos, to designate the two. Zeus is DieuGod, DieuGod is Zeus. And now Zeus-God is dead.)

– Yes, Athena, I will be Zeus. Little ones don’t like change. They will call me DieuGod as they are used to. Zeus will no longer be a living person, but a title. I will be Apollo, the Zeus of men. The little ones will only see fire. Soon the fire God will be nothing but cold ashes.
– It is our fate all! exclaims Athena.
– Shut up, unhappy! Speak lower, a mortal could hear us.
– A human, you mean. All the gods are mortal, and you will die too.
– Not while I’m drinking ragweed nectar. I would take a cut. Do you want some ?

A simple word, a simple wish is enough for the roboserf to run. Here come floating in the air two cups of the best ragweed nectar that can be dreamed of in this distant galactic suburb. The brother and the sister are greedy. We always are for ambrosia. Their cups are emptied at once, they end together in a burst of laughter. The euphoric is already having its effect. The little sadness that the father’s death inspired in them is now dissolved.

Apollo replied with a joke. He can not help making Athena laugh by citing all the gags of humorists of all times and from all countries. And it works every time.
– I’m your fan, little brother. It’s a pity. This encourages you to keep messing around.
– Would you be jealous? If Hera had not abdicated, the patriarchy would not have taken over. And you would be the new Great Goddess.
– Forget me kid, focus on what awaits you. And think about buying yourself a driving more worthy of your new duties.

– Worthy? Like father’s? Rider and rocker, eternal lover, angry and cruel? Is it worthy enough for your taste?
– It’s your turn to lower your tone, Apollo. If one hears you …
– I’m just saying out loud what everyone is whispering.
– Serious imprudence. Good evening, Zeus Apollon. I retire to my apartments.

Imprudence, yes, of course. She is not wrong. And even so? Life is reckless. Don’t let that stop me from living another thousand years. When I think of Zeus longevity! Smart guy! 10,000 years at least. We have stopped counting for a long time. How many hectoliters of ambrosia to get there?

God is dead. And after ? It’s my turn to rule. Then to die too. As late as possible. I wonder what I am going to change in the organization of men. You always have to change something, and then come back to this change if the majority doesn’t like it. You have to break away from Papa Zeus’ style. Show everyone that I am a modern god. I will try to take the opposite view. Hype. Cool. Evolving.

Yeah, that’s what he’s saying to himself, Zeus Apollo. This is how he imagines his reign. But the reality is tenacious, even for the most liars, even for the gods. In summary, the second Zeus did move the lines. I will tell you about his reign soon. I am traveling in this space-time now, enjoy it. Take advantage of what I see.

The reign of Apollo was marked by rigor, geometry and justice. So many qualities completely absent from the time of Papa Zeus. The gods follow each other but are not alike. However, dogs do not make cats. Apollo reigned shortly, and passed the crown to his cousin Prometheus. He has deserved this job, awaiting for such of long time chained to a rock on top of the Ural Mountains.

Other versions speak of Hercules instead of Prometheus, but I do not subscribe to it. Hercules is only a demi-god. A Hero, as the Greeks said. An overly human hero cannot rule over the Olympian gods

The divine dynasty, as I presently imagine it, would be something like this:

The consolidation period is that of the Patriarchs. Four gods follow one another.
The first, Zeus Jupiter, bequeathed his name to the following, which became their title.
Zeus 1st was first the prince consort of the Matriarch Hera,
before becoming the first Great God of patriarchy.
So he had the longest reign.
Zeus 1st Jupiter
Zeus 2 Apollo
Zeus 3 Prometheus
Zeus 4 Orpheus

This is what you might call a table of contents. Indeed, this is the plan of what I will tell you here in the coming weeks. First I will tell you about the Patriarchs. I have already begun. The next article will be devoted to the reign of Apollo. Then comes the turn of Prometheus, then Orpheus. This is the first time that I have experienced exactly how my time travel will unfold. It gives me great joy. A real achievement.

Holy Multi-Gods! We are far far away from the one god, aren’t we?

For Eden Saga, it’s a huge leap forward. The dark protohistory and the luminous mythology have just united under the grains of rice and cheers. The giant puzzle that I started a dozen years ago has just completed a good part of the final picture. So much the better, it’s far from over, it excites me seriously. To write is to enjoy. I am a pleasure-seeker. I write.

After the divine dynasties will come the semi divine dynasties, like the dynasty of Kristos, of Christs, which begins with Orpheus, last of the former gods, first Christ, which continues with Mithra Yves Esus, to end with Jesus the Composite. 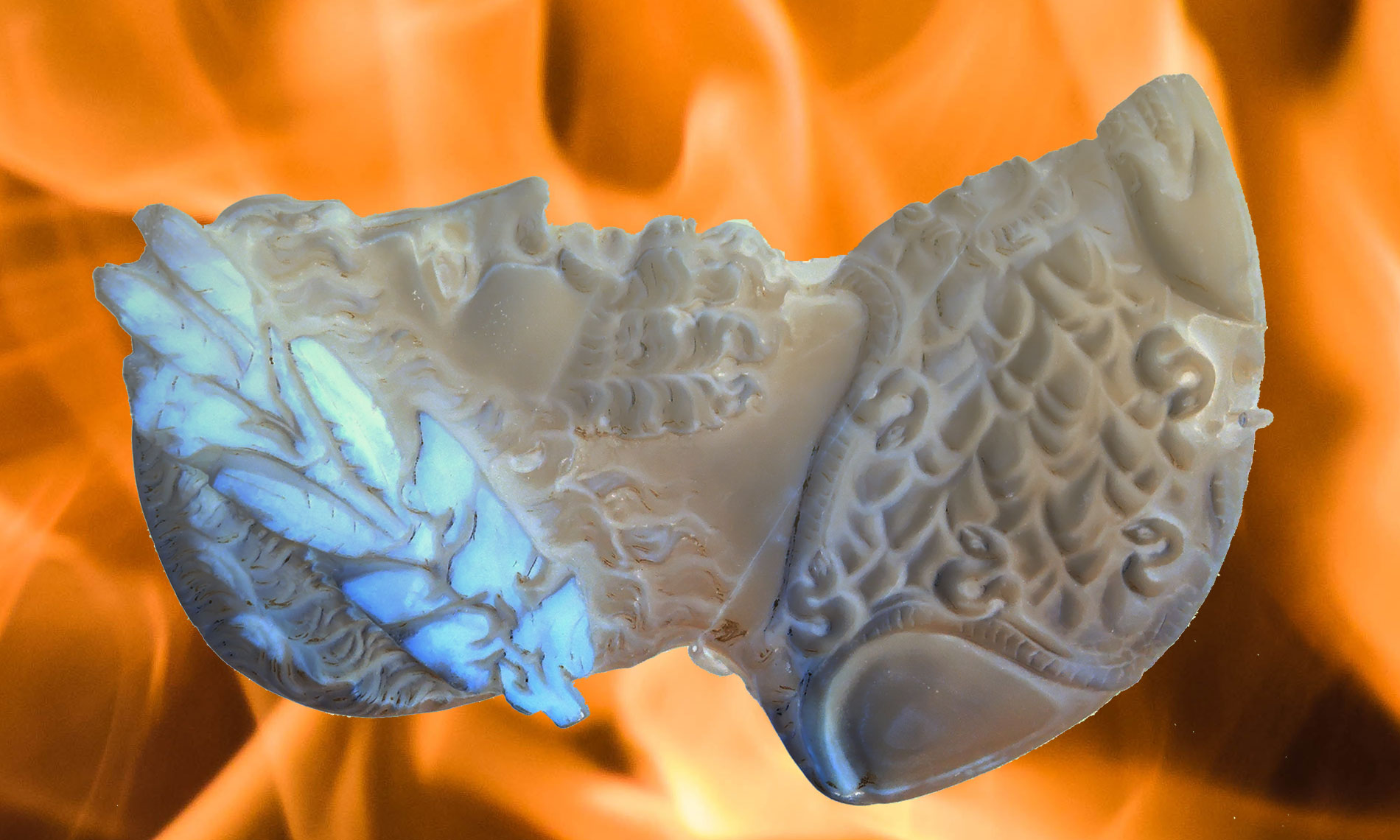 This article does not cite its sources for good reason: they are my own. See Akashic Records and Timeline.