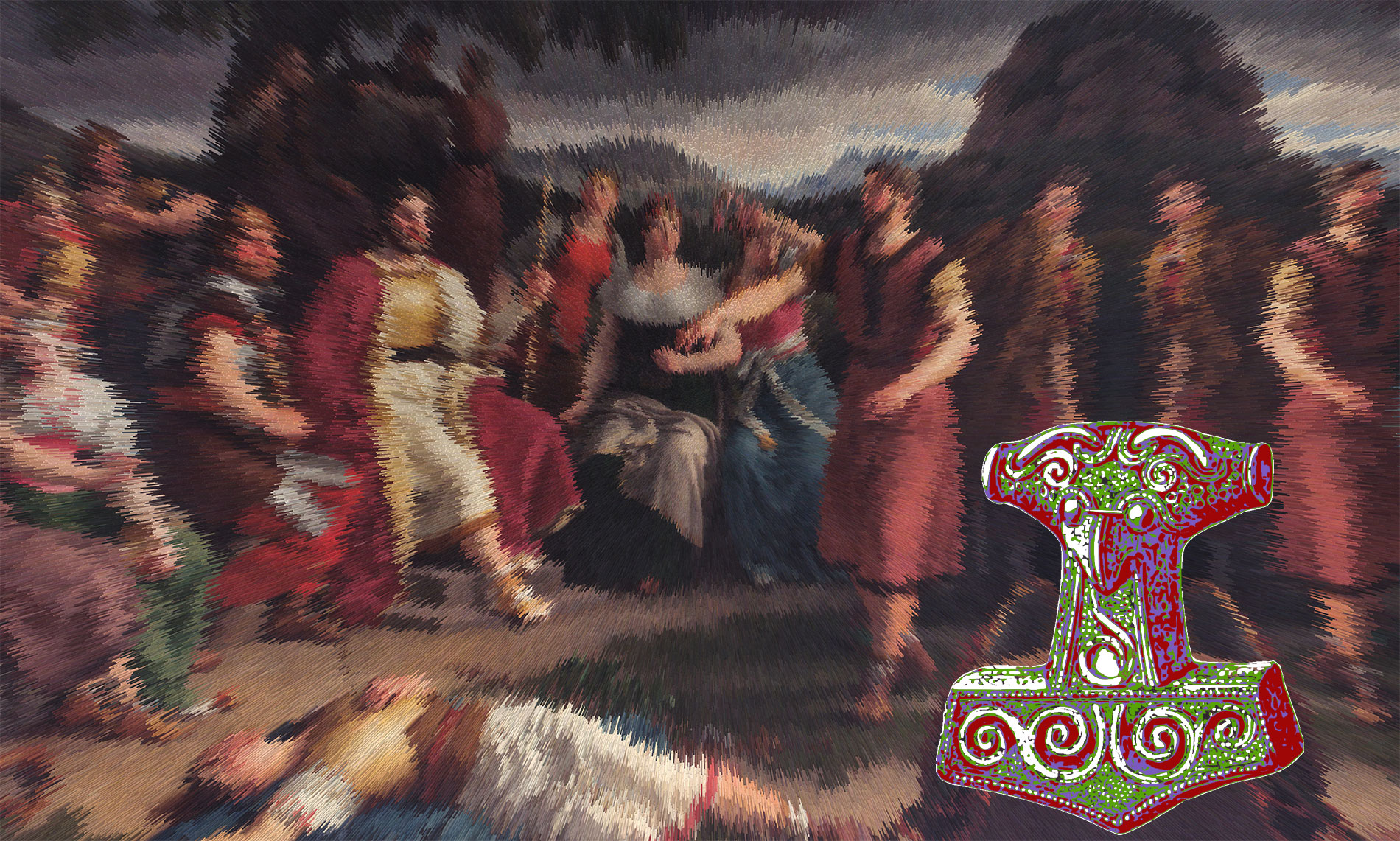 Before the present religions, Europe practiced a single religion, which is simply called the Old religion. From the BretagnesBritain and Brittany to the Caucasus, the Europeans worshiped the same gods, the Ases. Find out their origin and history – outside dogma and without taboo as usual.

“It is curious to study how the continent of Europe took its name, in contradiction with the most natural etymological data.This name derives from the Hebrew oreb or ereb, which means evening, sunset – or Greek European, the dark place, so it would be just for the countries of the East, but false for America, which places us in the rising sun.

Moses called Europe “the Island of Nations” and the sacred writers called it Japetia. The name is used for the first time in a Homeric hymn addressed to Apollo, where the Western Europe is opposed to the Greek islands and the Peloponnese.

We live in Asia

Be that as it may, the etymology of the word Asia interests us much more, because it is in line with our oldest traditions. Asia would come from the Phoenician Asir which means: central, derived from Scandinavian ase = god. This root is the safest because the Phoenicians descended from the Pelasgians whose gods were called Ases.“(source)Robert Charroux, Le livre des maîtres du monde, Robert Laffont – Tchou So spoke the inevitable Robert Charroux, whose wonderful books have spiced up my adolescence.

The Pelasgians are the Peoples of the Sea, who have reigned terror throughout the Mediterranean shores. I mentioned their fascinating story in the article Peoples Of The Sea. They came from the seas of northern Europe, as later the Vikings, and earlier the Hyperboreans led by Rama the conqueror. They exerted an important and lasting influence on all the Mediterranean basin up to Caucasus and Black Africa. This cultural and religious influence is found in the gods names of Phoenicia, Phrygia and Babylon: Astarte, Astaroth, Asmodeus, Ascherah. The root ase is also found in place names, Assyria, Shiraz, Ahvaz, Sea of ​​Azov, Azerbaijan, Kazakstan, Astrakhan … or even in proper names: King Midas who reigned over Phrygia, or else Maestro Charles Aznavour, from the old Armenian family Aznavurian who was probably descended from the Ases …

In Egypt, the root ase appears in the name of Osiris: Ousir also reads Asar, because the ancient Egyptian does not write vowels, like modern Arabic. I explained elsewhere why Osiris is God Hasard.French : chance Nothing is fortuitous, everything comes to an end, chance does not exist, it expresses the divine will, that of Osiris Asar. “Asar or Asari is also the name of the great god of the Babylonians, Marduk. It is also good to remember that in the Book of Enoch the angel-astronaut who initiated humans was named Azazel. Europe, from Gaul to Caucasus, should have been called Asia.” (source)Robert Charroux, Le livre des maîtres du monde, Robert Laffont – Tchou 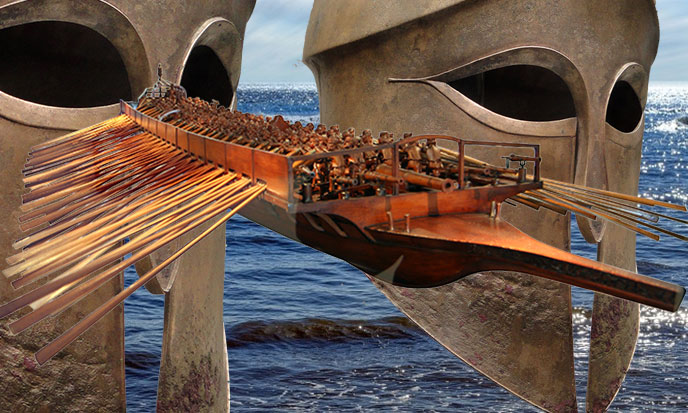 Caucasus, where we find the root ase. Caucasus, that a son of Mother Goose could write: cock ase, associating with the Celtic gods the famous Gaulish rooster. Once again, the language of the birds gives a boost to the history to put it back on track.

Charroux adds further: “According to Strabo and Ptolemy, the Ases people lived at the foot of the Caucasus in the region of the Sea of ​​Azov and Aztrakan, the first homeland of the white race when it descended from the plateau of Iran after the The people of the Ases have nothing to do with the yellow race: in the old Scandinavian poems and in the mythology of the West, the sacred land where the gods live is Asgard or Asaland.” (source)Robert Charroux, Le livre des maîtres du monde, Robert Laffont – Tchou

Charroux is right, and at the same time he is wrong. Yes, the Ases came from Troy, even from the Caucasus, but for Charroux it is not Asia. It would be, say, an extension of Europe, or the markets of Asia. Troy in Asia Minor, as old schoolbooks said.

Come on, Mr. Charroux, the Middle East is in Asia all right. Besides, the Scandinavian legends recognize the fact with the greatest honesty. The prologue to the Prose Edda is very clear, the Ases came from Asia, from Troy in present-day Turkey. Then the peoples of northern Europe mistook them for gods. (source)

For once, these gods have not been relocated. The Celts and the Nordics did not bring them to their homes. But the Ases are not born in Asia either. We could argue the fat end for centuries again, like any good academic, any good Dominican or any good rabbi. I am nothing of that,  I don’t have the taste for quibbles. The truth is elsewhere as usual.

They lived in Hyperborea

The Ases, like all the gods before, came from one place, a country above the North Pole, a magical country whose capital was Asgard – the Olympus of the ancient Greeks, the heavenly Jerusalem of the Christians, and the paradise of all religions.

This country is not a country is the sky. And in the sky a floating island, as big as a planet. Paradise, Eden. A wandering planet, a mothership that houses no less than 30 million gods! One suspects that they do not all agree. They engage in continual fights between clans, and as they did in their image, we piously did the same.

The Ases came from Troy because it was in Troy that they came down from heaven. This is where their shuttle landed. Perhaps they had set up a Solomon’s throne to land there, or did they use the Baalbek or Babel spaceport. In this part of the world, known as the cradle of civilizations, there was a plethora of astroports. The terraforming of Sumer proves it. It can be said that the supermen of Alcor started the terrestrial colonization in Mesopotamia. 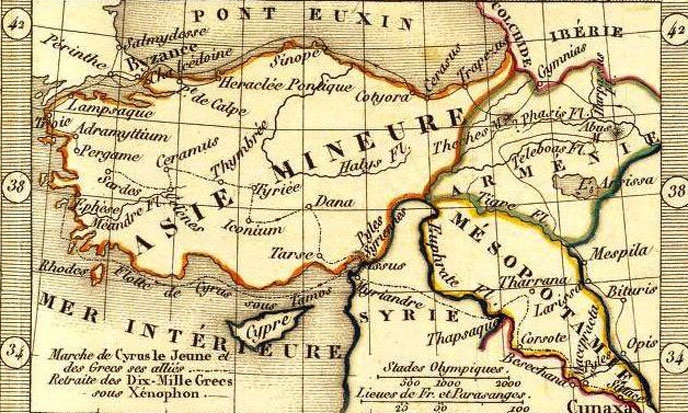 This region of the world has pulled the blanket to it. We only lend to the rich, and the many events that took place there must not hide other facts, more exciting still. Why did the Old religion disappear? How were the exploits of the Aes and their friends from heaven overshadowed by other legends?

“The Hebrews, desirous of imposing the one god, had to satanise the ancestral gods, and the white race having brought about the earliest civilization of the Celts, the gods of our ancestors were particularly targeted. These gods or Ases were Cernunos, Esus, Toutatis, Thor, but the fearsome enemy was Baal of the Phoenicians, both god of the planet Venus and lord of the North”, Baal the Aries who looks like Rama, Baal whose name is so close to those of the “Celtic Gods Bel, Belin, Belenus, Belinus, and Belisama goddesses like the flame.”  (source)Robert Charroux, Le livre des maîtres du monde, Robert Laffont – Tchou

All the Celtic gods have their Mediterranean equivalent: Esus becomes Jesus the Hebrew, Toutatis recalls Thot the Egyptian, and Thor is found in his companion Hathor, the great goddess of Egypt. Hathor corresponds to Hera the Greek, modest wife of Zeus in the official and patriarchal version. Zeus, the god of the gods? Bullshit ! In fact, Goddess Hera was the real boss of the Olympians. Hera. Hathor. Isis. The goddess of the gods

The decline was in progress. The monotheism of the Hebrews cast a spell on the Old Religion. This great epic full of gods and fury traced the saga of our true origins. By the foolishness of a people, the last authentic testimony of the exact nature of the former gods was erased, as had been the name and deeds of Emperor Rama a thousand years before.

The story, the true one, is the one that disappears. The one that remains is a tissue of lies. Facing the power of myths, this poor story is not worth a rabbit fart.