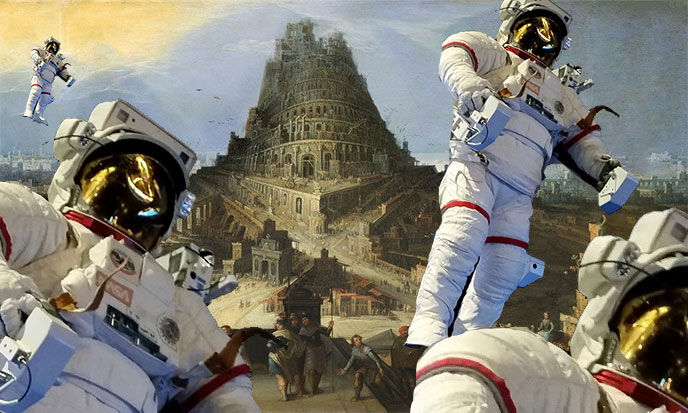 This story goes back to Babel. Like the Tower of Babel, or like a magic trick? It was before the intervention of the civilizing gods, or, to put it better, Terraformers. It was before the end of the universal language. Before the lunar cult is replaced by a solar cult.

What affects the moon is a feminine principle, whereas the solar is masculine. But not in all languages. In German, it’s the opposite: der Mond, die Sonne. For this time, let’s stay at the French version.

Here Sol Invictus, the Undefeated Sun, ancestor of Christianity, accompanies the advent of patriarchy after so many moons of matriarchy. And it’s under the sign of Ram, our good old Ram, that of Rama and his like. Ram, this brawling animal is very present in the Saga of Eden. Under the French version Bélier, meaning Ram and/or Aries.

King Belus, Baal, Bel, Belen, still phonetic neighbors who answer each other in many legends. Could it be that this name is primarily feminine, derived from Belili, the moon goddess of the Sumerians?

If one listens attentively to the legends, one hears this feminine principle at every corner. Moreover, luxury that serves us, the names of the protagonists have a meaning to claim. The goddess of all things, who emerged from chaos, is Eurynome, so aptly named. Why ? Because her name means “the Great Traveler“, which brings us back to our heavenly source to which we subscribe.

And when we can read that name is that of the goddess as a visible moon, whose Sumerian name was Iahu – yes, like ia-u, or yahu, yahoo, a sound that you read by elsewhere– it does not take much imagination to understand how we were given the name of Yahveh.

“We also note that the Hebrew pronunciation is not the right one. We should pronounce the sephiroth YHVH, not Yahveh, but Yahuh. The absent vowels have not allowed the Hebrew tongue to ensure the preservation of the original sound, alas.

It must be remembered that the advent of patriarchy led to the rewriting of ancient history, in which all the names of female divinities, queens, prophetesses and druidesses were replaced by masculine names. For me, Thor never existed. It is the masculinization of the great goddess Hathor, sovereign of Hyperborea, more revered than all other deities of Protohistoric Egypt.

The Ram symbol allows us to date both the episode of Babel and the matriarchy-patriarchy transition. Because Ram is also a time, that of the astrological era of Aries, whose advent dates back to 2000 BCE.

The matriarchy would have been extinguished four thousand years ago, when Ram of Hyperborea took precedence over the Matriarchs, when Aries came to replace the era of Taurus, which one would do better to call the era of the Taure.Wild cow Of the Hathor.” (source)Xavier Séguin 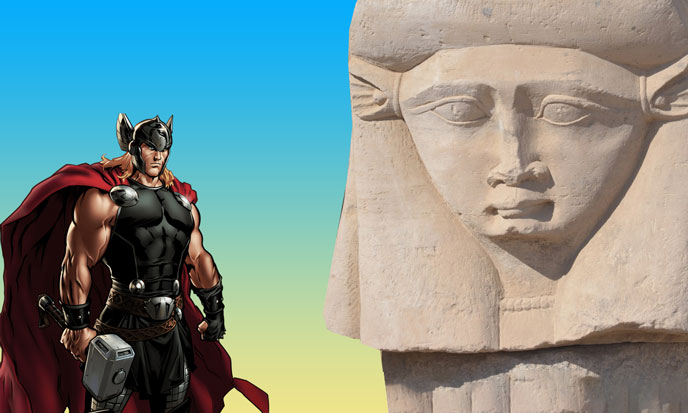 The exercise in question requires flexibility and freedom from vertigo. Navigating at sight between the discomfort of the big gap and the swell of explanations beyond all reason, we risk to pick ourselves up, or more exactly to have us picked up by certain guardians of certain institutions.

Respectful as we are, we will never allow ourselves to dogmatize anything. The only conclusion that suits all these lines is that of an author who is dear to me and who receives the first, to “believe without believing“, excellent mantra to cultivate humility.

In the absence of dogma, let us dare to repeat our deep conviction: a language of origin, good God! has existed, even survived, in different regions of the planet. To take a closer look, this is not illogical. If the upright posture, that of the trained men, has favored language (anatomical reality), it may well have been present a very long time ago. We think (artifacts in support that have nothing of singularities) that this bipedalism is certainly not a fashionable posture, but that it has been in vogue for a long time. The language could be too.

How to name this language? Without wanting to offend anyone, nowhere on earth can one claim to be an inventor of this or that – humans have always enjoyed special conditions, always been guided, helped. Never “one” has invented anything sustainable at this particular place. Aboriginals everywhere may well stop feeling superior to the rest of the human race.

It is best to relate this language to its true initiator rather than to any ethnic group. And this initiator is multiple, it is about She, or Eli and her band, the great boss of the superhuman civilizers. The original language has been taught to us. It is the galactic language, coming from space, and probably spoken in a good part of the Milky Way. There is no superior race, therefore no superior language either, except that of the civilizing gods.

Let’s get rid of the language of the birds, the Goslings, the Bretons, the Germans, the Basques, the Huns and others, who have the merit to exist, at different levels of reading or comprehension, and to remind us that they all derive from the language of the gods. Or rather, God Eli. Unless it is of the goddess Elle.She in French

The mother tongue of our beautiful planet, it has preserved itself in Old German, in Basque, in the Mayan languages, in the rongo-rongo of Easter Island, among the Maori, too. It has reached us by the voice of our mother tongues, all our languages ​​have in them a message of the past, or of the future, which we must take for what it is: a wonderful invitation to wisdom.

Let’s take a few facts. History, always written by the victors, erases or denatures the vanquished, it is systematic. Thus power, in the name of a new and unquestionable new order, makes the predecessor, or the opponent, assume the costume of ignominy, not the most comfortable to wear.

The episode of Babel – it was a few minutes ago with regard to time on Earth – cuts us off from the moment when men were understood everywhere in the world. This episode was meant to separate us from our roots, from our true past, to allow the emergence of what divides us and not what brings us together. 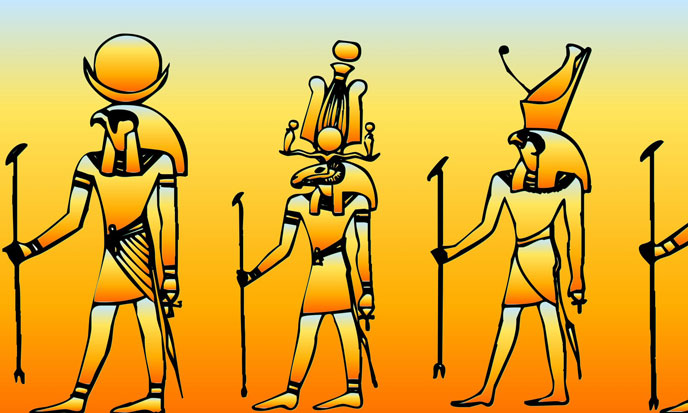 Much later, Machiavelli, very twisted political genius, made his first precept: “Divide and conquer”. And all the potentates followed this sad maxim, a gift from the former gods. So the god Seth, the former administrator of the Earth, was demonized. He has become the foul Satan, so true is it that the god of one religion becomes the devil for the next. Yes, exactly, Satan the new devil has even made his trademark, that tends to prove it …

Eli, then. Or Elijah. Or E. Or Li. Or El. Or Elle.She This God, or this protean Goddess, has left an indelible mark however. Even the editors of the old texts, which for some have become sacred, have not been able to erase that altogether. Except that they made man the woman who reigns from all eternity on this earth and in the sky:

You need chaos in your soul to give birth to a dancing star.