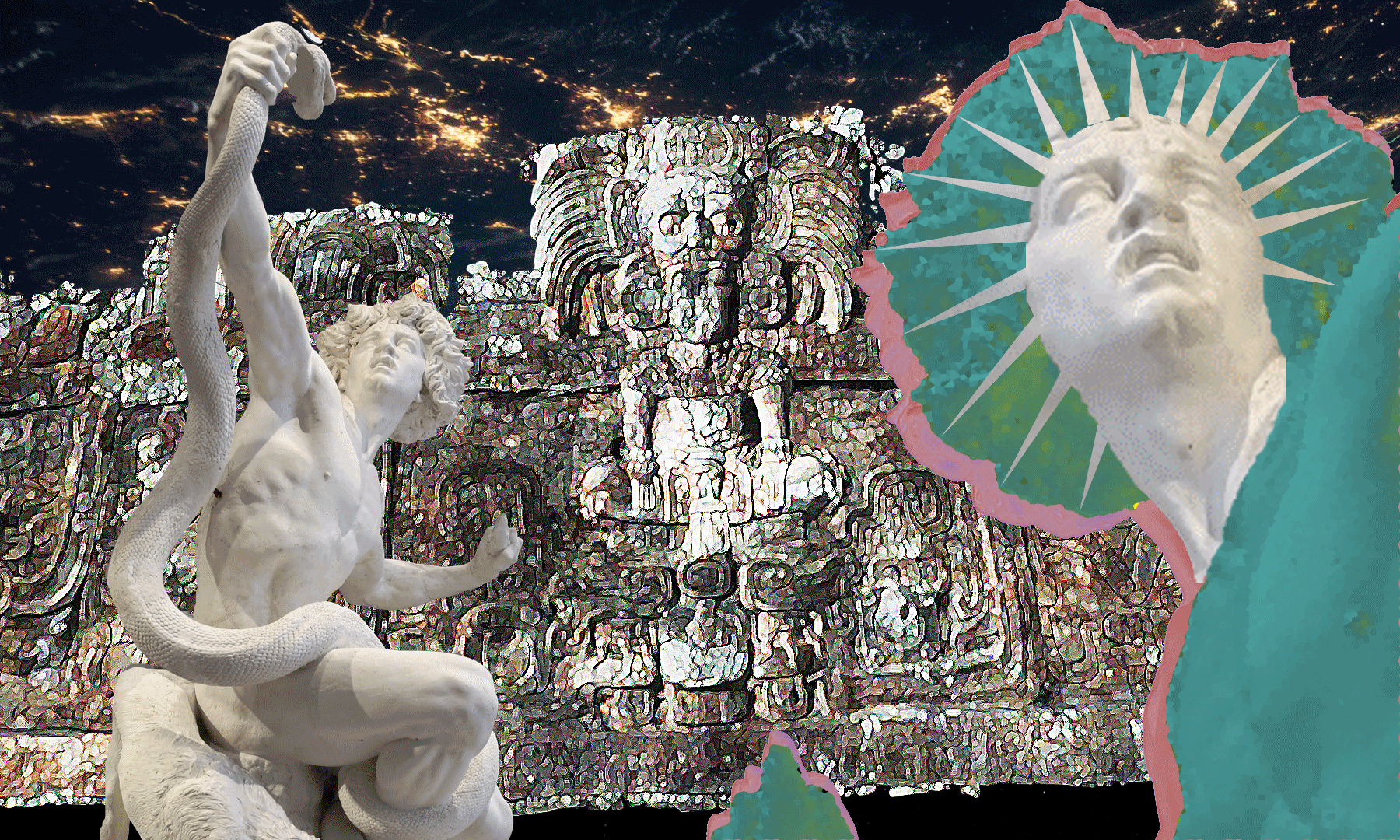 They came from the sky on a planet-sized mothership that housed their wandering population, with factories, labs, workshops, power plants, everything to survive in the hostile vastness. They were bipedal, and apart from their scaly skin, they looked a lot like us. Their mission: to develop the wild planets.

Their appearance was that of snakes. They belonged to the mighty reptile people. Their vast family, that of the dinosaurs, had ruled this planet for hundreds of millions of years, giving them a large advantage over the mammals, our ancestors. They had the right to be here as much as us, if not more. They were back home. I call them the former gods, or the terraformers.

Their culture was extremely ancient and their knowledge almost endless. They or other like-minded visitors began planning this planet infinite time ago, when it was still very young. I have been able to assess the age of their civilization at over four billion years. The development of Ter Ra, started so long ago, has continued until now, respecting the same specifications. If the Terraformers belong to different species, they have in any case acted in perfect concert for billions of years – except for the terrible divine wars which have ravaged the Earth on several occasions.

The Serpents, allied no doubt to another humanoid species, are the wise designers of our human lineage. According to many mythologies — Hindu, Greek, Roman, Egyptian, Mayan, etc. — other intelligent species have ruled this planet before us. Our humanity would be the fifth or the sixth.

For a long time, our masters have watched over the development of the human species. The Bible and other mythological accounts tell us about this distant time when the Gods walked among men. Endowed with a longevity ranging from several centuries to 2000 years, their knowledge and intelligence was much more developed than ours. Necessarily. Suddenly we understand better the educational role they were able to play vis-à-vis our first ancestors.

They were less fond of social relationships or emotional life than we are, preferring the intellect to the emotional. Suddenly some humans found them heartless, without guts, without emotion. But the Serpents thought most humans totally stupid. I must say they weren’t entirely wrong. The human race has a large number of nerds, assholes, clumsy, farters, barjots, guns, delatters, and also many more idiots than it should. This being the case, I bet that there is the same proportion of loosens in reptiles, however developed they may be.

After a more or less long lapse of time, and until historic times, we see the reappearance of small groups of humanoid snakes, which immediately become masters in the countries where they settle. They are called the Serpent Kings. For me, they are the same. They watch over us, they watch us, that’s quite normal, since we are theirs. In any case, the behavior of our ancestors was the same towards snakes, whether they were gods or kings.

The superior intelligence of the Reptilians enabled them to transform humans into cattle, labor, and sometimes slaves. They ruled over our species for many millennia, for so long that our ancestors gave them innate submission. In the presence of the Serpents Kings, terror paralyzed the men who adopted humiliating attitudes, degrading behavior, shameful manners.

The Serpents Gods made a reign of terror until the day they returned home, in the system of Alcor, Big Dipper. This does not prevent some of them from coming back to see us from time to time: the Serpents Kings. In any case, it is a possible scenario from our distant past. 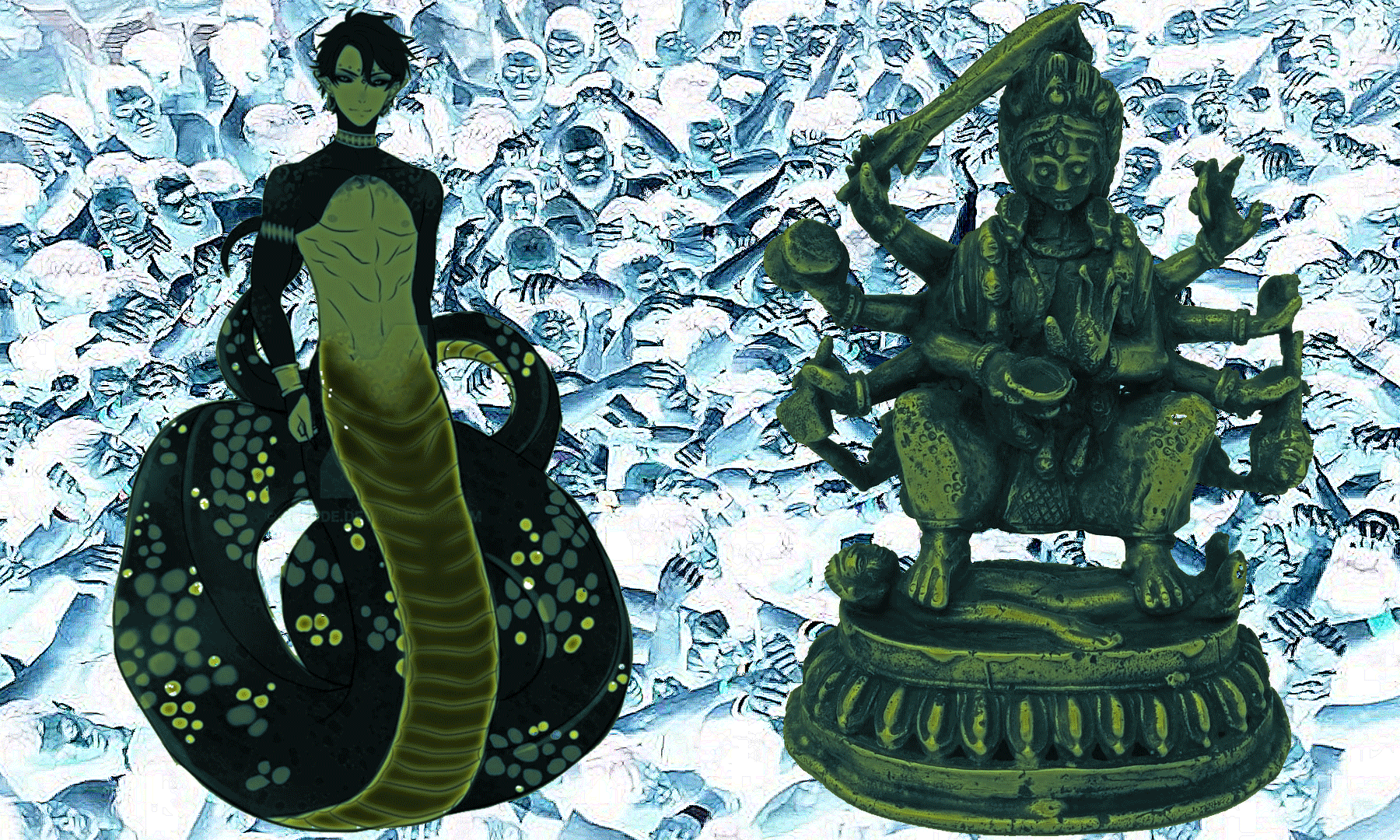 But there is another mythical tale that I submit to your sagacity. He too can claim a certain plausibility. No doubt the two versions have coexisted according to the eras and countries, and according to the character of the local deities.

As far as I know, the Serpent Kings have appeared since protohistory. They ruled this part of the world for many millennia, but they were enlightened rulers, keen to pass on most of their immense knowledge.

They educated the Olmecs in the secrets of astronomy and space navigation. They educated the Toltecs like warriors of light, to become astral slayers. They are at the origin of all the cultures which succeeded one another in Meso-america, to whom they learned architecture, mathematics, cosmology, fine arts and many crafts.

Wherever they have gone, they have brought about peace, development and prosperity. They brought the benefits of a hyper-developed civilization to wild lands that human tribes viewed as hunting grounds or battlefields.

Why are these great civilizers called snakes? Because they were dangerous? However, I don’t believe their bite was fatal, nor that they were crawling on their stomachs. A favorite thesis of neo-archeology features the first evolved beings of this planet, nicknamed the Reptilians. It may be that evolved beings have come from another star to bring some of their blessings here. These are the Serpent Gods of whom mythologies speak.

Two Mayan tombs have been found in Guatemala with “hieroglyphics relating to the dynasty of the Serpent Kings. This family ruled for decades over the Mayan Empire 1,300 years ago and used snake heads as an emblem. . The carved frieze makes particular mention of five leaders who, according to archaeologists, would be the founding fathers of this dynasty which has now become legendary.” (source)

Among the Mayans, it is not a question of gods, but of kings. And relatively recent kings.

In the Mayan language serpent is said KAAN, to be compared with the Hindi serpent KAAsee The Jungle Book and the cursed son of the Bible, CAIN, who could well also belong to the Snake People, to the order of the Reptilians. So Cain and Abel, the two sons of the first man Adam, would represent the reptilian branch and the human branch. Which suggests many other scenarios as to the true origin of our species, which will remain an inextricable mystery for a long time to come …

If the Serpent Gods are mentioned in many mythological sources, the Serpent Kings are rarer and more recent. Outside of the Maya country, they are found in the Middle East – the Assyrian vulture snakes, in India and perhaps elsewhere in the Far East, Korea or Japan for example. 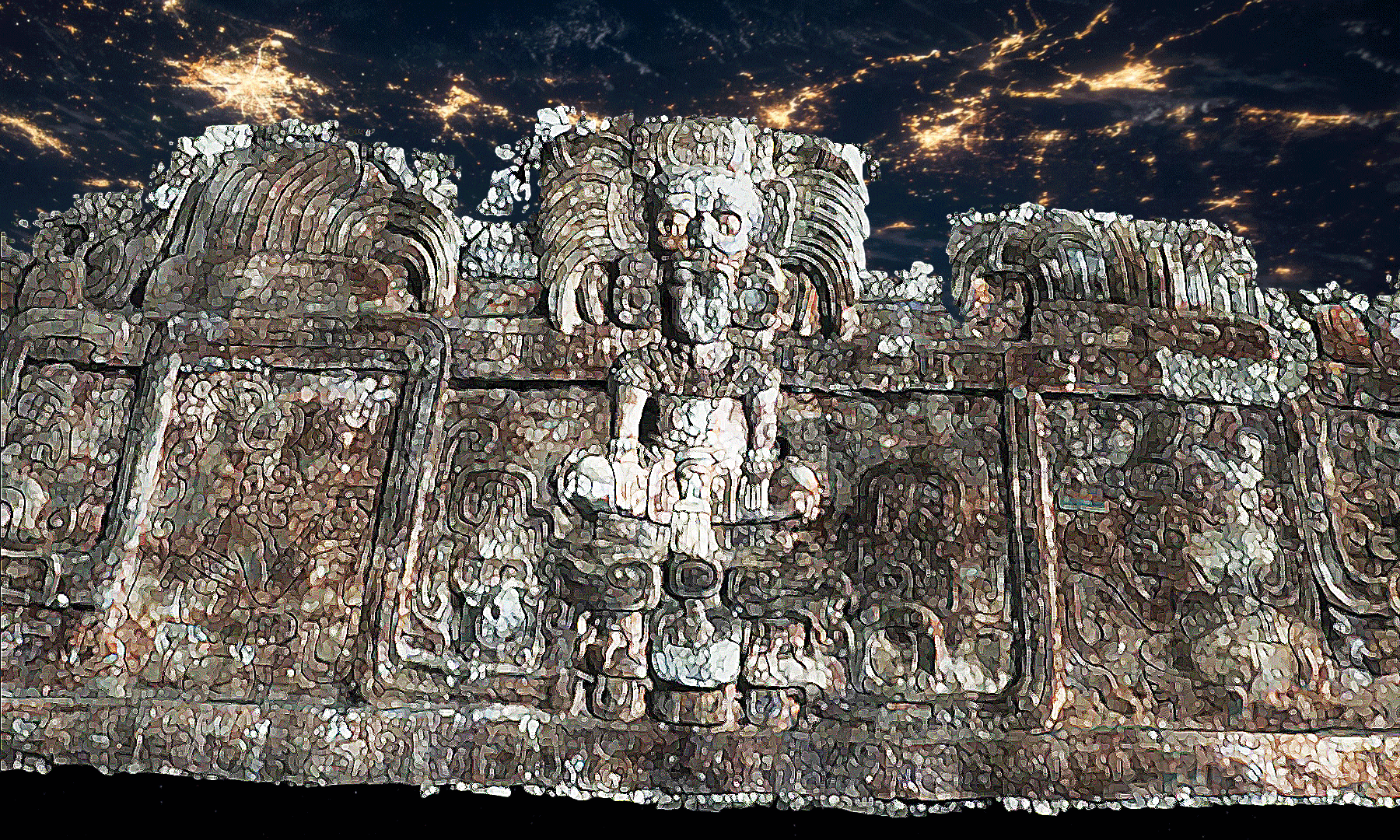 The nāga (नाग or serpent in Sanskrit) is a mythical being in Hinduism, but the word also basically means: serpent. The nagas in religion guard the treasures of nature (source)

… just as dragons keep treasures deep in their caves. now extinct, dragons are flying Reptilians, cousins ​​of snakes and lizards. On the other hand, at the time of this writing, I cannot say whether the dragons included in their ranks beings as evolved as the Reptilians who created us. Given the absence of a mythological source, I lean for the negative.

Many temples in India worship a serpent statue; the serpent is also the symbol of kundalini. Fertility and immortality are also their powers. (source)

The Reptilians placed awakening at the top of their concerns. When the serpent of the Garden of Eden offers the first human couple to taste the knowledge of good and evil, it helps them to grow by offering them awakening. And that does not please God the Father any more than the priests of today like the awakened ones and the mystics. It is true that the latter seriously compromise the schemes of the former: think so, they are telling everyone the truth! A shame !

As for the pastors, they are no better, them whose title makes the keepers of a flock of bleating sheep. Ameeeeeeeeen!

The motif of the serpent king Mucalinda housing the Buddha under his hood is a favorite theme in Buddhist art, including outside India. (source)

Should we conclude that the teaching of the historical Buddha came from the very ancient wisdom of our Reptilian fathers? Which is not to displease me, I who believe that the first Buddha, true initiator of Buddhism, was called Rama, child of Hyperborea, heir of multimillennial wisdom of the Reptilians.

Rama that the Asians pronounce Lama, hence Lamaism which is Tibetan Buddhism – in my opinion, the ancestor of Buddhism through the old religion of the Böns.

I come across another quote which reinforces this conviction: “The great sage Nāgārjuna,“ Prince of Serpents ”, was initiated by the snake kings in the certainty that all is empty (śūnya). It is he who thus brought to men the completed Buddhist teachings, those of the Mahāyāna.” (source)Slusser 1982: 359

It is true that his name, Prince of Serpents, does not refer to his reptilian origin but to his talent for reasoning. Unbelievable was his skill at puffing the head of his audience who nodded under hypnosis. Well, that’s what they say. Nothing prevents from imagining that this dialectical talent came to him from his serpentine inheritance. Son of a King of the Serpents, the Prince of the Serpents was also a brilliant orator and a manipulator of the first order. Where’s the bug? For me it holds. Until proven otherwise …which I will be sure to advise you here.

I remain convinced that Homo reptilis persisted among us until a quite close period. Maybe there are still some? When we look at some old politicians, we can ask the question. Vice and debauchery can be read on their faces where, under the grazing light, scales can be seen on their dry scaly skins … With age, what we are inside can be clearly read on the face. 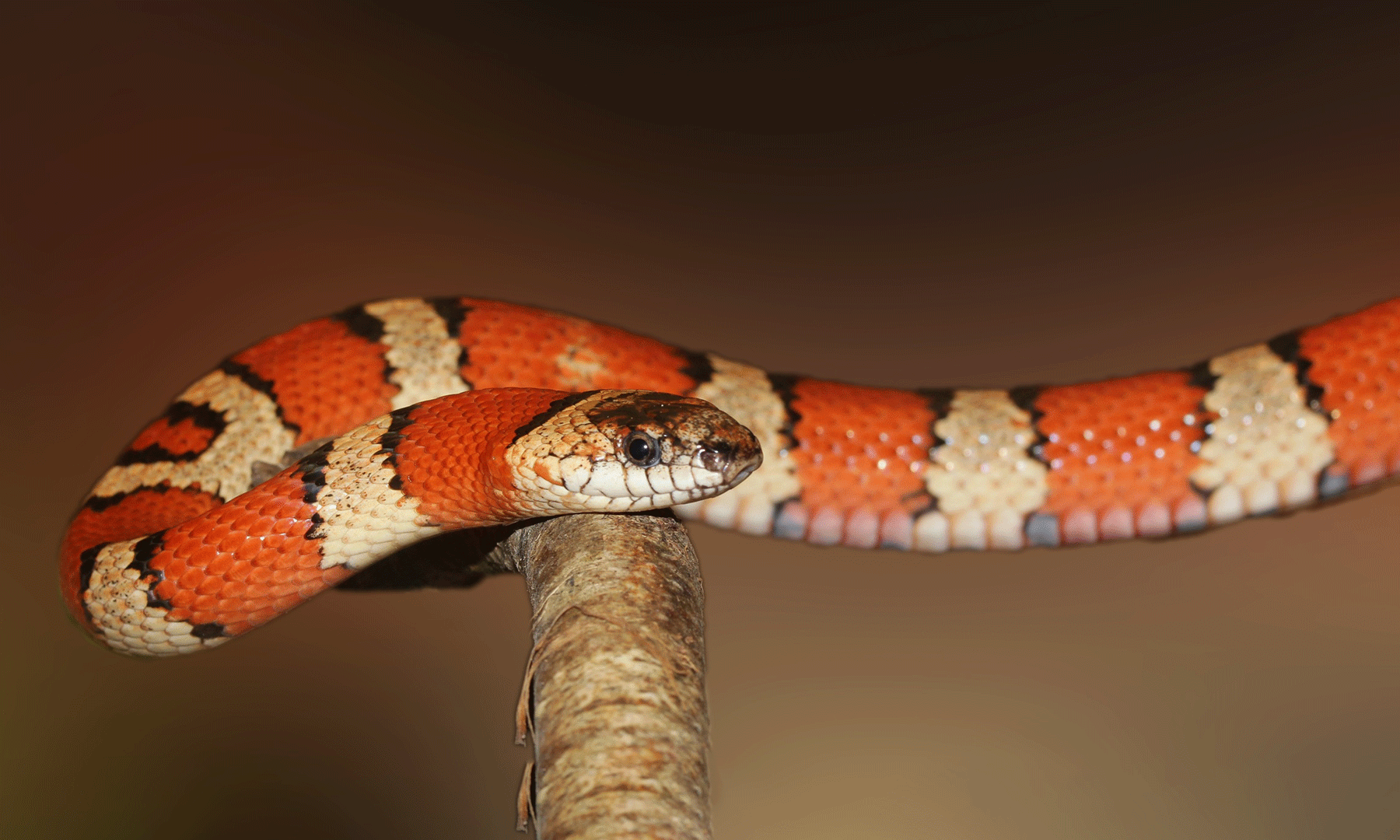 But there is something else to add about these critters. I quote: In Nepal, the Nāga are linked to Amoghasiddhi of which they adorn the canopy and to Dīpaṅkara of which they are the ‘vehicle’. (source) Vehicle of the gods, that must be taken literally. Were the reptilians the pilots of flying devices of their manufacture? Aviator snakes at the orders of the new gods? Who then had control of the airspace? What about space?

In any case, one thing is certain: the gods owned vehicles. All kinds of vehicles. So we can imagine that the snakes themselves are a vehicle for the gods? Maybe because they were flying snakes, like dragons? Frankly, gods riding flying snakes, that must have had one of those faces! Besides, snakes with wings are dragons, right? No need to look any further.

The gods arrived on earth perched on their dragons, which caused panic and panic among our ancestors. We understand them. With a single jet of flames, these dirty beasts could slay a village …

In Nepal, the Nāga are linked to Amoghasiddhi with which they adorn the canopy and to Dīpaṅkara of which they are the ‘vehicle’. (source) Vehicle of the gods, maybe because they are flying snakes, like dragons? Frankly, gods riding flying snakes, that must have had one of those faces! Besides, snakes with wings are dragons, right? No need to look any further.