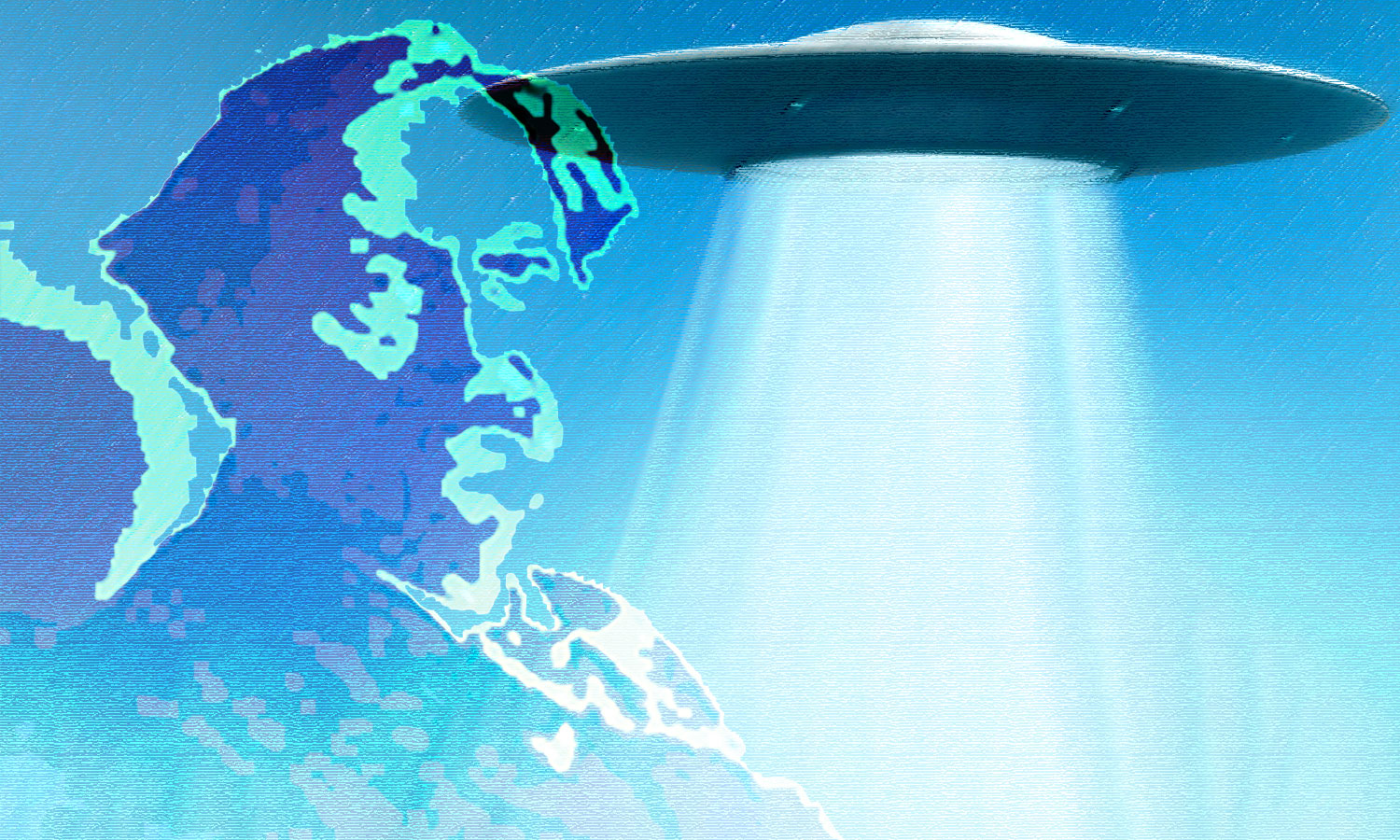 What solar arch? A sun in the shape of an arch? Yes, but not like Arc de Triomphe or Arche de la Défense. Rather like Noah’s ark. A large light ship were many beings are piling up. Millions actually. This large vessel would be a mother ship. It would serve as an advanced base for tens of millions of supermen who came to terraform our planet…

No surprise if I tell you this is the umpteenth name of Hyperborea. Recurrent story. How many names have I not spotted to designate Hyperborea, its Greek-Latin name? Dozens, at least! Still. If my delusion was bogus, why would I find confirmation in so many ancient texts?

Thus Edouard Schuré explains in his famous book The Great Initiates that the Solar Arch designates the Temple of Osiris. What does the great Schuré sin by omission… Perhaps voluntary?

Why, Mr. Schuré, why does the Solar Arch designate the Temple of Osiris?

Osiris, Enki, Prometheus, three names for the same superman. Osiris is his Egyptian name, Enki his Sumerian name, and Prometheus his Greek name. We can even add a fourth one, Lugh. So the Celts call it, but it’s always the same one. While we’re at it, give me a fifth, Thor, his Scandinavian name. I could play this game for a long time … Stop! You got the idea. All mythologies tell us the same story. In a beautiful unanimity that we would like to meet more often among historians.

Osiris is called the blue god. He is depicted with a skin of this color on the pyramids paintings. I think it’s a cover-up by racist and racialist whites long after the Osiris era. I am quite convinced that this god — like Rama, Krishna, Lugh and many others — belonged to the black people. An innovative hypothesis argues that the Celts and Vikings were once black skin. That does not surprise me. Nothing surprising in the fact that this very ancient people, the first of all, has been judged divine by the other peoples, white, yellow, bistre etc

Divine Blacks because their very ancient civilization has made them beings more evolved, more learned, more technological than other Asian or European civilizations, much more recent. Blacks were the first teachers and masters of this humanity, fifth of the name. They conquered all continents without excess of violence. They colonized Europe, Asia, Oceania and even the Americas. There were black people on this continent long before Christopher Columbus’ arrival.

The flying arch was the place of Osiris. This god of the gods belongs to the very first days of our humanity. Although he appeared late in the Egyptian pantheon, in my opinion he designates the primordial god. He from whom everything proceeds on this planet. Our Father. God the Father. And the Mother Goddess is Isis, her beloved, who gave him a posthumous son, Horus, who is said to be brighter than the sun. Isis was black like Osiris, and Horus is as black as his parents.

Place of Osiris the divine master, so temple. The gods live in temples. And the temples built by men are symbolic replicas of the sumptuous palaces of the former gods, from the time when they lived on earth and in heaven. As a Mediterranean legend says, the gods have a palace in the sky and other palaces in “the sky above the sky”.

The sky designates Hyperborea or the Solar Arch, and the sky above the sky designates the planet of origin of the former gods, namely OUR, system of AlcOR, constellation of the URsa majOR – UR & OR being the sacred phoneme. This article exists in French only. English version doesn’t fit.

The temple of Osiris is therefore the Saint of the Saints of Hyperborea, the palace of Zeus on Mount Olympus. There are two Olympus mountains in the solar system: one in Greece, the other on Mars, with the Latin name Olympus Mons. There was a time when there were three. The first of the three has disappeared for now. It will come back. It is the central mountain that dominates the four districtsFrench: quartiers of Hyperborea, the four continents that the Celtic legends call the four islands of the North, or the island of the Four Masters. 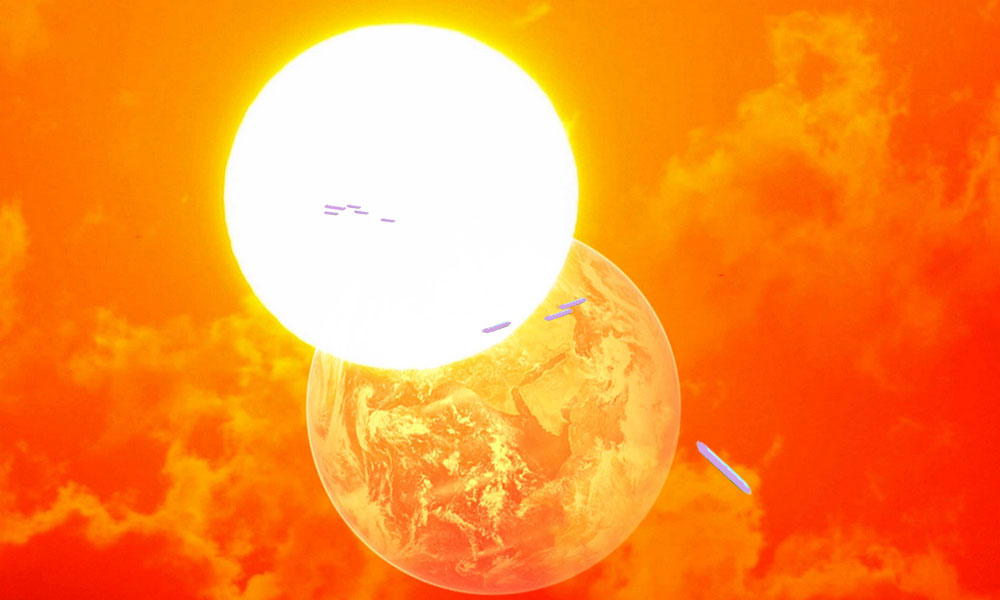 Hyperborea carried and still carries a host of names. Each of them clearly reveals an aspect of this flying island populated by black and divine supermen. They know how to fly, they lift huge loads, they are bigger, stronger and more beautiful than us, they made the sky and the earth. These are the gods.

These gods lived so long that our ancestors believed them immortal.

For the Shivaites, the supreme god Shiva has two Paradises. The Kailâsa, Kailâsha or Kailash, is the second of the Hindu paradises; it is located above the sky (Swarga). It is the abode of Shiva. It is identified with Mount Kailash Parbat of Tibet (6715 m). The Hindus suppose that Shiva and the god of riches Kouvera, fixed their sojourn in the Himalayas. They each have their own city and their own palace. Alaka is the city of Kouvéra, the city of Shiva is called Shivapoura. To be admitted to this double paradise, one must have spent his whole life in the worship of Shiva and his lingam.

Double paradise, note the formula. A paradise located not on earth, but above the sky… It is Hyperborea. I have shown that it is an artificial planet, what is now called a mother ship. Hyperborea is the geostationary intersideral base from which the «astronaut gods» terraformed this planet. This wandering planet comes back when the need arises. And for us, it’s no fun. The gods are harsh, demanding, painful, abhorrent most of the time.

Its names are innumerable. Everyone will choose his own. It does not matter, since all designate the Solar Arch. When the Sumerian tradition evokes the planet Nibiru, it speaks of Hyperborea. Mount Olympus, where Hera, Zeus and the Greek gods live, is another metaphor for this paradise in the sky. When the Romans practiced their religion Sol Invictus, Undefeated Sun, they worshiped the former gods in their large vessel above the pole. The Bible calls it the Garden of Eden, (listen) or the earthly paradise, not because it was on earth, but because it was not far away and its mass occupied half the sky. When the Middle Ages speaks of Celestial Venice, it still speaks of Hyperborea. Celtic mythology calls it Gwenwed, the sphere of white light brighter than a thousand suns. (source)

And when the Shaivite texts speak of the Northern Mountain, what else do they mean? Some Chinese texts specify that this very high mountain is located at the North Pole. Listen. There is no mountain at the North Pole, neither high nor low. There is only ice. No mountain… except the one that occupies the centre of the mother ship Hyperborea… Remember that this word of Greek origin literally means above the North Pole. High above, up in the sky, yes, you read right. As the flying island of Aeria described by Plato….

The Hyperborean Solar Arch does exist. It returns whenever a serious threat hangs over its planet. Yes, her planet, the one she chose, cleaned, landscaped, planted and seeded with the genetic banks of her laboratories. His presence is everywhere for those who know how to see. One finds the visible, though distorted, trace of it in all the religions of the globe. The garden of the delights of the ancient Mazdean religion is Hyperborea. Nibiru, the wandering planet of the Babylonian religion, is Hyperborea. The Tlalocan, the paradise of the Aztec or Mayan god Tlaloc or Chad, located at the top of the highest mountain of the Andes, is Hyperborea. Olympus, the paradise of Zeus and his divine friends, is Hyperborea.

Such unanimity surprises anyone – except a historian. Hyperborea is the land of the demigods Tuatha De Danaan, who are said to be Elves. (source)

“In Irish Celtic mythology, “the Tuatha Dé Danaan (the people of the goddess Dana Ahn, ie Dana the Ancestor) are gods from four northern islands, Falias, Gorias, Findias and Murias, from which they bring five talismans, the spear of Lugh, the sword of Nuada, the cauldron and the club of Dagda and the Stone of Fal.” (source)

There is every reason to think that other “quarters” come from the Tuatha: the functional quadripartition imposed by Rama in Europe and Asia, and that India has kept in the form of the four castes, the four colors of the tarots then playing cards, the four branches of the swastika and the first Celtic triskell with four arms,which should be called quadriskell, the four orients north-east-south-west, the four kingdoms, the four gospels from the four founding texts of Celtism, the four animals of the evangelists, and the mystery of the Tetramorph, the four equal branches of the original cross, the four yuga, the four enemies of the warrior, and all those I forget. Starting with the word quartierneighborhood, and the division into four sectors of the Roman camps as ancient cities. 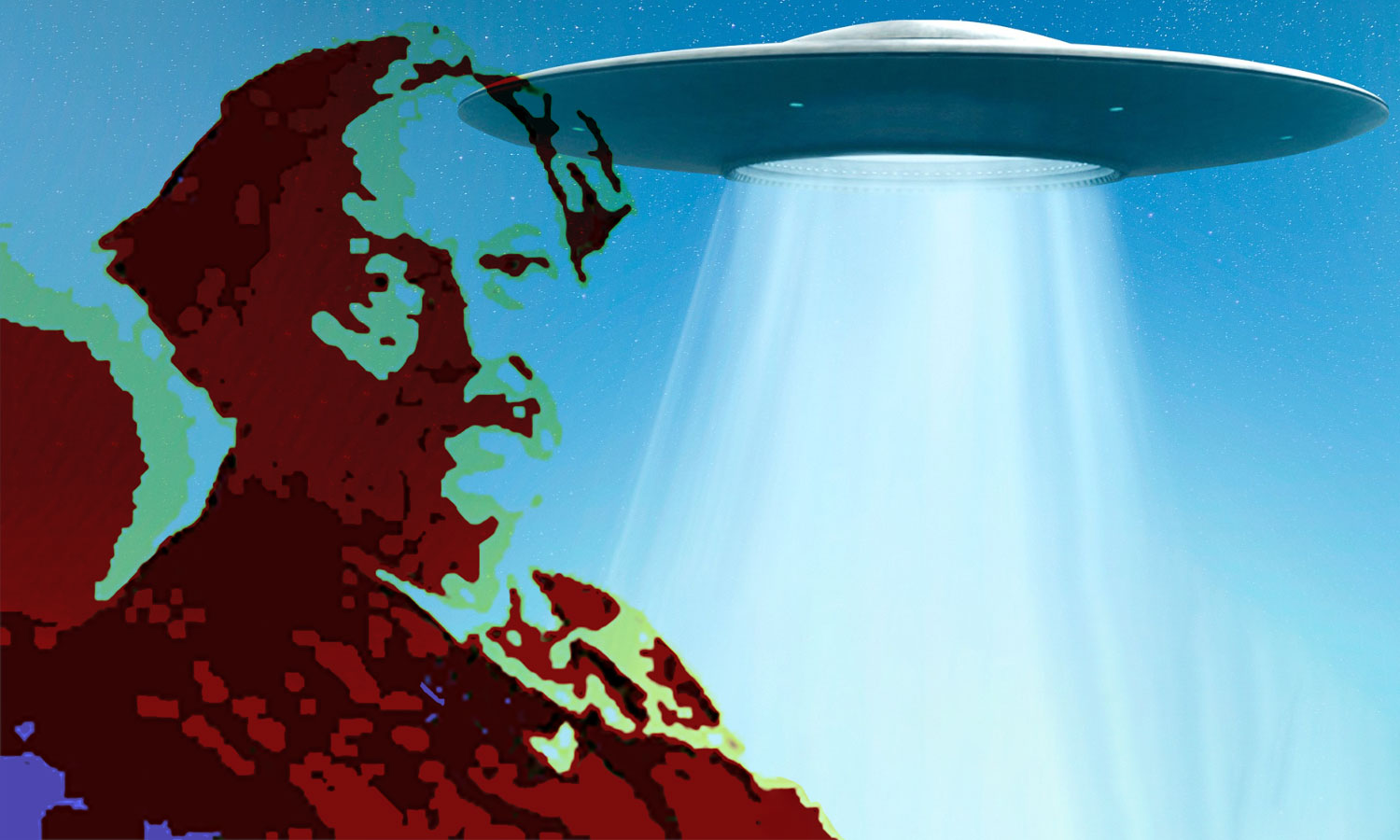