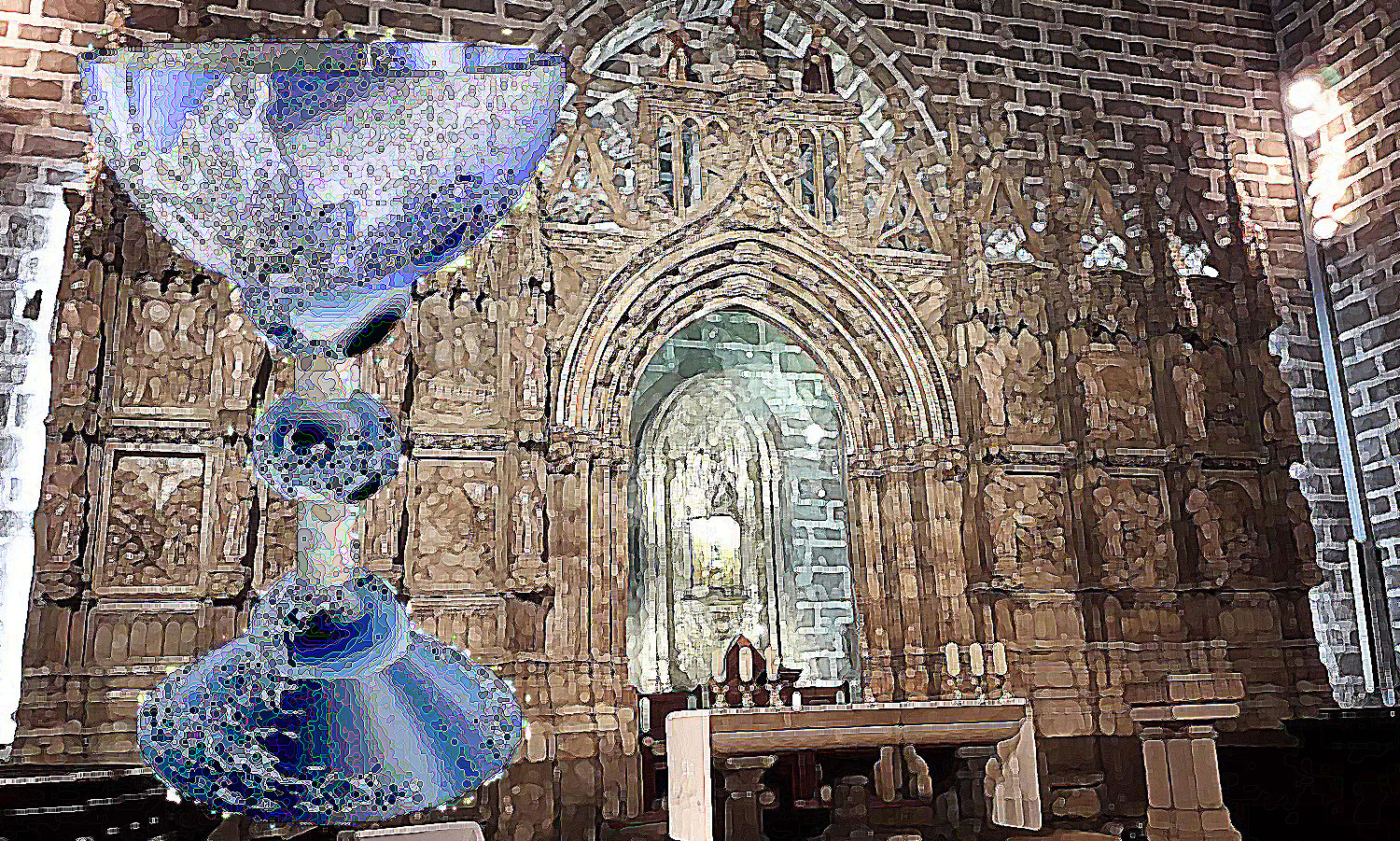 No it’s not a hallucination, I consciously exited the body twice as a teenager. I have found that to live, the body is not necessary. We can live without. The body is rather awkward. First certainty on what has unfolded my life. Understand death. The meaning of life. My quest for the Grail.

We all have a quest to do, it’s the meaning we can give to life. Or not. Many don’t care. But apart from his sacred quest, the human being is only a straw in the eye of the sun. Immediately he burns and does not remember. Very little for me. Grail in hand, I do the quest.

My Grail lives in the intimate being. Certainty cracked by doubt but still certainty. Life after life. I found many memories of past lives. Previous lives or interior lives, I have known lots of them. If I had so many before, there may be after. Not true ? Die as we change the channel. Zap another program but the music continues.

Of course I think that to reassure myself. Faith is made for that, to reassure us. To believe in God, in Allah, in Buddha, in Shiva, in Rama, in Wakan Tanka, in Lady Gaga or to believe in oneself is to believe anyway. What’s moving us.

The most difficult point for the warrior consists in finding the balance between two irreconcilable poles which he must nevertheless reconcile. Straddling the Bosporus, one foot in Asia the other in Europe, one eye presbyopia the other hyperopic. Faith and doubt. Believe it and don’t. Knowing without memory born of the instant now.

As the computer is constantly recreating its environment, our world of illusion is being recast every moment, several billion times per nanosecond. Which is quite a fucking lot. Like the printing press which can only reproduce dots, lines of dots, sea of ​​dots, rainbow of dots, like computer science which does the same with a multitude of pixels, our world is unraveling and remaking itself constantly and endlessly.

Too fast for my mind to perceive each image, too slow for my quick spirit which flies and isolates a bunch. Stopping time, I can easily distinguish each image and understand all. Our lives, like films, are a long succession of sensations. Continuity is an illusion. Duration is only a collection of moments forming a sequence. 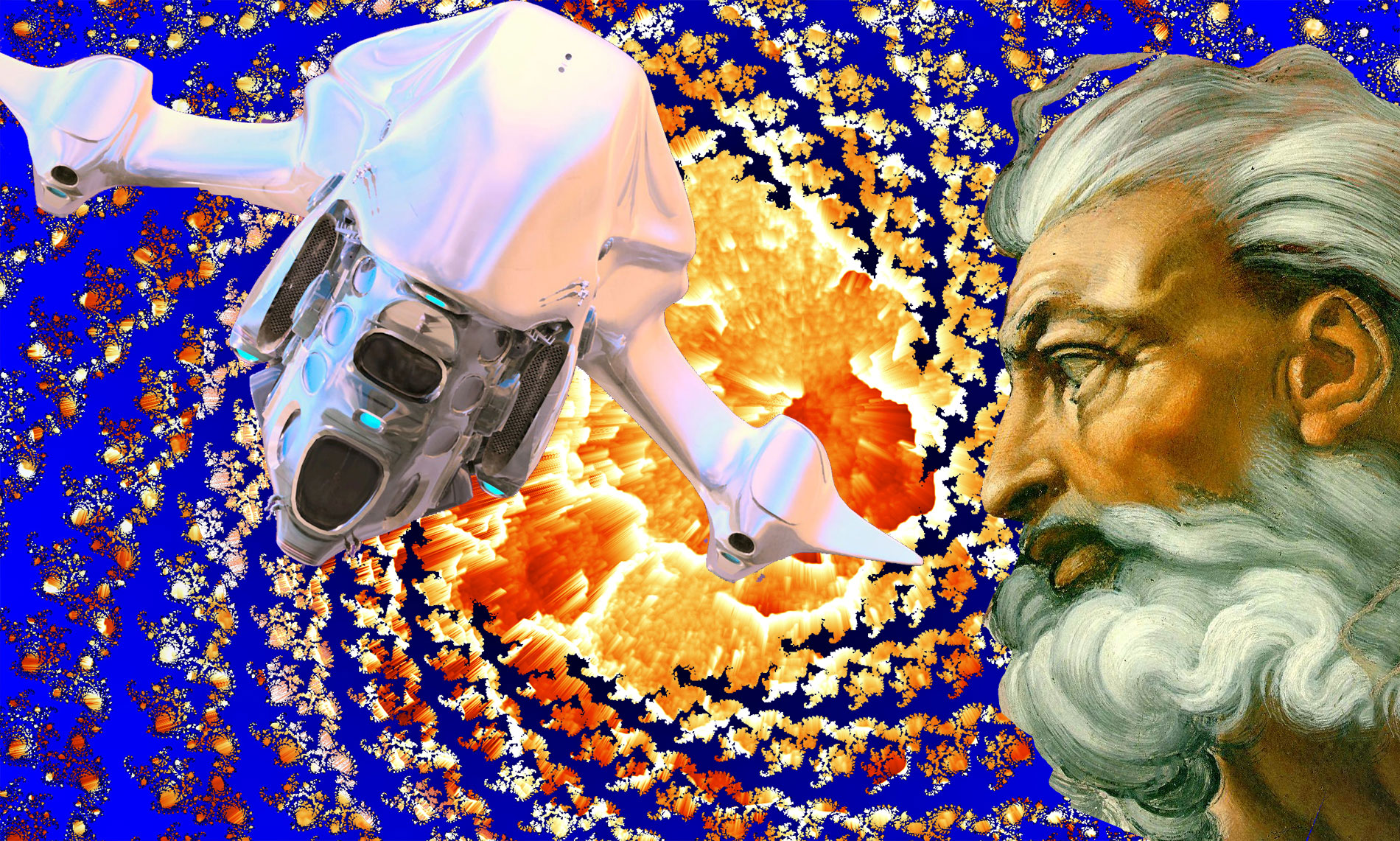 Certain instants of the temporal sequence can be very different from their neighbors. Yet the slowness and laziness of our mind allows us to discern only a relatively uniform continuous flow. The brain fills the holes with roughly which it makes as it goes.

It’s that kind of mentalized sequence that we call a moment, or a moment. We have to be more precise. The real moment is a pixel of time. The instant pixel is so tiny that we are not aware of it in normal times. Completely imperceptible to the average man, it therefore escapes scientists. They are unable to stop time. Only the sensitive have access to the web of reality.

Zeno of Elea, a pre-Socratic Greek philosopher, was endowed with extraordinary discursive thinking. He knew how to understand as accurately as possible the works of wisdom which fell into his hands. He had this intuition, or did he read it, still it is that he developed the idea in its famous paradoxes.

Paradox of the arrow. A flying arrow is actually stationary. Indeed, at every moment, it is in a space equal to itself. It is therefore at every moment at rest. If we break up the movement into a series of moments, it cannot move, since it is constantly at rest. (source)

There are others that you will find here: (source)

It happened 25 centuries ago – bravo to Zeno. It goes to show that some Greeks raise the level, and that the more we go back in time, the closer we get to the source of all our knowledge. Our masters. The former gods. The terraformers of this planet. They taught our ancestors everything, live, and not through sleep as they do now.

Zeno read one of the inspired works which were still circulating in his time, before the great fires which ravaged the richest libraries, like that of Alexandria. Like other philosophers of his time, he had access to these sources that we no longer have. But he, at least, had the merit of exposing it without distorting it. All thinkers are grateful to him.

Zeno! Cruel Zeno! Zeno of Elea!
Have you pierced me with that winged arrow
Who vibrates, flies, and who does not fly!
The sound gives birth to me and the arrow is killing me!
Ah! the sun… what a turtle shadow
For the soul, Achilles motionless with long strides! (source)

What does it change ? Everything, from top to bottom. Our universe is incomplete. There are holes in the Gruyère.A French proverb – Swiss Friends, sorry for this very French mistake! The soup is stretched out in the tureen.

Through these holes, these slits, these voids, an infinity of parallel universes interfere and slip. They are going everywhere, between us, in us, we are filled and fed up with them. That’s all. Then we no longer wonder about the possibility of extraterrestrial life. Life is everywhere. Exo-planets are populated with scattering exogenes and exo-people who set off on long journeys to conquer living space.

Life is so made that it manages to conquer the most hostile environments. Extreme heat, arid drought, terrible cold, absolute darkness, pressure, absence of oxygen, toxic gas, nothing rejects it, it blooms on a frozen pebble propelled at full speed in the intergalactic infinity.

Life seems at home everywhere in matter. Besides, it does not need it, astral life is going very well, like all the invisible ones, egregores, specters etc. which are sometimes visible. Dogs, wolves, cats, horses perceive them very well.

Life has such a capacity for adaptation that one cannot imagine a single place from which it is banished. If antimatter exists, life is there too. No space, no time exists without life. Life, and life alone, gives meaning to the whole bazaar. At the origin of life, there is love. And the light.

Worse yet, our existence is threatened. Not tomorrow, yesterday. All the time. Always. Why ? Because our universe is virtual. It looks in every way – in every pixel – like a computer environment. It doesn’t have more consistency, so neither do we. We are avatars. Who drives us? The gods, I wrote. Who are the gods? Ourselves? Why not ?

Me god according to, in the diamond perfection of the astral, I pilot remotely a drone of flesh and bone which takes itself for me. He thinks he’s the one feeling, no, it’s me up there.

He believes he lives on earth, he only transmits to his master. He believes that he loves, that he acts, that he eats, not at all! I am the one who does whatever he thinks he is doing. He is nothing, moreover he knows it. And when he dies, I won’t die. N / A ! Too bad for him. It’ll teach him to think of himself and to take me for himself.


Eternity is a long time. Especially towards the end. (Woody Allen)

The gods are bored to death, mainly as they cannot die. Condemned to live in a perfect environment, they invent lives of adventures for themselves through different avatars that they pilot at different times, in different countries, on different planets, or even in other universes. They inhabit us, live in us, we have to be grateful for that. Since we are aware of them … at least after awakening. Before awakening, they pick up everything we do, live, etc. But we don’t pick up anything from them. If their help may seem diffuse, disorderly, it is only the reflection of our troubles. 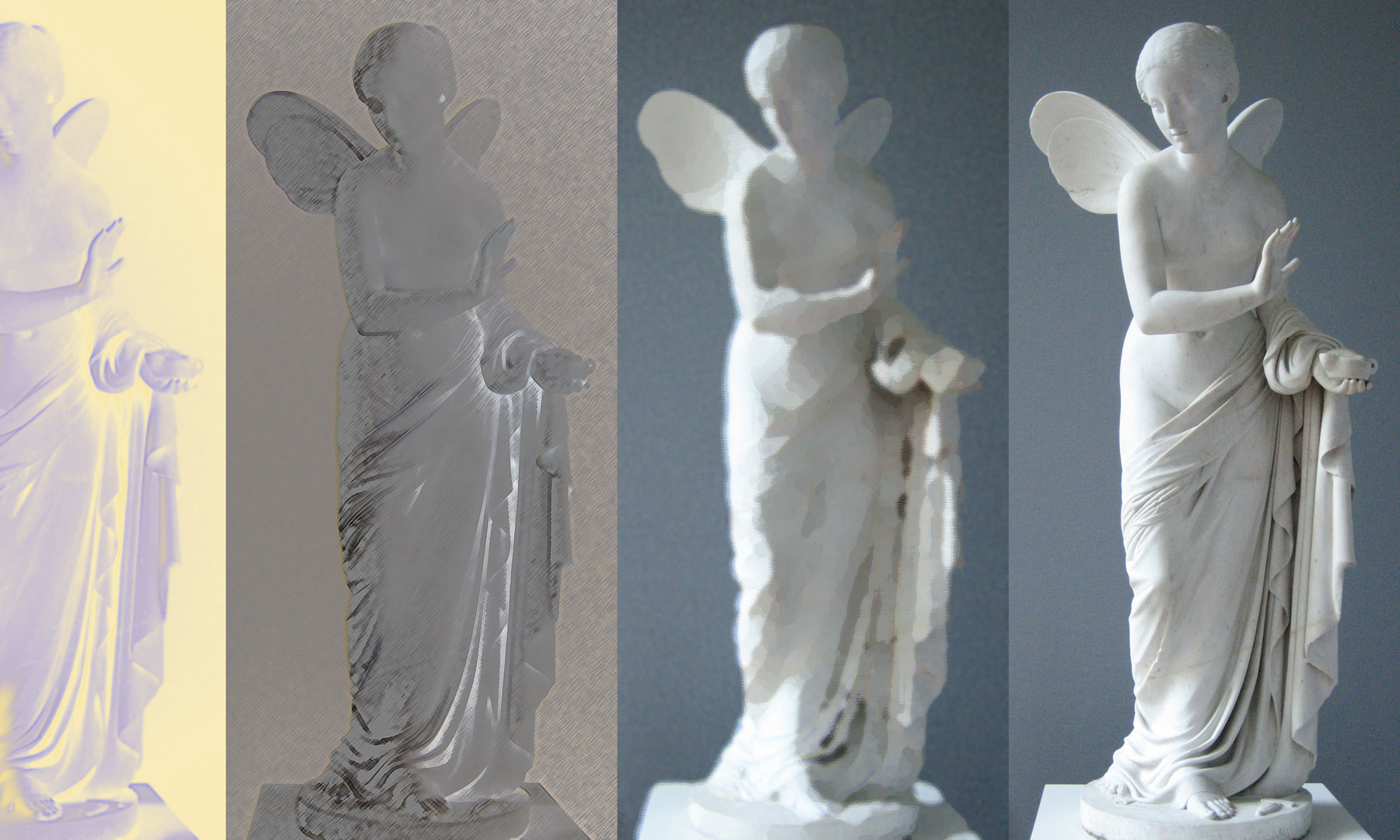 Here. I could imagine another conclusion, many are possible. Maybe I’ll write it one day. In the meantime do not hesitate to draw others, conclusions of your own, your visions born from mine. If so, I’ll add you right here.