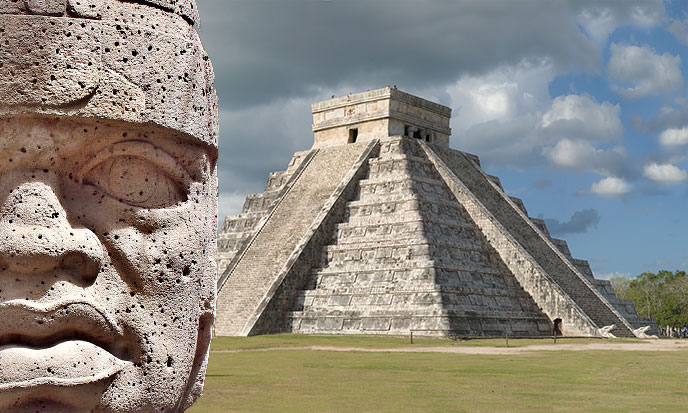 Mythical beings are at the origin of our species, our world and our civilization. These are the ancient gods, men from before the flood, with enormous powers from which we are not even close nowadays. They moved in flying machines and their science was boundless. Our ancestors, very different from those giants, took for gods. But they were mortals like us.

These mythical creatures, the Book of Enoch calls them Watchmen. The Latin American tradition calls them Quetzalcoatl or Viracocha. Plato calls them Atlanteans, and the Hindu tradition the Asvins. They were the masters of this planet, that they have arranged to their liking.

And they are the fathers of the present human race, that they have designed according to their whim.

The Atlanteans perfectly knew the nature and the power of the cosmic forces, particularly those of the ether, of vril and telluric currents and this people carefully applied this knowledge to agriculture and astronomy / astrology, to avoid any geological disaster that man could stop. After the cataclysm that ended their civilization, we lose all trace of their science for many millennia.

It was transmitted orally, through some Elects having kept some education among savages having got back to barbarism. In protohistoric Africa, brilliant civilizations have followed one another, taking advantage of the tributes paid by African Americans. In the 13th century, Bakari II, mansaie Emperor of Mali, went bag and baggage to settle on his American land… two centuries before Columbus! In Europe, the Sumerian civilization stems totally from the Atlantean culture.

But the ancient knowledge of this hyper-developed people has survived only partially. Ignatius Donnelly was the first to defend the theory according to which Atlantis was the cradle of our present civilization, setting out the idea that the Atlanteans were the creators of our arts and our sciences. 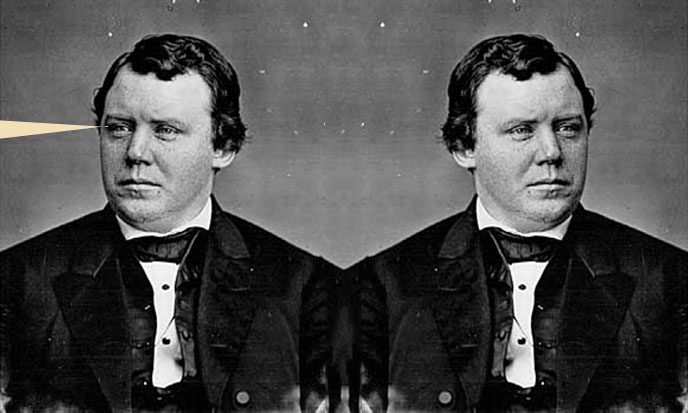 During the 500 years BCE, some groups of individuals who have retained fragments of science manifested themselves again. Alexander the Great began the collection of the ancient science.

As Senacherib and Assurbanipal before him, he sent collectors of parchments across the known world and he placed all the manuscripts in a large library of ancient knowledge. Founded in Alexandria, Egypt, in 288 BC, it was definitely destroyed in the year 642 at the latest. With over seven hundred thousand volumes, it was a mecca of ancient knowledge: you could find there books of Pythagoras of Samos, Thales, Socrates, Hippocrates, Democritus, Plato, Aristotle, Erathostene, Aristarchus, Ptolemy.

Those men who laid the foundations of modern science are Greek, and they were all educated in Egypt at the time of the Great Library of Alexandria. The testimonials on ancient civilizations should be there, as well as scientific archives that were dissected by the pre-Socratic philosophers. When the great library was burned, thousands of valuable documents on the ancient worlds went up in flames. Most of their knowledge was lost, but the memory remains, eternal.

The whole history of humanity is accessible forever
in the Akashic Records.

Atlantis was the first Garden of Eden or Paradise, with its garden of the Hesperides. Sumer draws its inspiration from there to rewrite the history of Edin or Eden. Episodes of Atlantis were relocated to the Middle East by Sumerian scribes. Their gods, like those of the Greeks, Phoenicians, Hindus and Scandinavians are the superhuman heroes of the Atlantean era. The mythology of Egypt and Peru comes from the Atlanteans, who claimed themselves sons of the Sun.

The tools of the Bronze Age in Europe, come from Atlantis. They were the first ones to work iron. Agriculture, which started at the same time in different parts of the earth, comes from the survivors of Atlantis. The technical details of the construction of energy power plants are engraved in the cyclopean constructions of the Andes, in the pyramids of Yucatan in Mexico, in the Osireion of Abydos and the pyramids of Giza in Egypt, in the cyclopean ruins of Greece, Turkey or Lebanon.

Pyramids and megaliths (dolmens, covered walkways, cromlechs, standing stones) were designed to focus and use the atmospheric Vril, this powerful and free energy. After the axis of the Earth had found back its slope on the ecliptic plane, the energy of atmospheric Vril was replaced by that of lightning, of a more delicate use, because of the deadly risks. But the former supermen have not renounced for all that to the desire of enlightenment and the will of power.

Their mastery of gravity enabled the Atlanteans to straighten Earth’s axis, in order to produce more geo-energy. The electricity produced by the Earth as a giant dynamo, or geo-energy, was the main energy source used by the former gods. It moved around the globe by large flows that “the first gods” of Atlantis have worked about the same way that their descendants have done with lightning, millennia later. In fact, there is no difference in principle between these two types of plants.

The energy is the same, the Vril. It differs only in intensity. Self-produced by terrestrial magnetism, the Vril was captured by pyramids, shattered by temples or circles of stone, transported by water pipes and alignments of polarized menhirs, such as Carnac and Avebury.

Note that the menhirs could be replaced by rows of pillars, or monumental statues supporting vaults. These statues are called, coincidentally, Atlanteans…

But alas! Now a high-powered electromagnet, our planet “in love”This sexy name comes from the jargon of printers. In French, a magnet is called “aimant”, ie “loving”. It’s the same idea. Only love attracts. began to attract all kinds of celestial objects. Myriads of meteors streaked the night sky. And it happened what was meant to happen: a major collision unbalanced the globe, performing a rotation of 180°, while its axis was recovering its original inclination of around 25°. Its electricity production fell drastically. Floods and earthquakes ravaged the continents and islands.

The Atlanteans had planned that: they managed to emerge from the disaster, they converted their geoelectric power plants into lightning power plants… where they began to produce prodigious amounts of energy. The thunder and crackling balls of white fire, the continuous runoff of iridescent snakes on the tip of menhirs offered a breathtaking spectacle. At a safe distance, many spectators were vibrating in this pure pandemonium.

Is this the reason why the Great Pyramid was called,
in Egyptian language, the bright skyline of Khufu? 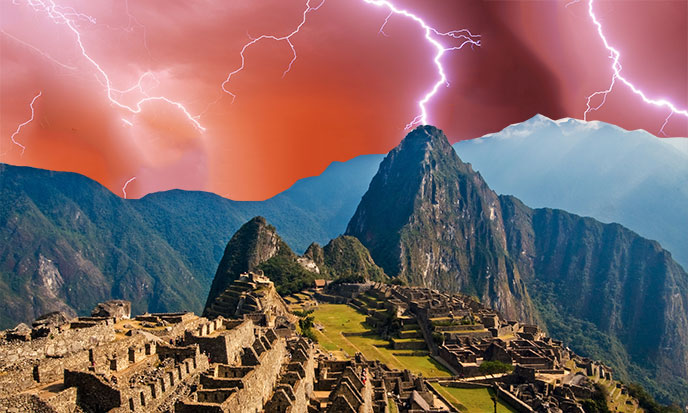 Sacred science of the former giants came from a very remote antiquity. Over eons of crises and disasters, they have run their culture to the constant increase of their knowledge. Let us do the same.

Men are a thousand times more bitter to acquire wealth than culture, although it is perfectly certain that an individual’s happiness depends much more on what he is than on what he has. (Arthur Schopenhauer)