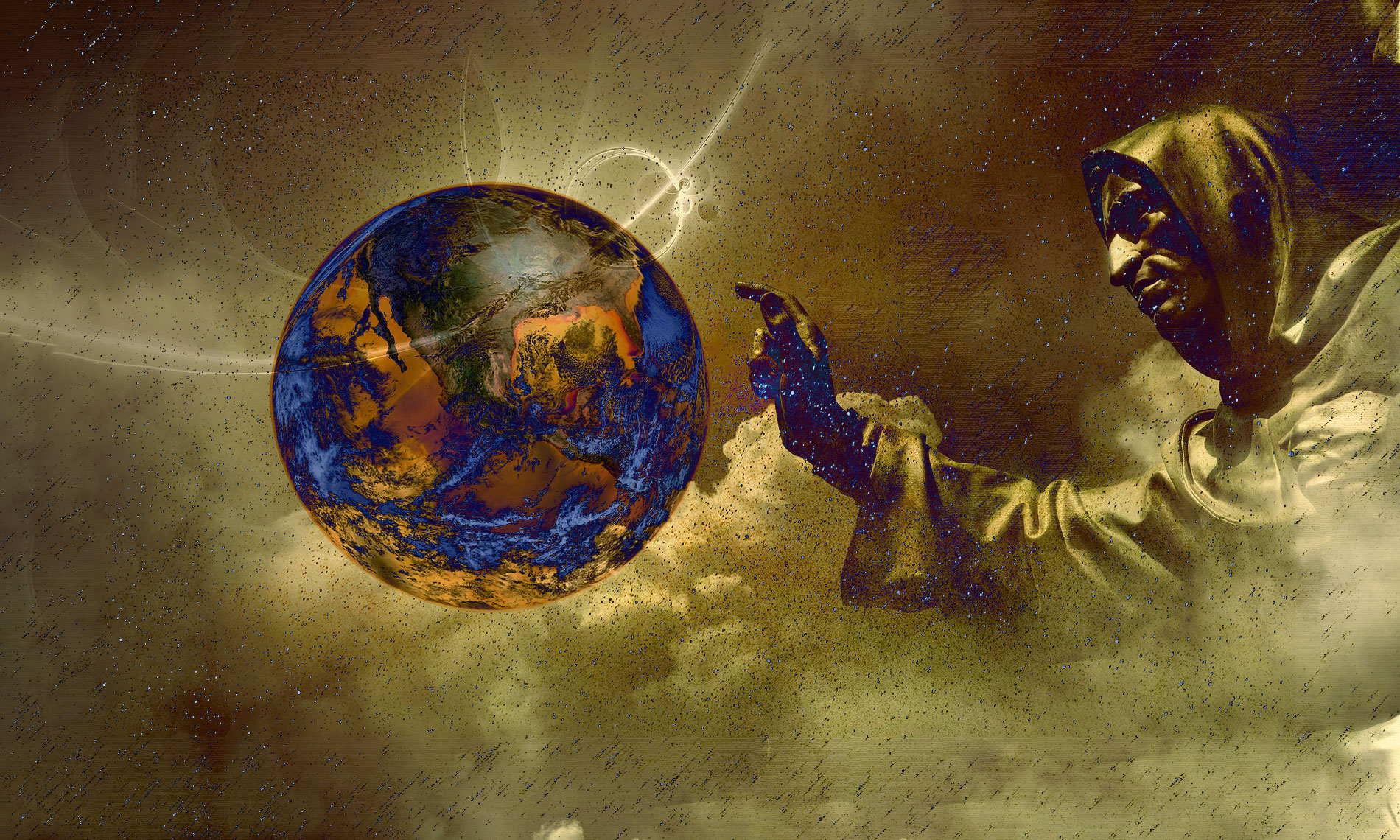 Several billion years ago, the first extraterrestrial expedition arrived on this planet. The Earth was in its infancy, inhospitable, still wild. Terrible chaos was its landscape. Deadly vapors were issuing from the earth faults. Volcanoes spewed bombs and lava. Mud bubbling everywhere. You couldn’t make out the water from the land. In their exploration craft, visitors from the stars hovered over the surface of the waters. That’s the very phrase of the Bible, and it happened that way.

Visitors look like ours. To see them, one would swear human beings like us … but bigger: they measure 4m. These giants are professionals with a mission: to terraform the wild planets. Terraforming means transforming a hostile and unlivable planet into a welcoming place where living conditions are those of Earth. From science fiction, the word and the thing will become realities. But not right now. NASA says it is impossible to terraform the planet Mars with current technologies. But NASA itself doesn’t know when the next Tesla will emerge? Would he already be there? Never mind, wait and see.

In the current state of our knowledge and our spiritual evolution, no comparison possible with our creators. They were supermen from a civilization with billions of years of experience, with their highly skilled specialists in fields we know nothing about, aboard a superbly equipped mothership, with flying machines, with factories, with stocks of all minerals, power plants, genetic labs, with strains of all known life forms by a civilization of phenomenal antiquity.

Oversized, the spaceship overshadows the Earth when it approaches. When it shines, it eclipses the sunlight. It is so bright most of the time that we completely forget the other, over there, our poor pale sun and its twilight light. The great northern sun spits another light. He, to enlighten, he enlightens! And the little sun, it eclipses it! It is not that the great ship is shading the sun, it is rather that it is giving it too much light.

More than half of the Earth is lit day and night, although night does not mean anything. We love life in the spotlight, super bright, full of joy, lively, so pleasant! Everything sparkles, the colors are sharper, the sky brighter, it makes people more laughing. Sometimes, without warning, its light can go out. We tumble down twenty floors. Return to the sad alternation of days and nights, the ballet of clouds, the pale light of the winter sun and the dark coldness of the nights without the great light. Afraid of the dark. Fear of the sky through which anything can happen, the best or the worst. Fear of the arbitrariness of the gods. Fear, first enemy of the warrior. 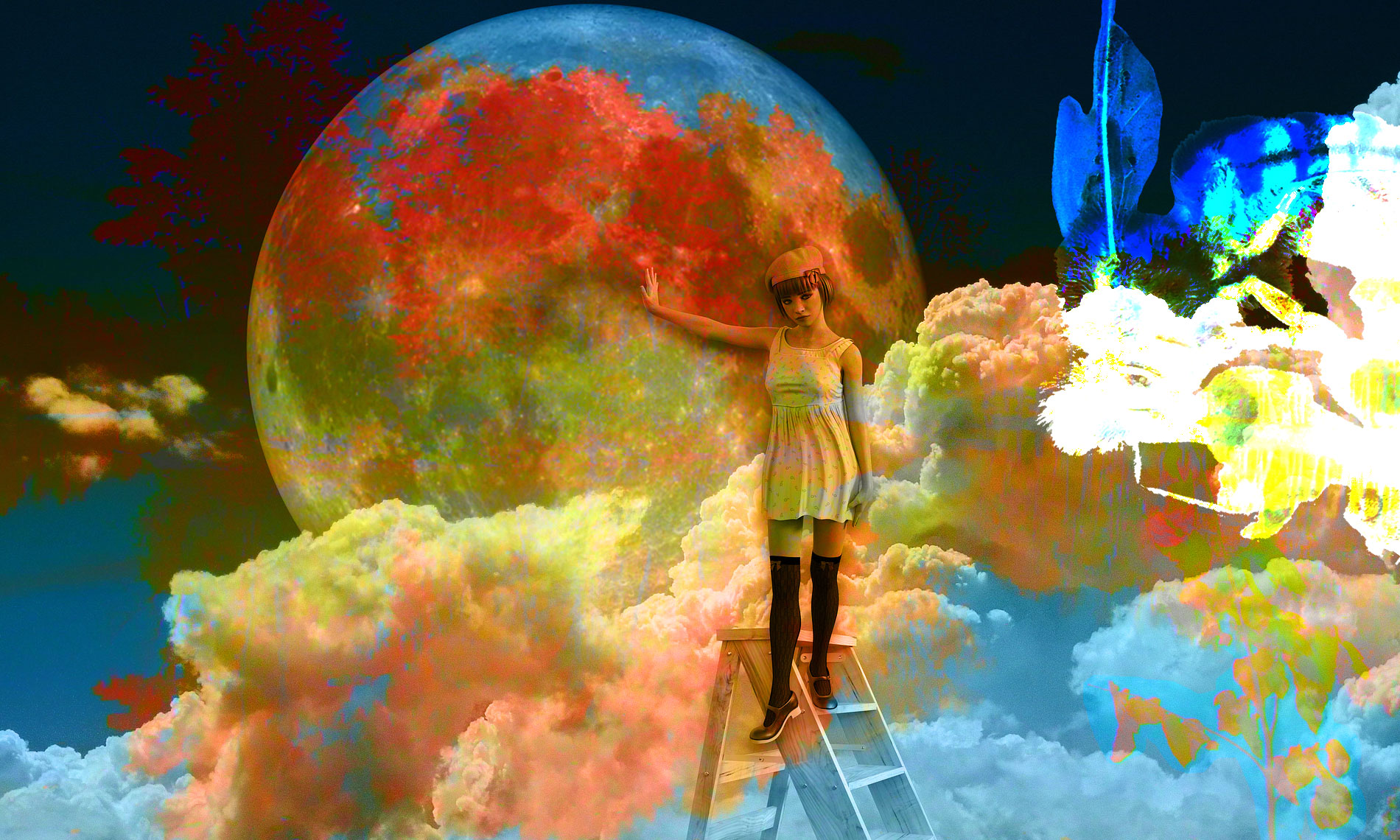 Larger and more powerful than the dreaded Star Wars Black Star, this mothership served as her unconscious model. It is anchored in the depths of the collective unconscious. George Lucas went to seek the memory of it in the Akashic records. Many authors have done the same: Swift, Tolkien, Huxley, Hergé, Jacobs, Barjavel, Blake, Kubrick, Joyce, Schuiten, to name a few. These authors interest more than the others, it is indisputable. I’m trying hard. Akasha is my garden. All the unpublished that I give you have been drawn from this magical place.

Unlike the Dark Star, this shining star is home to an entire civilization. Thirty million people make a nation, a country, a homeland. Especially when it comes to those kinds of people. Better than one country: the bright star has four. Each island inhabited by a different people, with its own culture and know-how. It takes a lot of room to house 30 million people in their natural habitat, with forests, rivers, mountains and bountiful crops.

Yes, the divine population of this mothership can be estimated at 30 million people. This incredible number is given in several asian myths. It takes people to terraform a planet like ours. On the mother ship, we find all the trades of a modern society. Because it is. In our current megalopolises, the way of life resembles theirs.

Spherical in shape, the gigantic ship is divided into four islands under a transparent dome. The islands divide the ship into four equal parts, four districts, four continents sheltering diverse populations. The plan of this divine vessel is reproduced in the Celtic cross, inscribed in a circle. On these islands we find forests, fields, orchards, countryside and towns. There is also a high central mountain, around which the islands are arranged. This mountain is home to the government palace, which the Greeks called Olympus. They relocated to their home, in Greece, this Olympus of the gods. Across the world, the highest mountains are considered divine. In our mythologies, the gods from the sky inhabit the highest mountains. It is in remembrance of the mother ship of the terraforming gods.

The enormous size of the vessel struck the Sumerians who mistook it for a wandering comet, or for a planet. They called it Nibiru, the wandering planet. But we have understood that Nibiru is not a planet, it is the space base of the terraforming gods. Those that I call the gods before, or the terraformers, are not gods in the modern sense. They are demiurges. Any being who realizes a new living species is a demiurge. It is not the One Source – if it exists! – who is at the origin and at the end of everything. The demiurge is just an auxiliary of the source, as we will soon become, according to the progress of genetics. I think our species was conceived by a few of these demiurges.

Nibiru has many names, depending on the region and time. I often call it by its Greco-Latin name, Hyperborea. It is designated by many names, Paradise, Eden, the island of the Four Masters, Thule, Asgaard, Walhalla, the celestial Venice, the Sky of the Intelligibles, Beyond, the Garden of the Hesperides, Avalon, the Sidhe, etc. to stick to European mythologies. Since legends all over the world refer to it, taking care to locate it on the highest mountain, there is every chance that such a flying country exists.

Terraformers have all kinds of machines, even robots. Their basic workers are the giants, whom our ancestors called angels. As soon as they arrived, they set in motion nuclear reactors like those discovered in the mines of Gabon dated 2 billion years ago !! Their energy needs were commensurate with their task: colossal. They used all kinds of energies, including vril and lightning, as we will see later.

Terraforming does not happen all at once. The mothership has returned several times. So often, at certain times, that the Sumerians assumed that the planet of the gods returned at regular intervals. Hence the error of Zecharia Sitchin, who mistook Nibiru for a natural planet that returns every 3000 years. Quite different is the truth about Nibiru.

The former gods’ huge power, their fantastic knowledge, their technology resembling to magic, all those feat explain the absolute respect and terrible fear they inspired to our wild ancestors. When our ancestors measured the enormous gap that separated them from their creators, they could not bring themselves to call them men, despite the physical resemblance. Their giant stature and seemingly endless powers give them another name. Our ancestors called them sometimes gods, sometimes giants. 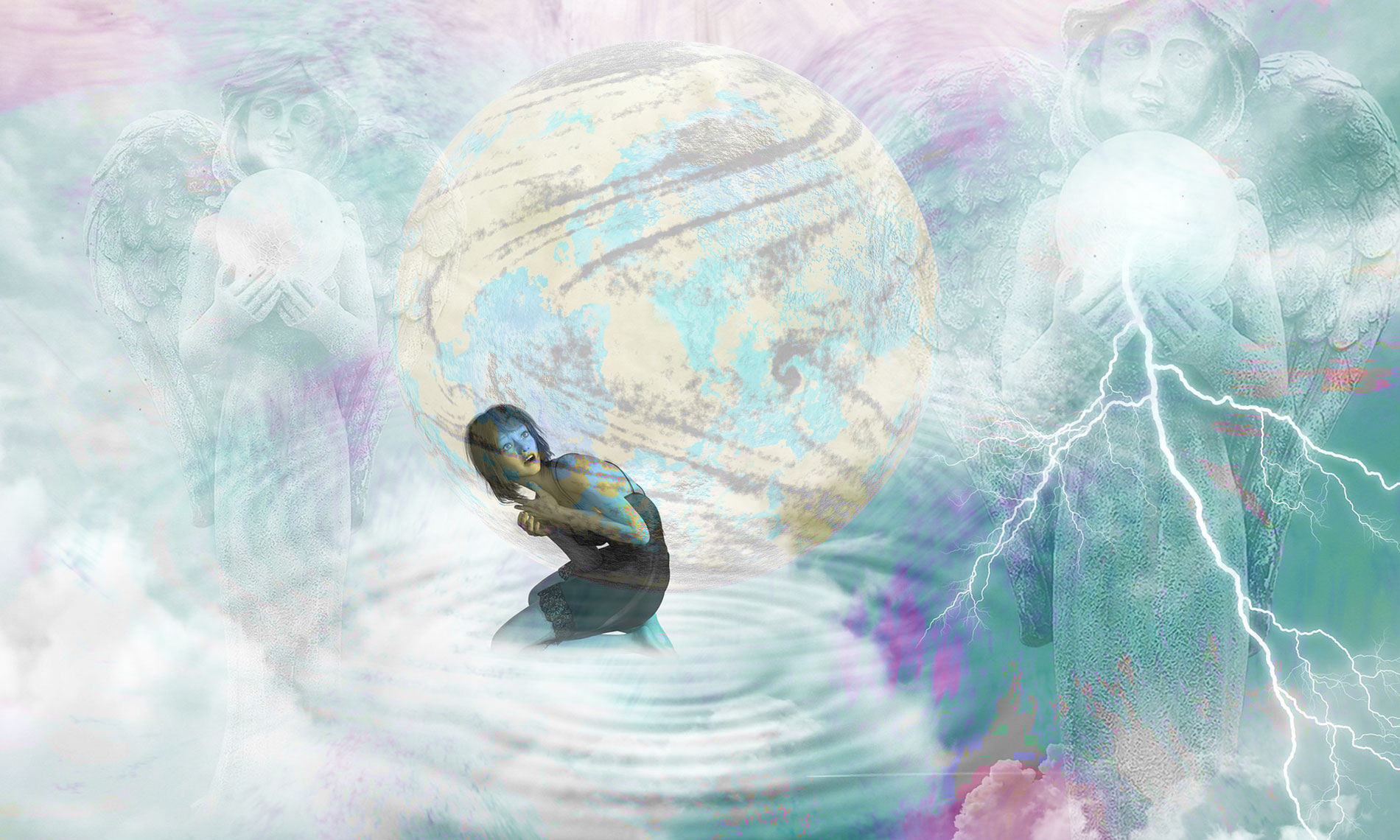 For the ancients, the word “gods” did not have the same transcendence as the current word God. The unique God is an unfounded myth, at the top of the pyramid there is what we can call the Source, impersonal, superabundant, eternal. At the foot of this pyramid, such is our place. And the gods before are of the same nature as the rest of us, the Bible and other sacred mythologies claim that they made us in their likeness. What they are, we can be. This is our task, our vocation, the reason why we incarnate ourselves on this planet. Open our hearts, muzzle the ego. Let’s work on our awakening, we will find fulfillment there. Let us know it. May this light illuminate the abyss.

May the light shine in you so powerful and so beautiful, may your light mingle with that of yours, may it illuminate the abyss as that from above illuminates our peaks. Wish for truth, wish for fairness. If you feel it deep inside you, in your guts, tell yourself it’s true, admit you know it. Now everything is simpler. You know your goal. Be vigilant. Hold the balance between two chasms, the pride and the sufficiency of the ego on your right, doubt and the dominance of darkness on your left. Make sure you stay on the razor’s edge, without falling, without cutting yourself. Divine powers turn heads. Remember you are mortal. You are not God. At best, you are a worker for his reign to come.

This article takes up, completes and updates a conference I gave in Barcelona in 2015. Coming soon – second part: