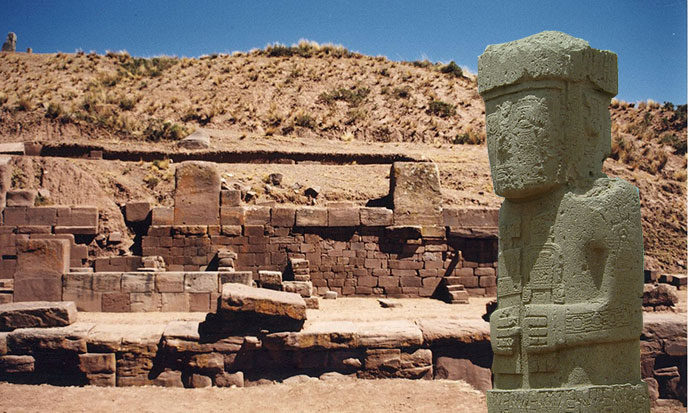 As the Pyramid of the Sun at Teotihuacan, the pyramid of Akapana was the sensor  which attracted lightning and storm water. The two were vital for the Andeans.

Lightning was exploded into balls and transmitted by the hydraulic network. In the underground temple, neophytes received the divine blessing. The ball of lightning tensed the nerves of neophytes. This nervous surge would automatically activate a technical awakening as valuable as enlightenment obtained the mystical way.

Supernatural powers were triggered by this  electrical surge. Enlightenment is nothing more than increasing the resistivity of the human body. And the divine powers, the psychological powers, directly ensue from it.

The Lightning Trap of Teotihuacan worked on the same principle as the site of Avebury. But unlike the latter, Teotihuacan was made with a specific purpose :  to trigger thunderstorms. The vast pipeline network was designed to collect rain water without spilling a drop.

First it was circulating in the underground parts of the temple for the needs of the inhabitants of a vast underground city. The water was then distributed over the andenes for irrigation of food crops. As with Cuzco, Ollantaytambo, Sacsayhuaman and other Andean cities of the  peaks, Tiahuanaco was built as a refuge in the middle of a dry area: this spot was lacking irrigation. Its population was badly suffering from lack of clean water. Yes, it sounds incredible, but true.

The people – you could say the refugees – were surrounded by saltwater, undrinkable, unsuitable for food crops. Like all desert dwellers, the Andeans have been through great pains to collect every drop of this precious liquid. Indeed, the water was incredibly valuable to the inhabitants of this island-mountain. These men had a prodigious size and an incredible strength. They lived at a time so remote that archaeologists will crucify me when learning that. 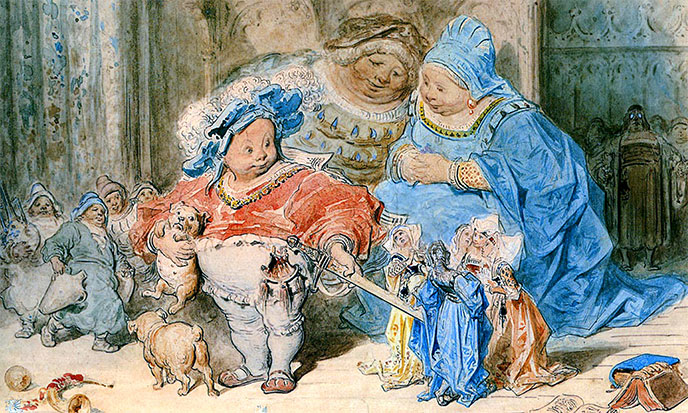 In the dawn of the world, giants as strong in their body as in their spirit, built the mysterious cities of gold named Tiahuanaco, Sacsayhuaman, Cuzco and other ancient cities of the Cordillera.

The same giants – or their nephews – built Teotihuacan in Mexico. They had the strength to lift these huge blocks, especially at this time when gravity was lower than today. Much lower. How can?

During construction, the moon, which was not the current moon, was dangerously close to the earth. This major episode was told elsewhere in detail. Lunar attraction became very strong due to its proximity.

As it came closer, the old moon begun to revolve faster and faster, until it turned at the same speed as the earth’s spin. Therefore it became geostationary. The old moon kept an unchanged position just above the Andes. The moon set over the Andes attracted all the waters of the world at this precise point. And all the seas formed a roll around the Andes, where the sea level rose up to 4000 meters. Many legends tell of that rising water, long before the great flood. Moreover, there were several floods, explained Plato.

There is a clear evidence of this prodigious rise of sea level, which lasted several thousand years. Several salt lakes lie down on the Andean Altiplano: they are the residual pools from this crazy tide. Even better, on the mountainside at 4000 meters high, a 800 km long foreshore is still visible: only the action of the sea could have left those marks, a repeated tide for a very long period of time … This is inconsistent with the tsunami of the flood, which only lasted a few weeks.

The Andean giants were trapped on their island-mountain. They had no choice but to develop lightning traps. 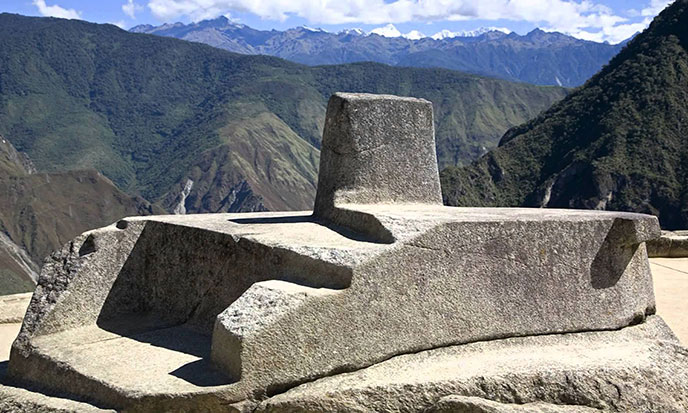 The Stone of the Sun or Inti Watani, Machu Picchu was probably a lightning sensor, unless it is used to tie a rope to the domain of the gods, some geostationary flying machine, for example. Lightning traps have several benefits for Andean.

They needed fresh water. Then they attracted the fire from heaven, they provoked heavy rains on the sacred mountain, filling its reservoir and its pipes, irrigating an entire system of crops in terrace, the andenes, that you can still see today. They are another proof of the superhuman abilities of their builders. These andenes represent the most enormous earthwork and masonry ever made on this planet.

These terraces cover hundreds, thousands of hectares. In total, they represent fifteen great walls of China, and one hundred and fifty pyramids of Cheops.

There is no doubt that those who did this great work had compelling reasons to do so and powers that we do not have. For what awkward reason have they developed the steepest slopes, while the vast plateau of the Altiplano, below, would have been much suitable to food crops? Simply because at that time, the altiplano was below the sea level. Remarkably, archaeologists still attribute the realization of the andenes to the unfortunate Incas, who only maintain them. What motive could have induced them to undertake such work?

In their time, the sea had returned to its current level, 4,000 feet below.

The Incas did not know much about these masonry of terrace, except from a few ancient legends… When will we admit, once and for all, the fabulous antiquity of this divine city? “A day will come when science will prove that the classical civilizations of the Pharaohs, Chaldeans, Brahmins, are far from being the oldest, as it was long believed, and as we still believe. To tell the truth, the civilization of Tiahuanaco has thousands of yearsindeed million of years of anteriority on them.” (source)Wiener, French archaeologist, 1876

Before the stars shine in the sky, Tiwanaku existed. (proverbe Aymara)

The Akapana pyramid, which base is a 114 sq ft quadrangle, was the hub of the sacred center of Tiahuanaco. “The sacred mountain of Tiahuanaco” is the name given by Aymara legends. “Originally, it was a step pyramid of earth, covered with large blocks of andesite. Over the centuries,over millennia!! it was used as a career, which explains why only ten percent of its beautiful face remains.” (source)G. Hancock, Fingerprints of the Gods

As the Egyptian pyramids of Giza, Akapana is aligned with cardinal directions with a surprising accuracy. But the similarity ends there: Akapana houses on top a vast reservoir of drinking water. During an expedition, the Mexican archaeologist Linda Manzanilla has closely studied the hydraulic system of the pyramid and the functionality of its facilities. Archaeologists were concerned at the extraordinary complexity of the network of underground pipes.

“The hydraulic system of the Akapana pyramid is the most sophisticated I’ve seen in my career as an archaeologist,” said a scientist who adds “Remarkably arranged water ways circulated in the different parts of the pyramid and ramified in what seems a vast underground network.” Collected in the reservoir at the top of the structure, the water was led by pipes to the ditch which was surrounding the entire site, and bordered the base of the pyramid on its southern flank.

These masonry interests all researchers: “As I climbed up the rocky sides of the Akapana, and turned around the large tank covered with grass on top, I felt that the real function of the pyramid would never be puzzled out.” (source)G. Hancock, Fingerprints of the gods On this point, Graham Hancock is wrong, but his mistake is excusable: the solution is beyond understanding. “We only know that this function was not merely decorative or ceremonial”, he cleverly added.

To Hancock, this is probably a kind of machine or mysterious “device”. As we often see with him, his intuition, will prove perfectly correct, although he did not understand the purpose of these arrangements. “How can we admit that much effort has been made without purpose? Several archaeologists have speculated that this feature was not irrelevant to the worship of rain or a river: the primitive worship of the powers and attributes of water.” (source)G. Hancock, Fingerprints of the gods 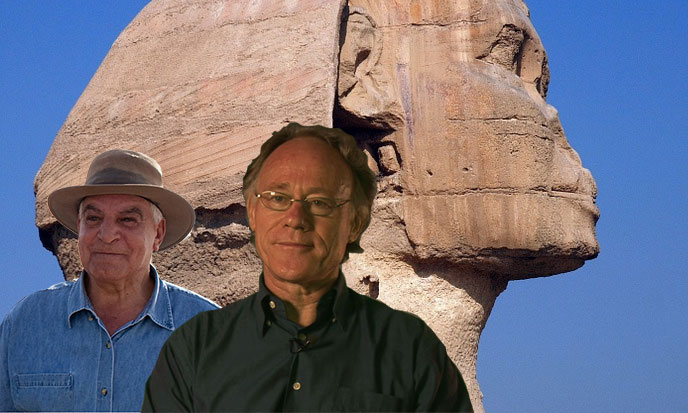 I was given the answer on another site, thousands of kilometers away fromTiahuanaco. I was walking through the magnificent Avebury Henge when I had this intuition for the first time… a lightning intuition, so to say. Cyclopean architectural sites, among other functions, were lightning sensors. The very ancient people living there knew the powers and benefits of lightning perfectly well. For millennia, they had learned to use it. Tiahuanaco was a lightning trap.

The pyramid was a Jade water or lightning water tank, to stock holy water and youth water which was very popular with our ancestors. While another pyramid, probably buried today, served as lightning sensor. Akapana is the hydraulic component of a lightning trap, comparable to Teotihuacan or Avebury.

Since I wrote this, a buried pyramid was discovered at the site of Tiwanaku.