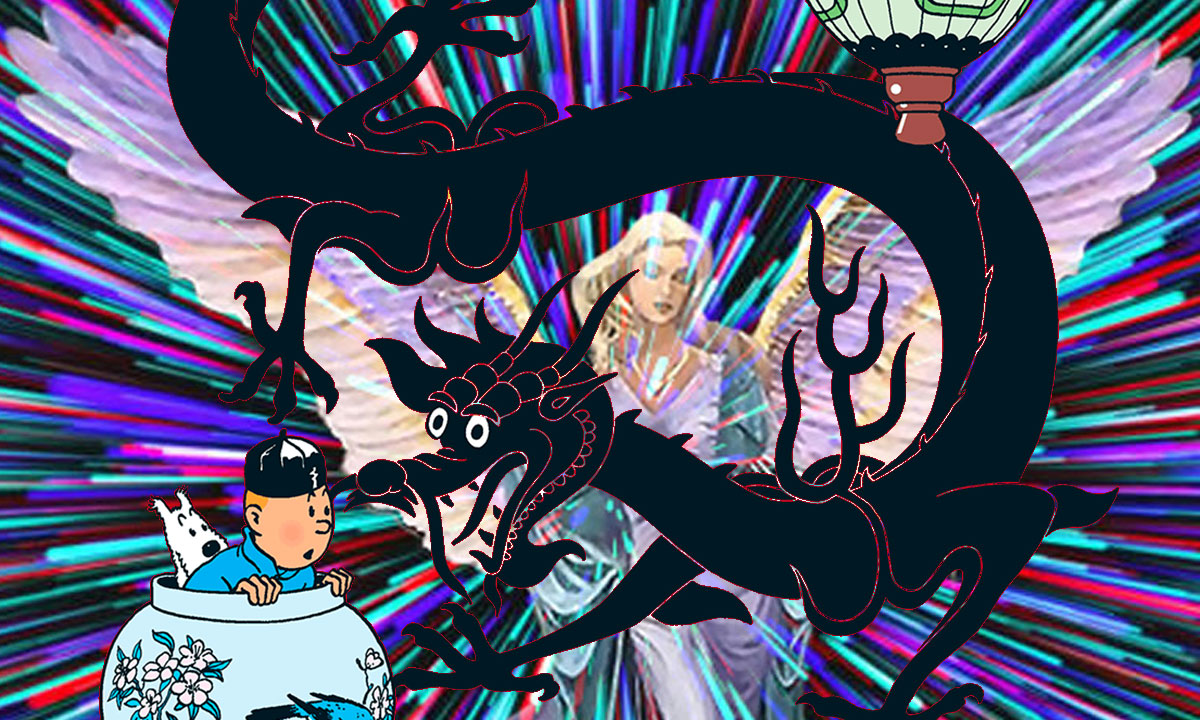 To be yourself. Finally. To know awakening, to reveal your hidden gifts and powers, to take a decisive step towards the superman. Many blockages prevent you from sprouting the divine seed. How to acquire the necessary detachment and sufficient clarity? Take off the screens.

The Doors of Perception

There’s a mountain of data piled up inside you from your fetal life. They are of various natures: shock, trauma, accident, illness, loss of a loved one, rape, dangerous situation, panic, etc. Add to this the sum of your acquired or innate knowledge. Some of them are unconscious, they will be revealed to you one day — or never. You have a lot of secrets in you that you don’t know. And you? Do you know you?

In any case, this diverse and multiple data is parasitizing your home. It feeds on your energy. They use it to block the door, blind the windows and prevent the smoke from coming out. Kheuf! Kheuf! It’s untenable! What are you waiting for? Within you are hundreds of spacious and well-lit houses, gardens, walks, golden palaces, paradores, nestled villas, perched huts… Why do you insist on staying in a basement that stinks?

Huh? What do you say? You don’t know how to get out? Bravo! You’ve done the trick. You’re a prisoner of yourself.

These data are part of you. They are the bars of your prison. They mask your understanding, they codify your representations. Cursed be they that clog the doors of perception. The formula is from William Blake. The Doors took that name as a tribute.

The Illusion of Reality

‘Human beings perceive, but what they perceive is an illusion. An illusion created by the representation made to them from birth.” (source)Castaneda, The Wheel of Time

Representation is not the thing itself, but a point of view on the thing. One thing can have thousands of points of view. Why stick to the only one accepted by the times and customs of time? Beware of Maya … If you want to make your life the place of multiple discoveries, break the mirror of self-contemplation.

“Their reason makes them forget that the representation is only a representation, and even before they have realized it, human beings allow themselves to be totally drawn into a vicious circle from which they rarely emerge during their lives.” (source)Castaneda, The Wheel of Time

“A warrior acts as if he knows what he’s doing, when in reality he doesn’t know anything about it.” (source)Castaneda, The Wheel of Time 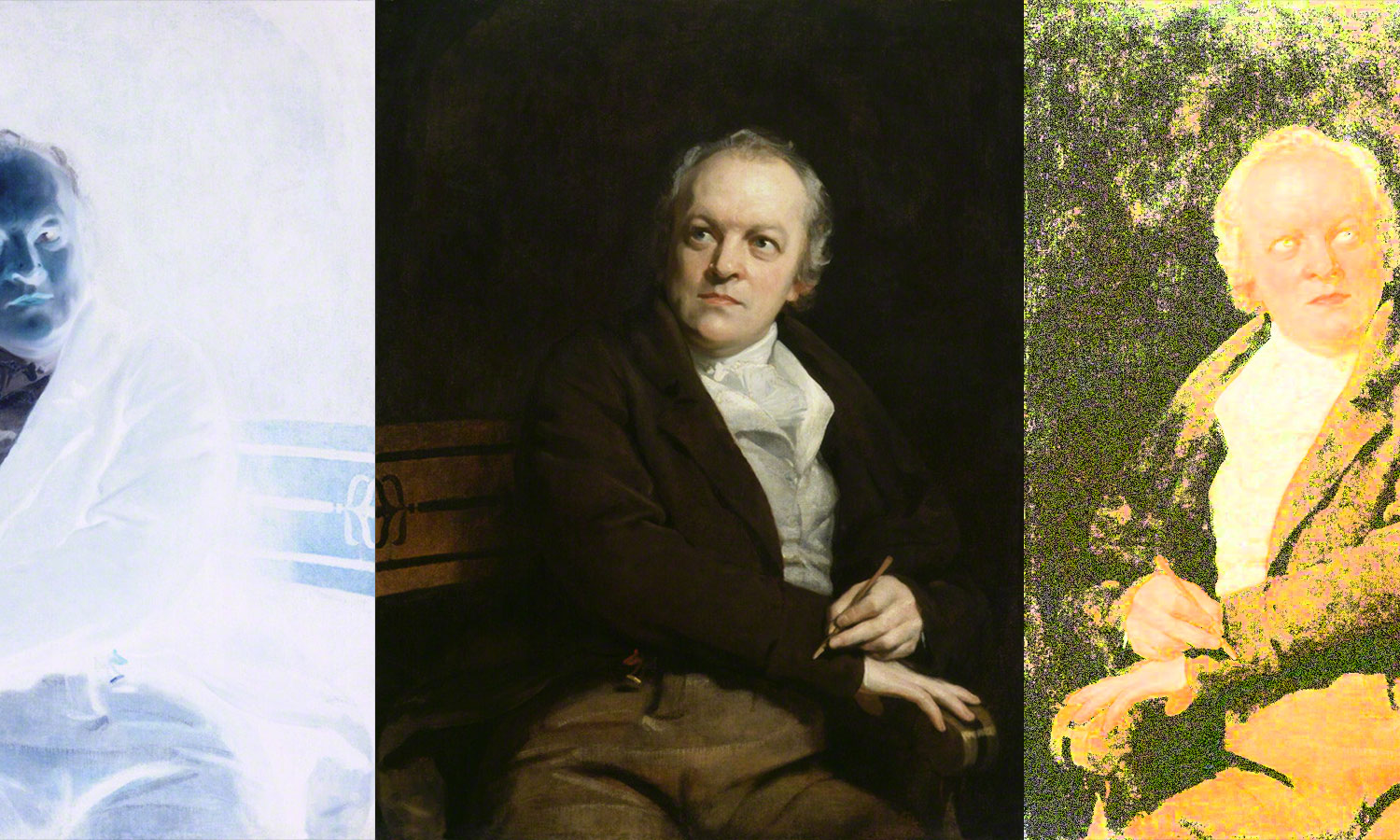 Conscious or unconscious knowledge or emotions, memories or regrets idem, here is the barda who you carry around like a good soldier. All these parameters, all these distorting filters are designated by nagualism as inventory.  Inventory is your representation of the world and yourself. A resolutely false representation. Reality always escapes. At once very intimate and very distorted, very personal and very universal, your image of reality is not reality.

‘Once you have achieved inner silence, anything is possible. To stop inner chatter, we must use exactly the same method with which we were taught to speak to ourselves: under duress, inflexibly. And this is how we must remain silent. Inflexibly. Under stress.” (source)Castaneda, The Wheel of Time

We are as loud inside as our world is outside. Desire tranquillity. Cultivate silence. Become the unfathomable lake in its mountain setting. In it calm reigns. Flee noisy people, flee places infested with humans. In the solitude of the peaks, you will find that very peace you are looking for. From there, everything becomes possible. “Be a warrior, shut up your inner dialogue. Take inventory, and throw it away. The new lights make precise inventories, then they get left gaunt. Free of the inventory, the assembly point becomes free.” (source)Castaneda, The Wheel of Time

Have you noticed that I only do that? This beneficial sitefor me anyway: I learn so many things! accumulates all kinds of inventories, and as soon as they are listed, they lose their reality. I forget them, please do the same. Reality — the real one I mean — doesn’t equate. As the illustrious Søren said, existence breaks all systems.

Søren Kierkegaard is the father of a philosophical movement called existentialism. Its French representatives are Jean-Paul Sartre and Albert Camus. Sartre has not read Kierkegaard enough, apparently. He spent his life taking inventories that he added to his individual and portable collar. His brilliant wife, Simone de Beauvoir — he called her BeaverFrench: Castor (!!!) — will make a more lasting impact on the history of thought.

If my angel doesn’t fool me — no chance! — she wrote The Second Sex, a great feminist essay that made her world famous. Even if I can detect something wrong in the title : I’m sorry to say that women appear to be the first sex, dear Simone. Lilith had no human male in her prime. Adam came later … 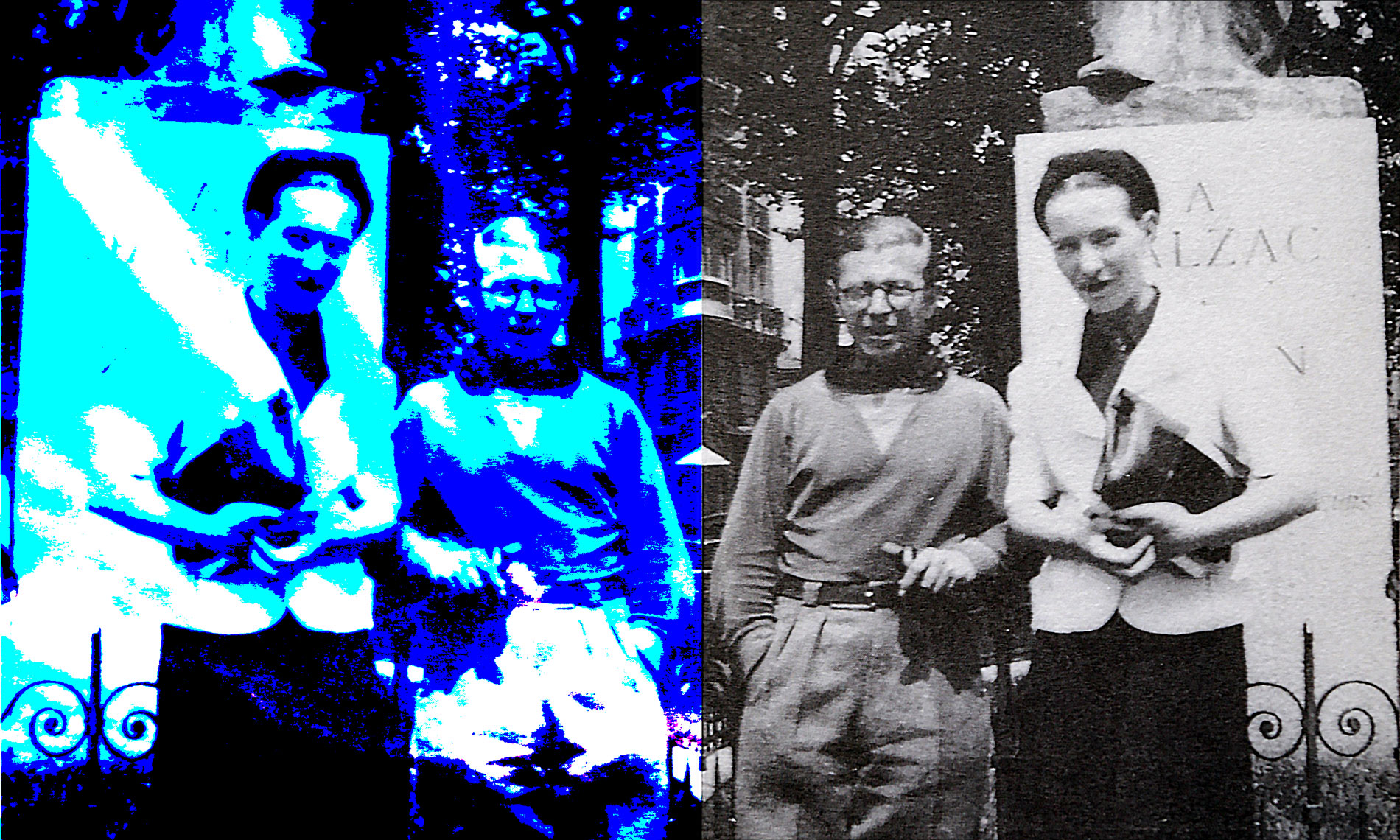 The Nagual warriors have discovered a way to free the assembly point. First, we must stop the world. To achieve this, there are two necessary and sufficient conditions. Erase one’s personal history. Get rid of the human inventory.

The inventory includes intimate data from your unique experience. It also includes societal data, which comes from your culture and where you live. It finally includes data shared by all your earthly brothers, data specific to your species. That’s why, if you want to be free, you have to erase your personal history. Disappear while you’re alive.

Everyone can touch the negative action of the inventory and its way of blurring a raw message. This is the dream. Every night we have many dreams whose precise content would be precious to us. Very few come to consciousness. Those who reach him have muddled content, in disorder, full of inconsistencies and implausibilities.

The dream is clear at the beginning. It’s the translation that’s screwing up. The mind is muddying the tracks. It’s making the story of that dream. A dress made by consciousness, from the inventory, and set up by the brain. An enclosure that filters and transforms everything that comes to you. Just like a computer program. For some it’s a famous one. Very perverse.

That’s the way it is. Human perception is distorted. Obscured. Blurred. So it’s important to censor that censorship. We can get rid of the human inventory. We can ignore the lie to find the inner light. “Lao-Tzu said, we must find the way. I will cut your head off,” Didi the fool told poor Tintin of the Blue Lotus.

This program, this filter, this inventory, the ancients called it the veil of Isis. Opening the doors of perception is like removing the veil of Isis. Nagualism calls it seeing — ie subtle vision. Being a seer. As long as you can’t, your perception remains distorted. The Doors remain closed … 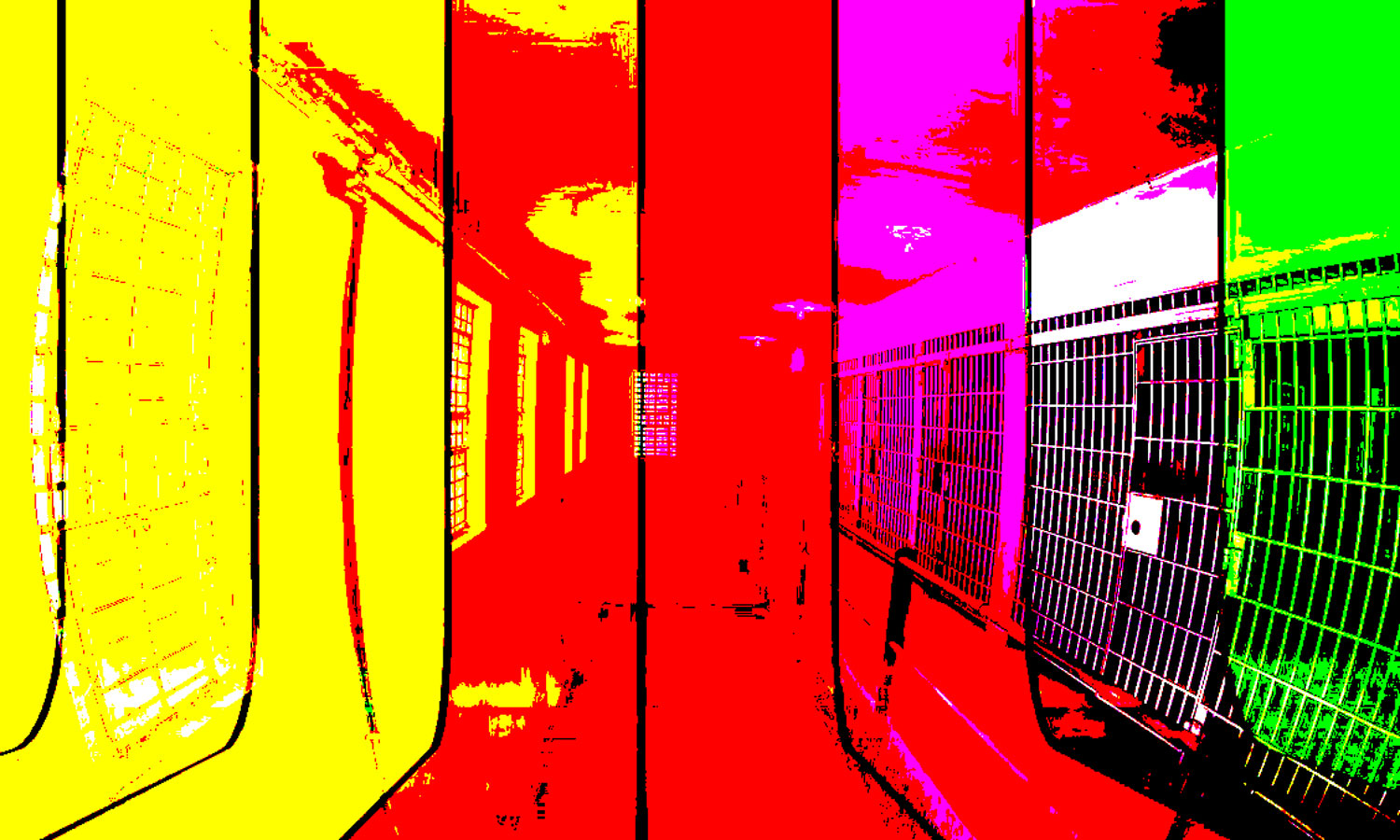 There are other ways of identifying the inventory. Scientology calls it the database, the personal data base. I prefer to talk about programs and deprogramming. It is being done on its own today. Forty years ago, a purification ritual was needed to clear the engrams and purge the inventory. It was practiced by gypsies, sorcerers, initiated seers, as well as by the warriors of the Wolf Clan. It was called arcana XIII, in reference to this arcana of the Tarot of Marseilles, the initiatory tarot of J-Cl. Flornoy, Maître Cartier and tarologist now disappeared.

But how can you be sure that this deprogramming is underway? If you see that your vision of the world has changed, you are right and bright. Keep the light on.

If you pay enough attention to observe what is going on inside you, in others, in the world where you live, then you have some chance of becoming more conscious. Nagual warriors prefer to speak of second attention. You might think that this is a consciousness that’s more awake than normal consciousness — that’s not aware of much. But for the Nagual Juan Matus, this strange second attention is much more.

The second attention is an incomprehensible state of consciousness that challenges our idea of the world and ourselves. This is the usual attention of Mexican sorcerers, at least those of the Juan Matus clan. The pivot of this kind of witchcraft is the position of the assembly point. Sorcerers enter the second attention by holding the assembly point on its new position and preventing it from sliding to its first position. (source)Carlos Castaneda, The Art of Dreaming

These forms of supra-consciousness are familiar to both autistic and infants. They were the favorite place of consciousness of many pre-ancient civilizations. I call pre-ancient everything that happened before Greco-Latin antiquity. I should have said meta-antiquity, but it’s too Greek: meta-megalomaniac. Pre-ancient is more fun. 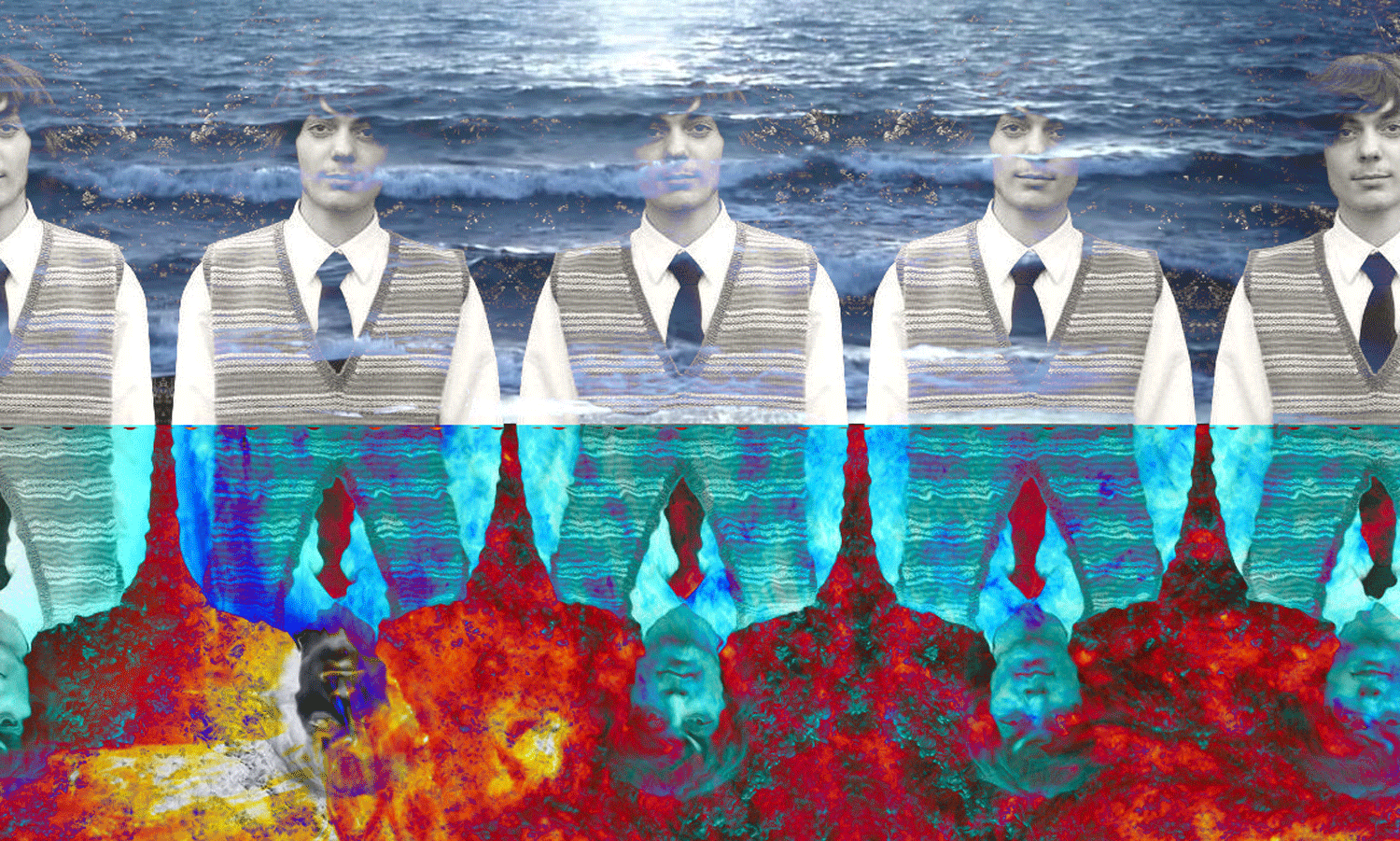 ‘There are many things a warrior is capable of doing when he was incapable of doing so years ago. It is not these things that have changed, but the idea of himself.” (source)Castaneda, The Wheel of Time

You have been told, you have read: we are our worst enemy. Or we overestimate ourselves, ego triumphs, awakening flees. Or we underestimate ourselves, the intention is diverted, the energy dissipates. Both attitudes are pure bullshit, and yet everyone succumbs to either. 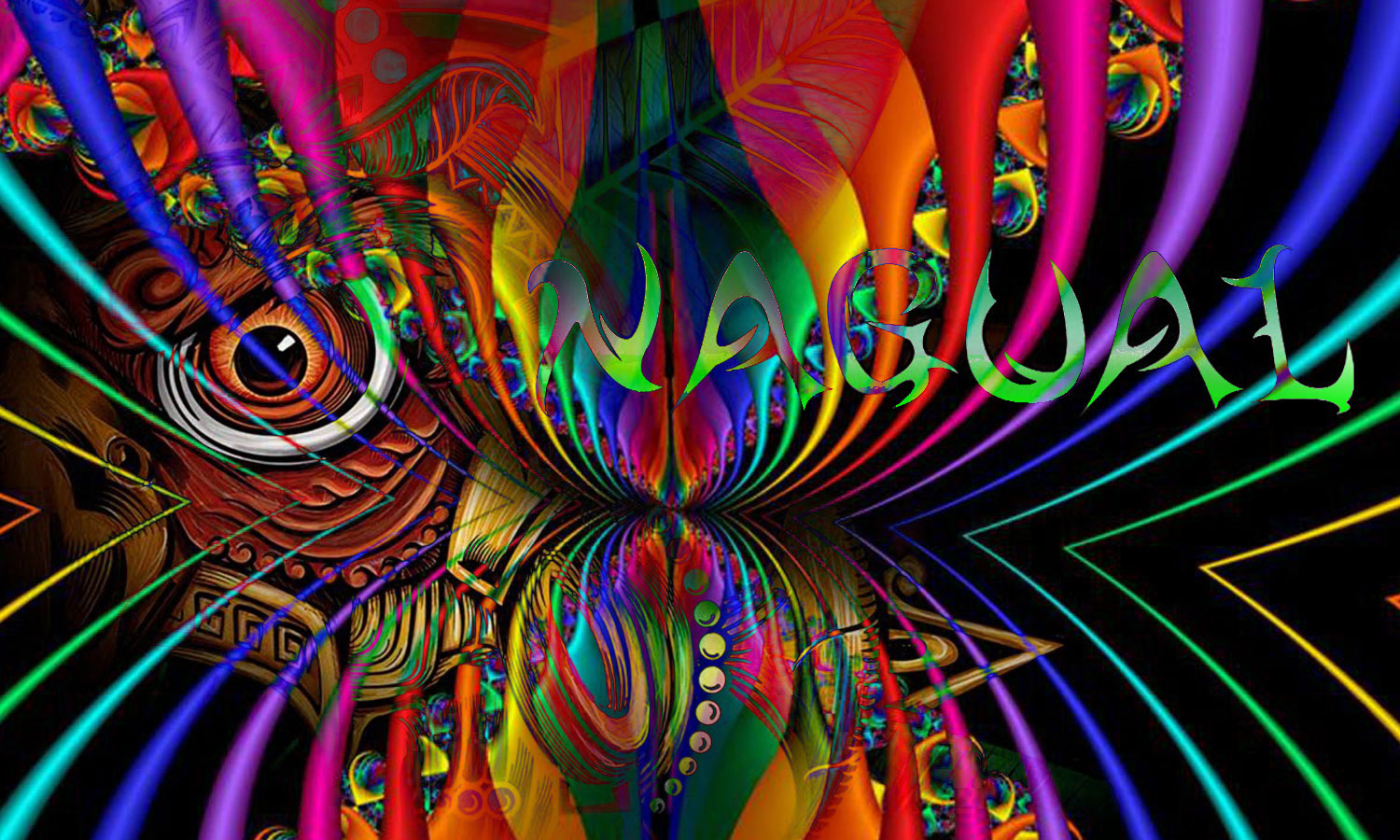 Does that seem unimaginable to you? It’s very real. We always come back to the same notions, which are totally incomprehensible, and which refer to each other. Admire consistency. Relentless. Impeccable. The abstract nuclei of nagual witchcraft are abstract because they are not of this world. It is not a matter of understanding them, but of living them. That is why I was asked to organize individual internships. Find out, few applications are accepted. Very few even.

Other than that, there is nothing to say here. Empty words are useless and misleading. You will talk about it when you have experienced it yourself. Otherwise, it remains opaque. And the words we put on it increase the opacity.

The notion of impeccability keeps coming up in the description of a warrior’s life. Because it is ultimately the only key to progress. An impeccable life necessarily leads to a sense of moderation and this, in turn, leads to the displacement of the assembly point. The new seers claim that impeccable men need no one to guide them: by saving their energy, they can do all that seers do alone. (source)Castaneda, Fire From Within

You can do everything on your own, even the impossible. In the 1950s, this diverse fact was in the news. A woman spreads her clothes near a railway track. Her toddler plays close to her, who keeps an eye on him. The sound of a fast train alerts the mother. Horrified, she sees the little one on the tracks and the train rushing towards him. She only listens to his heart. She has only one intention, to save her child. She rushes on the twenty-ton locomotive launched at full speed. And she knocks it down! Her child was alive and well.

We are conditioned to wait for a teaching, guides, masters. And when we are told that we do not need anyone, we do not believe it. Why are we dependent? Why do we need someone to guide us when we can do it ourselves? (source)Carlos Castaneda, The Power of Silence 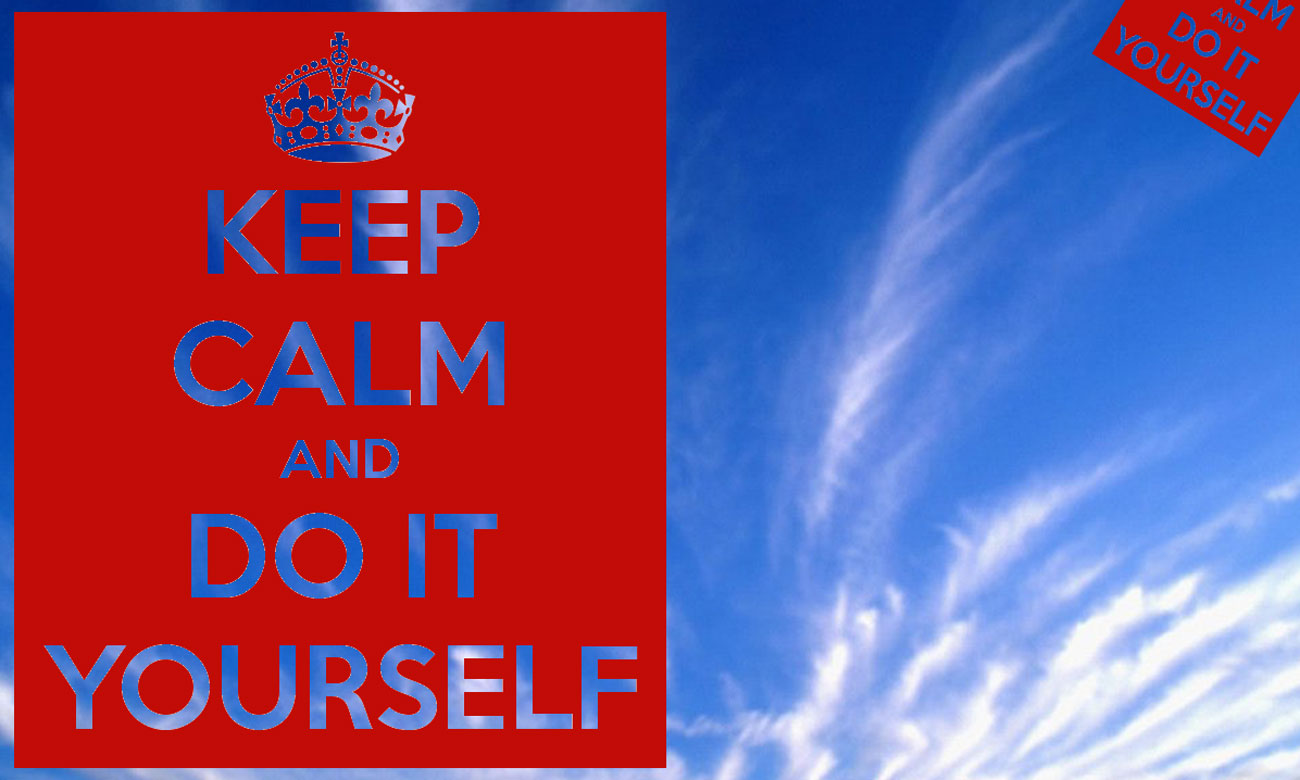