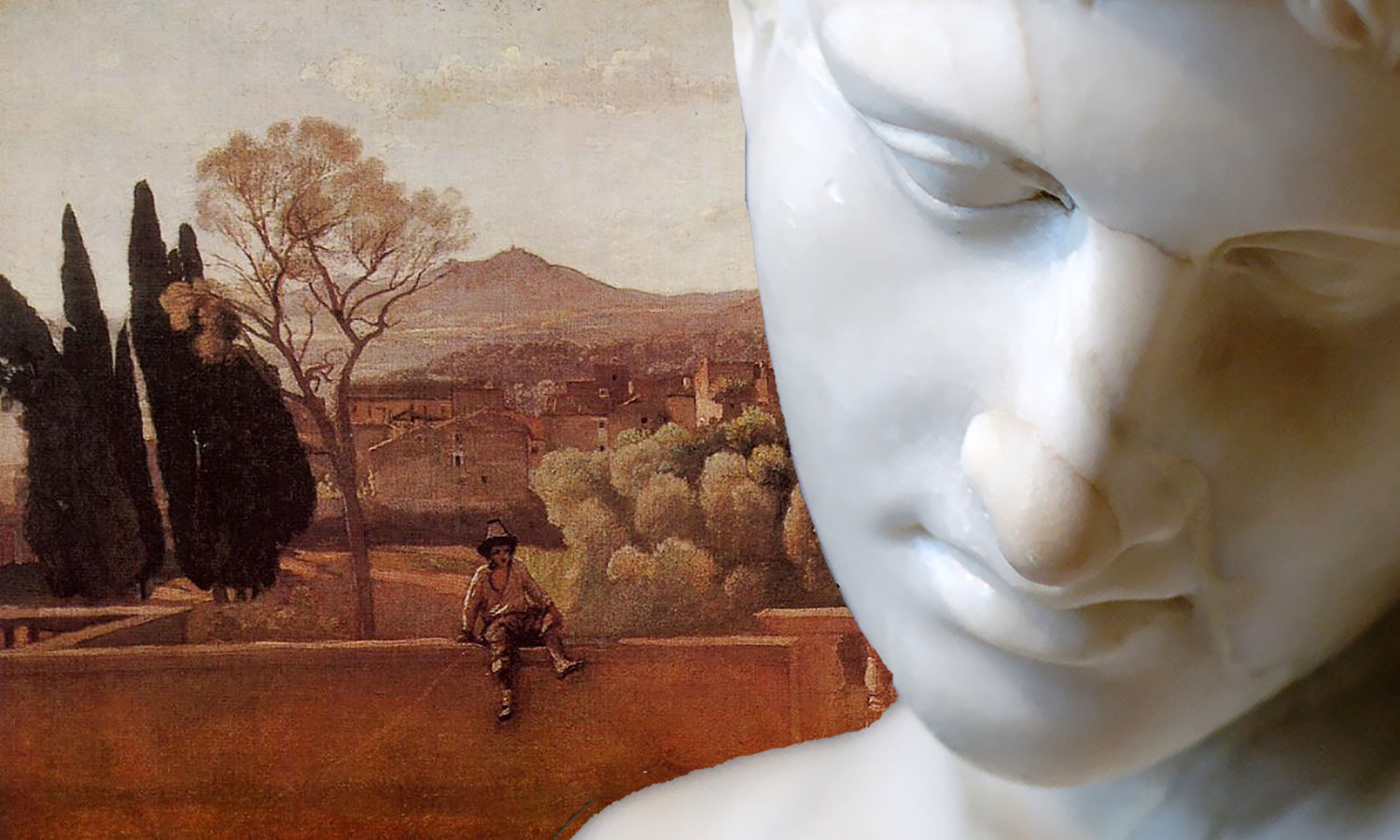 Our father Enoch is resurrected, his son Idriss took his place, they are one. But he knows nothing of his father because he has no memory. No matter, he took control of their common destiny, and of ours as well: as long as love will bind the body, the heart and spirit of Idriss to those of his darling Goddess, humanity will live. We will survive, my goslings.

This is how our dear Idriss says Enoch said Aorn son of Thyann became the equal of the immortal gods. His breathtaking longevity coupled with the ability to change bodies have made him the master of time. He can, at his pleasure, move on the whole time line. More importantly, he knows how to transport anyone, man or woman, into the meanders of the past, the future or outer space. But I fly, I catch fire, and spit! now I evoke the so-called immortal gods. Why not eternal while we are there? The gods of the past live much longer than us, but they are mortal, like all living things.

Idriss went through fabulous times, he knew Jared father of Enoch and Adam our common grandfather, but also his own descendants: Methuselah the son he had of Isis, and then Noah his grandson. He lived a hundred thousand years in the singing caves and long corridors of death that the mole-men had dug to the Central-Earth. He survived the ravages of the Great Flood, he saw the death of Patriarch Noah, like all those who succeeded him. He met the old Enki, he rubbed his adopted son Adapa, the chief geneticist Enki concocted in his secret lab and whom he loved more than his own child. Idriss and Adapa have gone through the same ordeals, they have accomplished so close feats that many believe they are one.

Faithful support of the Matriarchs, he never broke his carnal bonds with the Goddess. She too has changed her body, appearance, name and even character, so much so that many people are sure that Hathor has long since disappeared and that other Goddesses have succeeded him. But it’s always her, it’s always Enoch, whatever bodies they wear and the names they are given.

Now the Goddess is almost a child. She was the first in the long lineage of the Matriarchs, she whom we venerate as Hathor, Hera, Inanna, Pachamama and the White Bisone, here she is Isis with the perfect spirit. Enoch took the name Idriss and the body of a young man. They love each other.

Idriss goes down to earth, where he does not recognize anything. Everything has changed so much since his last stay in Enoch’s body! The formerly displaced mountains have settled and covered with vegetation. The rivers dug long ago have taken their course quietly and green a nature that seems to be in the hand as in the eyes of man. All traces of the terraforming sites have disappeared. Nothing is left of the terrible ice age. Vines, orchards, wheat fields, flowers and vegetables, rice fields, banana plantations and palm trees cover the laughing landscape of what was a quagmire, unhealthy marshes, stone deserts or icy plains.

Many people have suffered a thousand deaths and will still suffer for the earth to keep its good figure. The day when humans will uproot their matricial mother, the day when the earth will be no better than a garbage can, the day when the animals will be nothing but food for degenerate false gods, far from the truth, forgetful of all righteousness and generosity, that day says the legend, Idriss and Isis will cease to love each other, Enoch will die on the spot, Hathor would never have lived, and humanity will be nothing but smoke on the water. That day was still far away. Is it still?

On the highest mountains, Idriss meets an old man still green who tells him his life. When he was a young shepherd of Hyperborea, he took love for plants, medicine herbs and drugs. Then he descended to pre-Celtic Gaul, opening the way for another illustrious Hyperborean, Setanta said Cuchulainn. He made the druid-healer, he was the companion of old Lugh, light and strength of the Tuatha De Danann and father of Cuchulainn. 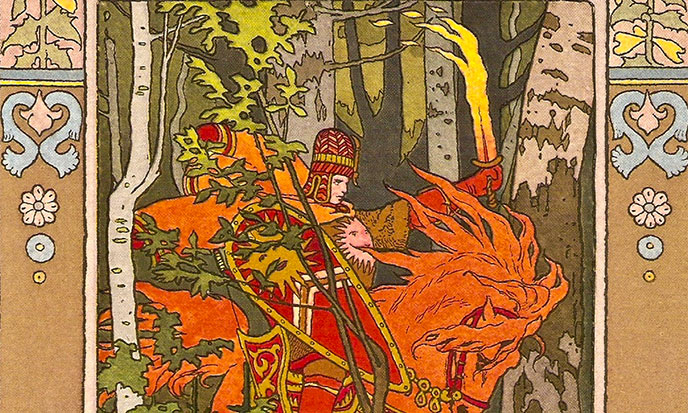 The young Idriss does not lose a crumb. In Enoch’s body, he went on Hyperborea, too. He attended the Sons of the Sun like this radiant old man who explains how he has cured thousands of patients with a preparation based on oak’s mistletoe. The ephebe is captivated by the light emitted by this man. He begged him to keep on telling the ups and downs of his existence, which was rich.

This man on the threshold of old age, this prince charming in the prime of life, this teenager who comes alive and relives his youth, this child is a wise man. He conquered, he says, half the world or more. When he says that many heroes will imitate him in the future, the ephebe intervenes. “Do you want to see them?” he offers to the wise man who smiles widely, his eyes sparkling with joy. Idris scrolls to scroll energetic faces under different helmets. All ages show him his best warriors at the head of their troops. It’s Alexander, it’s Hannibal, it’s Julius Caesar, it’s Genghis Khan, Timur-Leng says Tamerlane, Attila, Charlemagne, Washington, Napoleon, Patton. You understand that it is me who tells. The manuscripts of Idriss’s hand are very much damaged in this chapter, so I took the liberty of summarizing what is written. But the quality of the manuscript is improving: I give him the floor.

I looked at this man. He was crying. This conqueror, this sage, this mage who could be my grandfather was crying in front of me like a child. I took him in my arms. Later I asked, “What’s your name?”

“I am Rama,” he replied. Names, I have carried a lot, I will be given many others. Here I am known by the name of Lama. I was born in Hyperborea, this earth in the sky that you call the Sun. I lived there the very first years of my existence under the name of Brahma. It is the immense being of whom all proceeds and in whom all will unite. Many children of Hyperborea bear the names of the greatest gods, to honor them. I do not like this tradition. She is disrespectful. Brahma!

Brahma the Source, the Immense Being! Judging that I was unworthy, I erased the B, changed my tone and I became Rama. But in Celtic earth, they call me Ramos, their names are thus ended. In Egypt, I am Ra. In India, I am Ram. And in these mountains, I am Lam or Lama, because the people here can not pronounce R. In China, they see me as a woman, because I spent a lot of time for the harmony of the sexes and the forgiveness of the Amazons. For the Chinese, if I fight for the cause of women, I can only be one. They erased the R. In memory of the Amazons, they call me the goddess Ama.

What about me, Rama? Tell me what you see? That’s what I wanted to ask him, but the words were blocked in my throat. I dared to show him his successors, those who will walk in his steps, I do not know why I did that. He is a great initiate. He did me the honor of appreciating, yet he is stronger, much stronger than me. I am nothing, I know nothing, what future awaits Idriss Head Empty, shipwrecked stars, prisoner of the infinite? I would not bet even a plum kernel on who I am.

– Idriss, you are Enoch, Lama says, and I will give you my treasure. I do not speak of the goods of this world, you will have as much as me and you will attach no more importance. I give you the inner gold, the one that I refined in the crucible of my heart during a thousand years of wandering. My wandering soul has led me to the four corners of this sphere which is still called the Earth, although it is only the shadow. I knew a thousand and one shipwrecks, storms devastated me, glories took me to the skies, I was the king of men and the man of all women. I reigned, I enjoyed my body like no one, and yet I’m only Enoch’s dog.

Today I will leave this world. My time with your peers is over. I will light the inner fire, all that is fire in me will ignite, and I will disappear in a sheaf of light. You will be dazzled. As soon as your eyes are put back, you will see a formidable opponent in front of you. A terrible, repulsive, ferocious monster, which can reduce you to mush if you let him act without flinching. This horror is the sum of all the negativity I have accumulated in this material body. No negativity can accompany me where I am going now. You understand ? I have to leave the bad behind.

You are shaking ? You are scared ? Are you afraid for me or for you? Take this magic sword. As soon as the light fades, plant that sword in the heart of clarity, where the monster will appear. You have to hurry, as fast as you can. If you give him time, you’re dead.

At these words he disappears in an effusion of light so raw, so strong that my hands have let go of the sword. I rushed to pick it up and planted it with all my strength right in the heart of the glow. I did not see a monster. When my eyes regained their sharpness, I saw only the body of Lama, lying in a pool of blood. Given the strength of my shot, I gave him no chance. And him ? He left me nothing at all. What remorse. And shame. And the spite. And anger too. And the desire. And desire. And the fury too. And life … At least he let me live.

I remained prostrate for a long time near the corpse. I hoped that by opening his eyes he would have disappeared, and the old Lama would be alive, laughing at his good joke. No way. When I raised my head, the dead body was still there. A detail had escaped me. Clenched by cadaverous rigidity, her right hand gripped the handle of a Greek fire.

There’s nobody up there, pulling the strings of the puppet you are.