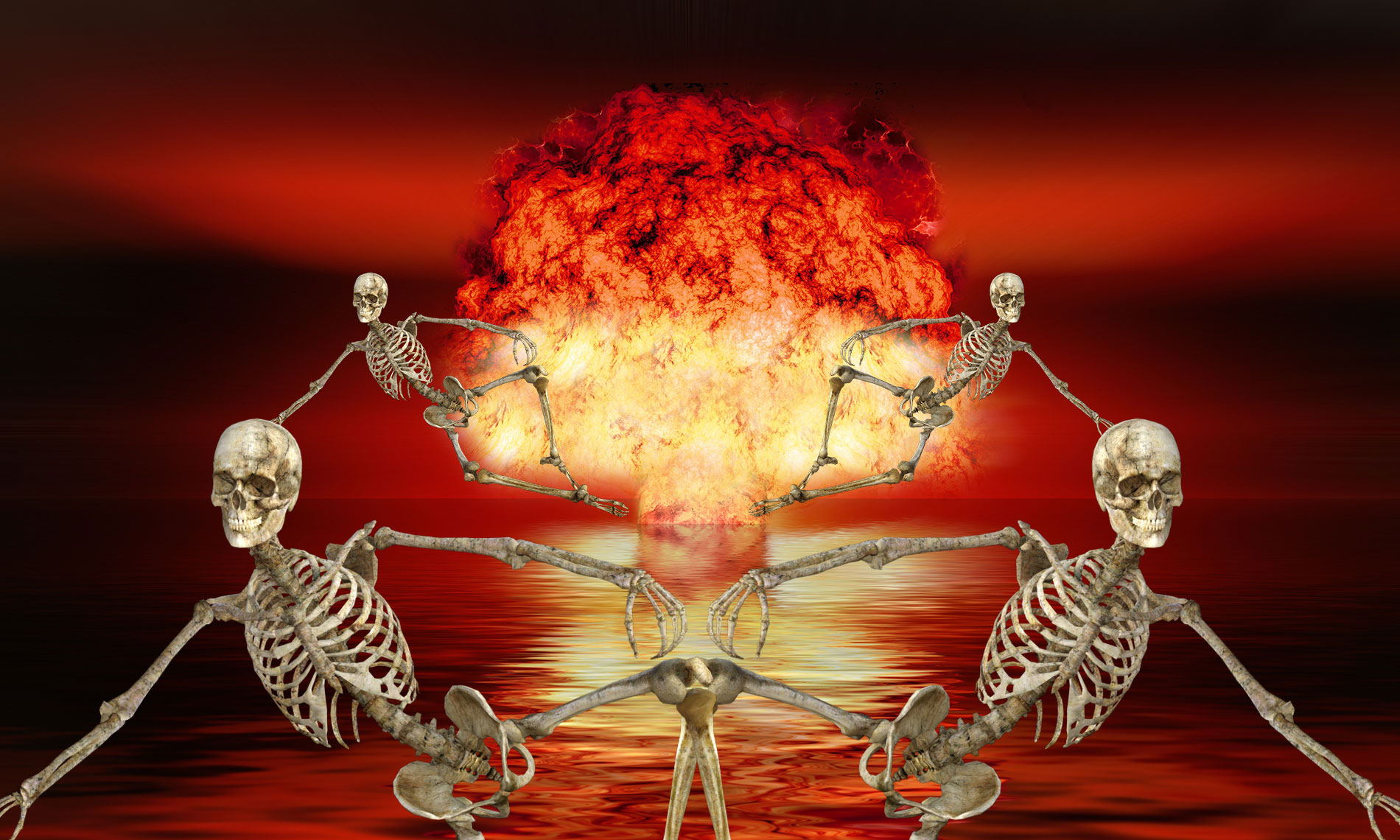 When the great divine war broke out, the whole planet died. Thousands of bombs and gear of the dead, all more frightful than the others, sowed desolation on all inhabited lands. The deaths were counted by tens of thousands, which is a high percentage given the low human density on earth at that time, some 100,000 years ago.

The cities were stricken from the map, the palaces and houses destroyed by the flames and the blast of the bombs. On the coastline where the maximum number of humans were concentrated, higher waves and tsunamis did such damage that not a stone pile did not remain afterwards. The level of the waters rose several tens of meters, following the melting of ice and eternal snow caused by the fire of the fight.

Thousands of towns and coastal villages were engulfed. The dismantled stones were rolled by the water for millennia. By dint of shock, they took a characteristic rounded shape, which after a hundred thousand years, we find them still on our shores. These are the pebbles of our beaches, which are all about the same size, because they all have the same provenance.

On some beaches, there is a very large variety of smaller stones, belonging to the large family of marbles and semi-precious stones. Opposite these beaches were to be found some richer city, able to afford marble siding and inlays of these beautiful stones, in the form of mosaics for instance. 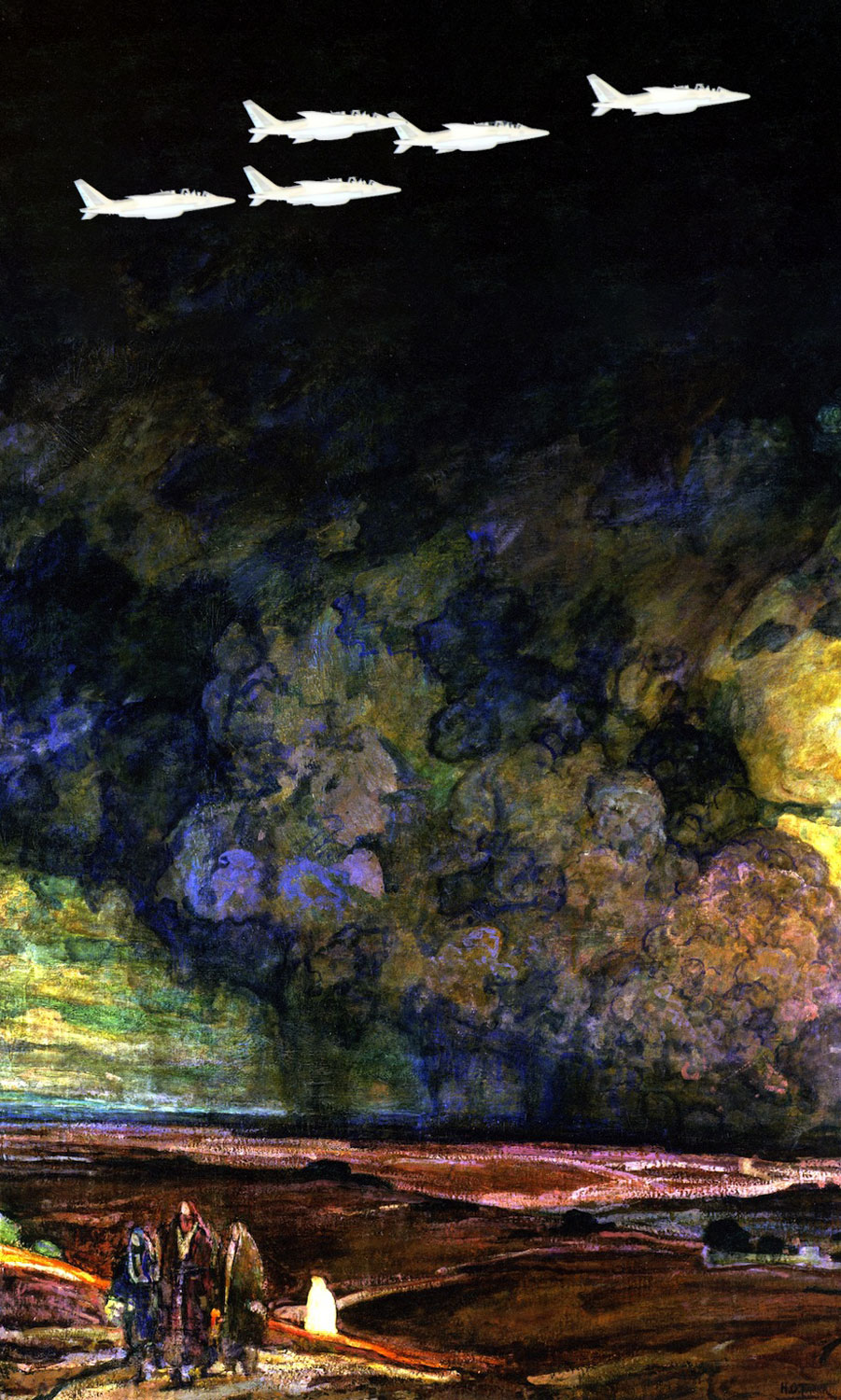 The most developed places of life received so many devices of death and destruction, such as atomic bombs, that their soil was changed into salt lake or dead sea, like the one that bears this name in Israel, under which the biblical cities of Sodom and Gomorrah were destroyed. Even today, sand deserts such as Gobi or Sahara mark the site of a violent nuclear weapons battle.

Some more far-sighted humans had fortunately found refuge in the depths of the subsoil, where tunnels and refuges had been dug long before. In Persian mythology we find the trace of a divine warning, that of the local god Ahura-Mazda, a Aesir god as his name indicates.Ahu / Ram / Az or Aesir / Da He warned Yima, the Persian Noah, of the imminent arrival of an interminable winter, advising him to dig an underground shelter and to hide a couple of all living animals there. This is the first version of Noah’s ark, it is well before the flood. The Mole-men have been hiding in their galleries waiting for it to happen. But the divine wrath lasted 60 years. And its consequences lasted infinitely longer.

When the war of the gods came to an end, they returned home, who on Sirius, who on Orion, who in Pleiades, on Alcor, Ursa Major. As there were several camps, some of them may be elsewhere. In any case, they are out of our reach today. And even if one day we can go, I do not see why we would get their attention. They are there, they stay there, for all gods sake! Their return is the last thing I would like to see.

It has already happened in time. After the hundred thousand years of quarantine, when our planet was (a little) cleaner, they came back. And then there, finished laughing. The return of the gods meant the war and serfdom of the human race. They needed cannon fodder to their divine wars and manpower to repair the damage. Hundred thousand years of brothel, you imagine chaos. Men, women, children, old men, all were requisitioned, all put themselves in courage. 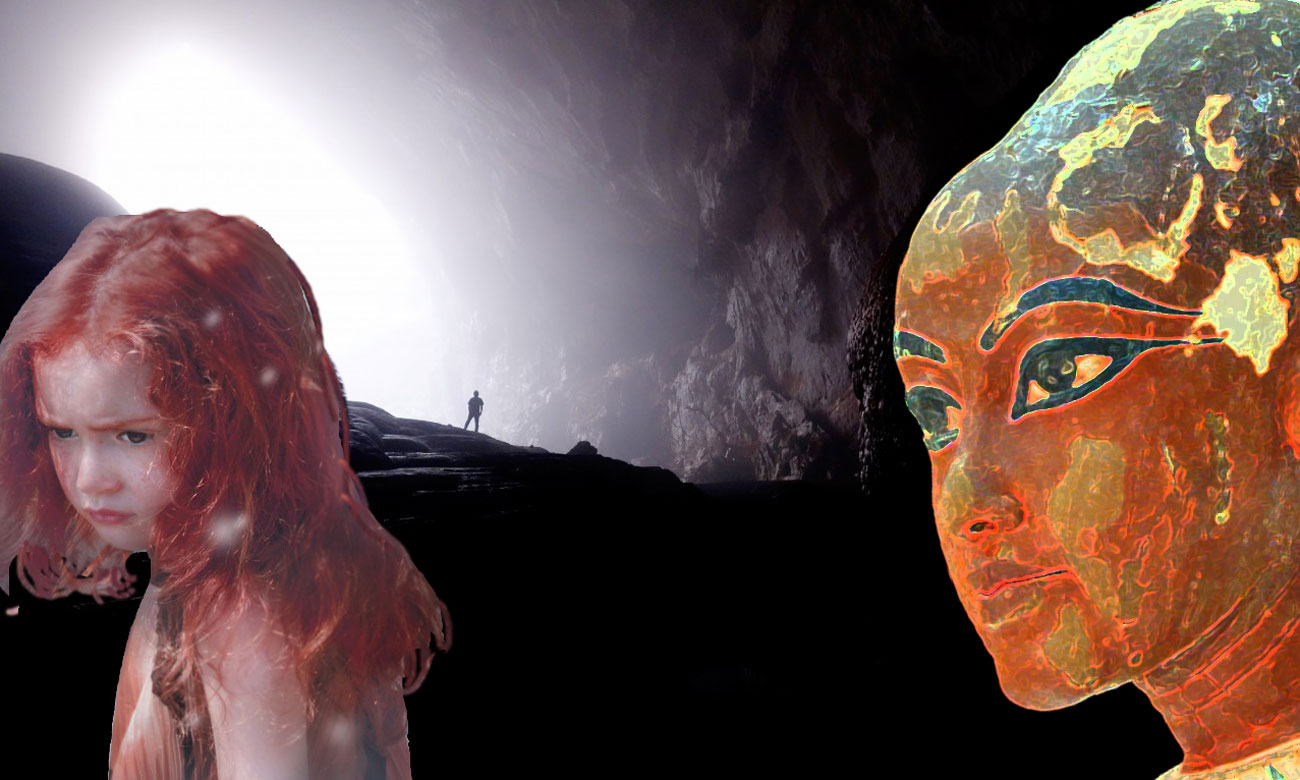 Although the real courage would have been to flee this cursed planet. For that we would have needed rockets. But except the Adapa‘s rocket, we don’t have any. Snugly we did stuck to the Earth Core. But the gods have found a way to dislodge us from our burrow. And this means is called the legions of angels.

Some authors have mentioned the existence of deeper and larger undergrounds. They are also higher ceiling and much better cut. The surface of the walls is smooth, the rock appears as melted. Inground with a molecular beam TBM? The giants of the past had a technology that we are still far from owning. Yet the collective unconscious remembers it, authors speak about it, and we who read it believe it. Because it is recorded in the Akashic records.

There are people living inside, and for ages. Enki stayed there before going home, there in the stars. Tuatha De Danaan took refuge there, they called it Sidhe. When patriarch Enoch was a child, under the name of Aorn, he too went there. I tell his story in a chapter entitled Memories of the Earth Core. The very word Earth Core comes from a comic book by the late Maestro Moebius.

Do not be impatient for the return of the gods. Whenever they came back, humans stank. Let us joyfully enjoy their absence. When the cat’s away the mice will play. When he comes back, it’s to chew on them. Jesus evoked the thing without any ambiguity in his parable of the vine growers. He sees them working in their vineyard and says to them, “You believe that this vineyard is yours, but wait for the Lord to return, he will take back all that is his.” The terraformers have transformed this planet from the ground up. We are their livestock.

On this point too Jesus is clear: “Feed my lambs, feed my sheep, I am the good shepherd,” And the sheep answer: “You are my shepherd, O Lord.” Dear sheep are so happy to have a good pastor that they give pastorized milk. I wonder if you want to be treated like sheep – pasteurized or not. Personally I don’t. We already have everything we need with our human rulers who shear the wool on our backs. Imagine what it would be with super predators of the size of the former gods. The collective unconscious invented horror movies to prepare us for that.

Once more, the return of the gods will mean the war and serfdom of the human race. Once more, they will need cannon fodder to their divine wars and manpower to repair the damage. Do not believe the beasts that preach a god of love, love is in our hearts, and hatred too. We don’t care about gods and demons. Bye bye both, stay home. And we will stay here. Everyone for everyone, and they stay up there.

Jacques Prévert is of my opinion, I thank him for it. “Our Father who art in heaven, stay there, and we will remain on Earth, who is sometimes so nice.” Yeah. So nice, but so rotten. In the time of Prévert, it was less visible. But now … It promises us millennia of slavery under the leadership of the fierce gods to put everything back in the state where we found it … because all by ourselves, we will never cope with it.

Our Father who art in Heaven,
just stay there.
And we, we will remain on Earth,
which is sometimes so nice,
with it’s New York mysteries,
its Paris mysteries too,
which are well worth the ones of the Trinity.
With its small Ourcq canal,
its Great Wall of China,
its river near Morlaix,
its bêtises de Cambrai
with its Pacific Ocean
and its two ponds in the Tuileries garden.
With its good kids and its naughty boys
with all its wonders of the world
which sit there,
simply here on earth,
free for everybody,
scattered,
wondering themselves for being such marvels,
not daring to realize it,
like a naked pretty girl wouldn’t dare to show herself.
With the horrible plagues of the world
which are legions,
with their legionaries,
with their torturers,
with the masters of this world,
the masters with their priests, their traitors, their mercenaries
with the seasons
with the years
with the pretty girls and the old farts
with the hay of misery rotting in the steel of the guns.
(source)