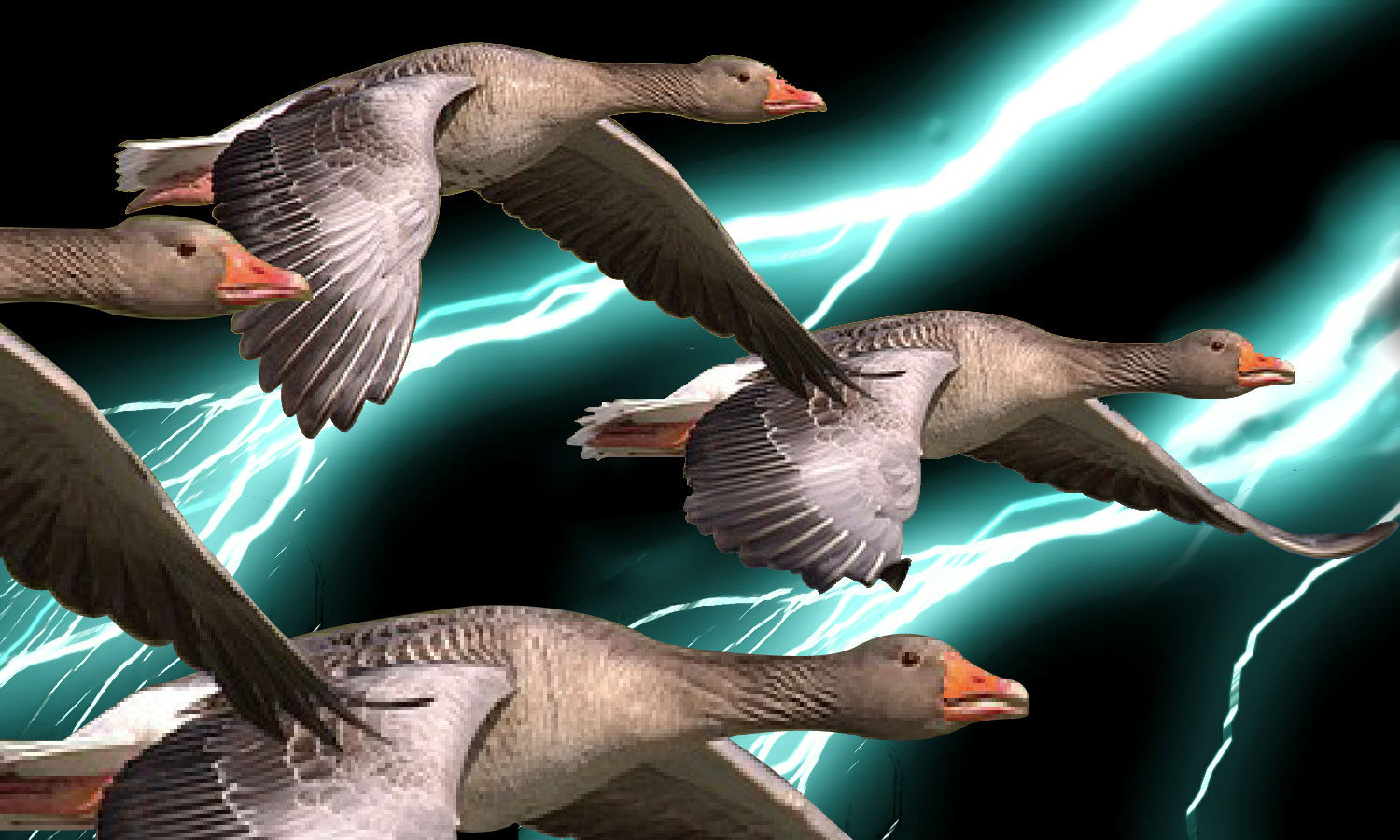 It seems that from the very beginning, our species has been driven by beings much more powerful than us. They knew very well what they wanted, unlike our distant ancestors, overwhelmed by events. And it looks like the whole program has gone according to the traces found in all the languages ​​of the earth …

Yes, it is the most surprising. Pathways to the original mystery open in all languages, even the most vernacular. I should say especially the most vernacular. The sacred flees the dominant thought, flees the elitist culture and near or far, all that touches the intellectual mind and the societal ego. It is by wandering in the shallows that we discover the most beautiful roses, those that grow better on manure. It is by picking the green languagea French name for slang that we discover pearls that owe nothing to culture.

French name of a reverse slang, the verlan is the last avatar of the language of birds, or rather the language of Goslings since it is the real name. I showed how, in verlan, angels are giants. Great mysteries are hidden in the suburban slang that it is fashionable to laugh at when you’re intellectual. There is more truth in the green language,slang wherever it is, than in all the cultural meta-languages ​​of the meta-barons of the system. The first terraformers settled first in the Urals, UR ALL(s), meaning “first universe”. ALL means the great whole, therefore the universe that contains us. And UR expresses the origin. UR in Chaldea, well known by cruciverbists, is supposed to be the first human city, before becoming the hometown of Abraham, or rather Abram. We live the age of the prophets. The crowd needs idols. But the only idols that mark the time are from the depths of the people. See where les BleusFrench football team come from …

Now the golden age, gee, what an age! This was not a period as golden as one might think. Except for the gods, of course, who have feasted on the sweat of our brows. OR is a phoneme of the original language that signifies the origin, precisely. According to the languages, it is pronounced OR, OUR, UR or OL, OUL. The edge, the dawn, the original organization brought by the supermen from Alcor, Ursa Major. Gold is or. It is a major good who always comes before. And we find this phoneme with the same meaning in many languages ​​of the planet!

In German – which is a veritable conservatory of the golden tongue – the prefix UR indicates the origin, as in Ur Deutsch. In Breton Diwan, conservatory language too, one finds dor, the door – digor, the opening – kornog, the west – aour, the gold – orient, Lorient or the orient – orin, the origin, original. (source)Gwendal Leblay About the word orin, it means in French “cable connecting an anchor to a buoy that allows to locate the anchor“. The orin indicates the origin, just follow it to arrive at the anchor. In my opinion, this French marine term whose etymology is uncertain finds its source in the Breton word orin, the origin. 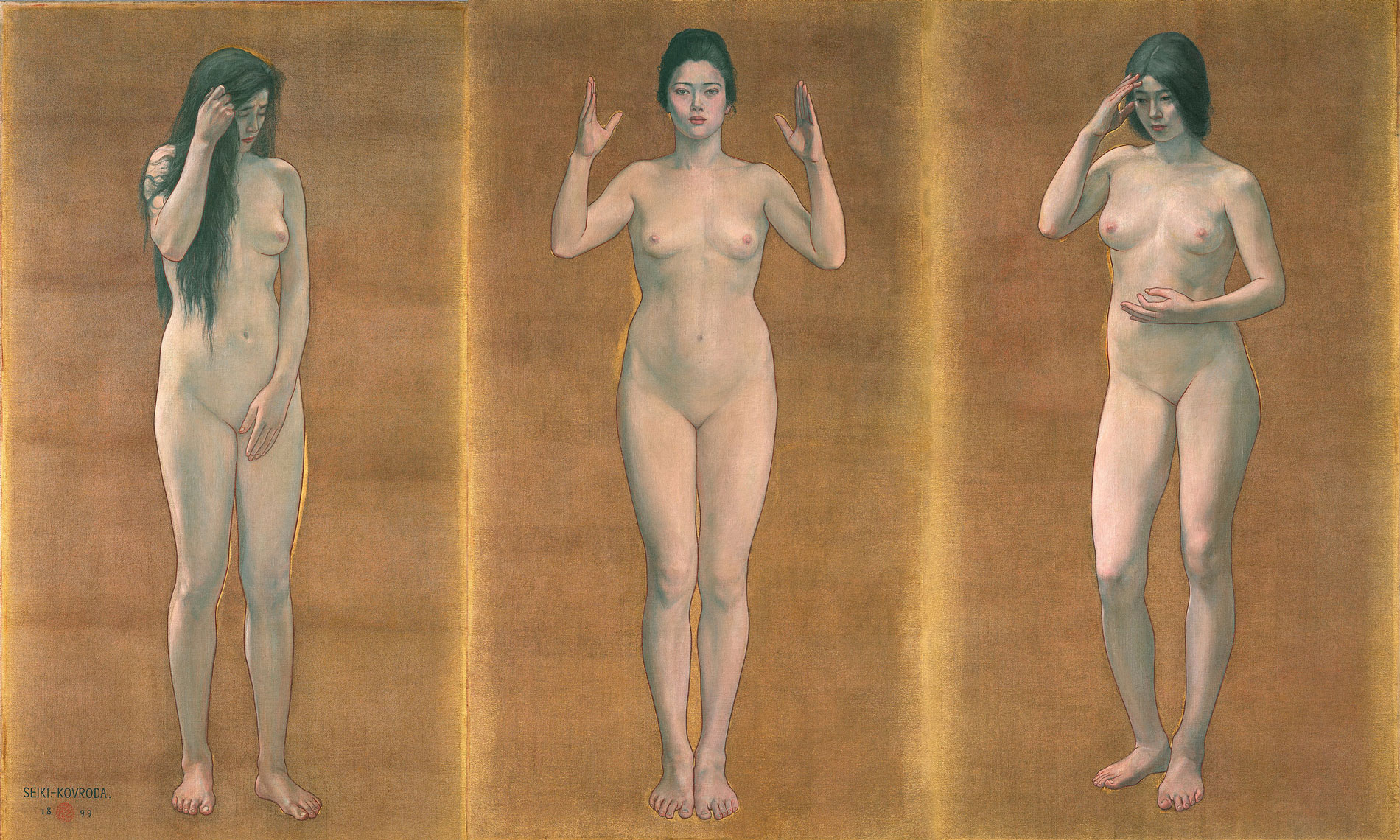 In French verlan, Age (d) orGolden Age gives Or agethunderstorm. And that’s not innocent. Orage (thunderstorm) is a characteristic of the golden age, the time when the gods mastered the lightning that crackled in gigantic lightning power plants. Yes, perfectly, and for me it has a close relationship with “les Bleus“ world champions. Twenty years ago, I didn’t care about football. This sport a little tacky had not yet touched me, I considered it stupid and vulgar.  1998 was a great year: the first star on the jersey of les Bleus, and my first discoveries in nonaligned archeology. That summer, with a showy friend, I explored for the umpteenth time the delicious Wiltshire, its crop circles and megaliths. I do not have a great passion for Stonehenge, the monument is not original and its reconstruction has not restored the energy of the place, pumped by too many visitors. My taste brings me to Avebury, where I had trained my girlfriend. This sacred place still works, one feels pulsing divine energy.

It was the shock of my adult life. She and I had gone back in time. We saw the great stone, water and light machine shining brightly in the Neolithic night. We saw Dana’s people dancing naked in the valley, oh yeah. The former gods crackled from their toes to the ends of their long hair, which they wear up to their belt of leather and studded silver.

Under their fingers, the balls of lightning turned into white leprechauns – their dance is unforgettable. As in a mad canvas of the great Vincent, whirlwinds of raw light carved a cerulean and Prussian sky. The ocher and the zinc white, straight out of the tube, exploded with all their vigor on the blue glaze. And the music, oh! A galactic symphony in which the brass were angels and the percussions, the strong thundering stubborn thunderclaps.

At that time, there were lightning plants all around the globe. On these plants, thunderstorms were continuous, supplying fulguric energy galore. It ran machines, it lit homes, it enriched human and animal drinking water, and last but not least, it turned men into gods. Lightning plants were sites of enlightenment. The balls of lightning gave the kiss of Isis. 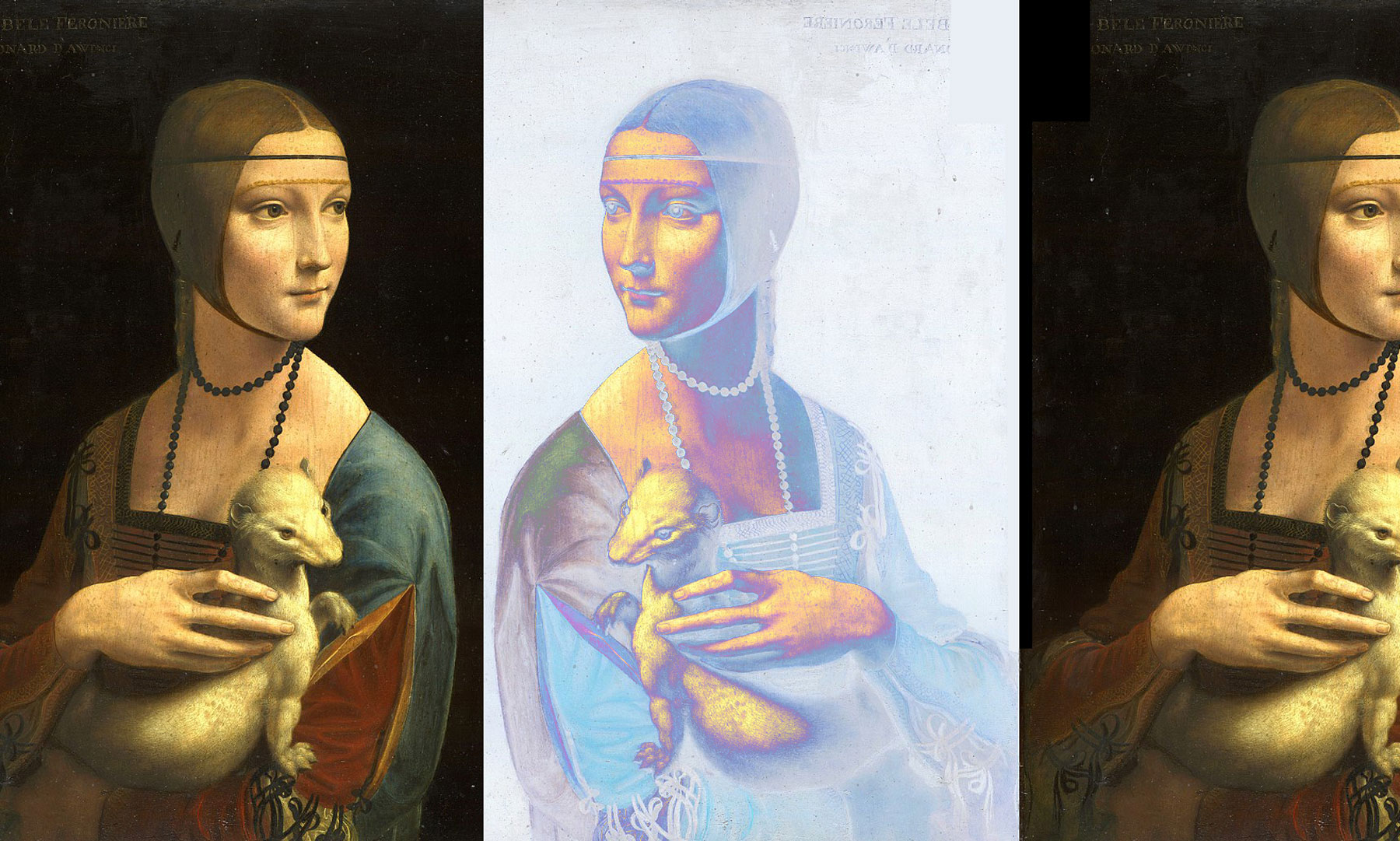 And as we explored the old stones and tumuli around Marlborough, English people were asking us what we were doing there instead of supporting our team winning the World Cup. They poor English had been out at the beginning of the tournament. For my girl and I, there was much more important things to do than to kick a ball, even a round one. Nonsense hobby compared to ours: to see arise from the prehistory those monuments, those factories, a way of life, an unsuspected industry! Rebuilding piece by piece the incredible saga of the planetary discoverers!

It all started that summer, just twenty years ago. When I understood for the first time who our first ancestors had been dealing with, terrible weather where the gods walked among men. When I saw and heard a gigantic lightning strike operating in front of us in all its wild splendor. Without the Henge of Avebury, without the pyramid of Silbury Hill and without the covered alley of West Kennet, there would not have been Eden Saga. And without the victory of les Bleus at the time, I would never be a football fan. Today, twenty years later, the discovery of the Avebury Lightning Plant has resulted in many more finds. This site has 700 articles, you will find in each of them several unpublished finds. Treat yourself, it’s for me, it’s a gift. I loved this beautiful world cup, which defeated the stars and beat the odds. I loved especially les Bleus, this too nice collective, these warm and victorious young people who honor the coming France.

This does not prevent me from continuing my research, for your pleasure … and mine! I love what I do. I will not exchange my place with anyone, which is a good thing since nobody asks me. I do not count the hours spent broken on my screen, after those swallowed down the rocky slopes, exploring burrows and chaos to go back over time, where my dreams take me as soon as the desire takes me. That is several times a day. What a pleasure to explore our Golden Legend! As Astier points out in his brilliant Kaamelott, legend comes from the Latin legendum, which means: worth reading. So much for etymology. But in the language of Goslings, Légende Dorée reads: Les gens d’oréePeople from the edge … Those of the beginning, my friend!

My discoveries are yours, I do not want to subtract anything. They will only take effect if they are widely shared. It’s going all right. Let’s continue the fight. In 10 years, this site reached 4 million people in all countries of the globe. 3/4 were quite sensitive to the magic it contains to return more than once. I did my part, now my readers will be able to do theirs. A dozen authors have already gave me a helping hand, many thanks to them. There is more intelligence in ten heads than in one. If this approach meets yours, if the desire to write holds you tight, if you have dreams to share, please write to me, send me your texts or your projects, the Saga needs you. 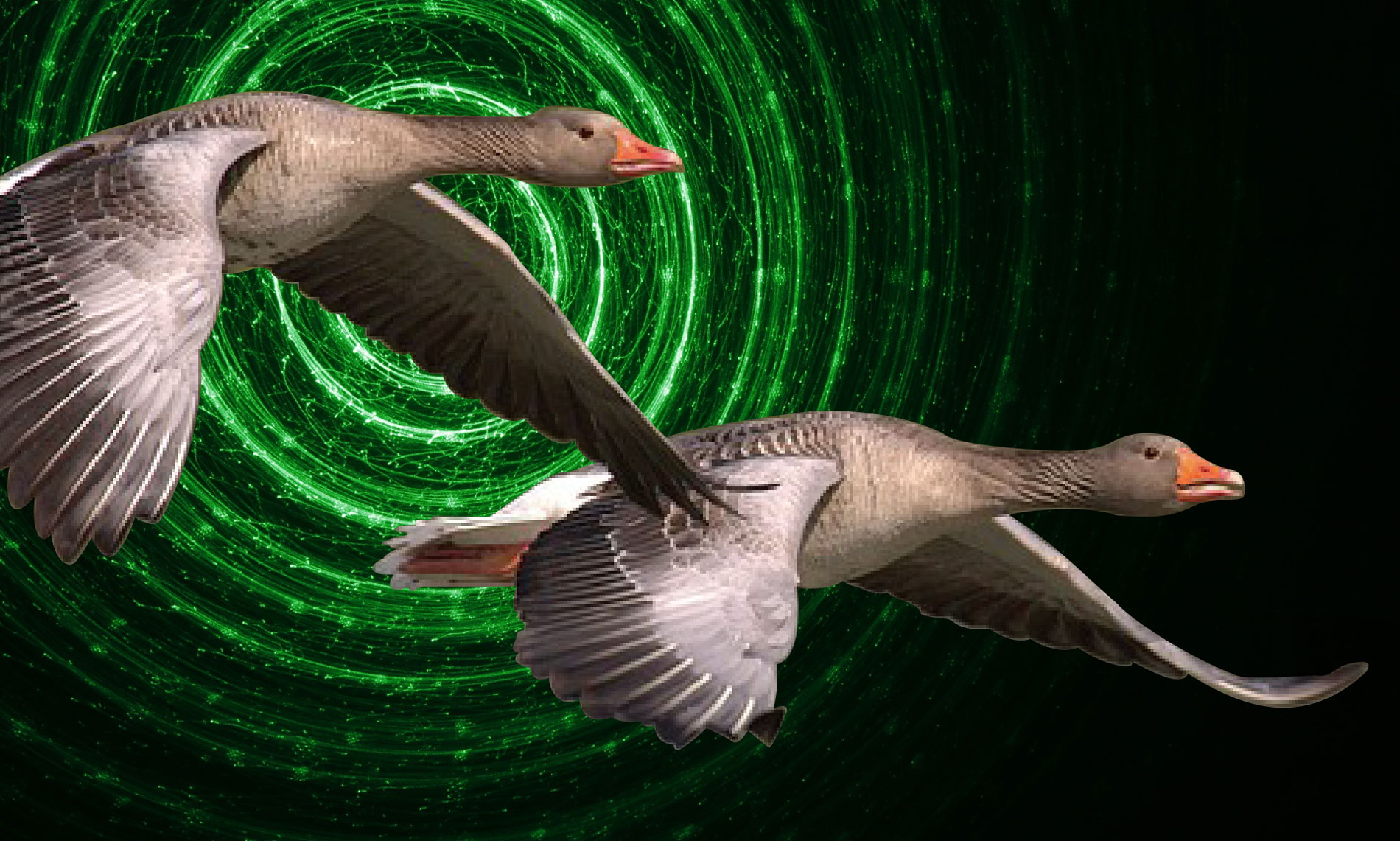