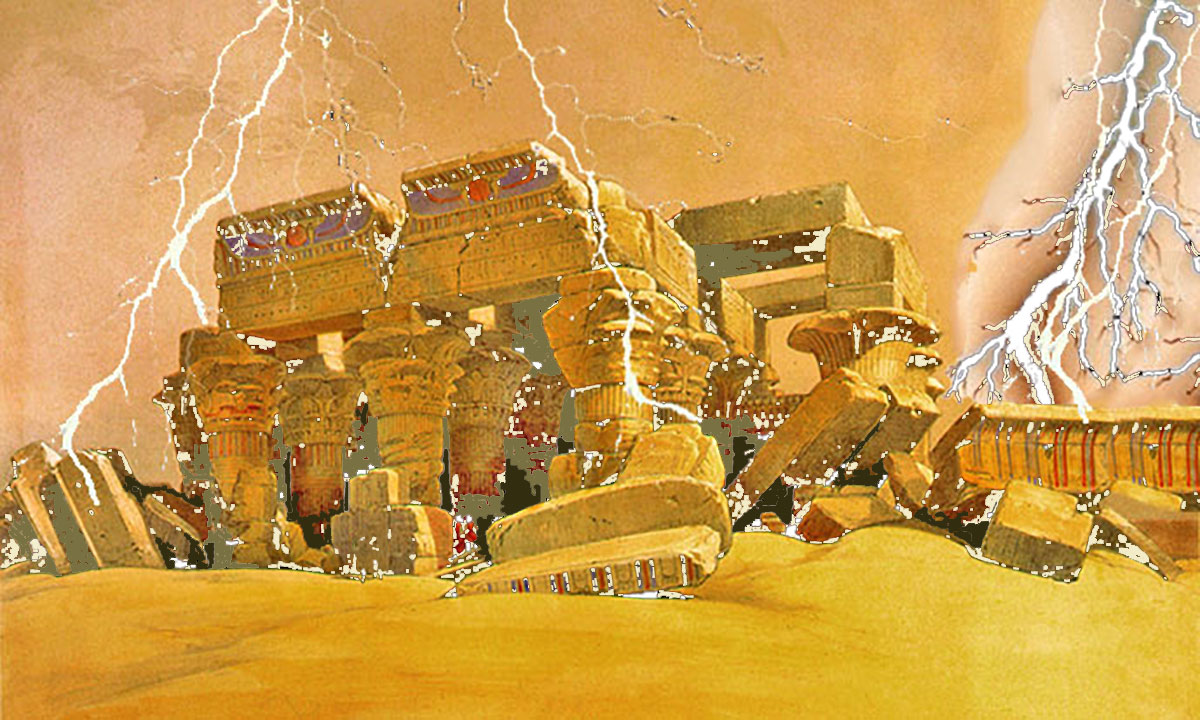 They came from the stars to terraform this planet. They had a secret weapon: awakening. They have not only given us life, they have shown us the way of enlightenment. There are ten thousand ways to obtain the most precious state. Our masters had the great generosity to sow in us a divine seed. Some of their genes. They have made us capable of awakening. But in these days of deep sleep, who still remembers? Worse still, who cares?

To who knows how to look properly, where it is necessary, the traces of their works appear everywhere. Harmony of landscapes, perfection of forms, beauty of colors. Wherever man has not muddled life, there is the spectacle of unparalleled splendour. Nature has nothing to do with it. None of these marvels is due to the mere chance of natural forces. When we let nature do its work, we get at best a nice boondoggle, at worst a terrible chaos.

Often man disregards what he doesn’t understand. I explained already the real use of dolmens and menhirs: same as pyramids. A powerful civilization has erected them worldwide. It is often called Atlantis but Civilization of Pyramids would be a better name. 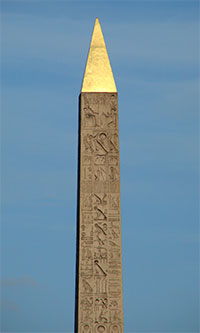 Neither the dolmens nor the great pyramids are tombs. They are machines. Lightning factories. Electrical power plants and temples of initiation. In Teotihuacan, Mexico, the ancient gods had built impressive monuments that can still be admired.

“According to many local legends to which, passed down from generation to generation, they are associated, these monuments had been built by giants and their function was to transform men into gods.”  (source)P. Tompkins, Mysteries of the Mexican Pyramids, 1987, pp 11 et 12 Transform men into gods? Quite a job indeed! So our ancestors had numerous tricks to do it.

We have seen how Gilgamesh had equipped the temple of Uruk with a lightning rod to catch the blessing of heaven, the lightning that transforms us into gods. Solomon had probably done the same in Jerusalem, and Heliogabalus  in Rome. But those ancient lightning rods didn’t fit ours. These are called lightning rods, but this is not to do an analogy with our lightning rods, that divert lightning from towers or steeples to send it back to the ground.

The lightning rod of Gilgamesh never did that. They would better be called lightning sensors, such was their function. An electric battery maintains its polarity so that it continuously attracts lightning.

At Teotihuacan, the pyramid base is insulated with mica. Sometimes constantly the thunder roared and lightning fell on the sensor, shaking the temple to its foundations, lighting up the pyramidal summit with silver and blue fireballs that rolled and shoved towards the Holy of Holies.

It is this Holy of Holies that reproduced on a smaller scale, and in a totally different way, the ark of the covenant of Moses.

The Holy of Holies is the temple’s most sacred place. It is found in Asia, America, Egypt, and throughout the Middle East ; in ancient Europe with Greek and Latin temples, and medieval Europe with the Gothic and Romanesque churches and cathedrals.

But first and foremost, it is found in megalithic sites like Avebury, with the West Kennet Long Barrow. We call the lodge of light or enlightenment. As the Holy of Holies, we’ll find lodges of light in one form or another in all the ancient temples worldwide. 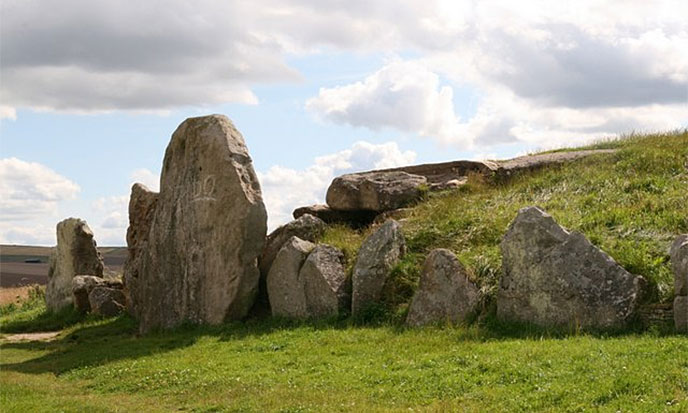 In the Great Pyramid attributed to Khufu, the pseudo-sarcophagus in the King’s Chamber, misnamed: its real name is Isis’ Chamber. This is where accomplished the final stage of initiation into the mysteries of Isis, the outpouring of lightning.   Some initiations are cosier, but few are as effective. When one survives … The Great Pyramid was built for this purpose: to allow insiders to receive lightning electrotherapy treatment.

The King’s Chamber, with its empty tomb and the so-called “bows of discharge” which overlook it, had an electro-initiation function so powerful that the initiate who received it, lying naked in the tomb, could all of a sudden acquire many psychic powers, these famous lost powers which make men the equals of the gods.  Michael Baygent claims, following Edgar Cayce, that Jesus himself would have received such an initiation during his stay in Egypt.

Balls of lightning are the agents of an instant enlightenment. Lightning is delivered by metal rods to the bows of discharge, which burst it into balls. In his tomb, the future enlightened awaits the occurrence of the lightning balls. Soon the ballet of light will illuminate the room of Isis. The candidate, rather impressed by the risk and the conditioning, when he was waiting for the famous baptism by fire from heaven, what thoughts crossed his mind ?

We guess he did not lead off. If he survives, he will be invested many psychic powers, the famous lost powers that make men equal to gods. This is what happened to Jesus. Mary has given birth to him, but his real mother is Isis, who gave him the light.

Subsequently, other techniques have been developed to obtain enlightenment. Sometimes less dangerous, certainly easier to implement. For instance, the Ark of the Covenant was a capacitor capable of generating lethal rays of lightning but also glimmers of enlightenment. Some “weapons” of the Former Gods also combined these two issues.

And other great builders, instead of lightning, have captured vril, the electromagnetic energy and more, which is all around us. Their temples functioned as Faraday cages, capable of protecting the faithful from any harmful radiation, and of amplifying the beneficial energy of the place. Dating back to Atlantis, this architectural knowledge was implemented in the dolmens and long barrows in Europe.

By a singular jump through time, the sacred building will reappear in the 11th century CE with the builders of cathedrals and crypts – real awakening machines.

Man has this choice: let light in or keep the shutters closed. (Norman Mailer) 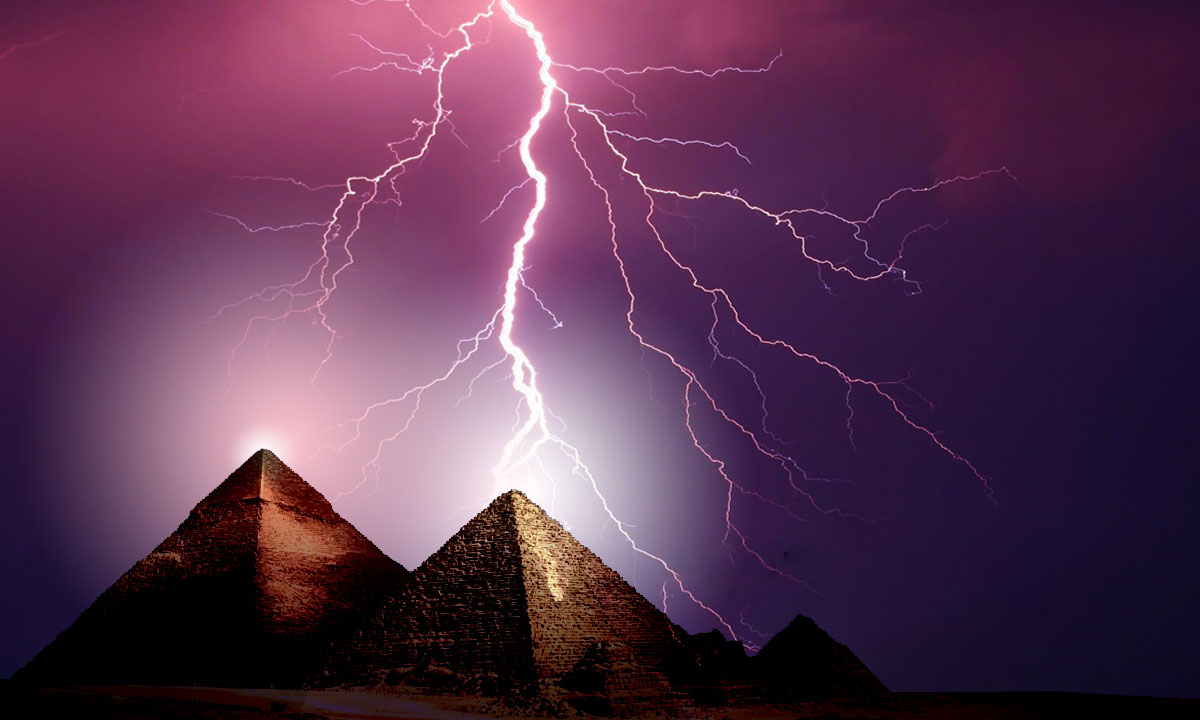 To wake up, there is not only lightning, fortunately! Its use is uneasy, delicate and fucking dangerous. In this chapter you will find some of the awakening techniques that the former gods taught our distant ancestors. Here are links to the main articles.