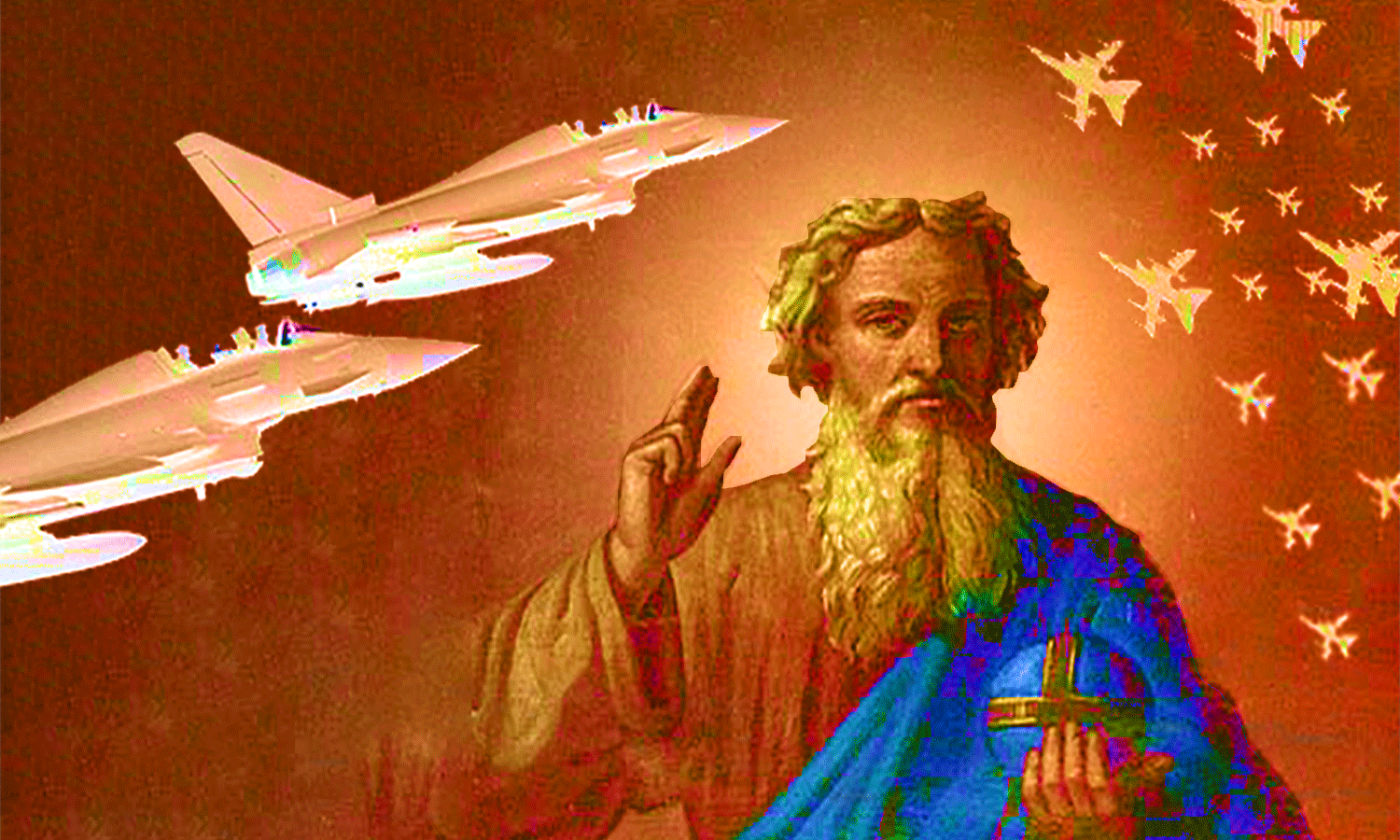 I have written it many times: the former gods were mortal. All of them. Olympians, Titans, Anunnas,  Elohim, Aesirs, Elves, Giants, Angels, Cyclops, Devas, Heroes, even the animal Gods of the Egyptians and the Hindus, all without exception. Every living being is mortal, such is the Rule from which even the gods can’t escape. Thus want the Three Fates, mistresses of Destiny.

Let’s limit to the Olympian dynasty, the least dangerous to dismantle : I told what the Greek mythology does not make mystery: the death of Zeus. As I have already said, the French word God comes from the Greek Theos, which means Zeus and also God. So when French speakers, Spanish speakers and other Latin languages pray to God, Zeus listens to them. No mystery if he’s quite hard of hearing since he died long ago … Too bad that Nietzsche did not study Greek mythology better, he had learned that he was not the first to announce the death of God!

So God is dead, and we can see. What about Yahweh? Is he still alive? The mystery remains, although I have my own idea. All I can say, Yahweh was not appointed to rule Terra. Yet he did.

Did he disobey orders? Yes. And no. The orders didn’t come from the Galactic Center, and it’s been a long time since the Great Gods cared about us like a peanut.

Nor did the orders come from the Great Bear, the original constellation of our creators, the terraformers. Their instruction was simple: terraform this planet, no matter the cost, no matter the means, no matter the losses. On Ur of Alcor, the reigning Great Goddess was so far from the last conquest of her legionaries, ie planet Terra, that she didn’t care.

Yahweh therefore followed the custom of his time: the strongest wins. As he had control over the troops–a hundred thousand legions of angels with their weapons of war, archangels in shambles, cherubim, and other deadly devices like the Ark of the Covenant or its atomic bombs–Yahweh was well placed to succeed in a military coup. This he did. Let us not forget that he describes himself as a jealous God. The Bible adds that he was Deus sabaoth, god of armies. 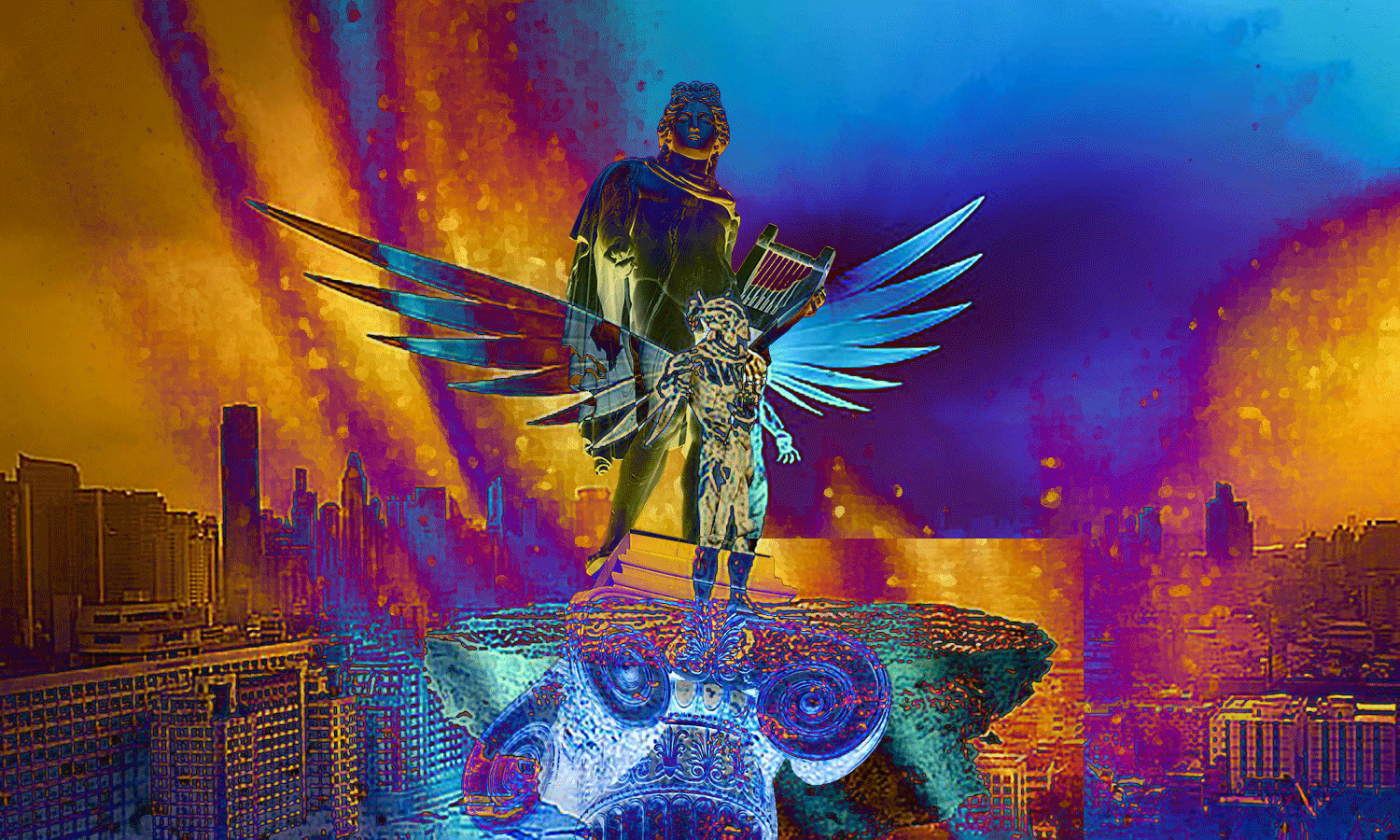 So Yahweh God set out to shoot the patron of Terra, a certain Baal, or Bel, or Belenos — the Ram God. This Ram is Rama. So we can conclude this: if Rama disappeared from Western memory, it was through the combined action of Judaism and the Roman Catholic Church, to sit Yahweh on the usurped throne of the One God.

There is no more One God than teeth to hens. Get it out of your head once and for all. We’ve confused the former gods with the Source. And we’ve forgotten that the Source is invisible even though we see it everywhere, inaccessible while it is in each of us from the origin of the multiverse. The Source is impersonal, superabundant, inexhaustible.

On the Source there is an inscription in all languages. Humans, gods, aliens, animals and even plants can read and understand: Help yourself. The Source is, say, kind of computer program 100% ergonomic and bug-free guaranted. A free vending machine that is always full and never breaks down.

It is not the Source that you pray for, but an intermediary that intercepts the communication. The Source can neither hear us pray, nor hear our prayers answered. Moreover it takes a mad pride to claim to speak with the Source of all that is, has been, will be. The only god you have to believe in is your own coming divinity. Work in this direction. And when you communicate with your unconscious, there is no need to call it God, Rama, Yahweh or My Angel. There is no need to call it, no need to pray to it. Order him to grant you. It works better.

The Source is the origin of everything but it will not die. It is not a being, nor someone you can say: she is alive. No one, no one, no living, no mortal, she’s nowhere, but she follows you everywhere. The Indians of the American plains call it Wakan Tanka, the Great Spirit. The mystics call it the Source. They do not pray to it, but all of them can feel its gushing in all their fibers. Nagual warriors call her Intention + Energy. I do as they do. In fact, they don’t understand anything about it. I don’t either. The Source remains the deepest mystery of the multiverse that yet abounds in it.

Getting Baal is quick. That’s just it. Because of his great age, Baal is the father of all the living, of all the peoples, and the patron of all the planet Terra. You must first slide a corner into his empire. Preferably near the plateau of the Bekaa, his fief n°1. And its earthly capital Baalbek, the divine astroport and all the divine amenities of a high-tech hub.

“Now Baalbek can fall in my bag,” said Yahweh, rubbing his hands. “If Baalbek falls, the Mediterranean will fall. Then i get them all! Africa. Far East. All the zoos with their beasts!”

The joyful rebel can’t refrain his frenzy and starts his dance. In a trance he turns the globe in his hands. It sounds like the dance of Saint Gui. Charlie Chaplin was inspired by this scene and put it in The Dictator. 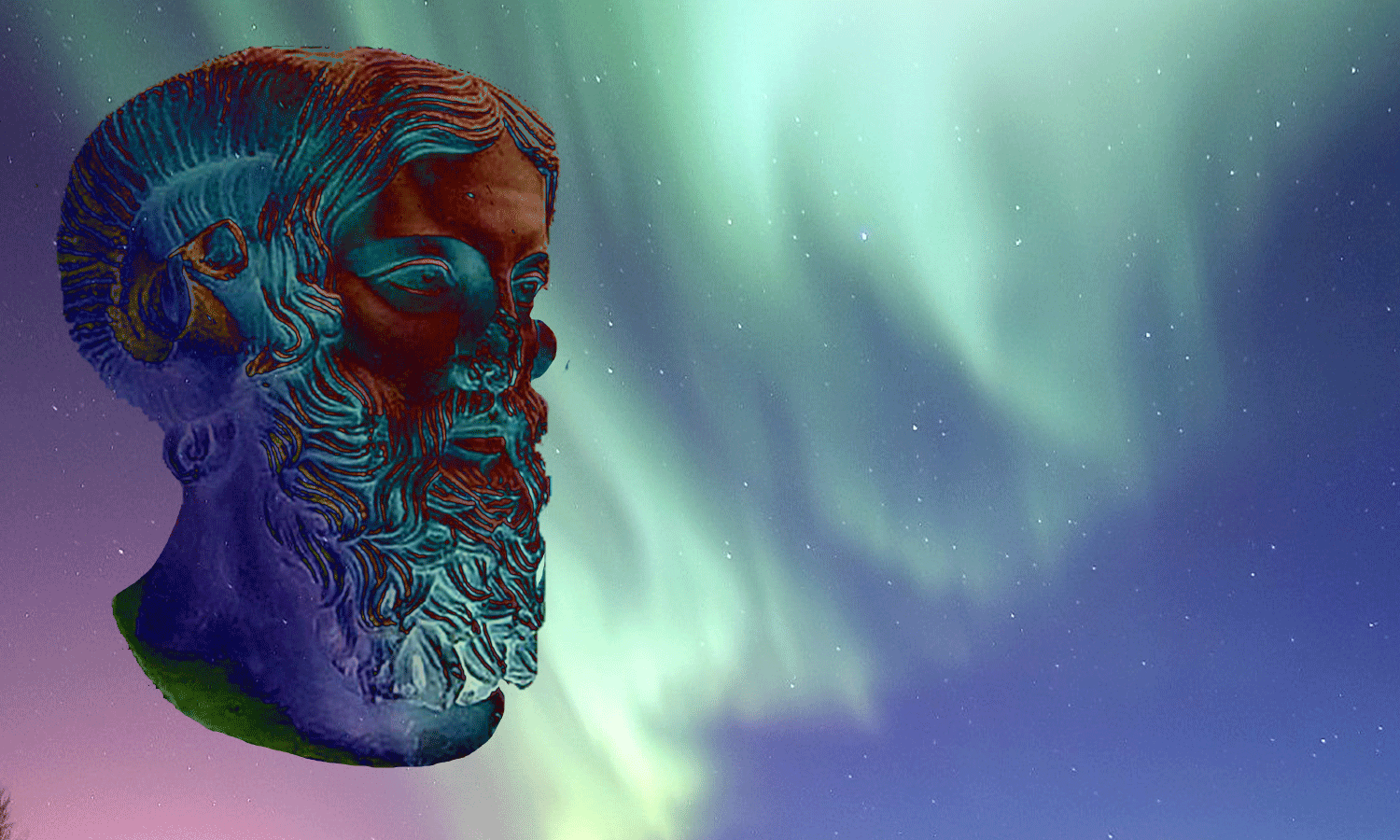 The Name of Gui

I wrote Saint GuiFrench: Mistletoe instead of Saint Guy. It’s not a spelling mistake. Saint Guy is a young Christian martyr who died tortured in 303 AD. If the chorus or dancing mania is associated with him, it is because he healed several Christians who had prayed to him.

Saint Gui — ie St Mistletoe — means something completely different. It is not a person, but a slogan: Hallowed be the mistletoe! This healing plant means Druid. And Druid Ramos cured a pandemic by using the fruits of mistletoe. Ramos is Rama. Ra. Lama. Bel. Belenos. Belzebuth. Baal the Black. Ram the Ebony Aries. It was in the days when Celts and Vikings were black.

Yahweh makes castles in the air, although the country doesn’t exist yet, but he doesn’t care. After the fall of Baalbek, it will be necessary to attack Europe, stronghold of the faithful of Hyperborea. Not won. For them to deny Ram Belinos, their miraculous god, will have to get up early. Yahweh is morning. And very patient. Everything in its own time. Rome did not happen in one day. Baal Rama took 2000 years to impose himself everywhere before collecting dividends.

One does not become God of the gods with the snap of one’s fingers. The countries of the end of the horizon will remain: America, Oceania and distant Asia. It will take as long as it takes. Yahweh has two thousand years to live,average length of former gods’ lives perhaps more. With Gilgamesh’s magic potion, he can reach the age of 3,000. The truth if I lie, you disbelievers!

Their last conquerors has been the War Lords of the British Empire. Those sneaky snipers flew away like farts leaving an awful mess behind. Jews have long lived in good intelligence with the Palestinians. Both were already present in David’s time. The Jews were called the Hebrews, the Palestinians were called the Philistines. Their hero, the giant Goliath, faced little David in a singular battle. If the latter had not won, Israel would still be Palestine. 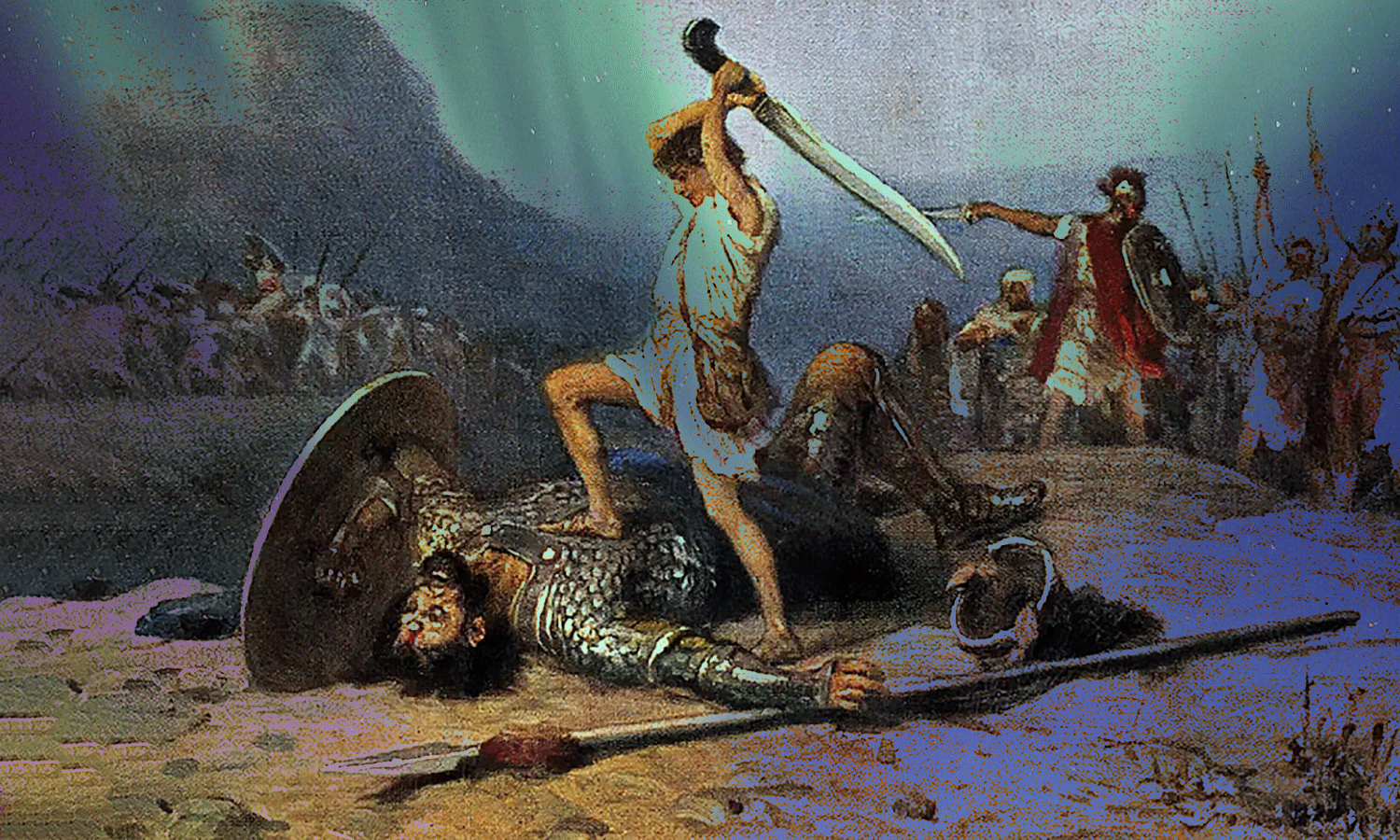 But David won with no sweat. It must be said that old Goliath was crushed by a gravity that had gradually eradicated his race. Jerk, lambin, very slow, his 4m high was barely 3, as he was vaulted. The Palestinians only took him out of his cave to walk him once a year on a twelve-wheeled throne pulled by sixty buffalo. He was no longer a terrifying fighter. But the Jews knew nothing of it.

The Palestinians had imagined that the sight of the giant alone would scare them away like the invasive ants they were. But no. Lack of luck. It was to misunderstand Jewish tenacity. And courage. And insight. And great insight. And also the news from Yahweh: “The poor guy is so hoarse that you could shoot him in the sling!“

David listened to the word of his God. And Goliath died. And the Jews settled in Philistine. In the land promised by Yahweh. The promises of the powerful do not cost them much. Especially when what they promise does not belong to them.

The day after the victory of the Jews, Yahweh sent a legion of exterminating angels to attack the Baalbek spaceport.

And Yahweh dreams: – The Palestinians will get out of there very soon. With the support of my legions of angels and their SciFi gadgets, the Jewish people will have no trouble throwing them out.

On this point, the Almighty was wrong. The Palestinians are still there, waiting for their invaders to break camp. (David?) 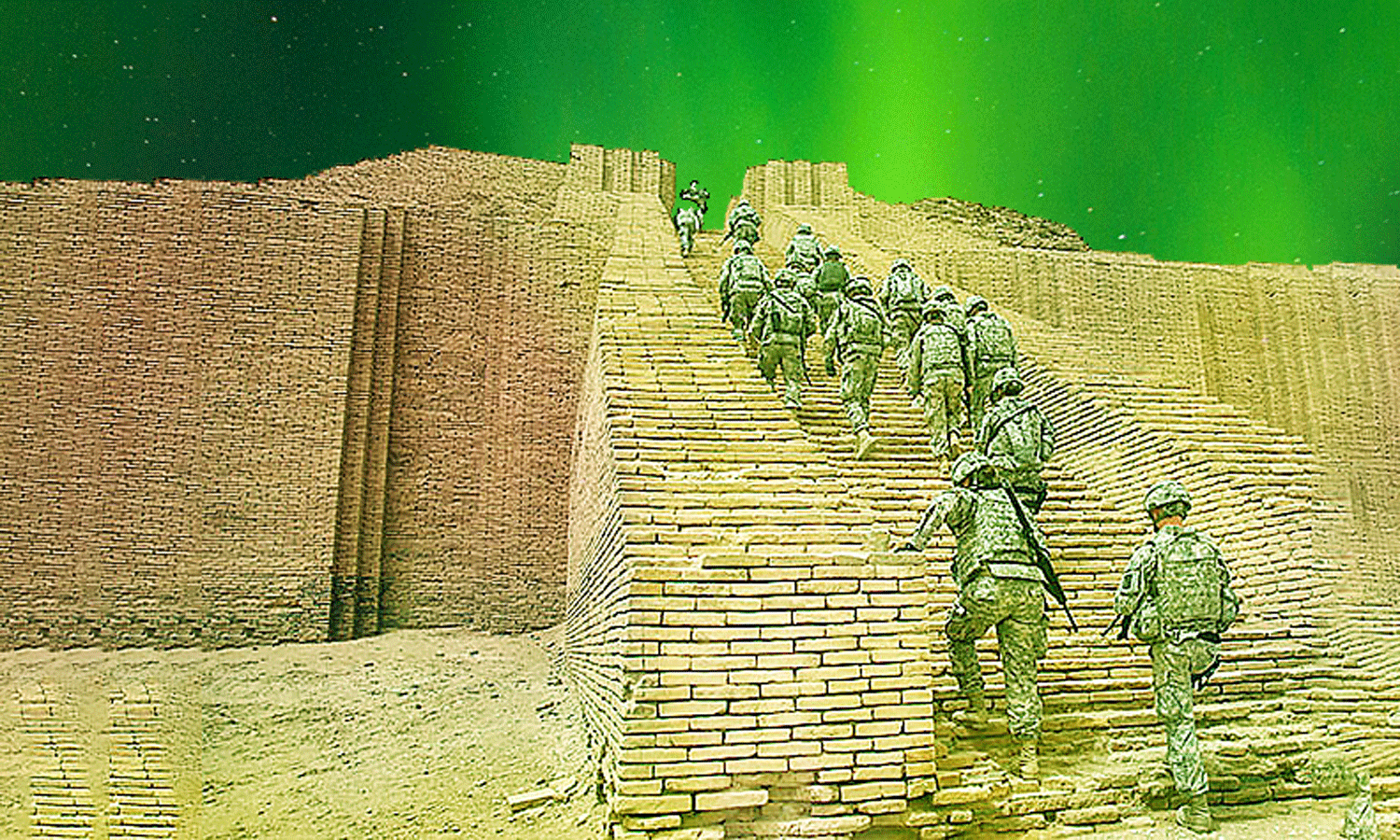 The Naval Support Facility Thurmont, better known as Camp David, is the official resort for the President of the United States. It is 50 hectares (0.5 km2) in the recreational area of Catoctin Mountain Park in Frederick County, Maryland, a mountainous region 93 km northwest of Washington. The camp name David was given by President Eisenhower in honor of his father and grandson both called David.

This residence has been used as a framework for international diplomatic discussions, including:

Trying to make up such a gag, one would never succeed.

Generalism does not just obey the thirst for power. The bases of this conflict are geo-political, hegemonic and cultural. Nothing religious about it, religion will come much later. Like his chosen people, the skin of Yahweh is rather clear. It is not the same for the Sudeans, masters of Terra.

The Sudeans come from the south, hence their name.French “sud” is south They are black as ebony. Emperor Rama has black skin as night. Baal the Ram Belial of Belle-Ile is all that is black, and it is the god who reigned on this planet for 4000 years. Total respect. There is better. The first Celts, the first Vikings are just as black. Like many Hyperboreans. They are the ones who civilized wild America, long before the white settlers. The black race is the first that appeared, at the dawn of this humanity. Hesiod says it is the fifth.

Besides, it seems that the warriors of this distant time were not little males, no, no. The warriors were female warriors. But it will take time to see the textbooks evolving …

In the end, it still suits many people today to continue to make us believe in these old fables, legions of angels, the good God, the devil and his train. In the meantime, we are not addressing the real causes: racism and sexism. The thirst for power. The will to power. Contempt and intolerance.

Of course I forget.  The ethnic conflict? The fisc? The comics ? The ethics? Picnic? Encaustic? Nitric? Panic? Telluric? The chic ?  The colic? The alcoholic? The neurasthenic? The critic? The medic? The freak? The speak? The aspic?

Dominique? Why did you quit Terra with not a single word? 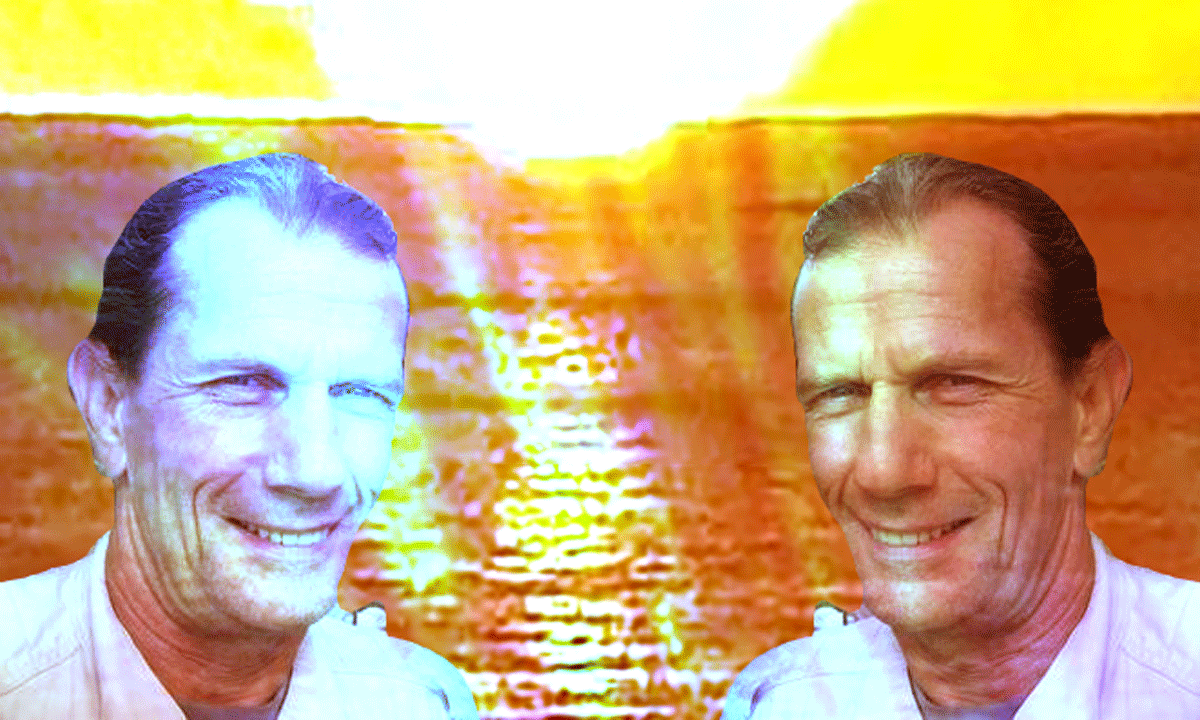